There have been 39 Formula 1 world championship grands prix in Austria – but only one Austrian driver has ever won the Austrian Grand Prix.

That was McLaren’s Niki Lauda, back in 1984, but, with his car’s gearbox slowly failing this was a win that really ought to have got away.

However, with a mix of guile and inventiveness – qualities that have long been associated with the wily Austrian known affectionately as ‘the Rat’ – Lauda nursed his car home to clear a path towards his third and final drivers’ world title.

In an excerpt from his intense and brilliant autobiography ‘To Hell And Back’ (published by Stanley Paul), Lauda pulls no punches in explaining just how close-run the event had been, and how he finally came to win his home race.

Lauda had qualified fourth, behind Nelson Piquet’s Brabham, team-mate Alain Prost’s McLaren, and the Lotus of Elio de Angelis – the Italian who had dramatically won at Zeltweg in 1982.

Piquet had led for most of the race, chased down by Prost, who spun off just after half distance. As was his style, Lauda had started relatively conservatively, but as the fuel-load depleted and the tyres required additional management, he started punching in fastest laps as he cut the gap to the leading pair. 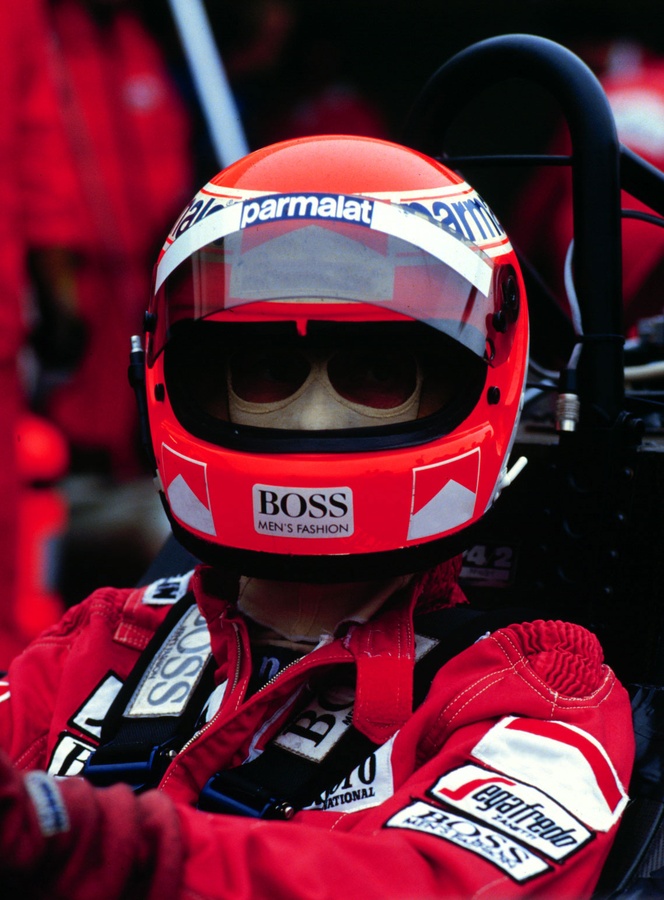 When Prost spun off, Lauda moved into second, taking the lead from Piquet on lap 39 of 51. He picks up the tale:

“Osterreichring 1984: I pass Piquet with 15 laps to go and move into the lead. Prost has hit an oil slick and spun out, so the world championship has taken on a whole new perspective. There is no real danger from Piquet – I have already seen that his rear tyres are on their last legs, so I don’t expect any more trouble from that quarter. All I have to do is bring the car home, the race is run.

“I accelerate out of Bosch Corner in fourth gear, there is a terrific bang, and I lose all power. The engine is still turning but no power is being transferred to the wheels. Differential gone, I think to myself, and hold my hand up to indicate to the others that I’ll be driving outside the ideal line.

“I move out left and am just about to find a convenient place to park on the grass when the thought strikes me: damn it, it’s a long walk back to the pits from here. Why not try coasting on a bit longer? I fiddle around with the gears, find third. It is still working. My first thought is, well, at least you can make the pits in third.

“In that kind of situation, it is hard to think logically. You are so attuned to driving at the limit that you can’t improvise once you leave the realm of super-fast instincts and reflexes and enter a much more banal world. I make no conscious effort to check what possibilities are still left – I simply put my foot down in third, shift up to fourth as the revs come up, get no response, and automatically move up into fifth. Fifth is working. Keep going, I think, maybe you can finish fifth or sixth and pick up at least one championship point. I stay in third until the revs are screeching, then bang in fifth. This will cut about five seconds off my lap times by comparison with a healthy gearbox. Piquet is 17 seconds behind me now, so it will take him three or four laps to catch up.

“I check the pit signal: 17 seconds ahead of Piquet. I drive as well as I can without a fourth gear. Next lap: 17 second ahead of Piquet. It flashes through my head, of course, Nelson knows the way I drive, he knows that I throttle back in the final stages and don’t give a damn how much lead I have when I cross the line. He probably thinks I’m deliberately driving more slowly, that I’m driving a tactical race, and that there is no point at all putting me under pressure because I’ll only respond immediately and put my foot down again. What is more, his rear tyres are not exactly in the best position to mount a real charge. 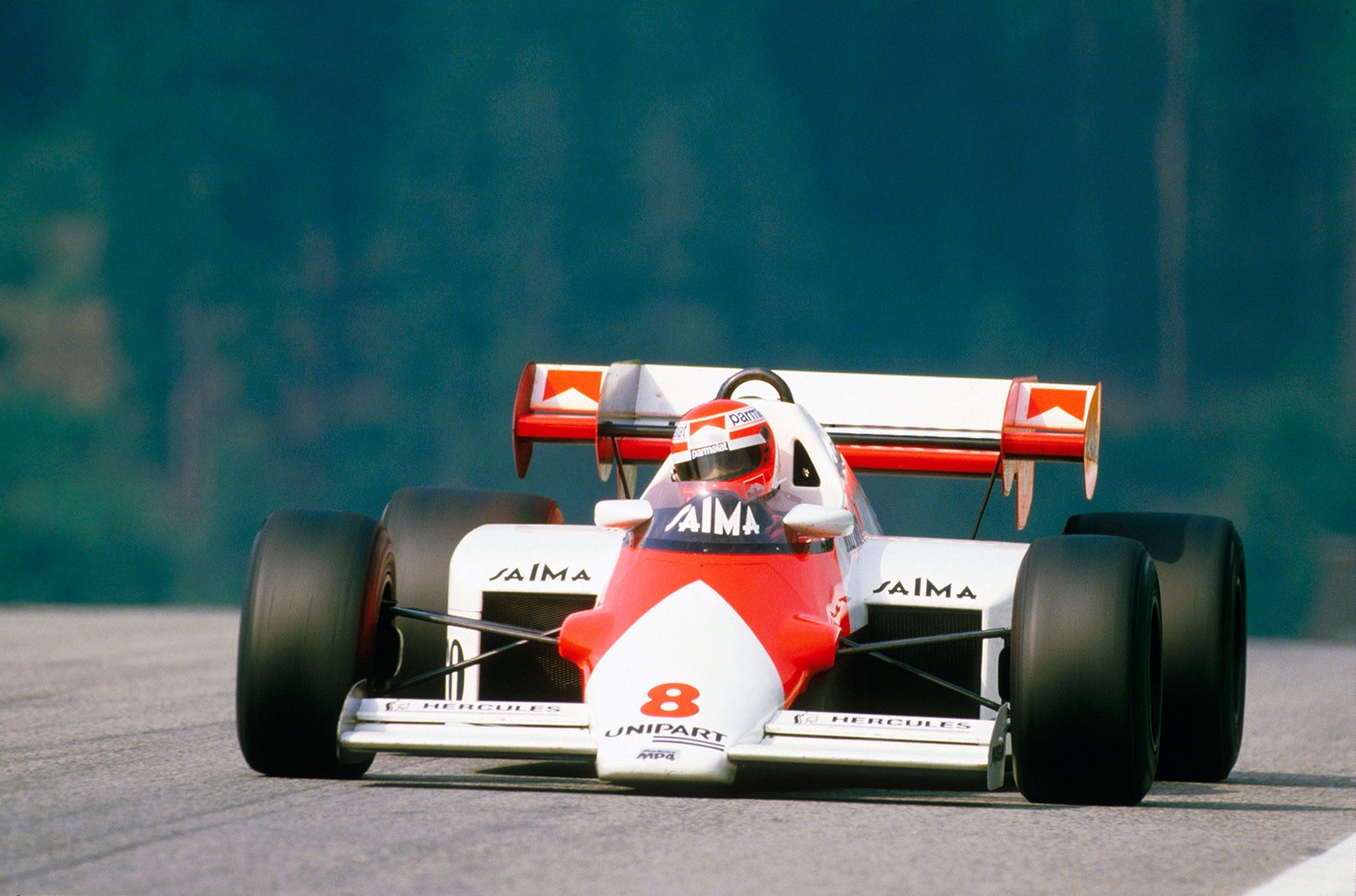 “It is extremely difficult to find the right moment to shift from third to fourth. The tension is unbelievable. When is Piquet going to realise that I’m not playing cat and mouse, that I’m really done for? And what if the fifth gear goes because the synchromesh rings abrade? Will bits of the damaged fourth gear get in the works and make a complete salat of the gearbox? I pray that I will make it to the finishing line. And, all the while, Nelson holds back, keeps position, thinking to himself: Niki is playing it cool.

“I can’t recall ever cluttering my mind to that degree during a race. By the end, my head was simply splitting.

“I take the flag. I am now neck and neck with Prost in the title race. Piquet and I walk up to the winner’s rostrum. He asks how things went. Well, I say, my fourth gear was shot. I can tell by his expression how shattered he is that he let his opportunity slip. He could so easily have won this grand prix. Of all the races that decided the world championship in 1984, one way or another the Austrian Grand Prix was my most fortuitous. It was a happy coincidence that it should have happened in Austria of all places.”

It’s the race that decisively swings the advantage back to Lauda, and away from Prost. Before the Austrian Grand Prix, the Frenchman had held a slender 5.5-point advantage over his team-mate; Lauda’s win moved him 3.5 points ahead. He kept his lead for the remaining four races, winning the world championship by the narrowest margin ever recorded – just half a point.