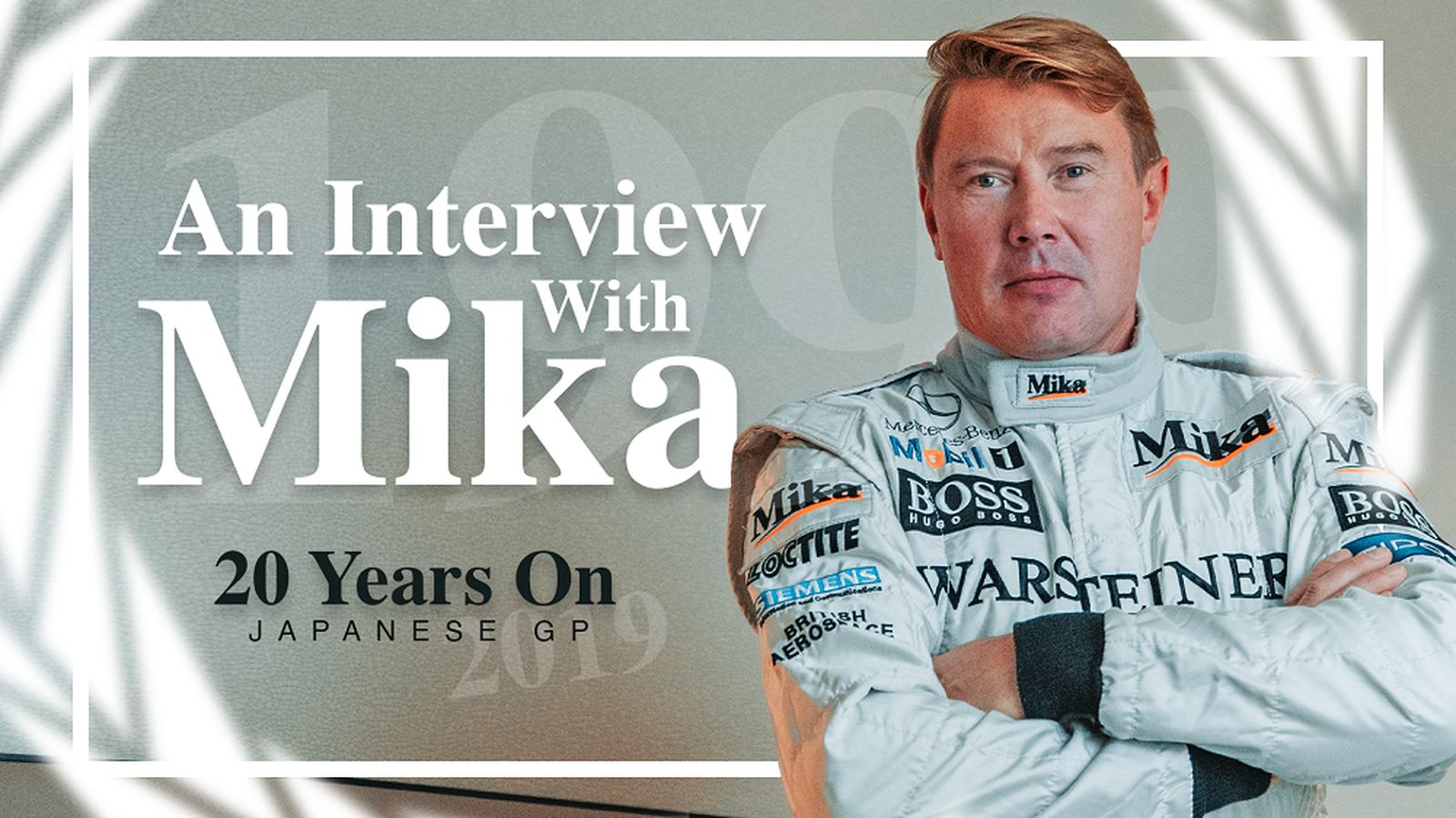 Well in this case, I have to say that this was a very special day in my life. Preparation for that day, the emotions I was going through was extremely high.

Going back to that day in ‘99 when I won my second world championship, it was a very emotional day. Especially after, when I did achieve winning the championship after the race.

The only thing that made winning the second championship easier was when I was fighting for the championship against an Irish guy, Eddie Irvine. He had an incident in Free Practice if I remember correctly, and really destroyed his car. He never recovered back to the same speed on the race track after that, so it gave me the confidence to know that this is not going to be a threat anymore. So, it gave me more confidence to perform well.

Except, there was of course Michael Schumacher on the grid, which was a wild card basically because I wasn’t sure what his behaviour was going to be on the race track. What I needed to do in ‘99 in the race itself was to make sure I kept him behind, in a big way.

Well the start in ‘99 in the grand prix at Suzuka was an absolutely key point. I had to make the start perfect. I needed to get the lead. Michael Schumacher was in pole position and I was on the dirty side of the track. What I had done that season, I had done millions of starts. Practicing starts, practicing starts, with the engineers programming the gearbox and the clutch to function the way so it fits exactly the way my style of starts. And it just worked out perfectly. We had a great torque in our engine; the clutch was developed in a fantastic way.

So also, I think what advantage I had was that the Suzuka Circuit start at the main straight is downhill. I’m usually left-foot braking in a Formula 1 car, I think 99% of drivers today use left-foot braking. So it was easy to hold the brake with my left foot, otherwise the car would start rolling down the hill. So that was one of my advantages also to be able to make a great start. It worked out really well.

I was a bit nervous of course. The clutch is a very difficult part of a racing car because first of all the clutch is very small. The temperatures are enormously hot so if you do put too much stress through the clutch you can basically destroy it. Luckily, we had done a lot of starts during the year to make it perfect. But when you’re under pressure and you’re on the starting grid, you can easily make a mistake. So again, talking about concentration, the focus, the preparation for that, you need to be very disciplined. That way you don’t put too much stress through the clutch.

Anyway, I had a great team, great car, so everything just matched together perfectly. When the lights went off, I made a start. I immediately felt like wow this is going to be the best start of my life. When the car accelerated, when you’re in first gear in Formula 1 if you put your foot down you definitely start getting massive wheelspin. But the traction I had, it was amazing. I was able to feed the throttle in a very aggressive way. And when the car accelerated, and the moment I was changing to second gear I looked at the mirrors and thought: ‘Hey, where are they?’.

And when I was going into the first corner at Suzuka, the only thing that came into my mind was: ‘Okay, take care of the tyres. There’s no stress. There is a really long race ahead of me. There’s no rush, no stress. Just take care of the tyres and warm up the car perfectly so that after five or six laps I can put my foot down and really go for it.’ So, I had the luxury in the first corner to think this way.

Then I just went flat out. It was really fantastic. The only problem when leading a race is that I’m always the first one who is facing if there’s a car in front of me: engine blowing up, oil on the track, incident. So, the team’s position to keep me informed was a really important factor. So all the time you have to keep that in your mind, when you’re entering every corner there can be anything. When you’re in the leading position in a grand prix, especially when you’re in a position where you can win the world championship, you really have to take care. Every turn, every movement, when you’re entering the corners, because you just don’t know what is coming.

The race goes on, 53 laps, halfway through the race you start listening and… am I hearing funny noises from the engine? Is the gearbox working well anymore? What about the brakes? You start thinking about weird things and the danger is in that moment you slow down. And with a Formula 1 car if you slow down, the temperature of the brakes goes down, pressures are dropping down, temperature of the engine goes down. A Formula 1 car is not designed to drive 90%. It’s designed to go flat out all the time.

You have to be really careful that, again, how your emotions are becoming part of your driving. So, you have to keep it out of your mind all the time – that way I’m heading towards the world championship. ‘Yes, I’m going to win this race’, you have to stop that and live that moment on the race track.

That victory in ‘99 was one of my hardest, toughest victories. Why was it tough? Even if it looked easy: started at the front, get the lead, win the race, thank you very much, bye-bye. Again, the preparation for that race – psychologically, physically – it was a massive challenge. And winning that race, I was completely exhausted. Exhausted mentally.

That evening I had a dinner with David Coulthard, my team-mate, and Ron Dennis. I said to David, “that’s it man, I can’t do this anymore. I’m finished”. David looked at me and said, “yeah?”. I said, “you have to win it next time, I can’t handle it!” I was really exhausted. It’s such a burning process what goes on inside, in your mind, in your body. That was the toughest race.

I wasn’t nervous at the end of the day. Michael Schumacher joined Ferrari in ’96 and not winning a world championship with Ferrari. ‘97 was very close, but he did not win it. ’98, well, I won the championship, he was second. ‘99 he had an accident halfway through the season when he broke his leg. That means it gave the opportunity to his team-mate Eddie Irvine to become a world champion.

So, in the last grand prix, I was fighting against Eddie Irvine. Michael was there, on the front row in pole position, and he had the chance to help Eddie Irvine become world champion. But in my mind, I thought, there’s no way he’s going to help Eddie to win the championship. He wants to be number one, so I was confident he wasn’t going to play games with me.

He even let me win…