In the third and final extract from Bruce McLaren’s autobiography From The Cockpit, we join him in 1963 as his racing operation was expanding from a small group of plucky racing enthusiasts to a serious works team fielding two cars. It was then that Bruce McLaren Racing Motor Racing Ltd was born…

For all its trials and tribulations, its triumphant high spots with a laurel wreath and the dismal feeling as you leave a broken car to trudge back to the pits, motor racing has become a way of life I wouldn’t think of changing.

It has both narrowed and broadened my outlook, giving me fantastic opportunities to travel the world, meet people and make firm friends around the globe.

I haven’t had any time for other organised sport, but am sure I could not have met truer sportsmen anywhere. True in the fullest meaning of the word. Sportsmen like Graham and Phil Hill, Dan Gurney, Richie Ginther, Innes Ireland and Stirling Moss. Or men with more drive and determination than Jack Brabham, John Surtees and Jimmy Clark. 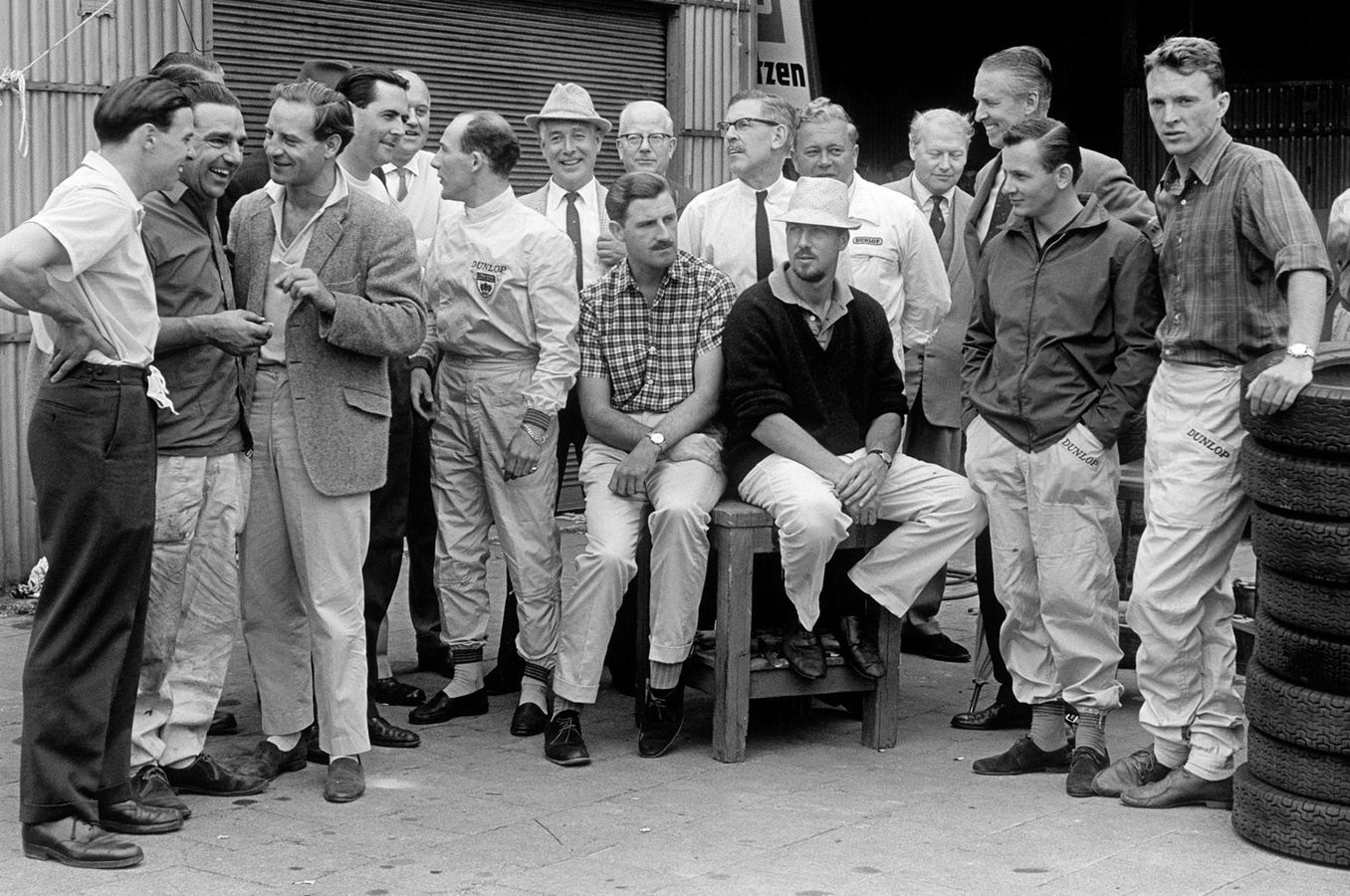 After five years of motor racing and 50 Grands Prix behind me, I have profound respect for the sport and the men who take part in it…and I’ll always be grateful to my parents, who stood so firmly behind me in the early days.

After a dismal season of racing in Europe, Bruce had been gaining some consolation and satisfaction by setting up a team of specially-built Coopers for him and Timmy Mayer to drive in New Zealand and Australia, and although he had finished the book before leaving for the ‘down under’ race his win in the 1964 New Zealand Grand Prix made the following worth writing.

The idea of building two special cars for Australasia came to me as I trudged back to the pits at Reims, having left the defunct Cooper at the edge of the track. The cars would be fitted with solid, reliable 2.5-litre Climax engines with no transistors to go phut, no fuel injection to start fluttering, and the five-speed Colotti gearbox with a no-nonsense unit that we knew all about.

I discussed the project with John and we decided to base the car on the current Formula One Cooper, using the F1 chassis jigs and wrapping the frame in a stressed-steel skin, something like a monocoque. So the first Formula Tasman Cooper started. It was understood that Wally was only on loan to the works team until the start of September, so he set straight to work on building my chassis.

Timmy Mayer, the young American who had been driving Formula Juniors for Ken Tyrrell, was keen to do the ‘down under’ season, so we got together with the idea of running two of these special new Coopers as works entries. However, the race organisers weren’t initially very happy about the arrangement as they felt that Timmy was too much an ‘unknown’ to the Antipodean public, and Charles Cooper finally decided that unless our cars were really works entries he didn’t want them running as such. I think he was worried that if he or John were not present and we ran someone over, the Cooper Car Company might be held responsible.

In one way the failure of the team to get off the ground as a factory effort was a personal blessing, as it had always been a great ambition of mine to run my own team of racing cars.

With this added personal incentive to succeed, Timmy and I got together with Teddy Mayer (Timmy’s brother and manager) and my secretary, Eoin Young, and we decided to set ourselves up as a private team. Eoin immediately wrote off to his and my friends in New Zealand and Australia to see whether this would be acceptable from a promotional angle and, presuming that it would be, work was started on a second car for Timmy.

With two cars this was obviously going to be a bigger project than ever before, with more organisation and more responsibilities, so it was definitely time to put things on a company basis and Bruce McLaren Motor Racing Ltd. was formed with Patricia, Eoin and myself as directors. Nothing was changed really, but it seemed a bit more for us to get our teeth into. Eoin was in his element handling the public relations side and gave the new team a good build-up in New Zealand. 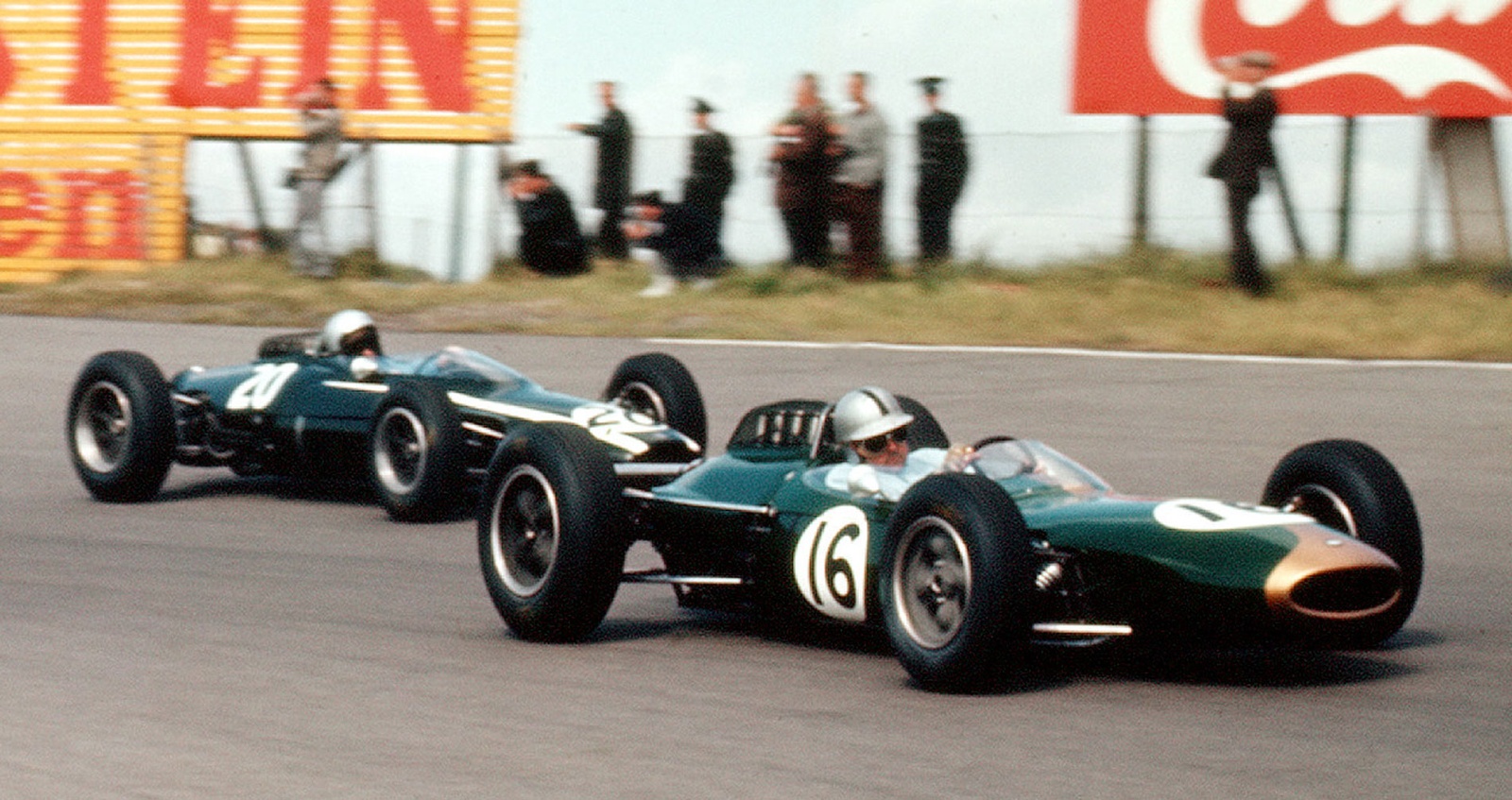 New regulations limited engines to 2.5 litres unsupercharged in Australasian races and to try and forestall boring processions the races were reduced to 100 miles.

I was all in favour of the colourful ‘anything goes’ formula libre which had covered racing in New Zealand and Australia since the sport began, but it was obvious that these new regulations opened the door to a special car. Shorter races meant less fuel, less fuel meant smaller tanks, and consequently a slimmer car.

As the Coopers progressed, we instituted several new features. The chassis was wrapped in the stiffening steel sheet which also doubled as the body sides. All the fuel was carried in a seat tank and a couple of smaller tanks on either side of the driver’s knees. We decided to replace the top rear wishbone with a top link and a long radius arm, and this, together with a few different fittings, meant we were able to crop the back of the chassis and fit a neat tail with a small fin. Both cars were painted British racing green with a couple of silver stripes and a central strip on the tail – the New Zealand motor racing colours. A well-known artist in the racing world, Michael Turner, had designed a neat team badge for us with a kiwi as the central feature on a chequered flag background and a racing car silhouette on the top of the shield. Sports editor Phillip Turner described it in The Motor as “a kiwi being run over by a Cooper!”

We found ourselves in a quandary when it came to recruiting mechanics for the tour. Wally (Willmott), Harry Pearce and Timmy’s American mechanic, Tyler Alexander, were to have made the trip, but after the cars were shipped we discovered that Harry wasn’t able to go, and there was a strong possibility that Tyler would miss out as well as the US Army also wanted his services.

Eoin cabled Lenny Gilbert, one-time stunt-flier, motor racer, entertainer, dance band drummer, restaurant owner and water skier, asking if he would join the team for eight races, and his immediate reply indicated that he was delighted.

As it turned out Tyler wasn’t drafted and arrived in New Zealand which meant that we had three full-time mechanics, and Colin Beanland, who had accompanied me to Europe in 1958, was available for the Australian series. Our full complement was Patricia and me, Timmy and his wife, Garrill, Teddy Mayer, Eoin Young, Wally Willmott, Tyler Alexander, Lenny Gilbert and Colin Beanland – so our team was impressive if only from the size of the air tickets and the hotel bills.

I must admit that I was a little disappointed at the meagre size of the field recruited for the series, but when I saw the two Brabhams on the front row of the grid in the South African Grand Prix and remembered that Jack, New Zealander Denny Hulme, Australians Frank Matich and Bib Stillwell and Englishman Graham Hill would be pedalling Brabhams ‘down under’ I stopped being disappointed and started hoping that our team would be a success.

It was going to be a full-scale Brabham v. McLaren battle with both Jack and me running two-car teams.