In the second extract from Bruce McLaren’s autobiography, we join him in 1959 as he prepared for the French GP at Rheims, which proved to be one of the most challenging race weekends of his career…

I hurried back to England after Le Mans to prepare my car for the French GP at Reims and arrange accommodation for my parents, who were coming over for a holiday. They arrived three days before we were due to leave for France. They both loved England. Mother was thrilled with the shops and restaurants, which always strike the visitor as gayer and more modern than their New Zealand counterparts. Pop, like me, was amazed at the number, variety and quality of cars. A Jaguar carried a high-class stamp at home, but the high cost of running such a car in Britain drops the price. 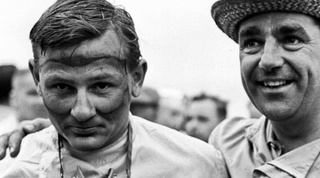 We decided to motor to Reims in the Minor. I was driving in the F1 race with a works 2.5 and Ken (Tyrrell) had entered me in the F2 race with his Cooper, so I was in for a full day’s work.

Race morning showed promise of a sunny day and we had breakfast in high spirits. By noon the sun was beating down with such intensity that a spanner lying on the ground for ten minutes was almost too hot to handle. All the cars were covered and drivers were dousing themselves with buckets of water. As we climbed into the cars for the warm-up lap, John (Cooper) suggested we should take it easy and keep out of the slipstreams to avoid overheating. Braking into the Thillois hairpin sent stones from the melting road surface flying everywhere as a gentle hint of conditions ahead. 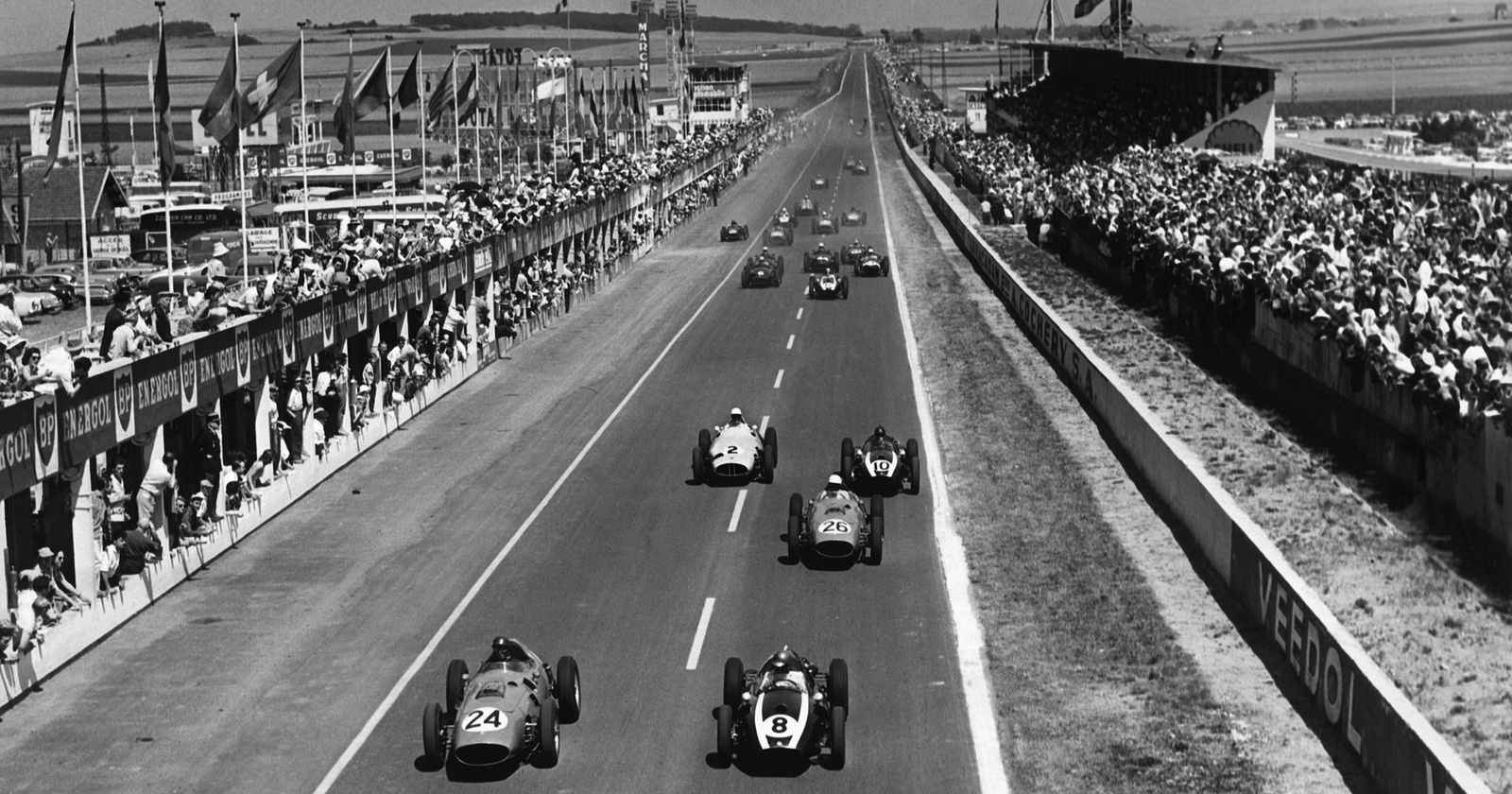 The first few laps were murder. It was impossible to keep clear of the battering hail of pebbles from the lead cars if I was to stay anywhere in the hunt. Tony Brooks took an early lead in the works Ferrari that he was to hold to the finish. I was eighth, Jack (Brabham) was disputing second place with Trintignant, and Masten was lying about fourth, when a large stone hit him and he came into the pits half-dazed to retire. John Cooper retrieved the stone from the cockpit and claimed he could have chocked the car with it.

Half-way through the race I tucked in behind Gendebien’s Ferrari in ninth place. The heat was almost unbearable. My knuckles were being burnt by the hot blast of air coming over the screen. I tried licking them, but it didn’t help. It was getting past the hot stage and I began to feel strangely cold. Going through the long fast curve after the pits behind the Ferrari was like walking into a furnace. The head of the vicious Ferrari exhausts added to my discomfort. I could hardly breathe and was desperately trying to scoop air into the cockpit going down the straight. Jack had punched out his screen in an effort to increase ventilation and Phil Hill was almost standing up in the Ferrari seat on the straight. 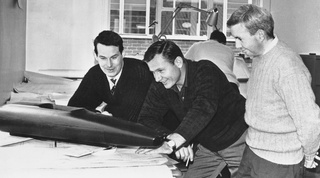 I had to stay on Gendebien’s tail to hold my position, but was taking a fearful battering from flying stones. The mixture of sweat and blood in my goggles was like pink champagne. I raised them and the mess sluiced down over my face.

After that I couldn’t see much through my goggles, which I found later had almost been completely shattered by 35 direct hits from flying stones. The lenses were splintered, but still intact. The chequered flag was never more gratefully received and exhausted drivers were lifted out of their cars to collapse on the pit counters, or be brought round with buckets of water. I climbed out, took off my helmet and started to cry my eyes out. I don’t know to this day why, but I wept uncontrollably for several minutes. I must have gone queer in the heat.

This was the first motor race Mum and Pop had seen abroad and they were staggered to see it develop into a bloodbath. I felt in no condition for more racing when I climbed out of the F1 car, but there was a half-hour break before the F2 race and I had recovered sufficiently – so I thought. Ken told me to stop if I started to tire, but I felt on top of the world as we formed up on the grid. I realise now how dangerous this was and in the opening laps I did things I wouldn’t have entertained under normal conditions. I was hanging the tail out through the fast bends, almost as though I had been drunk and unaware of the consequences. Jack had already stopped. After a few more laps I decided I would be a lot safer sitting on the pit counter, so I pulled in to join him.

Stirling (Moss) won the race and passed out at the back of the pits after the presentation. I signed a mental pledge that afternoon never to drive in two full-length races on the same day. 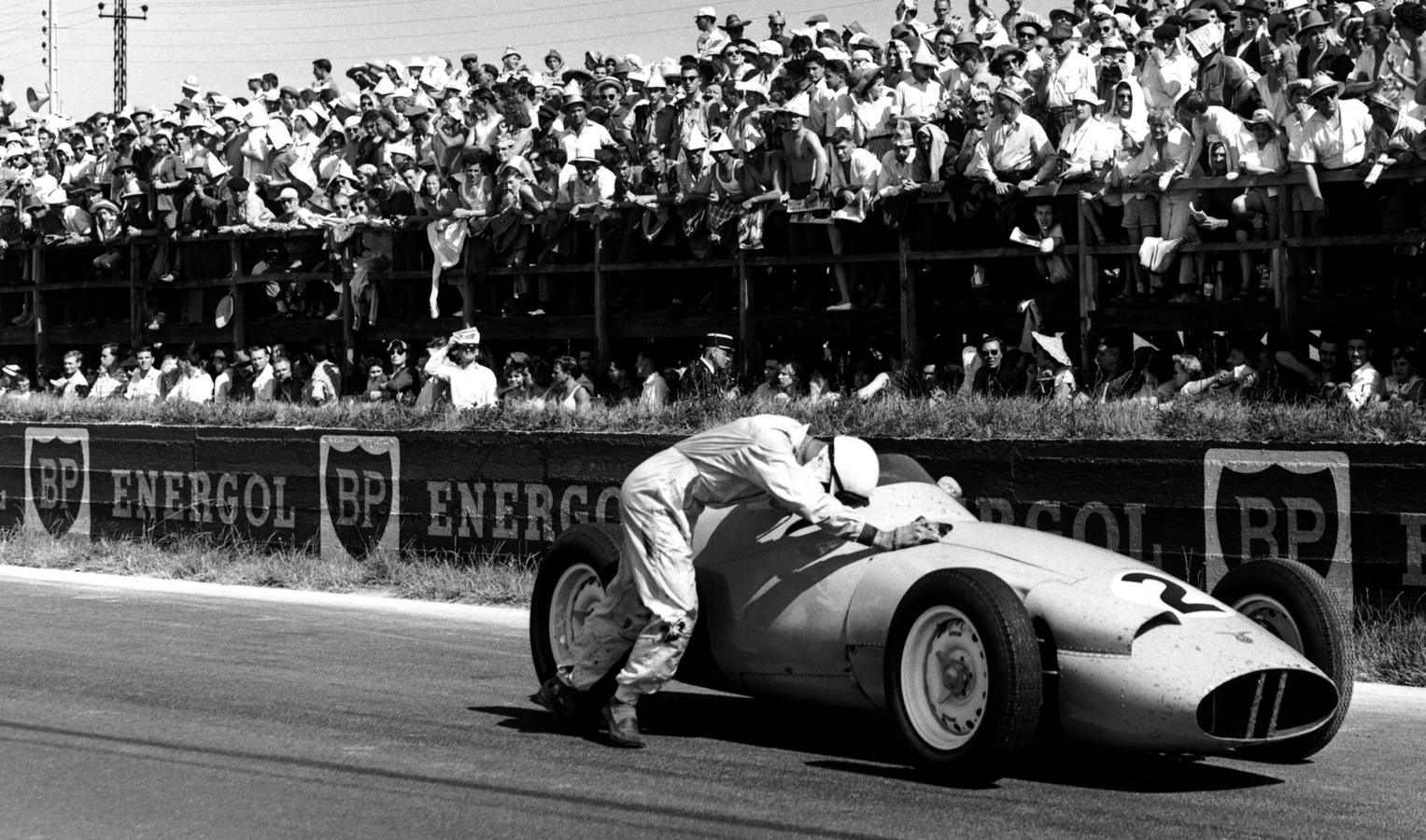 I had a Tyrrell entry in the F2 race at Rouen the following weekend. With Nora and Ken Tyrrell and my folks, I motored to Paris for a couple of days en route. Huge blisters had formed on my fingers, where they had been burned during the race, so I called at the big American hospital in Paris and came out bundled up with tape and thick bandages, which I had to endure for a couple of days. My hands were still fairly painful and I kept bandages on for the first practice session, which made things a bit awkward, but on the second session drove with only the tape on my knuckles and for the race itself removed the tape as well, to drive with tender fingers.

While in Paris we did the usual shopping tour and at night took in the Lido and a couple of other shows. If Mum and Pop enjoyed Paris, they thought Rouen was wonderful. The track itself, just outside the village of Les Essarts, winds up and down through a forest – like a miniature Nürburgring – and the city is quaintly old and entertaining. Practice usually finished about five o’clock in the afternoon, leaving plenty of time to clean up and select a restaurant for those enjoyable dinners that extend themselves into a mild party. 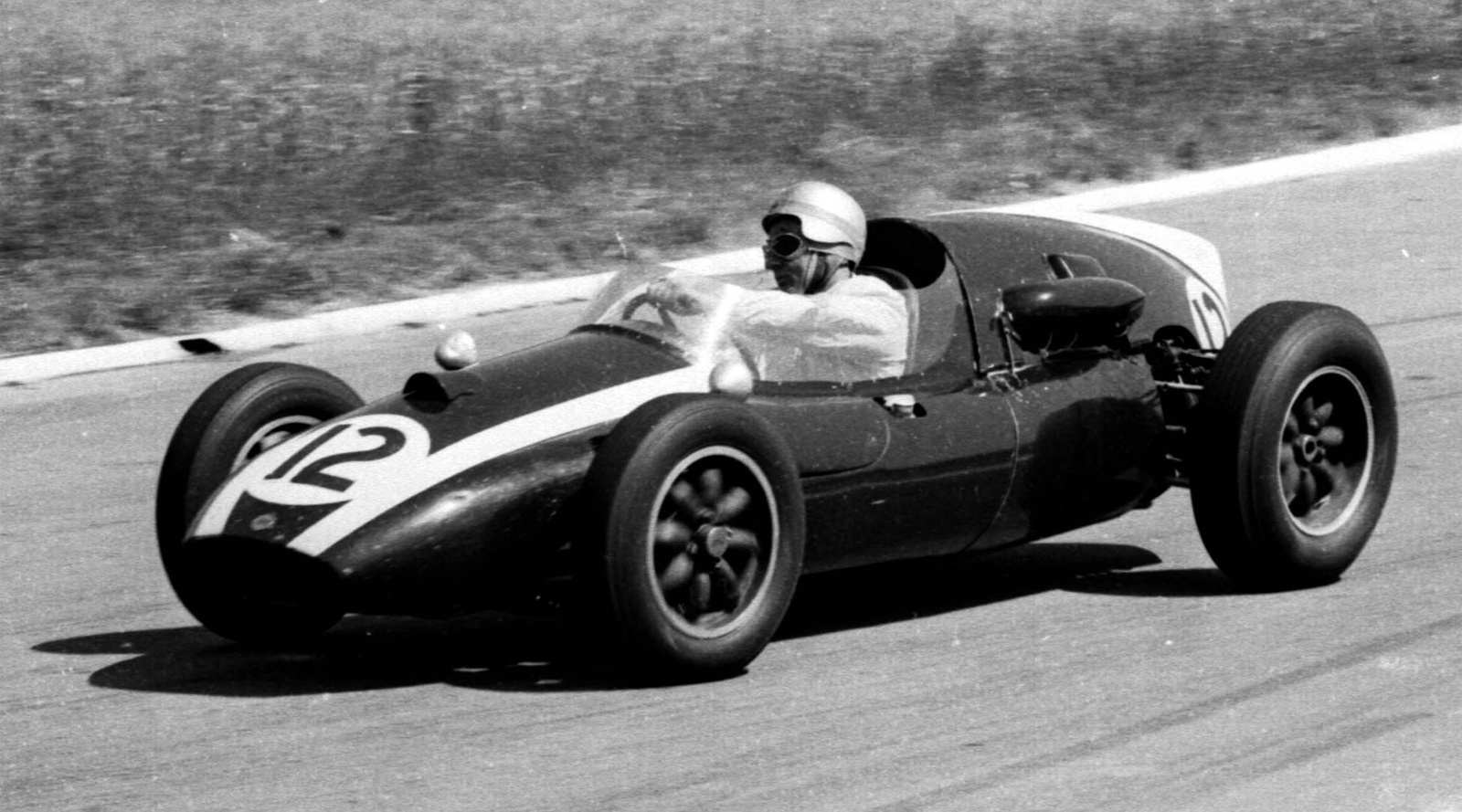 Mum particularly liked the Jeanne d’Arc, a timbered building reputed to be the oldest restaurant in France. It overlooks a market square, with a concrete plaque in one corner to mark the spot where Joan of Arc was burnt at the stake. According to the fourteenth-century date of construction, diners in the top floor of the restaurant must have had a balcony seat for the ceremony.

Ken entertained us with stories of life in England and we replied with some New Zealand tales. A display of folk dancing in the square prompted Ken to ask if we could oblige with a Maori war dance! We visited a shooting gallery where Ken and I eventually retired with a bottle of wine as a prize. I asked Jabby Crombac, a French racing personality, if the wine was all right. “So long as you don’t want to drink it,” he said in his clipped French accent. “It would be fine for washing in, I suppose.”