'The first essential is enthusiasm'

'The first essential is enthusiasm'

The death of Bruce McLaren in a testing crash at Goodwood on 2 June 1970 could have signalled the end of the company that bore his name.

However, the New Zealander had put together a successful organisation and strong team of people, so such an outcome would have been unthinkable. In the absence of its founder McLaren not only continued to operate, it thrived and achieved even greater heights, thanks in large part to the inspiration that Bruce had provided.

So what kind of man was Bruce McLaren? And what were the qualities he had that spurred on those who worked with him? 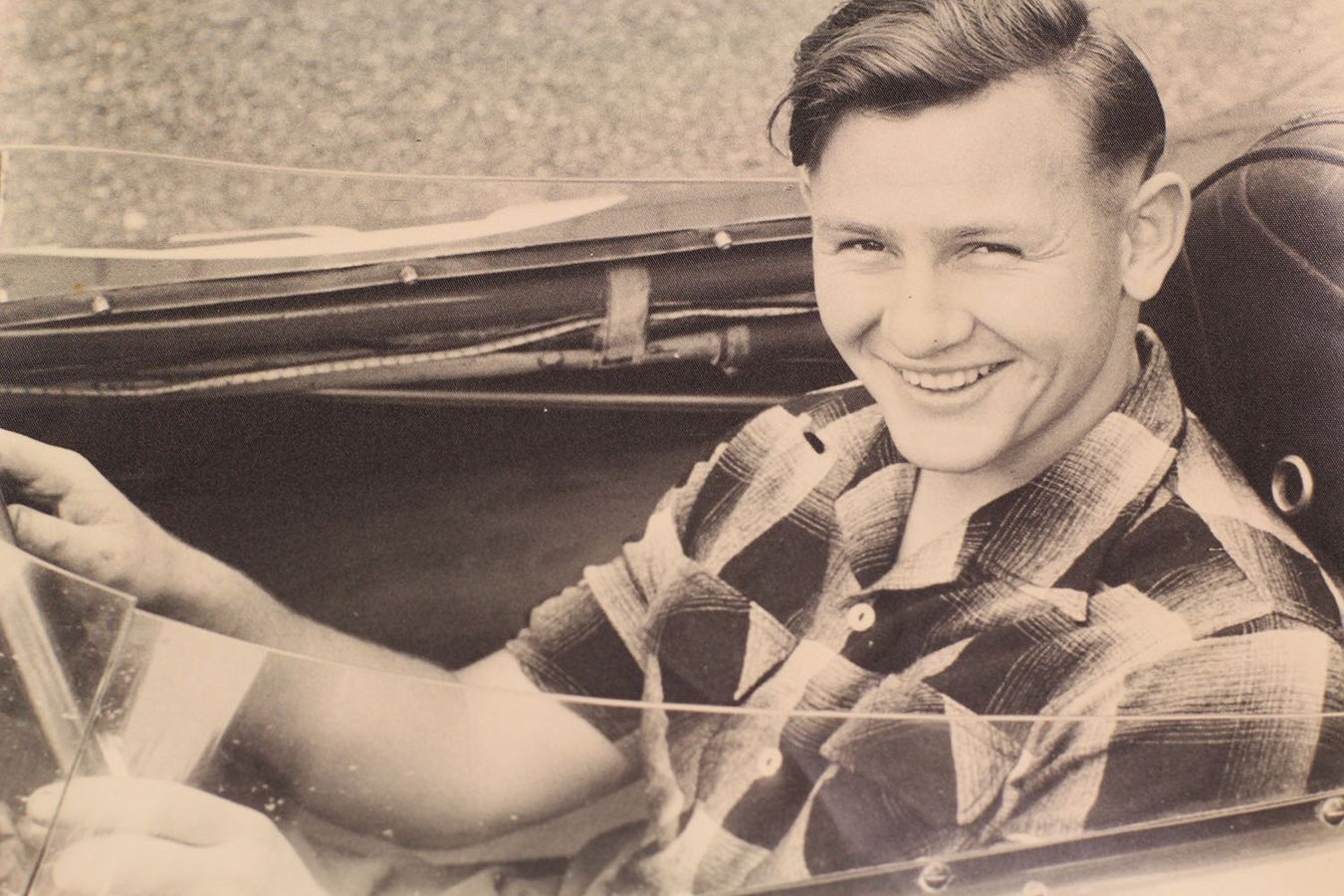 A drive for success

Bruce always displayed incredible levels of determination. When he was nine-years-old he was diagnosed with a hip condition called Perthes Disease, and he was confined to bed for three years.

It was a devastating experience for an energetic youngster who loved sport. However, despite being unable to play with friends and enjoy a normal school environment, he did not allow his situation to hamper his dreams.

During his rehabilitation he worked with a tutor to further his education, and he spent hours studying engineering textbooks and discussing motor racing and his love of cars with his garage-owning father. He knew where his future lay.

He was 12 before he was finally allowed to walk on his own again. Those early struggles gave him an appreciation of what it took to get on in life.

‘First comes natural ability,’ he wrote. ‘There are hundreds with it, but there must always be the dedication to want to apply it, continue applying it, and keep improving it.’

A passion for innovation

Bruce was fascinated by all things mechanical – and he always sought ways of improving any machine that he could get his hands on.

As a child he stripped any unnecessary weight from his bicycle so he could ride faster. Later he worked on cars, learning for himself how they operated. As a teenager he developed a humble Austin Seven Ulster that he also used to hone his driving skills on a makeshift grass track. 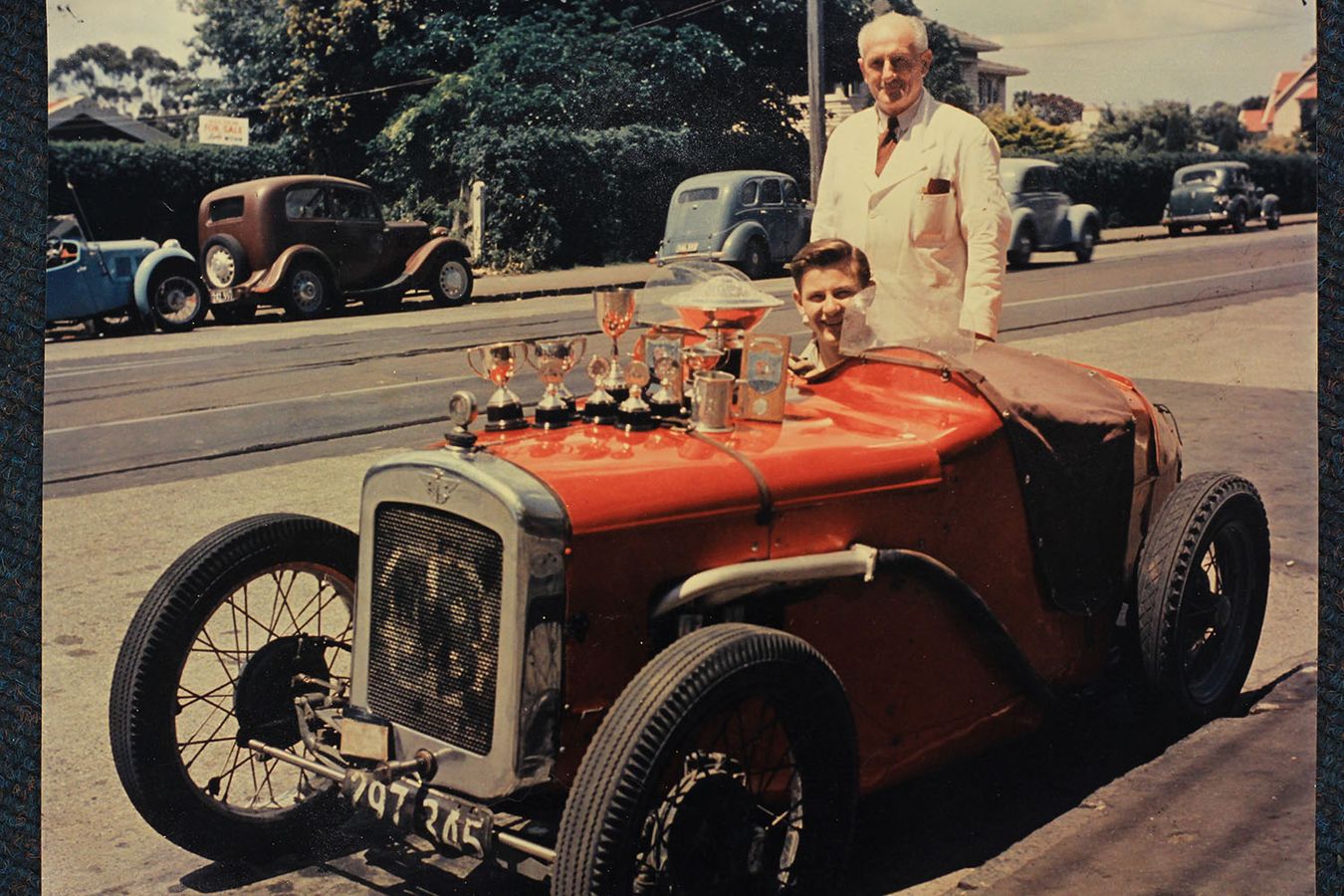 ‘One of my first lessons was to tackle one job at a time, do it thoroughly and be satisfied with the result before passing on to the next,’ he wrote. ‘For the first year the car seemed to get progressively worse, but I was learning by my mistakes and soon I felt I had the measure of the car’s shortcomings, and could do something about them.’

That pursuit of perfection stayed with him in later years when he was building his own racing cars. There were always improvements that could make a car faster, handle more responsively, or be safer – it just required his innovative and inquisitive mind to figure out how.

‘No matter how well a car handles, it is never perfect,’ he noted, ‘bearing in mind that the following year’s models will be even faster. So it is best to try changes, then set out to test their worth.’

Bruce was never afraid to make bold and life-changing decisions. In 1958, aged just 21, he left everything he knew in New Zealand and moved to Europe in pursuit of his motor racing dreams – and he admitted he was “scared stiff” on arrival.

Having found early success as a driver he then took a huge gamble when he started his own racing team at just 27. He took risks with little more than a fierce determination not to fail. 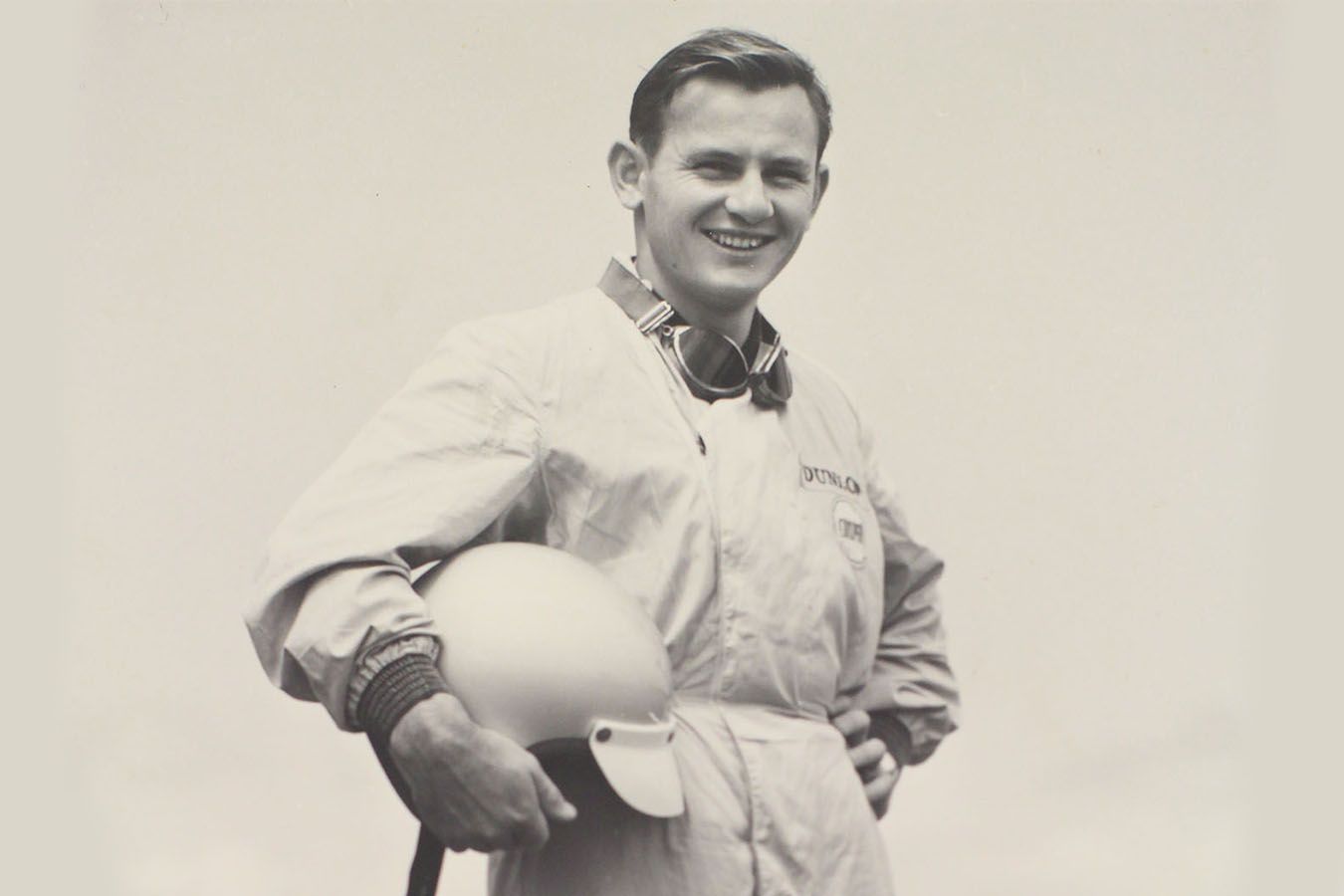 ‘The first essential is enthusiasm,’ he wrote of what it took to find success. ‘Not just mild, but burning enthusiasm. To succeed in motor racing or any other sport it must be the most important thing in your life.’

Bruce always had total faith in his ability to achieve any target that he set himself.

“I had a lot of respect for Bruce as a man,” said his business partner Teddy Mayer. “He had a great deal of patience and he had an enormous amount of confidence. Perhaps the confidence was not always well-founded, but it was unshakeable, and this was very useful during some of the difficult times we faced.”

From a young age Bruce showed that he was a brilliant driver. However, his vision extended far beyond the cockpit.

From its early roots as a racing team, McLaren soon became a successful manufacturer of cars for a variety of categories. Having won in F1 and Can-Am, Bruce took on the Indy 500 establishment in oval racing, and he even harboured ambitions to move into road cars, having created the M6GT prototype. 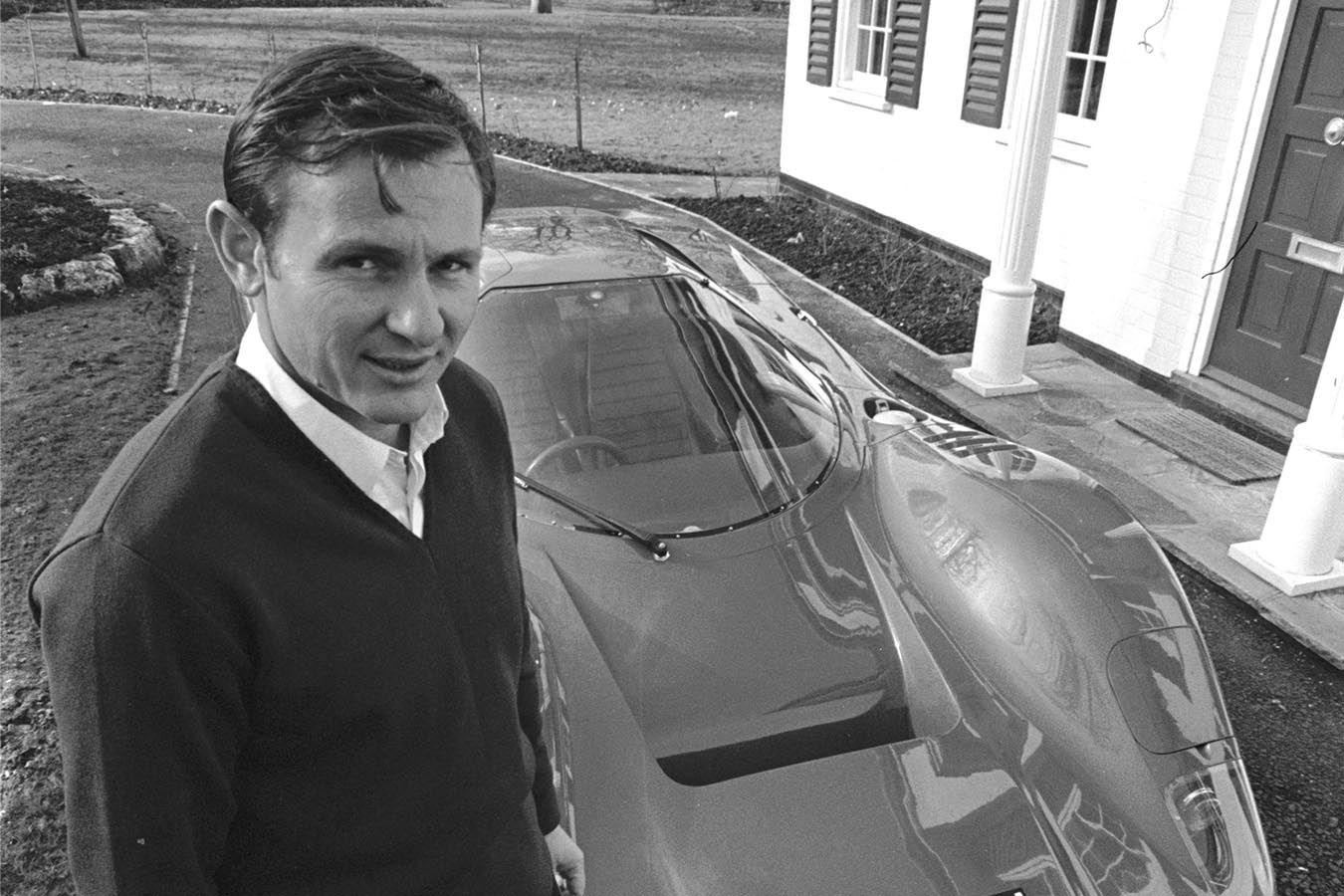 He was never afraid of the unknown, and he showed a determination to push boundaries.

“I often force myself to go to sleep when trying to worry out a problem, or I am stuck with it all night,” he said. “I decided long ago since that solid sleep is one of the first essentials when trying to work hard. It is more a question of attitude of mind than anything else. The people who succeed in racing are those who would do so in any walk of life.”

A leader by example

Bruce knew instinctively how to build a successful team, attracting like-minded people who brought the required expertise. He knew that he couldn’t do everything himself – so he hired talented managers, designers and mechanics who became part of his journey, and he inspired them to ever greater heights.

He achieved that both through the force of his personality and his own willingness to do whatever it took. If that meant sweeping the factory floor to create a better environment and allow others to get on with their jobs, he would do it. 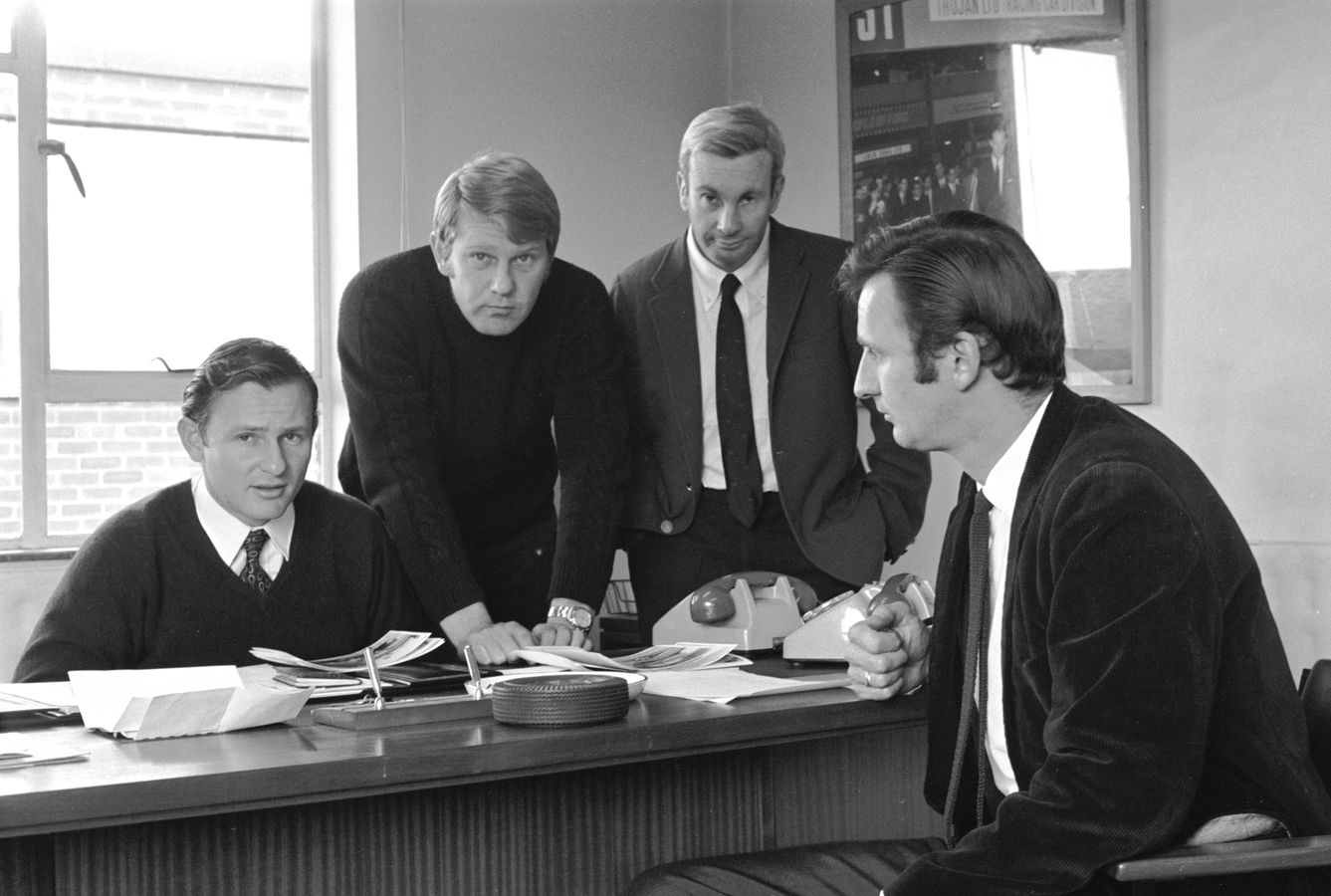 “I have to think in a broader area,” he said of his role as team boss. “I need to know a bit about psychology – you have to if you want to get more out of people. I also need to know a bit about administration and, of course, engineering. But that’s mostly to make sure that a bloke knows what he’s talking about, and the job isn’t being done in the wrong way.”

The famous words that Bruce wrote after the death of his team-mate Timmy Mayer in Australia in 1965 encapsulated his own outlook on life:

‘To do something well is so worthwhile that to die trying to do it better cannot be foolhardy. It would be a waste of life to do nothing with one’s ability, for I feel that life is measured in achievement, not in years alone.’

Those words proved to be befitting of Bruce himself. He tragically lost his own life while doing what he loved most – testing the performance limits of his latest racing car.