So, we’re off to Las Vegas! Following a decade of rumours and a reasonably open secret in the paddock through the early part of this season, the news has now been confirmed by Formula 1. We’ll be racing on the Strip in the Las Vegas Grand Prix in November 2023. The race will be held in the evening, under lights, meaning a very early Sunday Morning for anyone watching in Europe – and quite likely a lot of coffee for everyone working in Mission Control at the McLaren Technology Centre.

This the first Las Vegas Grand Prix but not the first grand prix in Las Vegas. The 1981 and 1982 World Championships were decided in Sin City at the season-ending Caesars Palace Grand Prix, named not-entirely coincidentally after the venue where the race was hosted. The original circuit at the Caesars Palace (the missing apostrophe is intentional) hotel and casino has long-since been developed-over but the new circuit will pass within earshot of the old. We’ll also be racing on a Saturday. It’s novel – but not unknown, the very first World Championship race, held at Silverstone was a Saturday affair.

The image conjured by mention of those original Vegas trips jars a little with the reality: they weren’t races through the neon jungle but rather sunny afternoons: warm (24°C) in 1981, blazing hot in ’82 (37°C). There’s also the frequently used statement that the track was constructed in the Caesar’s Palace parking lot. This is partially true, with final corner, pit-straight and Turns 1-3 built on the lot; the rest of the course built on an as-yet undeveloped lot, cutting through desert hardpan.

For the Europeans, the idea of a racing circuit built on a parking lot suggests something crammed into a small space. The reality looks quite different: the lot covers a vast acreage, and while the circuit would certainly be max. downforce in modern cars, the footage shows races with plenty of space and overtaking. While some sections of the track are hemmed-in by concrete barriers, for much of the course there was plenty of run-off – though anyone taking a tour through the scrub would doubtless have taken more than a few corners to clean up those tyres. 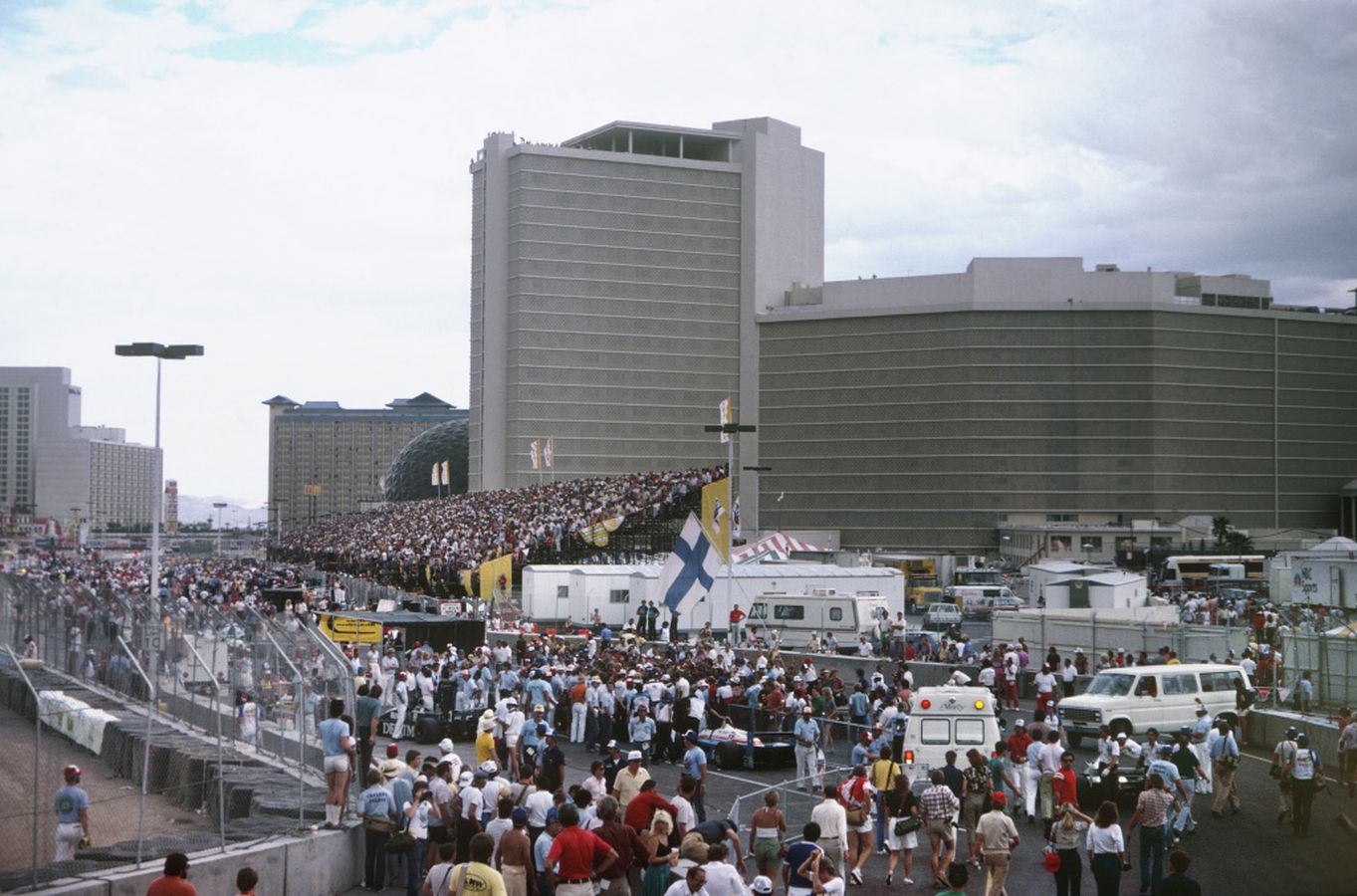 The inaugural race in 1981 featured a three-way title fight between Carlos Reutemann, Nelson Piquet and Jacques Lafitte, with Williams already having comfortably clinched the Constructors’ Championship. Williams’ Alan Jones went into retirement (his first) with a victory and Piquet clinching the title with fifth place – despite suffering painful neck spasms and having to be helped from the car at the flag.

In 1982, the Caesar’s Palace Grand Prix was F1’s third visit to the USA, after Long Beach and Detroit (something only matched in 2020 when Italy hosted races at Monza, Imola and Mugello) and McLaren’s interest in the race was much stronger, with John Watson going into the race with a chance – an outside chance – of taking the drivers’ title, while the team likewise were a longshot for the Constructors’ Championship. Future McLaren driver Keke Rosberg was leading the way for Williams on 42 points, with Didier Pironi second on 39 and Watty third on 33. A crash in practice for the German Grand Prix had halted Pironi’s season at race 12 of 16 – and the multiple fractures he suffered to both legs would ultimately prove to be career-ending – meaning it was a straight duel between Rosberg and Watson.

The scoring system in 1982 had nine points for victory, six for second, four for third then three, two, one down to P6. Therefore, for Watson to win the title, he needed to win the race and hope Rosberg finished outside the top six, at which point his superior victory record would suffice. In modern times, it would be a long shot to imagine a Championship contender so far down, but this race took place in different times. 10 drivers had won across the first 15 rounds, so anything could happen in Vegas. In the Constructors’ Championship, McLaren trailed Ferrari 74-63. The death of Gilles Villeneuve at Zolder and Pironi’s injuries at Hockenheim had taken the Scuderia out of the running in the Driver’s Championship, but a late-season victory for Patrick Tambay in Germany and a spirited third at Monza for Mario Andretti on his return to the F1 cockpit made them clear favourites in the Constructors’ Championship.

Watson qualified ninth in the MP4-1B which, again, surprising to a modern audience, was well above his season average, and only the third time he’d started in the top ten all year. The two races he’d won in 1982 came from starting tenth (Zolder) and 17th (Detroit). Rosberg qualified sixth, with the two Ferraris between the pair – but this race was going to be decided on Sunday afternoon. 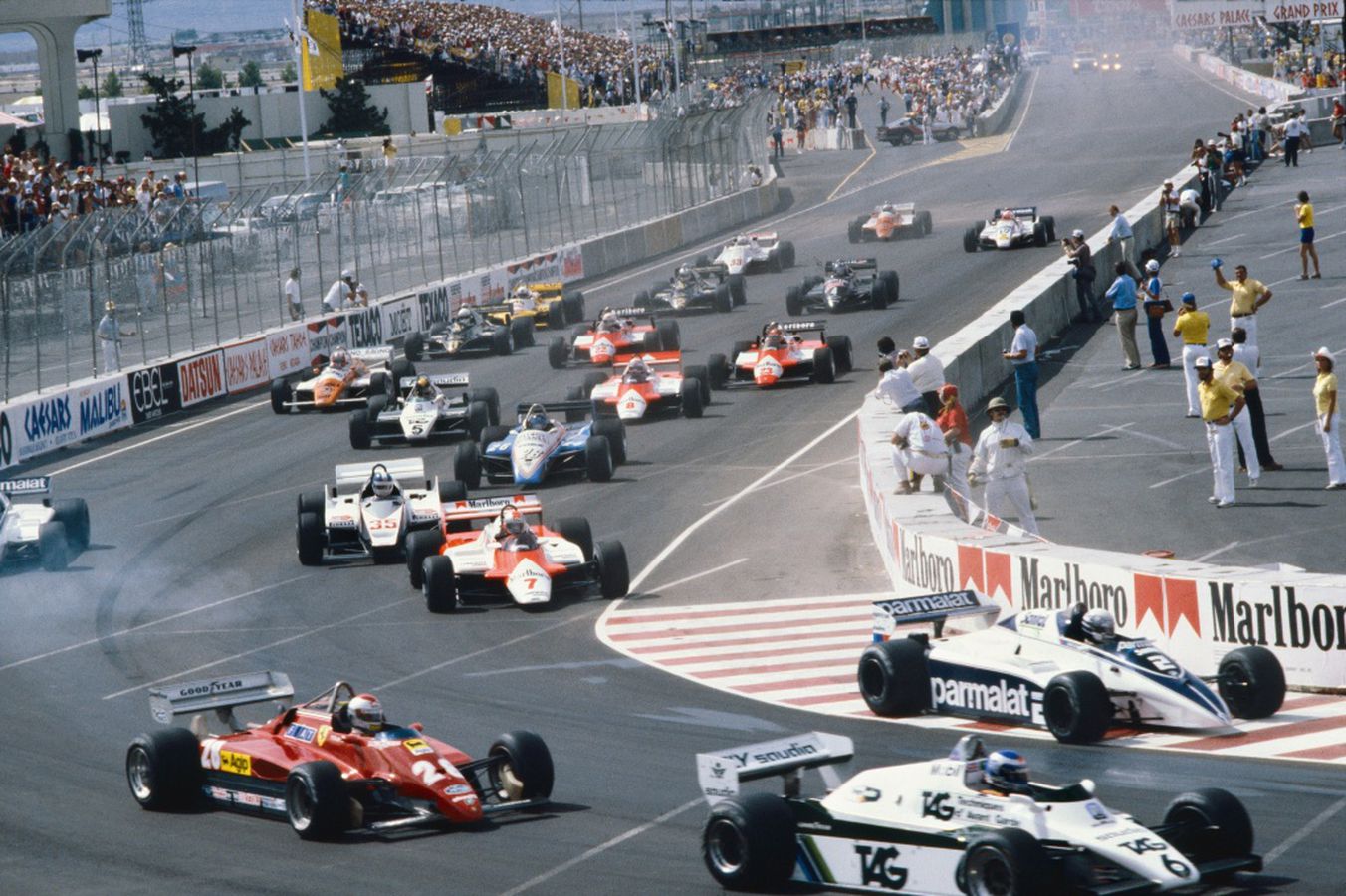 By 1982, turbo engines were well on their way to dominance in F1, but the many short straights of Caesars Palace didn’t really allow them to make the most of all that power – or at least that’s was the theory. The front-row lock-out for the turbo Renaults of Alain Prost and René Arnoux suggested otherwise. They led away at the start and gave every impression of disappearing into the distance.

Rosberg slipped a place at the start to P7, but had a comfortable gap to Watson, who slipped even further, finishing the first lap P12. By lap 11, however, he had made his way back up to P8, right on Rosberg’s tail, and took P7 from the Finn on lap 15, then passed Andretti the following lap to get into the points. He then picked-off Eddie Cheever for P5, collected P4 when Riccardo Patrese retired and, on lap 20, inherited P3 when Arnoux stopped with an engine problem. The retirements, however, had also pulled Rosberg up into the points also. Watson wasn’t making much impression on a front two of Alain Prost and Michele Alboreto, until Prost began to struggle with his tyres late in the race.

Lauda retired on lap 54 with an engine problem, taking with him any chance of McLaren winning the Constructors’ title but Watson passed Prost a lap later, reviving a glimmer of hope that his title chances were still alive. With 20 laps to run and the track baking, he needed the perennial unreliable Tyrrell of Alboreto to have a problem, and for something – anything – to happen to Rosberg. Sadly for John, suffering some of the same tyre degradation that was affecting Prost, everything went smoothly in the final quarter of the race. In a wild season, from start to finish it was probably the calmest thing that happened.

Keke came home fifth to claim the Drivers’ Championship, the first man to do so with a single victory since 1958. Ferrari took the Constructors’ title despite not scoring at the final round, and on the podium, Diana Ross handed out the trophies to a delighted Alboreto for his maiden F1 victory, a very happy Eddie Cheever, and a slightly non-plussed John Watson. Watty did, however, carefully retain his Caesars Palace laurels for the pictures... 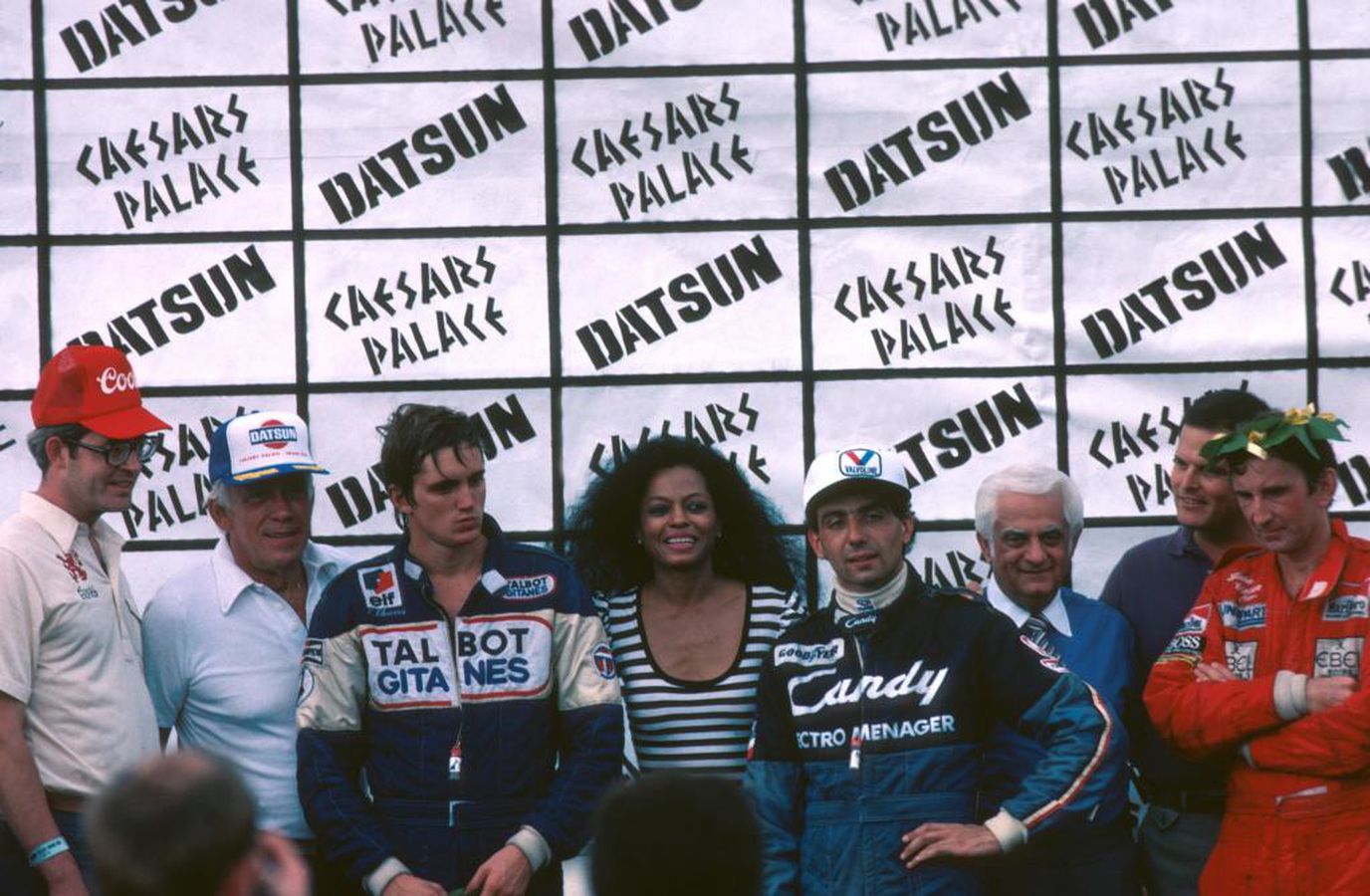