Our regular Twitter Q&A was held a day early last week to coincide with free practice sessions 1 and 2 in Monaco. So for one week only, fans submitted their questions on McLaren's Twitter page, @McLarenF1 using #SocialThursday! Here's a selection of the best questions answered in more detail by our mysterious F1 micro-blogger.

@alenielli: "Why do you use the pit-board, while in the meantime you speak on the radio with the drivers?"

TFD: There's so many messages over the radio – many of which are of a technical nature – that for routine information such as laps we find it easier to use the pit-board. It also means if we have a problem with the radio we can still transmit the vital information to Jenson and Checo. Many of the drivers also like to break the race down into laps; when they see the pit-board the last lap is history and they then re-focus on the next.

@Sareyware: "Do JB and Checo see any of us waving and wearing #rocketred when we’re in the stands?"

TFD: Of course! Your support can really make the difference. It certainly helps that #rocketred stands out in the crowds. Both drivers love seeing and hearing your passion for the team and both fully appreciate the lengths you go to in supporting them throughout the season, all over the world. #BelieveInMcLaren 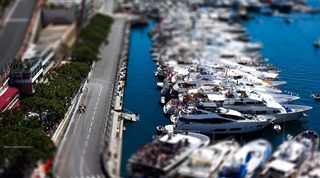 @stuartyhatto: "Does the Thursday practice [in Monaco] mean anything when the circuit is open on Friday to road traffic and partying?"

TFD: Having practice on a Thursday makes very little difference. Arguably it gives teams more time between P2 and Saturday’s P3 to adress any issues.

@tjames_: "Is Monaco more difficult than dedicated circuits to set up for in terms of logistics?"

TFD: Definitely! You may have seen on TV that the Vodafone McLaren Mercedes Brand Centre and the other teams’ motor homes are rammed into a rather compact Monaco harbour side, a much smaller area than usual. The same goes for the pit lane. It’s such a crammed space that the pit walls are above the garage and when it’s full of media, guests and teams, quick errands become much harder. 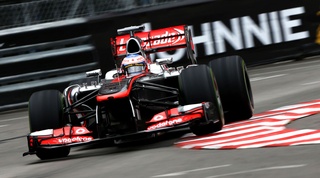 @_aarava: "How do @JensonButton & @SChecoPerez zone in before they get into the car? A bit of music? Talk to engineers?"

‏TFD: In general both are very relaxed around a Grand Prix. Both tend to listen to some of their favourite tracks, watch the GP2 race and talk to their respective engineers. Things can change so quickly at a race – a slight change in the weather can mean the driver and his team have to come up with a revised race strategy.

#SocialFriday will be back in its usual place during free practice sessions 1 and 2 at the 2013 Canadian Grand Prix. Join us on Twitter then using #SocialFriday and see if your question gets answered!