Over the hill: Classic McLarens at Goodwood

Over the hill: Classic McLarens at Goodwood

Every year, millions of pounds worth of the most iconic cars on the planet blast up the Goodwood Hillclimb to the delight of motor racing fanatics.

Some of the most significant machinery in our history has taken on the beloved British track in the 29 years since the first Goodwood Festival of Speed in 1993. Here are some of our favourites…

Nicknamed 'the Batmobile', the M8D is extremely loud, beautifully bright and was at the time, uniquely innovative. It was also the car in which our founder Bruce McLaren tragically lost his life, during a test at Goodwood in 1970. Inspired by the untimely death of the team's founder, Denny Hulme drove the car to one of the team's most dominant Can-Am titles. 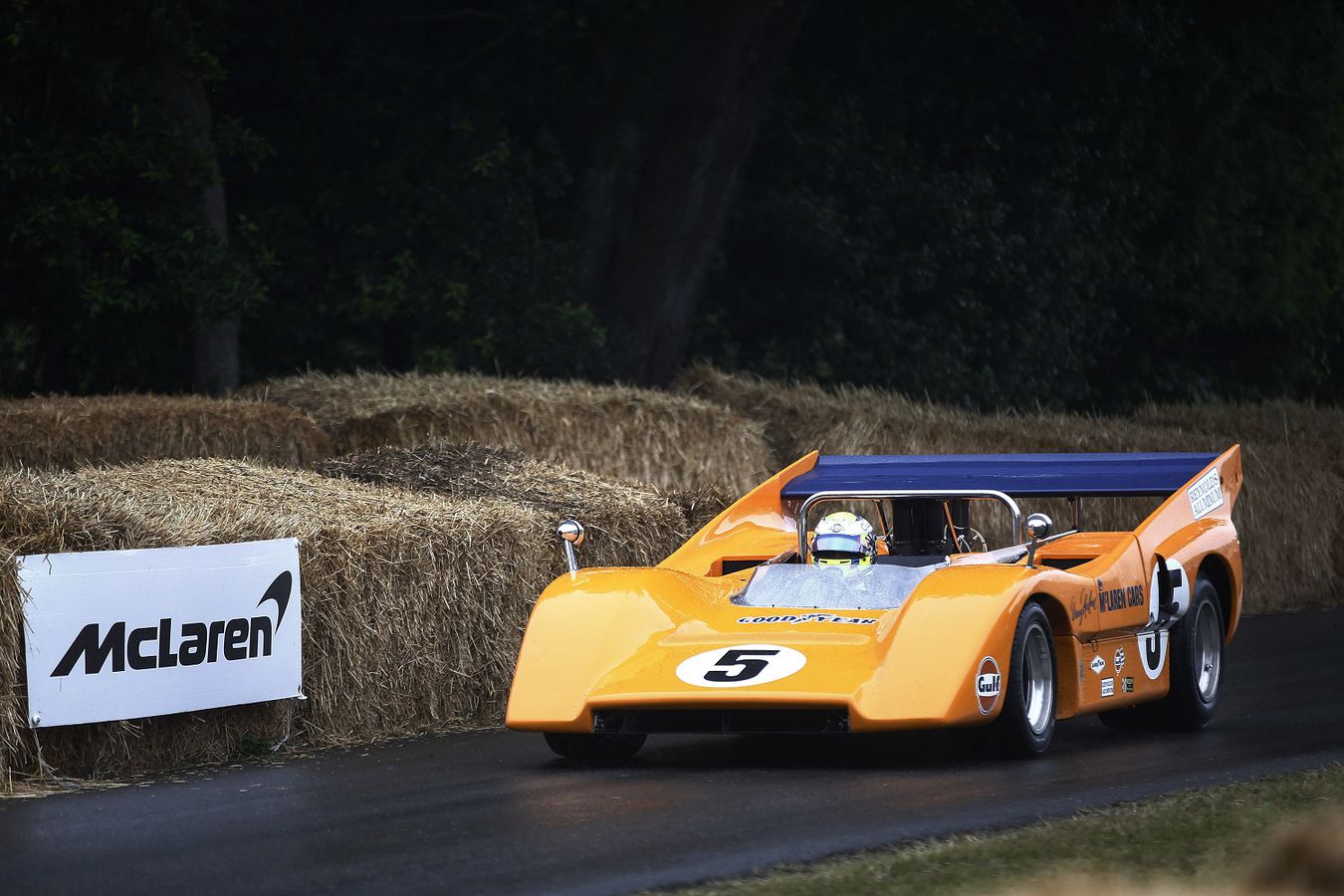 A new rule that had banned strut-mounted wings forced the team to come up with an inventive solution: a pair of tail fins created to support its low-mounted wing. This change resulted in less downforce, and so in went a more powerful 7.6-litre Chevrolet V8 engine to compensate.

One of the archetypal designs of the 1970s, the M23 helped both Emerson Fittipaldi (’74) and James Hunt (’76) to the world title. An unbelievable 80 grands prix – and 16 wins – later, it was finally retired from service. 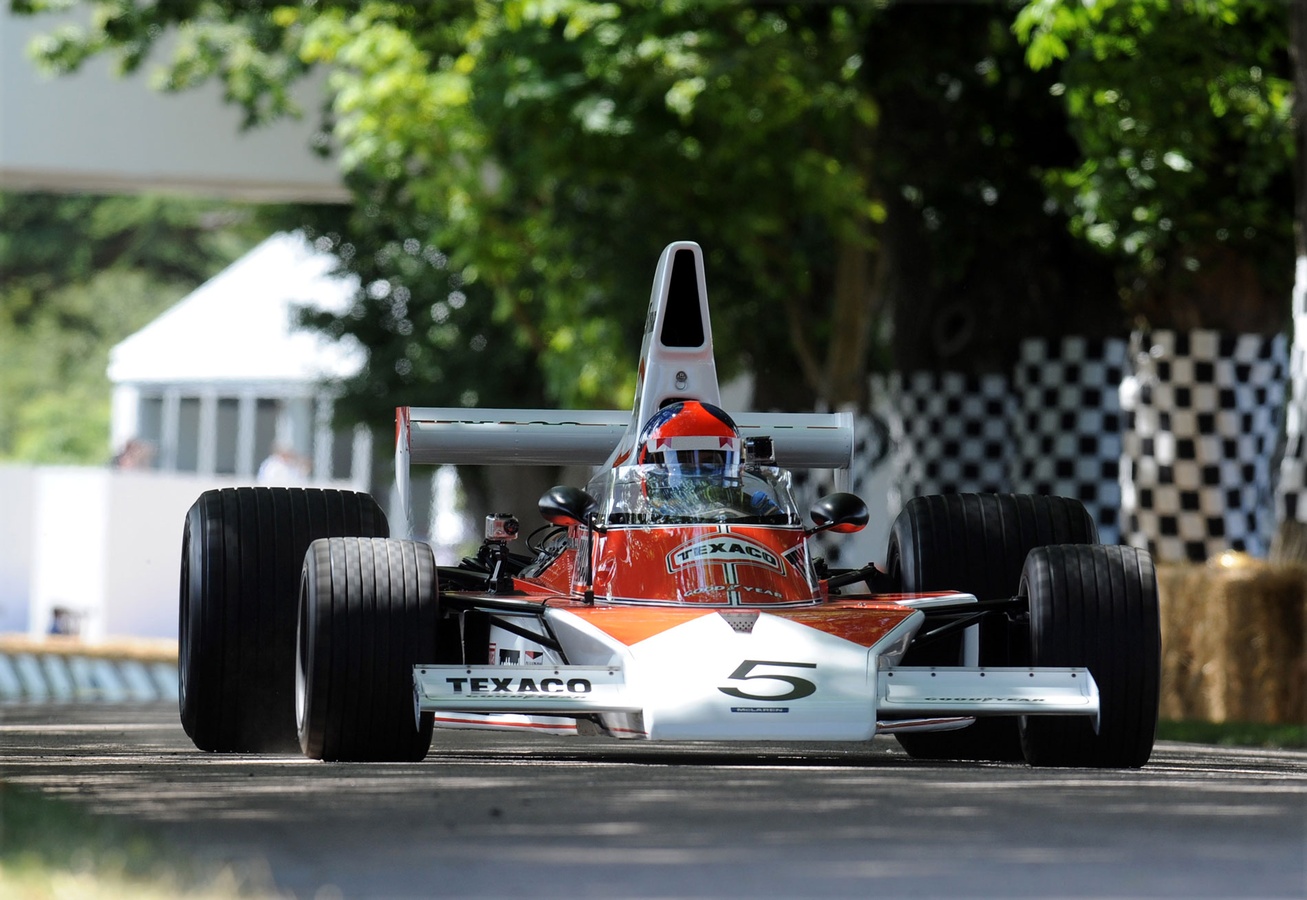 The mighty MP4-20 may have won 10 of the 2005 season’s 19 races, but it missed out on both championships due to a lack of early-season reliability. Still, this was McLaren’s last V10 F1 car – and it still looks utterly stunning. 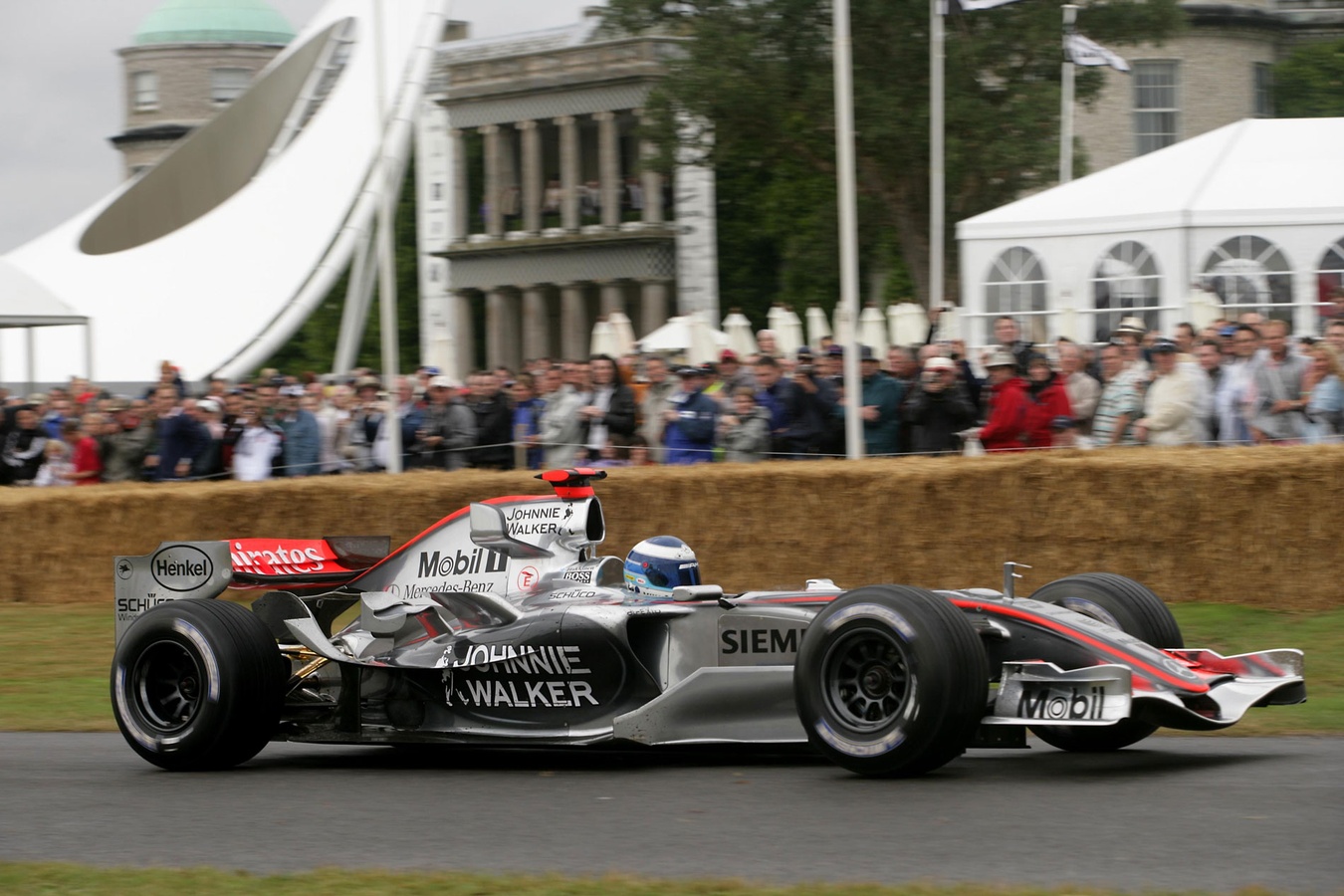 Our most powerful F1 car ever? With a claimed 920bhp in its back pocket, the MP4-20 had more punch than even our gutsiest 1980s’ turbos…

One car to rule them all? You bet. MP4/4 is arguably the most iconic and successful grand prix car of all time. It’s not hurt by the fact that it only lost one grand prix – a feat no other car has achieved in a season – and that it was driven by two uber-champions, Alain Prost and Ayrton Senna. 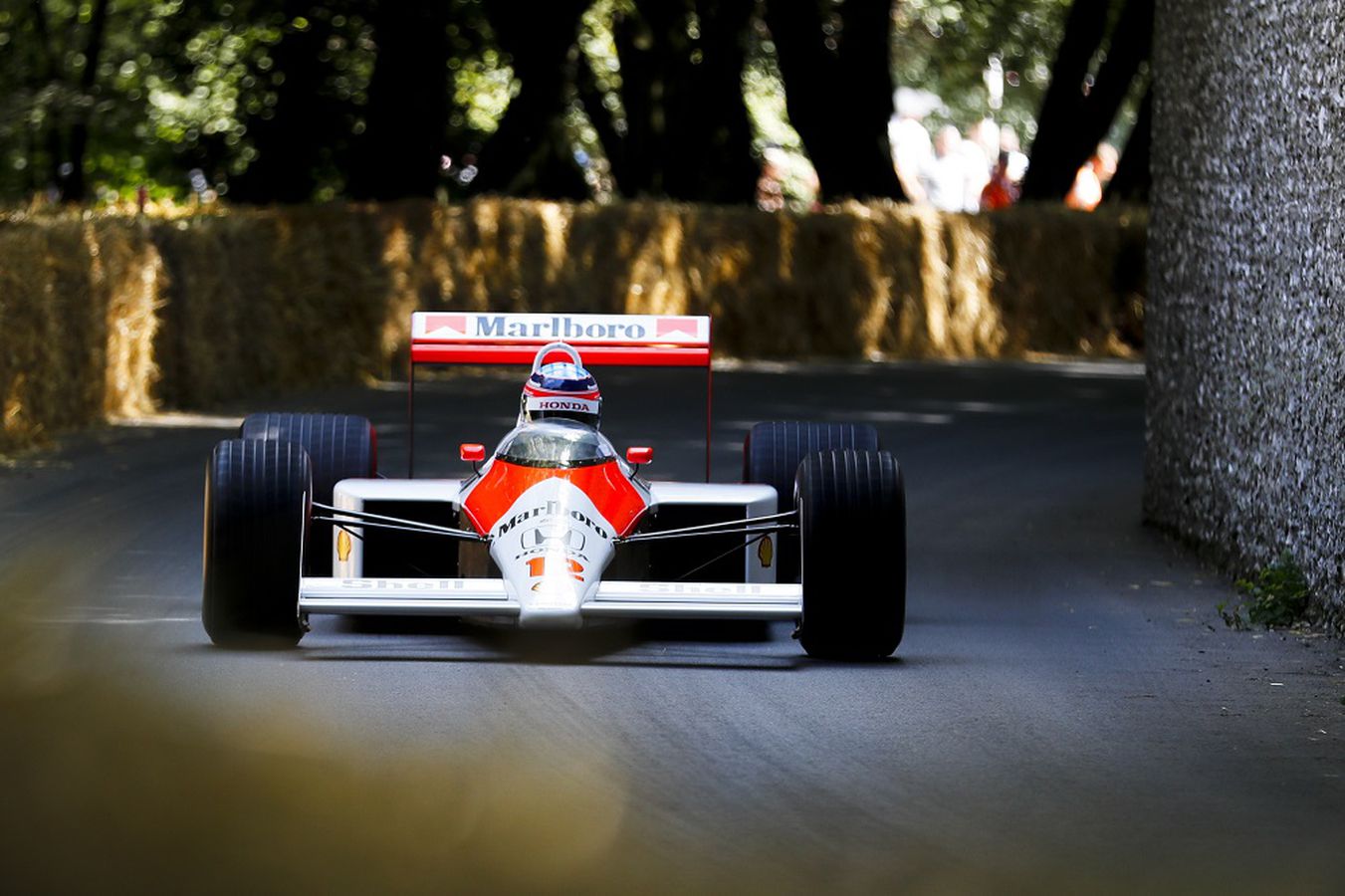 The genesis of the low-line concept is still disputed by designers Gordon Murray and Steve Nichols, both of whom claim to have originated the idea of the car’s low-slung cockpit.

One of the mightiest racers we've ever built – this Can-Am racer won eight of the 1971 season’s 10 races, with eventual champion Peter Revson taking five victories to team-mate Denny Hulme’s three. 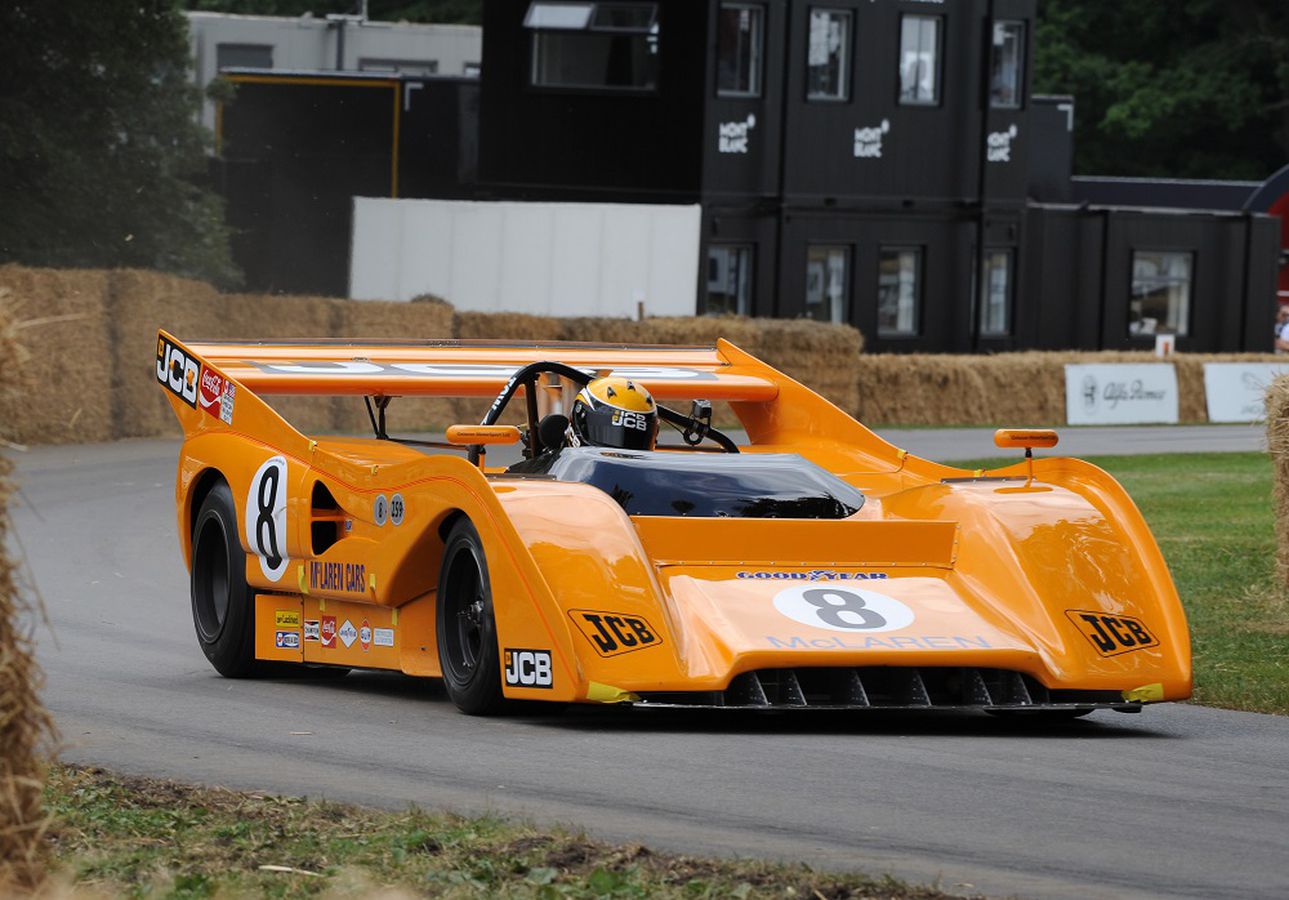 The M8Fs used redesignated M8D tubs, with a new nose and rear wing helping the car to develop 1.5 tonnes of downforce.

Designed as a roadcar by a racecar designer, then taken racing by its road-going owner, the McLaren F1 was never an ordinary project. The fastest normally aspirated roadcar in existence, and a first-time Le Mans winner, Gordon Murray’s supercar will long remain unique, much loved and utterly iconic. 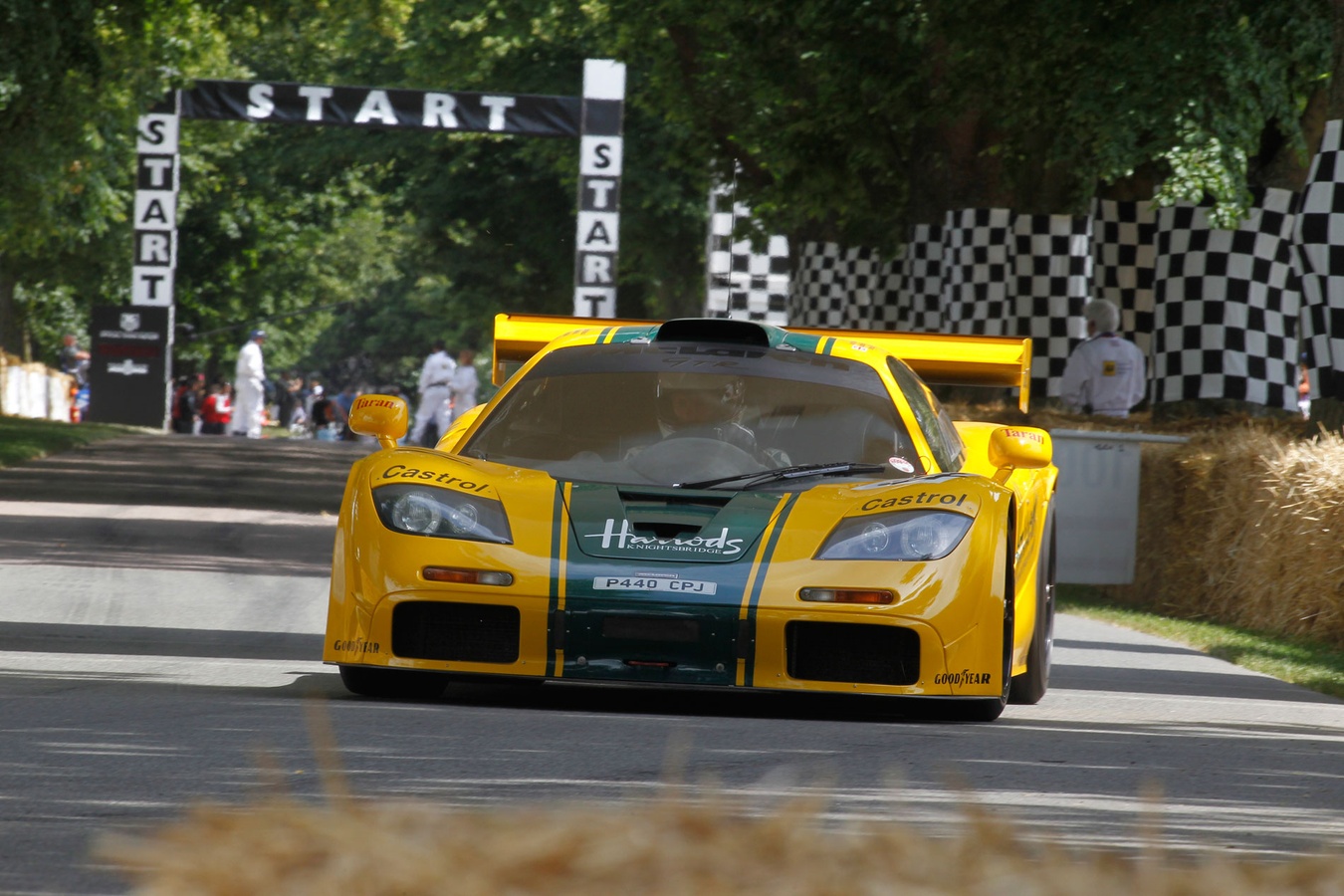 The Le Mans car actually had less power than its road-going counterpart. Le Mans regulations pegged the GTR to 600bhp, around 30bhp less than the roadcar.

Formula 1’s first-ever carbon-fibre chassis, and a car that not only revolutionised the sport, but also put McLaren back on the map after a few years in the wilderness. This car memorably won at Silverstone in 1981, with John Watson behind the wheel. 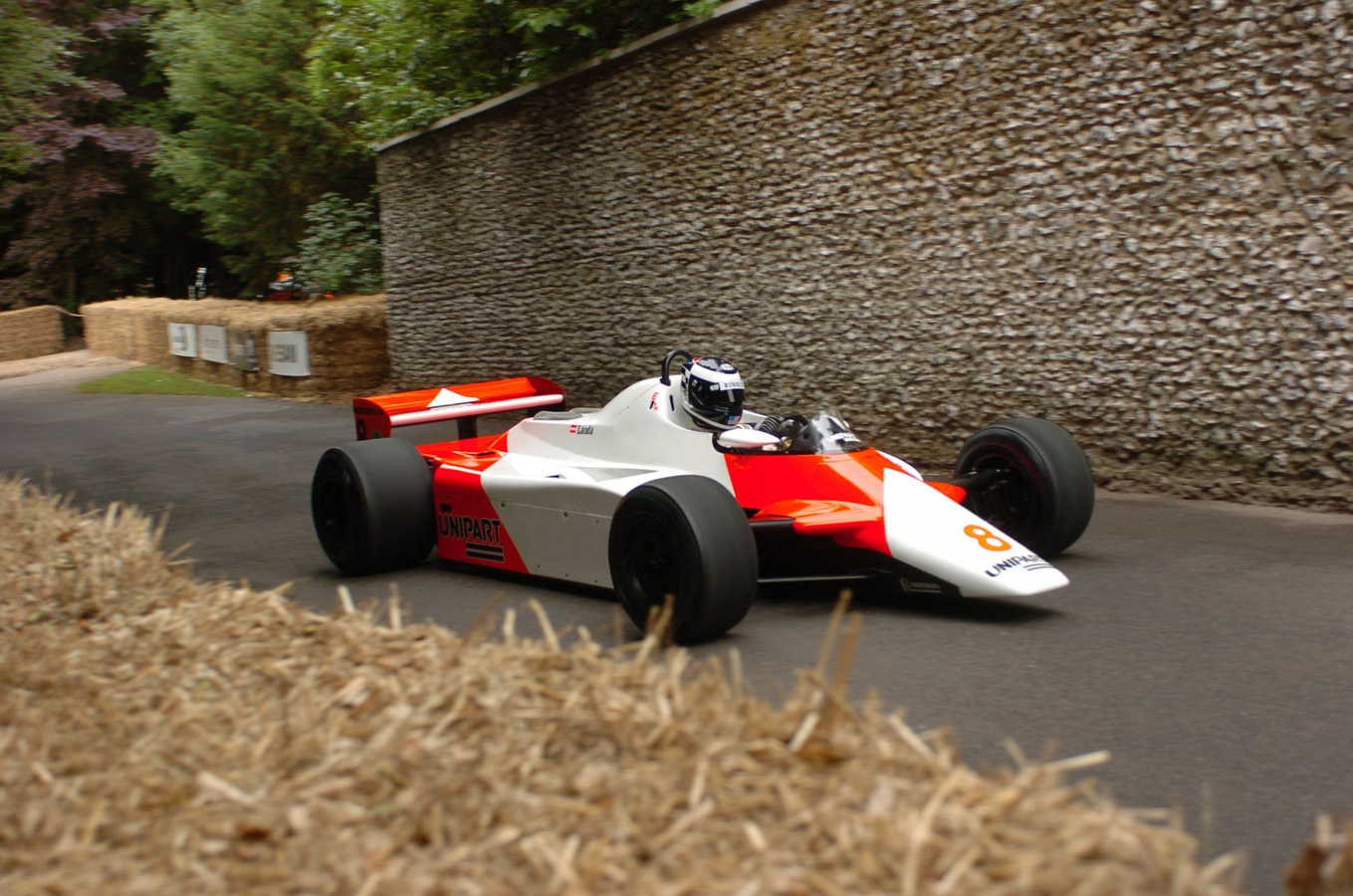 Three of the four MP4/1 tubs were reused the following year, in B-spec. Wattie memorably wrote off the fourth – at Monza, in 1981. Its remains still lie in a dusty corner of the factory somewhere…

The MP4-26 didn’t just win races, it dominated them – think of 2011’s classic victories in China, Canada, Germany, Hungary and Japan – and was full of innovative detail, such as its L-shaped sidepods, and rollhoop air intake. 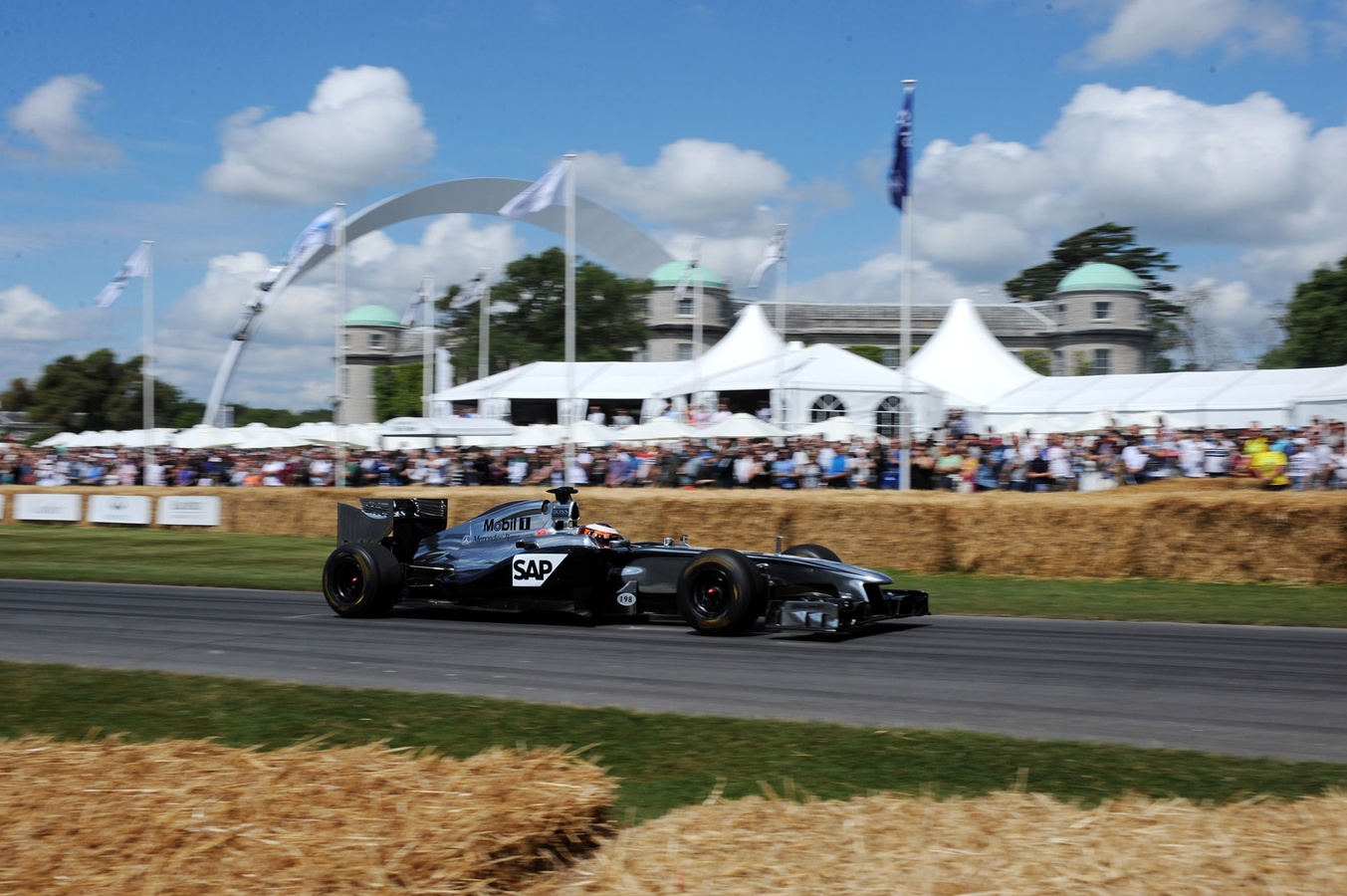 The pre-season car featured an insanely complicated blown exhaust configuration that refused to work. Its replacement only ran for the first time on the Friday morning in Australia. Fortunately, it worked.

Adrian Newey’s first design for McLaren – and a car that exploited F1’s new narrow-track, grooved-tyre regulations to the max. This was also the car that Mika Hakkinen finally came of age, taking eight wins and his first world championship. 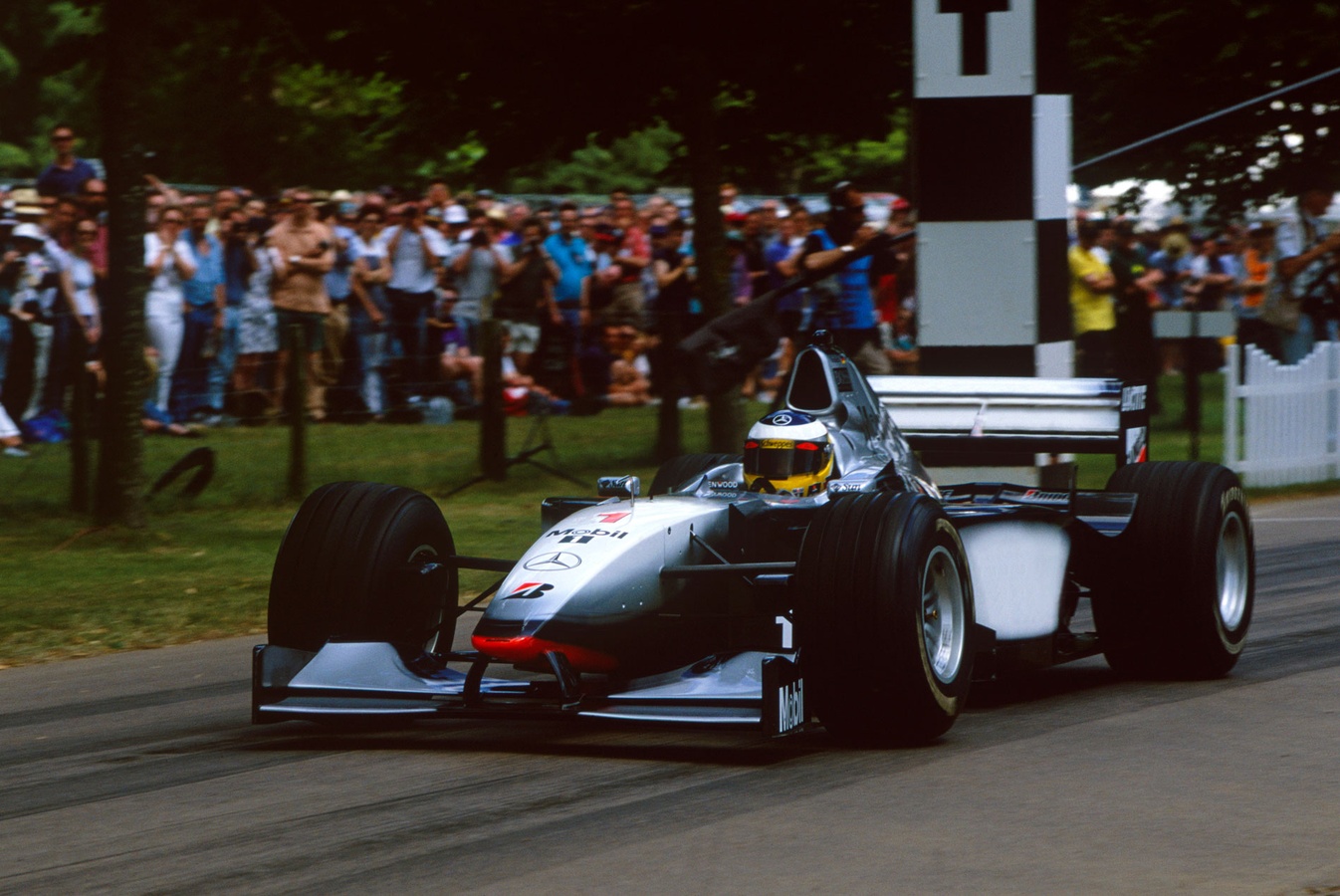 This was the last F1 McLaren to run a six-speed gearbox – 1999’s car switched to a seven-speed, and we changed to an eight-speed in 2014.

All-change for 2006 as the 3-litre V10s were replaced by smaller 2.4-litre V6s, producing around 250 fewer bhp than before. Unfortunately, the 2005 car’s key strength – its kindness to its tyres – became its’ achilles’ heel, as it failed to generate enough heat in its rear tyres. 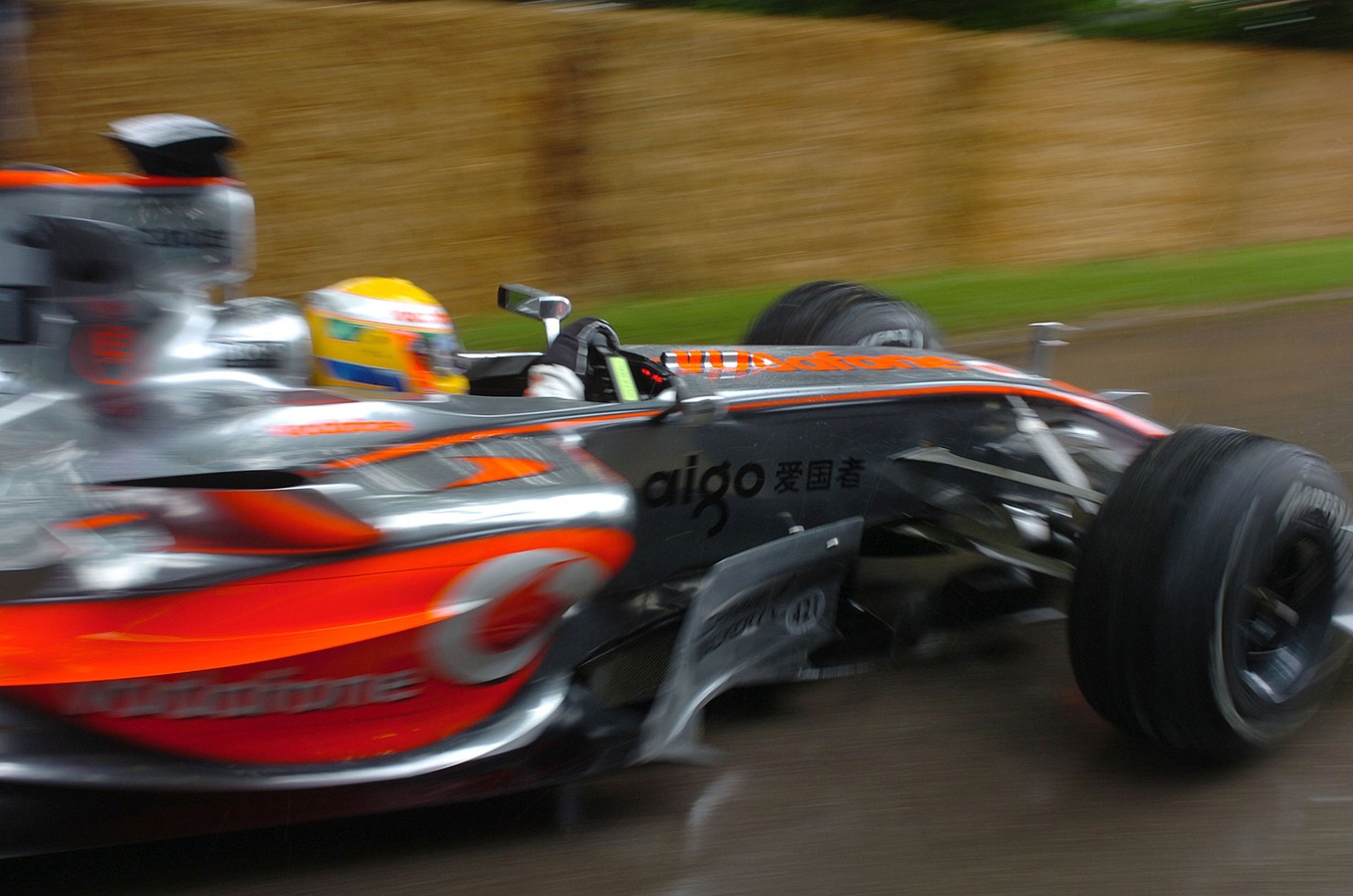 The MP4-21’s pioneering reflective chrome paintjob was created by Ron Dennis – he was inspired by a bottle of Bulgari Extreme men’s cologne.

The turbo car that, like the Lotus 49/Ford DFV before it, seamlessly blended both chassis and engine together to make a singular, dominant package. In many ways, this 1984 McLaren defined how constructors and manufacturers would go racing together. 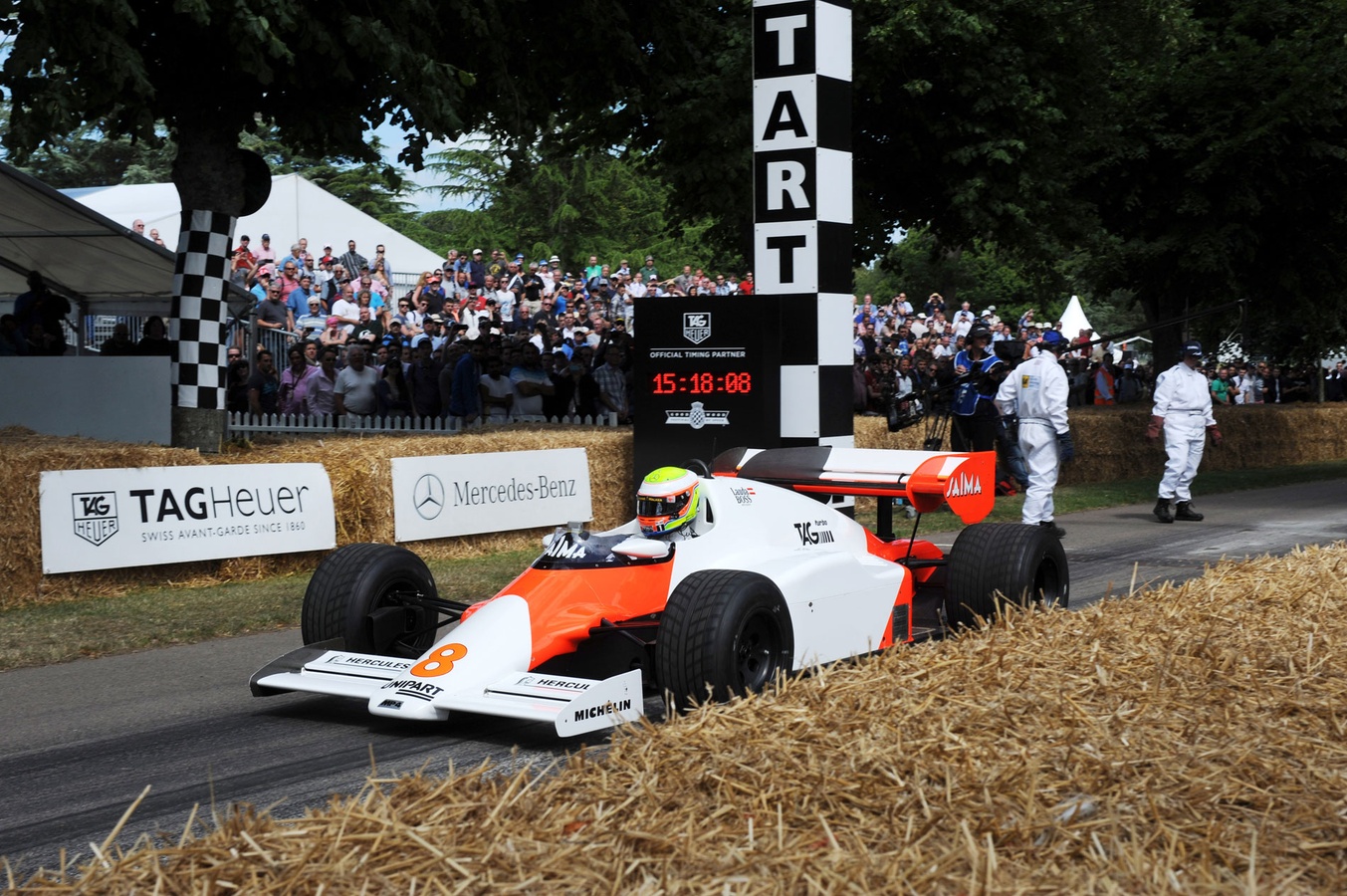 In typically thrifty style, two of the three tubs were used again in 1985. Incredibly, MP4/2-1 would be used by Niki Lauda for every round of the 16-race season.

When it rains, it pours in Canada

One year of McLaren Engage

The day marks the celebration of our female talent