It's been a long old break since the opening round of the Extreme E season in Saudi Arabia, but after an agonising four-month wait, the electric off-road racing series is finally set to return on July 6 with a showstopping double-header in Sardinia.

So, what have our drivers been up to? We caught up with McLaren XE's Emma Gilmour during her recent visit to the UK to find out how she has kept busy, before then looking ahead to the next round of the season and discussing her time with McLaren to date.

It's been nearly four months since the first round of the season, how have you kept busy?

It has been a big break since Saudi. I think we learned a lot in that first round. Personally, I recognised some small weaknesses, so I went away and I have been working to improve on them. To give some more background to that, Extreme E is a challenging series because you spend such little time driving, so it's a long time standing around waiting, thinking and analysing. You need to control your thought process so that you're being the most productive come race day.

I also have a rally team at home in New Zealand, so I was able to do a couple of rallies and rally sprints, which was great for getting in some seat and driving time. I also have my business back home in New Zealand, which keeps me busy. Because of the New Zealand border laws, I spent a lot of time in the UK last year, around six months, where I wasn't at home, so it was nice to have a couple of months back home, being back in the business and with my friends and family. 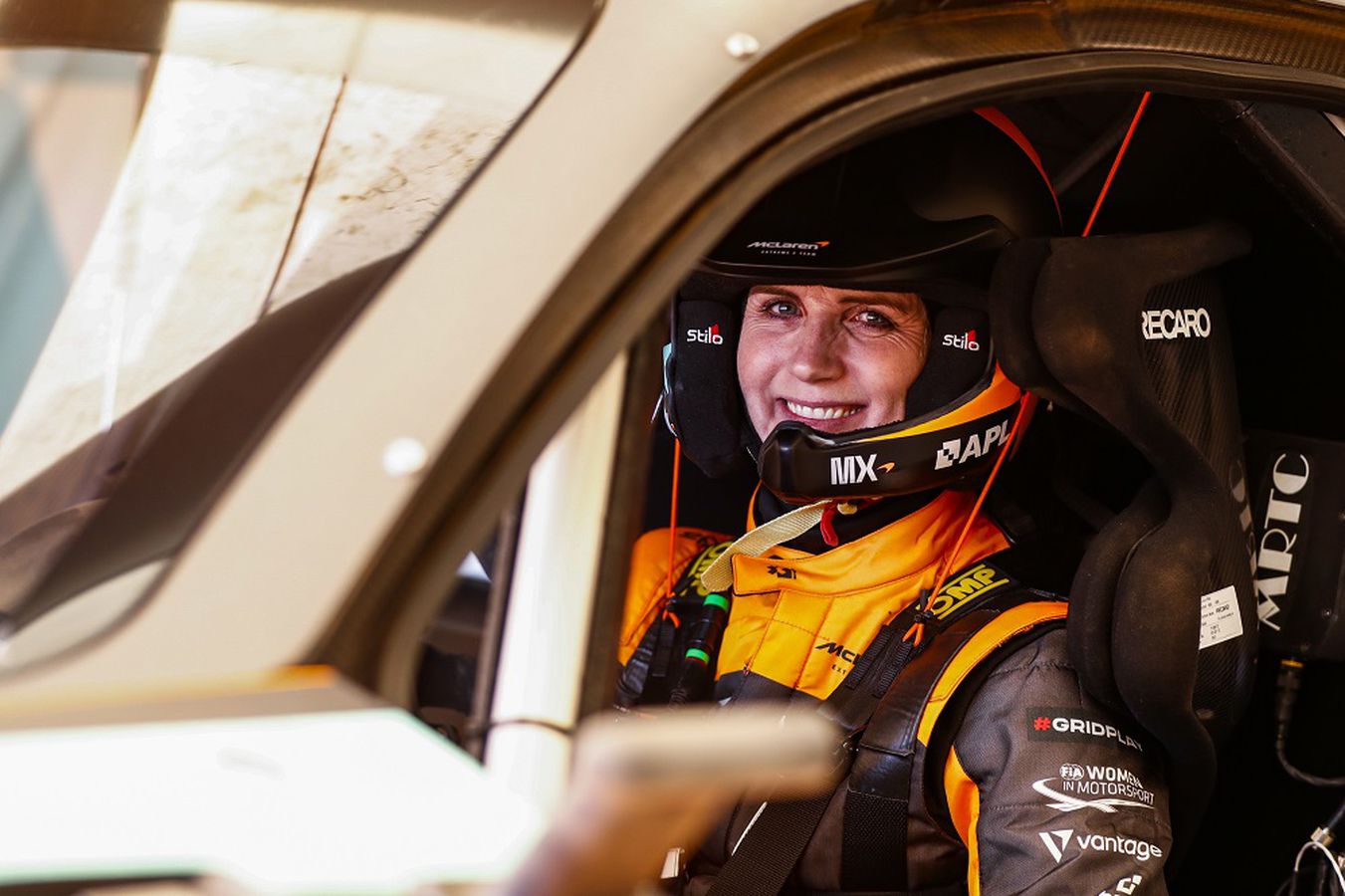 Looking back at the opening round in Saudi Arabia, crash aside, were you pleased from a performance point of view?

It was a great weekend. That was our first event as a team, and I think we proved how competitive we can be. It is always hard coming into a series a season down on your competitors, but we showed what we'd done in testing and development and that our work as a team had paid off, because we were competitive right out of the box.

There were a few things that were outside of our control in regards to the reliability of the vehicle, which meant that we ended up in the crazy race, but Tanner and I both did a good job and made it through to the final. That being said, you're then not in an optimum position because you've just scraped into the final and have therefore got the worst grid position. So, it was always going to be tough from there.

How was the Extreme E test that you and Tanner Foust took part in earlier this month?

The Odyssey is quite a different car to drive compared to my rally car at home in New Zealand, so it was really nice to get back in the Odyssey and recognise how you have to adapt your driving style to get the most out of it. We have a new suspension package inside the Odyssey, which was a really good improvement from where it was. Tanner and I worked really well together along with Leena and Teena Gade in the engineering team in terms of learning how the car responds. With it being a double-header, it is a very important event, but I think we've left the test in a really good spot, and I am feeling confident going in. 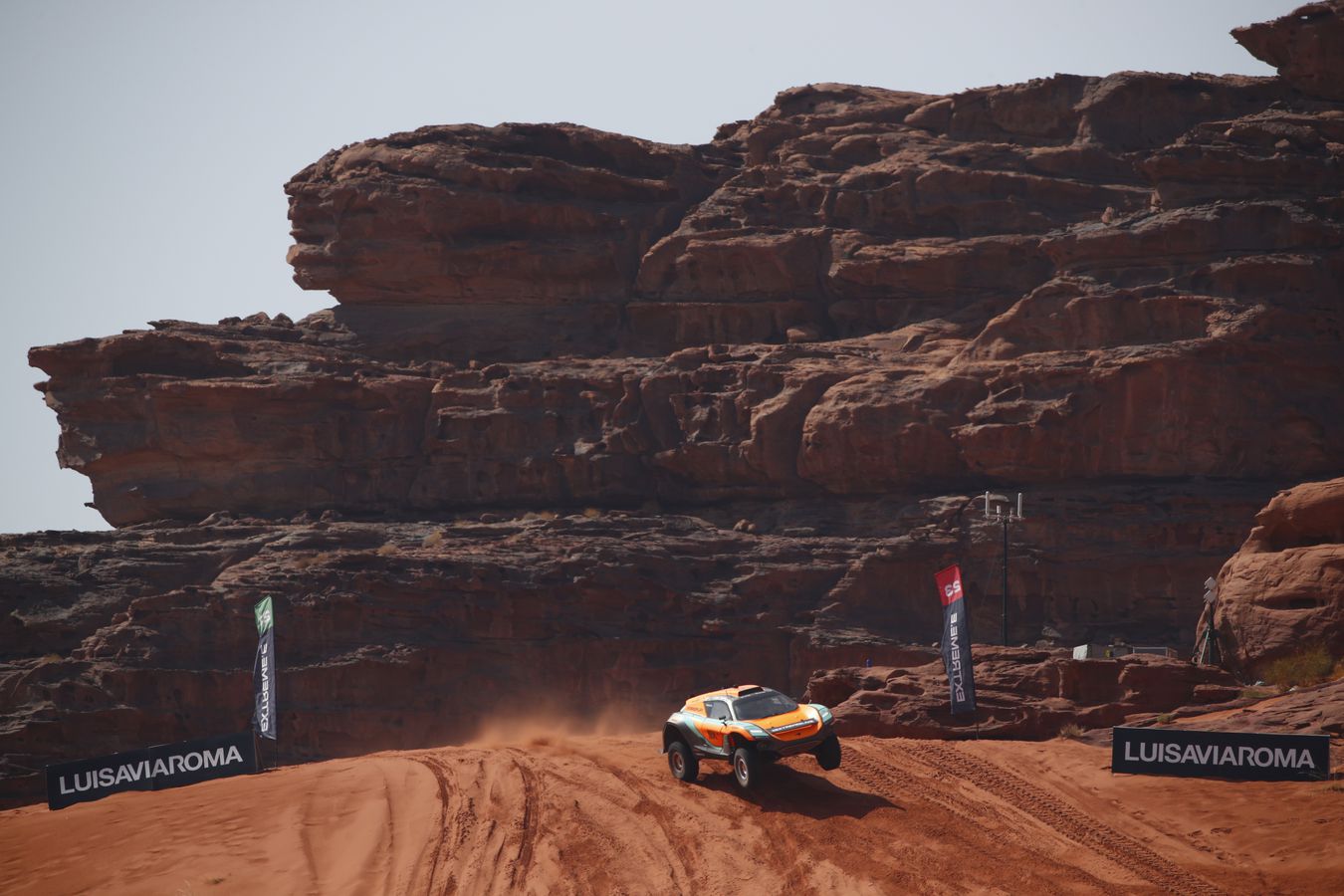 Why will the new suspension package be so important?

It's a big vehicle, and we're going over unknown terrain, so the suspension package is really important to our confidence as drivers, and the speed that we can carry. I think the suspension upgrade is definitely heading in the right direction, and Tanner and I both felt really confident in it after testing.

Sardinia will have a different terrain from what we experienced in Saudi. I raced there last year with Veloce, and if it stays dry, then it is a very hard, packed surface. Still quite unforgiving in terms of boniness, but definitely not like the sand and the big elevation changes we saw in Saudi. It'll be a flatter terrain with a hard base.

From a physical and mental sense, what will be tough about the double-header?

The challenge of the double-header is that, so far, there has always been a long break between events. This time around, it is only one day, so you've almost got to approach it as one long event. Because of the location's limitations, it will not be the simplest to make really big repairs. I think the mentality in Extreme E had been quite similar to Rallycross, where it's all or nothing in the final, but I think there will have to maybe be a bit more of a measured approach to ensure that you're there again for Round Three. 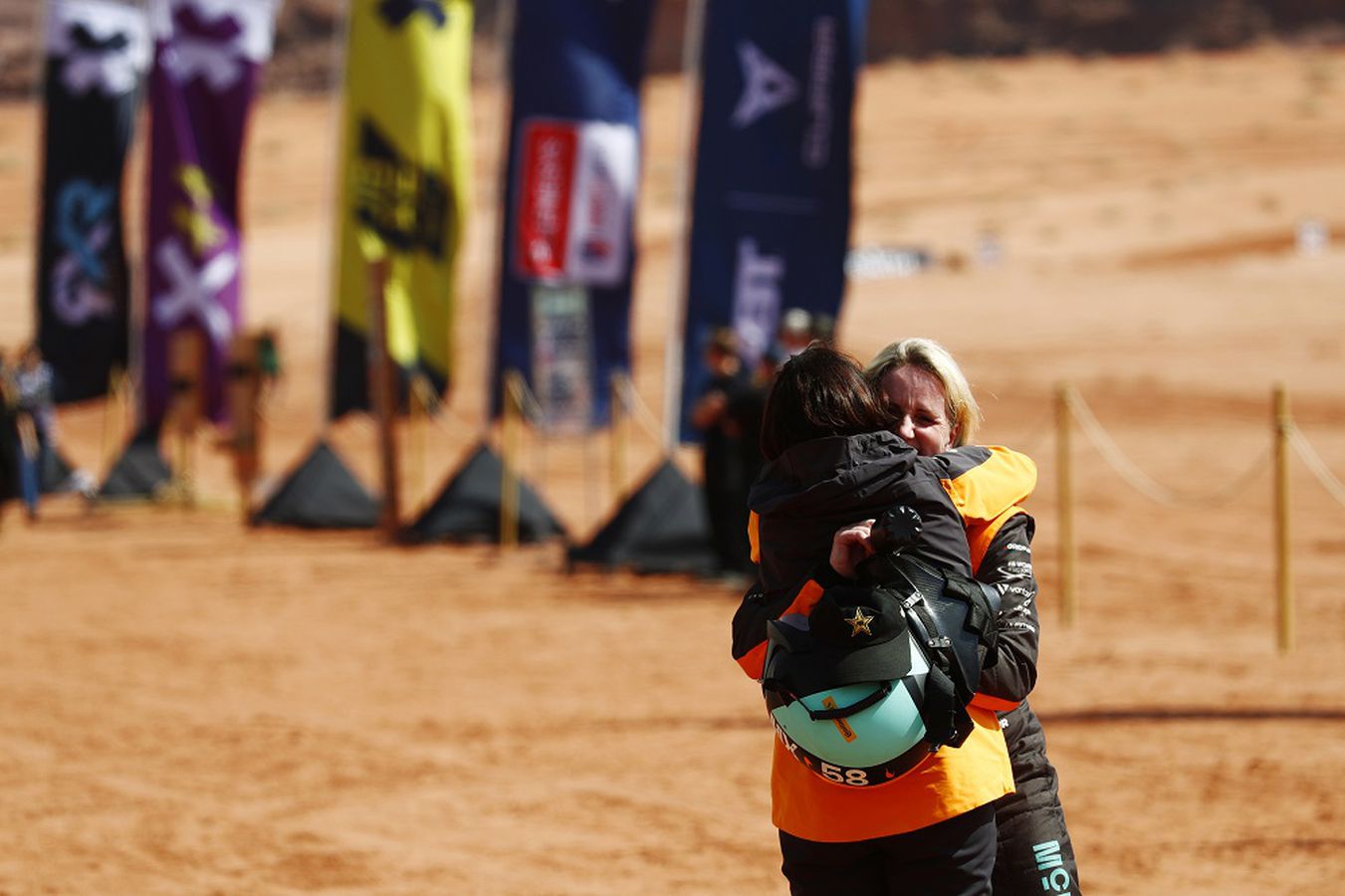 What have you enjoyed about working with McLaren Racing and your teammate Tanner Foust?

It's the most professional organisation I've ever worked with, not just in regards to racing, but even just in my business life. The focus is always on excellence and doing the best that you can, thinking outside of the box and asking what can we do better? There are no limits, it is always 'what can you think of that's going to help us as a team to perform better' - that's a wonderful environment to be in. It's really inspiring and great to be part of, I feel very, very lucky to be working amongst such talented individuals that are all striving for the same thing.

Me and Tanner work together very well. We are lucky in that although we come from different racing backgrounds, they complement each other well. We get along great, and we like the car set up in a similar way. It's good to be able to call on each other's experience to make the unit stronger because it's both of our car, so we have to make it as good as possible for each other, which is quite unique, especially in this off-road environment.