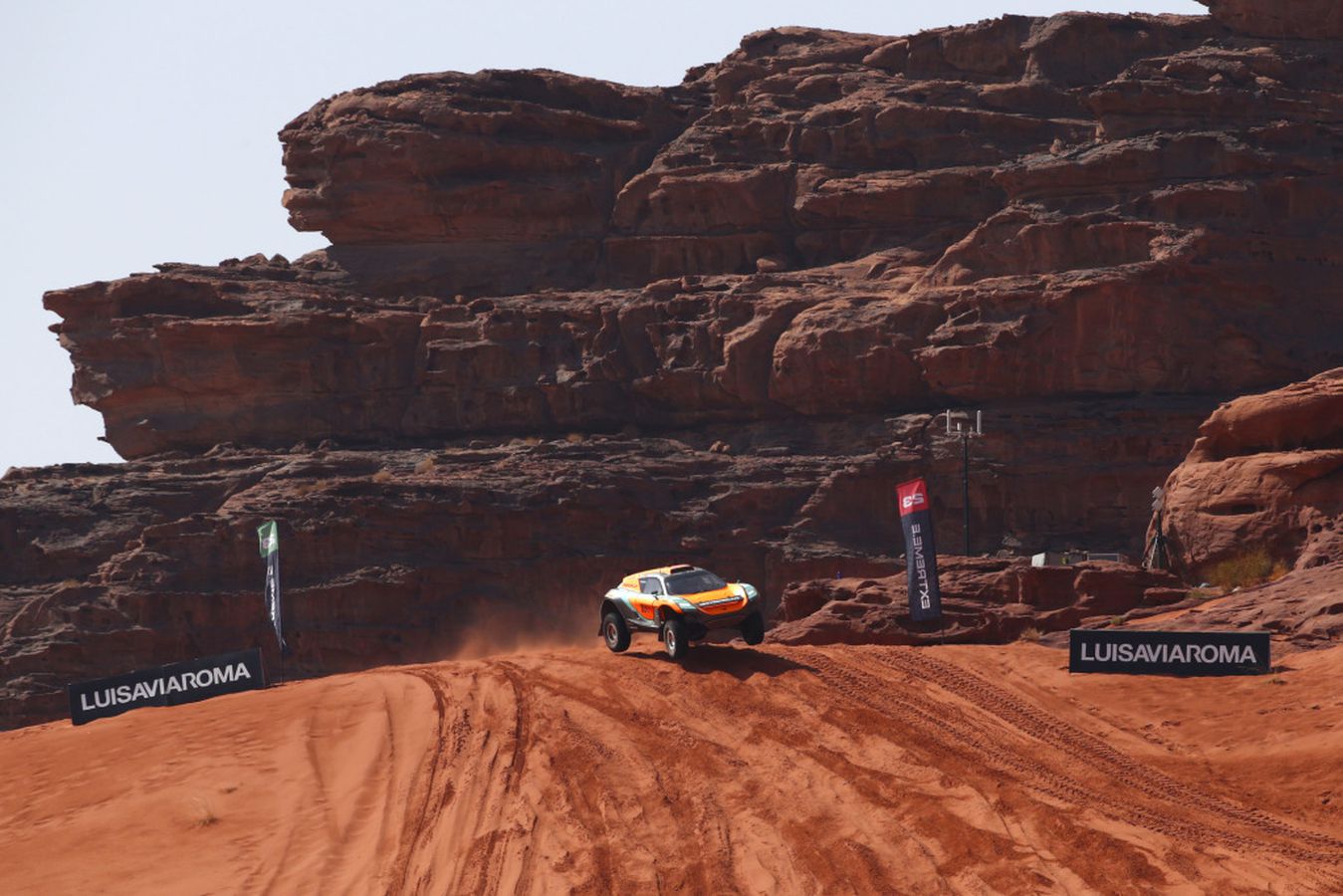 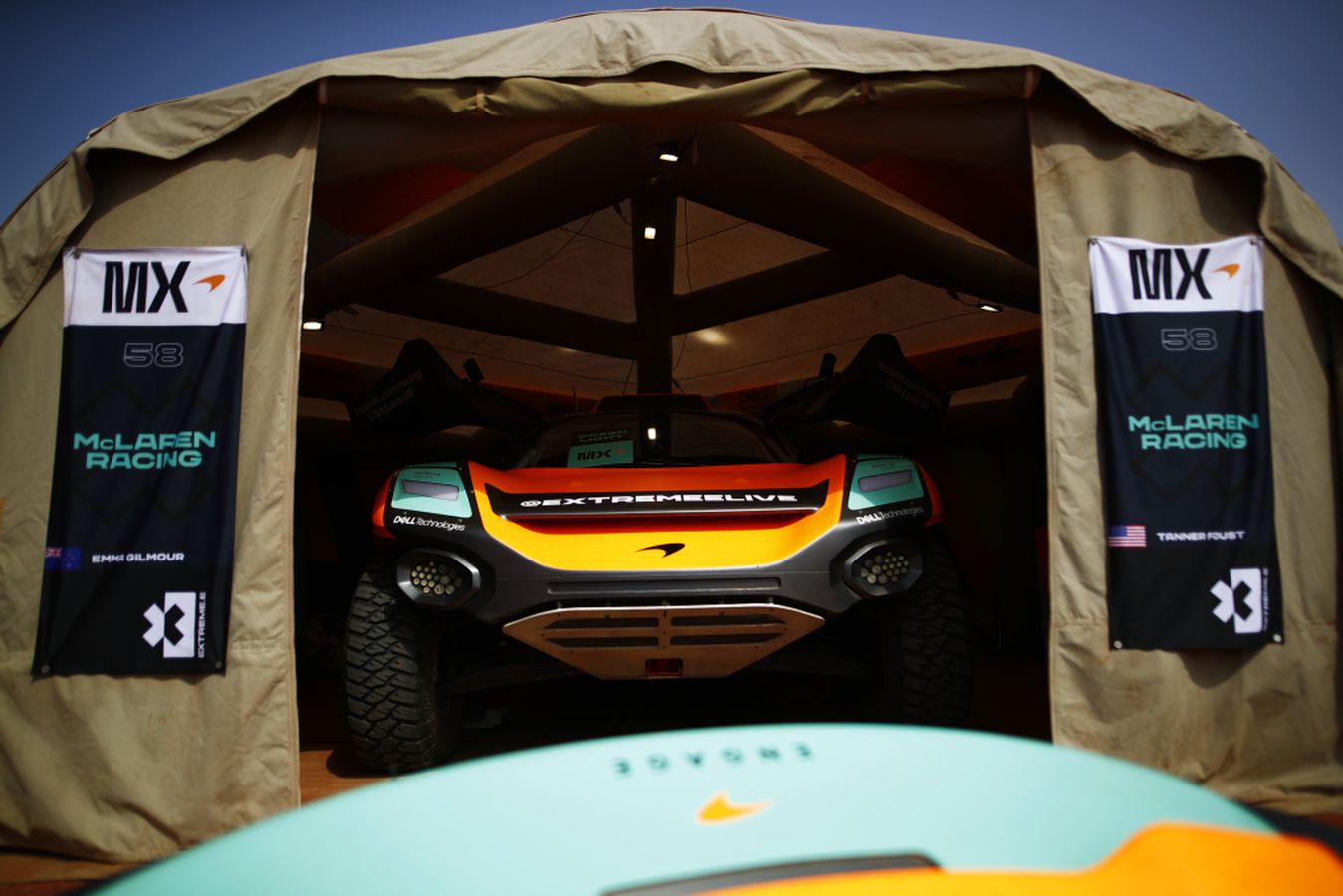 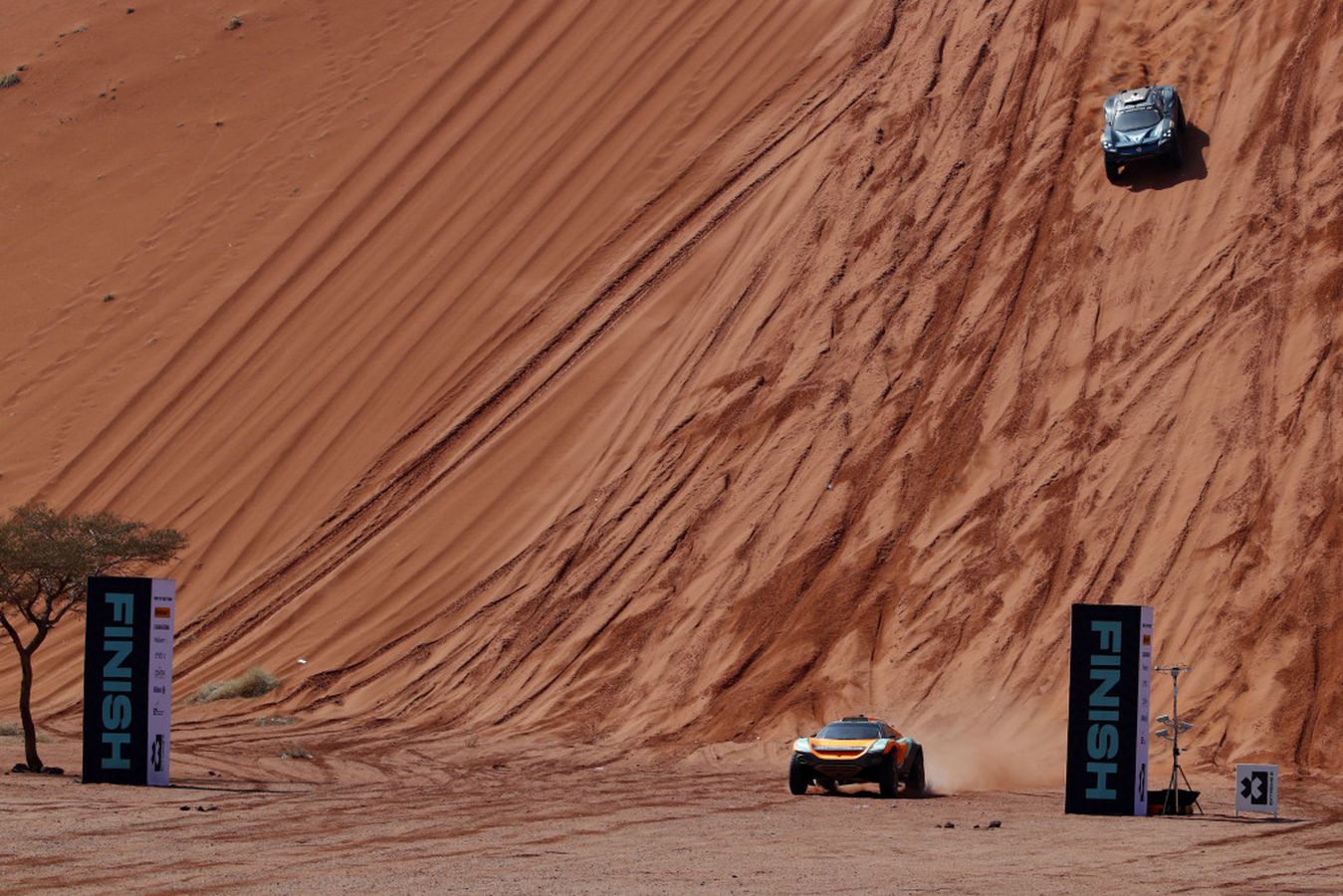 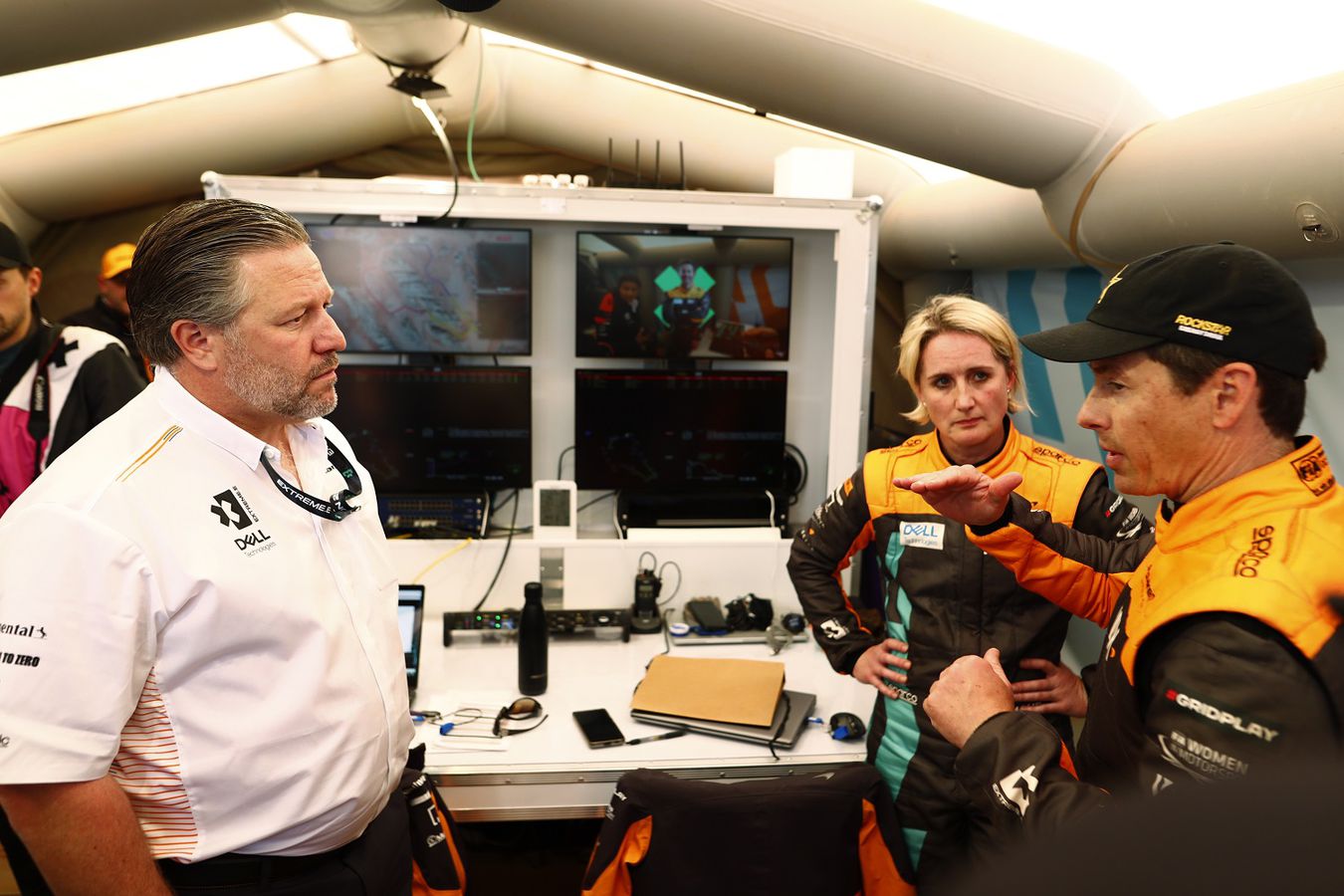 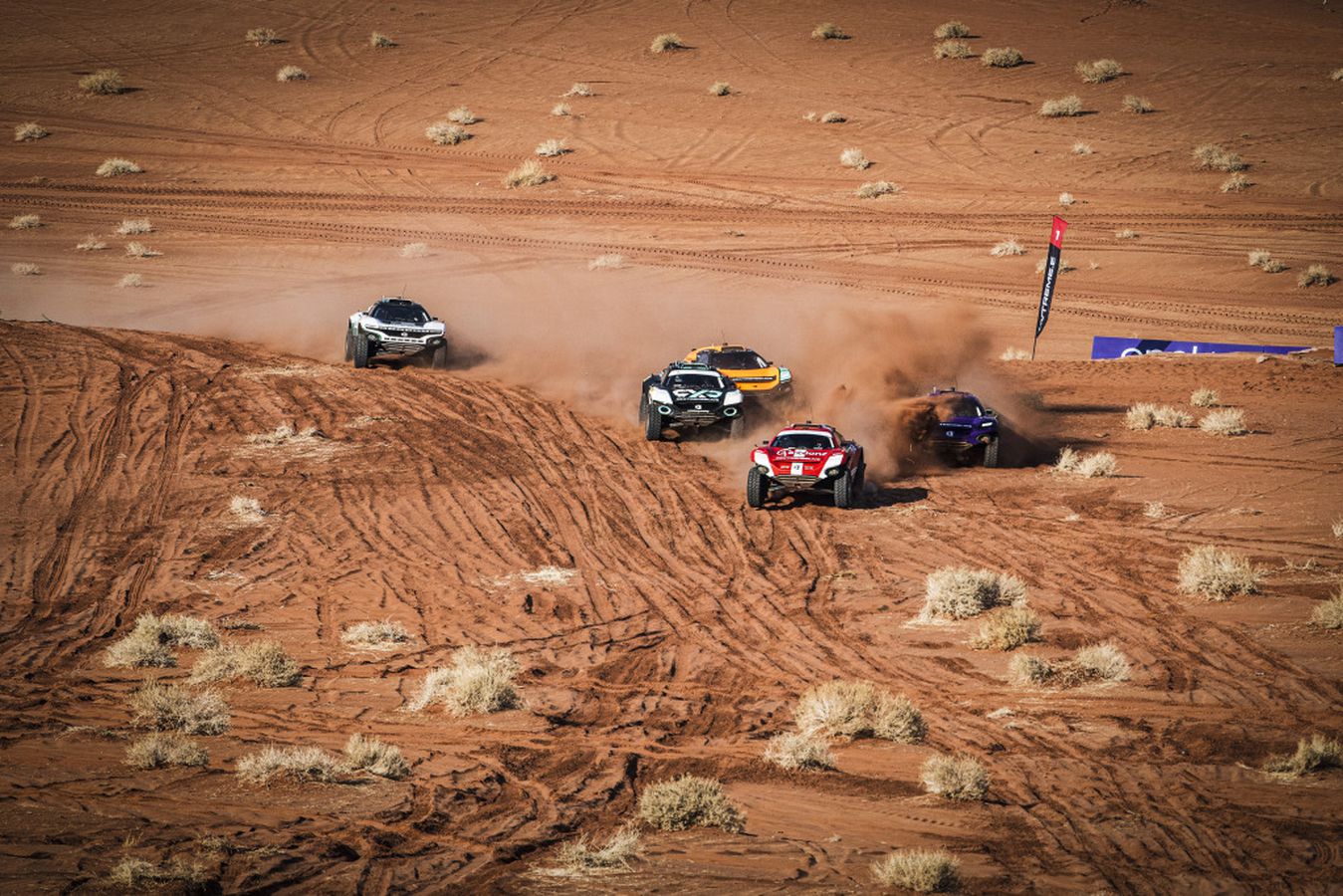 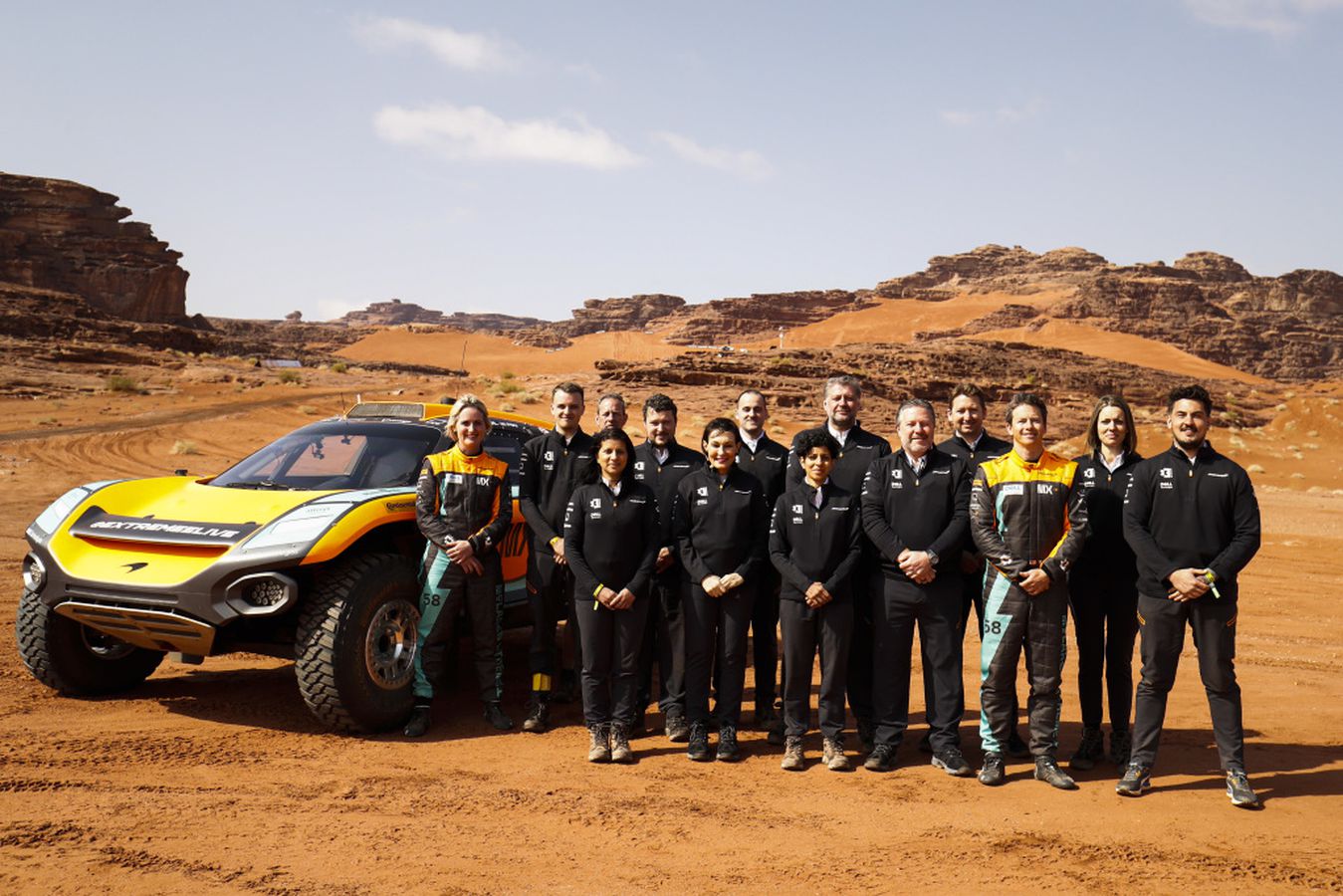 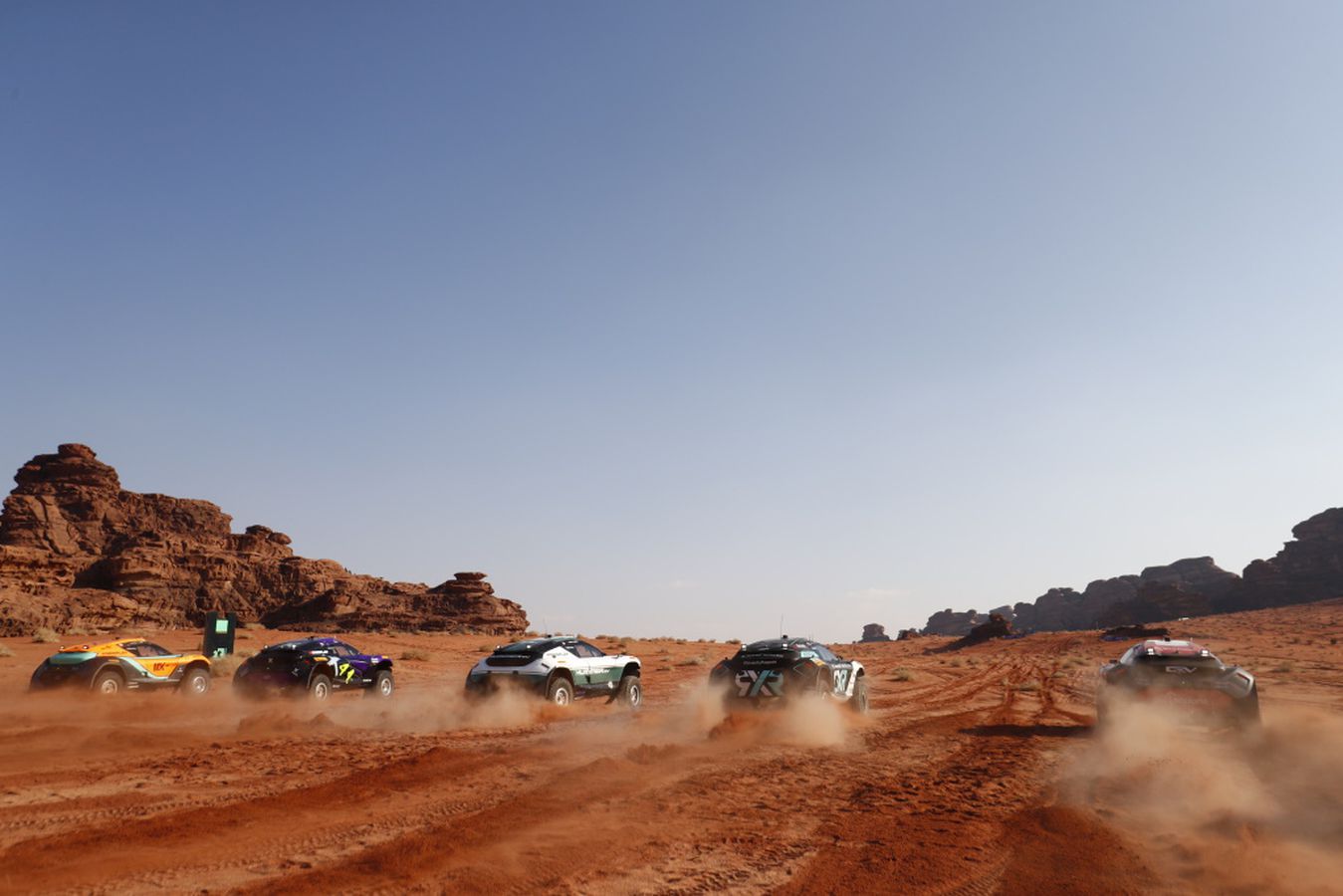 "What a weekend of racing! Completely crazy! It was incredible getting through to the final on a wild card especially when we had a technical problem in qualifying on Saturday. However, for the final, the dust was the biggest challenge I was committed through a particularly thick cloud not realising a car in front had some problems and had slowed down. The impact caused a huge roll and we were out of the race. The effort that this talented team put into its first weekend of battle was epic and I’m bummed it had to end this way but we learned a lot and will be more ready than ever in Sardinia.”

“We knew it was going to be a tough first event especially when we are all still learning but to bring home the bacon for the Crazy Race dispelled the frustrations left from Saturday during qualifying. What happened to Tanner in the final is one of the many challenges and risks which we knew we had to navigate and which an accident reminds you of complete visual oblivion from sand and dust. However, this was also our first event as a team and we have gained a lot from being at track together which will bring us back stronger. Tanner has been an awesome support and I couldn’t wish for a better teammate, plus the experience of being in Saudi Arabia and racing in such spectacular terrain has been incredible.

"You feel really small when you stand outside, right in the middle of the desert, surrounded by mountains but you also remember what the sport brings in terms of its legacy programme to raise climate awareness.”

“I am happy with our performance out here in Saudi. Tanner and Emma have performed brilliantly as a team and presented a strong recovery performance in The Crazy Race, despite the technical issue which prevented us from qualifying in Q2. What happened to Tanner out on track in the final is symptomatic of the challenges that have to be navigated when racing in different terrains. It was always going to be tough competing in a new series, but we’ve learnt a lot and we leave Saudi taking away valuable insight which will make us even better at the next race.

“A big thank you to everybody: the team here at the track working on a new race series as well as everybody back home. Operationally, we executed clean racing despite challenging circumstances with the dust, not to mention the electrical fault at driver switch. Finally, congratulations on a successful Saudi Arabian Desert X Prix, here at this new and exciting venue in NEOM. Four more races to go throughout 2022: we can’t wait.”

“Despite Tanner’s accident in the final, the racing this weekend is exactly what we envisaged when McLaren Racing entered into electric motorsport with Extreme E. All the thrill of racing, under extreme conditions, yet totally different racing to F1 and IndyCar: short, sharp and fast and, in the Crazy Race, really furious! I couldn’t be prouder of the efforts of Emma and Tanner and their natural camaraderie as well as the efforts of the entire team, especially our Sporting Director, Mark Grain, and Senior Principal Engineer, Leena Gade. We are only just beginning but Tanner is good to race again and while we’re up against tough competition, we’ve made a solid start.

"Beyond the racing, it’s just awesome to be part of this innovative series and critical effort to push more diversity in our sport and engineering, while raising awareness of climate action. We’re already learning fast to accelerate our own sustainability mission, driven by our core purpose: the Fearless Pursuit of Better. Fearlessly Forward!”

The best shots from our day in the desert

How much do you know about McLaren Racing?