McLaren today revealed its contenders for the 2022 Formula 1, IndyCar and Extreme E seasons, including the all-new McLaren MCL36 as the team takes on a new era of F1 regulations.

McLaren Racing today unveiled the three race cars that will contest the 2022 Formula 1, IndyCar and Extreme E championships to a live global audience. In addition to the three real-life racers, the livery of team’s esports programme, McLaren Shadow, also broke cover during a live event at the McLaren Technology Centre, the team’s headquarters in Woking, UK.

Ahead of an exciting new era of Formula 1 regulations, McLaren unveiled the all-new MCL36, to be piloted by five-time podium finisher, Lando Norris, and eight-time grand prix winner, Daniel Ricciardo. The MCL36 will compete in the 2022 FIA Formula 1 World Championship as the team seeks to continue its journey of year-on-year improvement to challenge for the Formula 1 Drivers’ and Constructors’ World Championships. Lando, Daniel and the MCL36 will start the 2022 Formula 1 season in Bahrain on 20 March, after concluding pre-season testing at the Circuit de Barcelona-Catalunya and the Bahrain International Circuit in the weeks prior.

Alongside Formula 1 and IndyCar, the team also revealed the inaugural 2022 McLaren Extreme E livery, to adorn the No. 58 all-electric off-road racer, to be piloted by former World Rally Championship competitor, Emma Gilmour, from New Zealand, and four-time US rallycross champion Tanner Foust, from the USA.

Emma becomes the first female McLaren racing driver, in-line with the team’s commitment to showcase and inspire diversity in motorsport. The number 58 was chosen in homage to McLaren Racing’s founder and pioneer, Bruce McLaren. Bruce’s first race-car, a 1929 Austin 7, carried the number 58 and takes pride of place at the entrance to the McLaren Technology Centre. The McLaren Extreme E team will kick off their 2022 Extreme E Championship fight at the Desert X-Prix in NEOM, Saudi Arabia on 19 February.

The F1, IndyCar and Extreme E McLaren Racing competitors carry a brand-new Fluro Papaya and blue livery. This common colour scheme builds on previous iterations of McLaren liveries while maintaining the papaya and blue colourways that have become synonymous with the team, after they were first introduced for the 1967 Can-Am season. 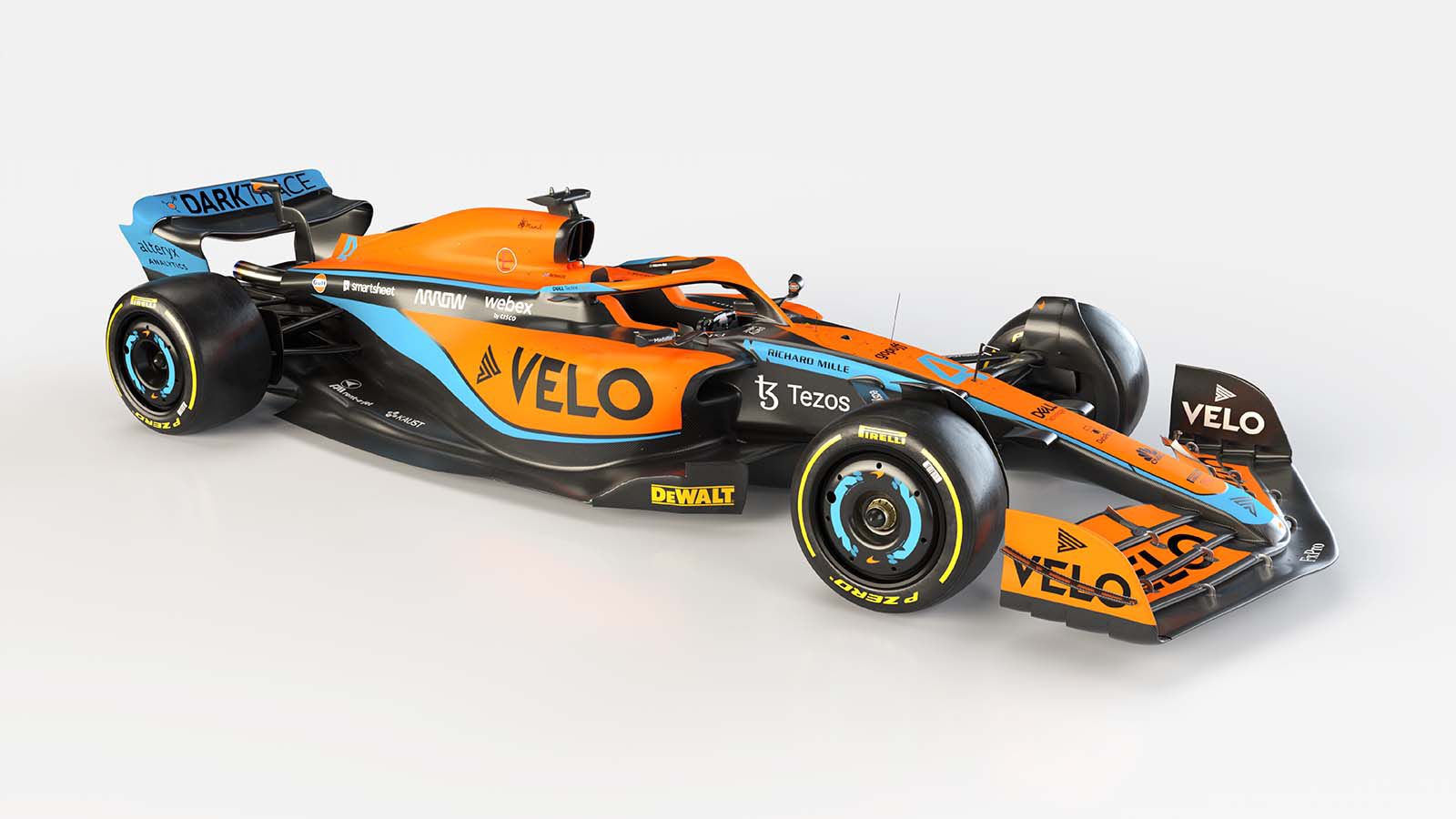 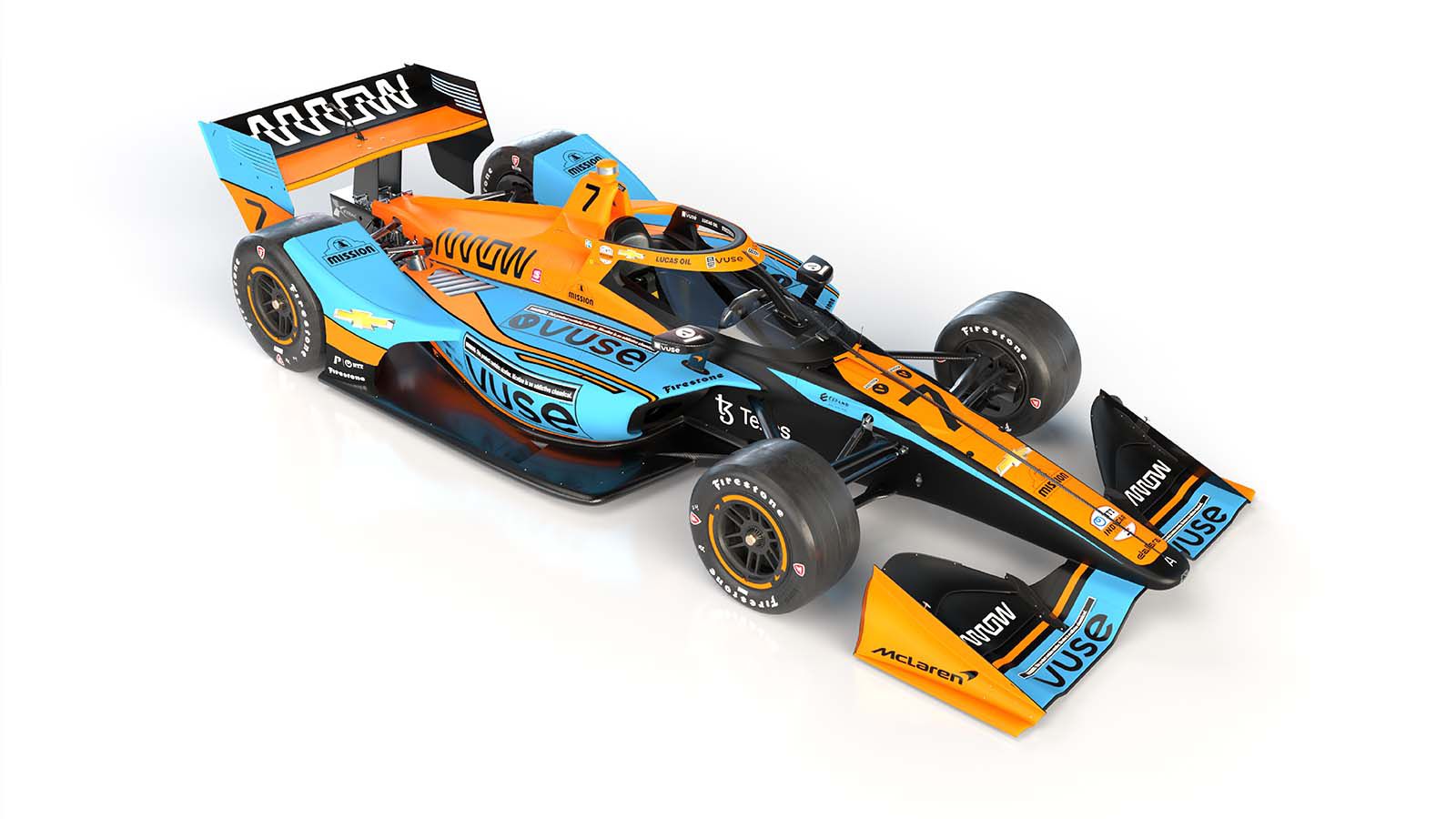 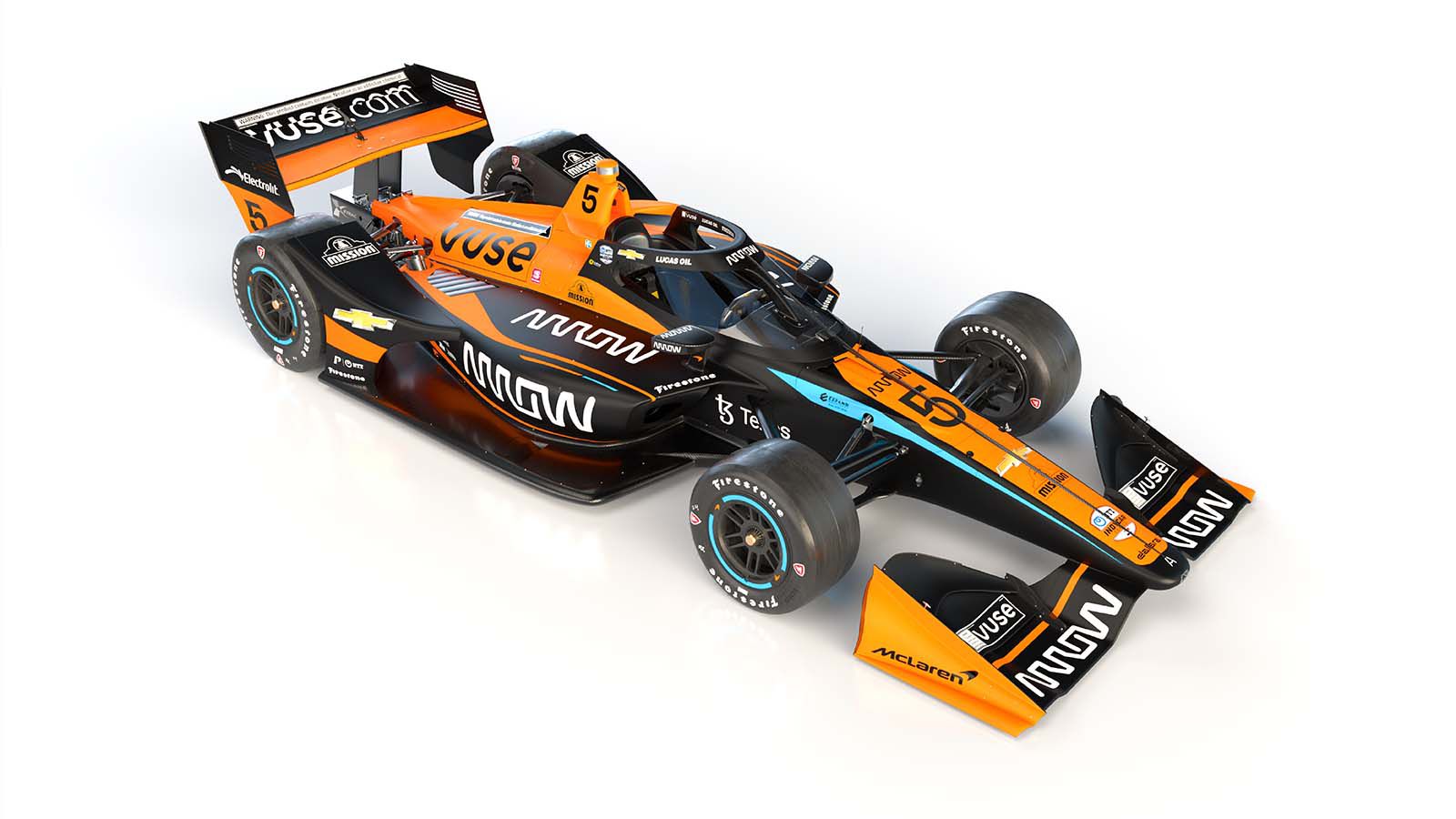 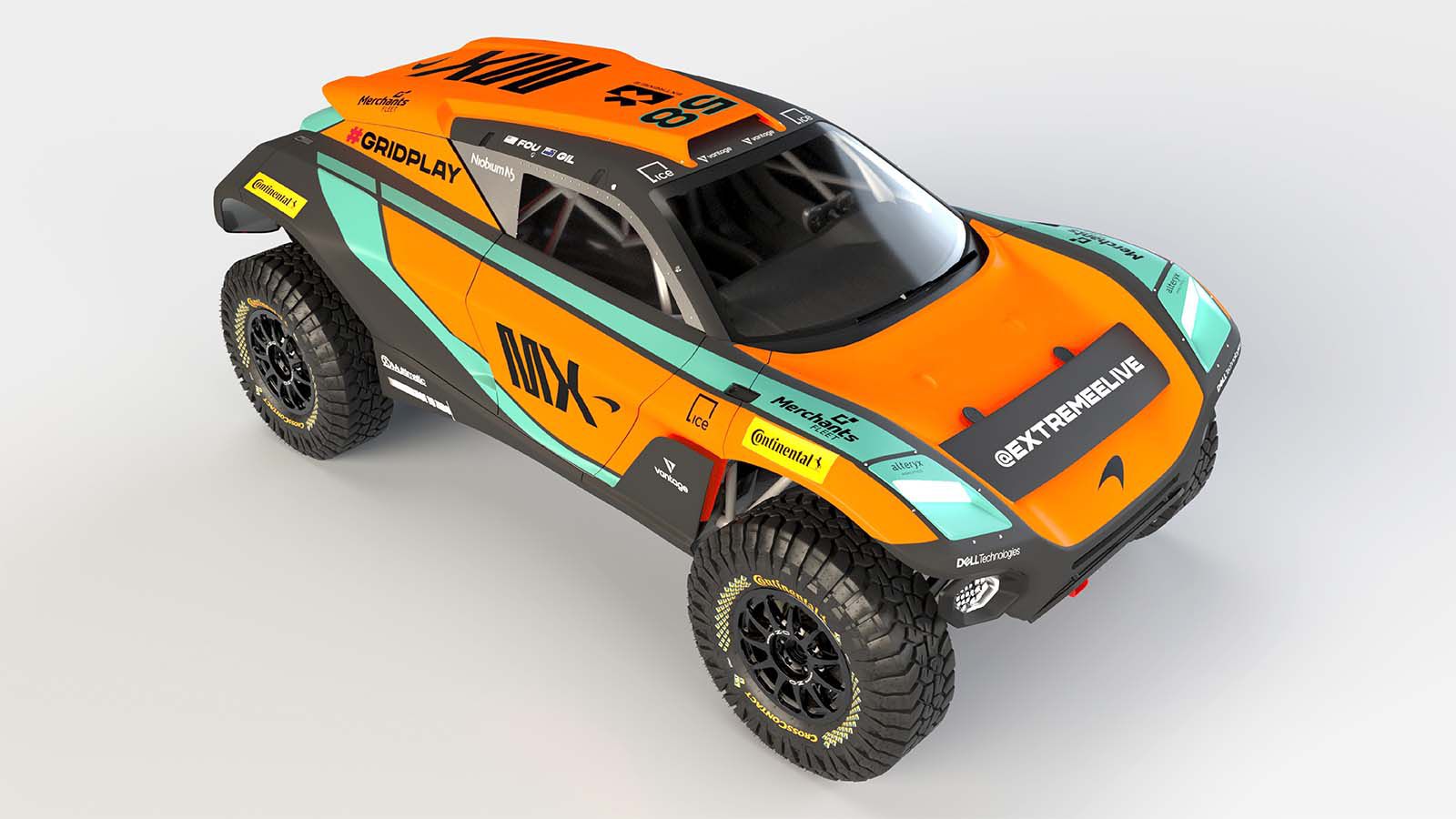 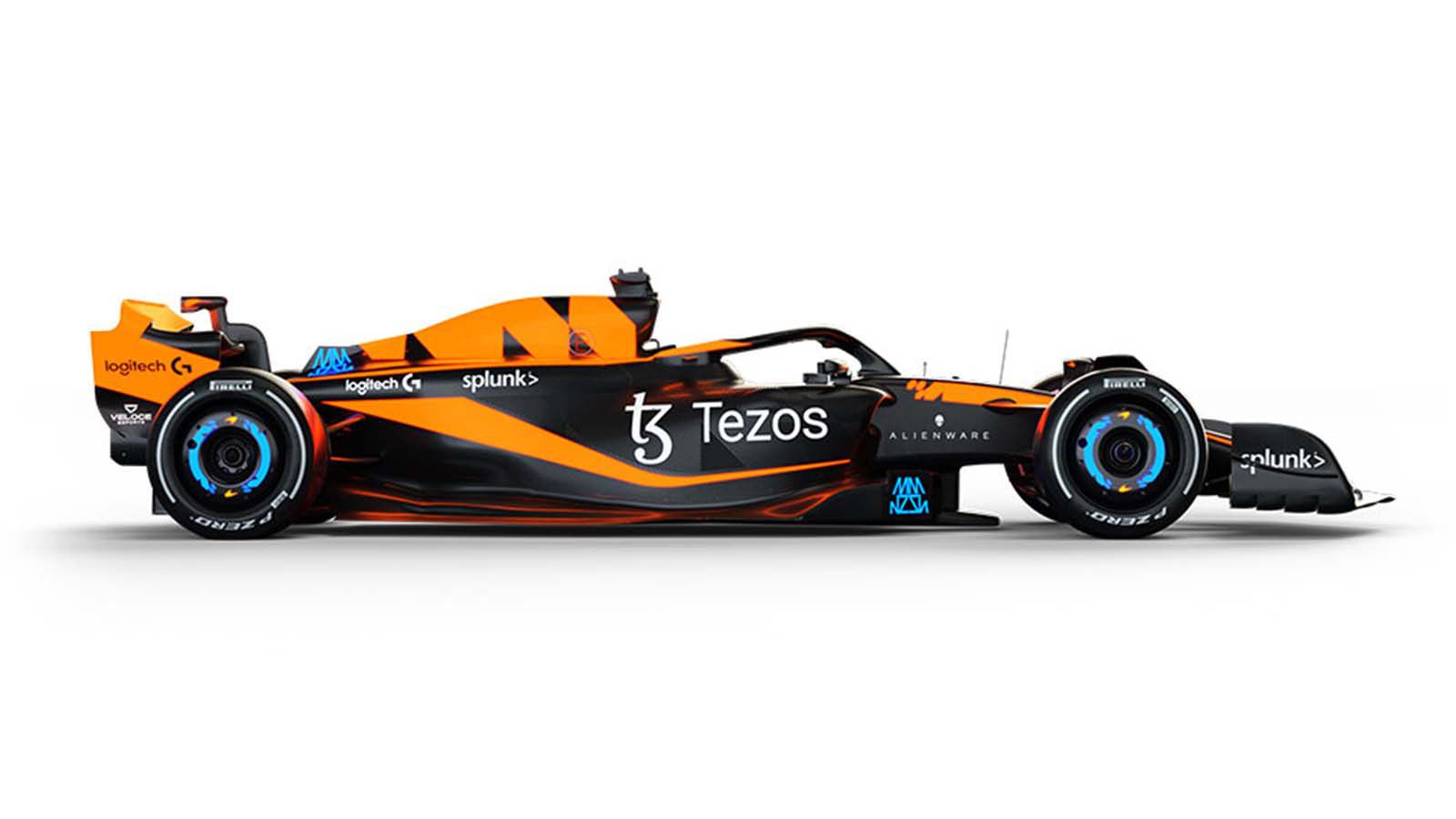 Alongside the physical launch of the team’s new contenders, and in a world-first for Formula 1, the MCL36 will also be revealed digitally on the Roblox platform, allowing fans and players to be the first to get behind the virtual wheel of the MCL36. The immersive online experience enables users to explore a faithful recreation of the McLaren Technology Centre, alongside digital avatars of McLaren F1 drivers, Lando Norris and Daniel Ricciardo.

Underpinning the team’s launch is McLaren Racing’s commitment to embed sustainability into every decision and action, through four core pillars: achieving net-zero carbon status by 2030; accelerating the transition to a circular economy to reduce, reuse and recycle resources; promoting a diverse and inclusive culture in our workforce and industry through the McLaren Racing Engage initiative; and promoting health and well-being within our people, our fans and the communities in which we work and race.

McLaren has a legacy of sustainable leadership and was the first Formula 1 team to be certified carbon neutral in 2011 and retain the Carbon Trust Standard award, most recently in February 2021. The team was also the first to be awarded the FIA Institute’s Environmental Award in 2013, which has been consistently maintained at a three-star Gold standard.

McLaren Racing has an ambition to help drive and champion the sport and industry agenda forward, in partnership with all stakeholders with the goal of positively contributing to a truly sustainable future.

“I’m delighted to see us launch all three McLaren Racing programmes across the Formula 1, IndyCar and Extreme E championships today. This is a first for us as a team, and in the wider world of motorsport, and it’s been fantastic to see how excited the fans have been as they get ready to join us on the next part of our journey.

“Our Formula 1 team continues to make great progress year-on-year with Andreas Seidl at the helm, and this new era of regulations represents a real opportunity for the team. I’m excited to see Lando and Daniel get behind the wheel of the MCL36 and take it to the competition this year. Lando made great progress in 2021, scoring four podiums, and Daniel’s sensational victory in Monza reminded the team what it feels like to win again. As we head into 2022, we’re looking to build on that progress and further close the gap to the teams at the front.

“In the US, Arrow McLaren SP enters the 2022 INDYCAR season with great momentum after a close championship battle in 2021. Pato has grown tremendously over the past two seasons, securing two wins and staying in the title fight right until the final race. Felix is an incredible talent who joins us again to show his true potential in the No.7 car.

“We’re thrilled to be launching our Extreme E team and livery ahead of the first race in just under a week, with Emma and Tanner getting behind the wheel of the No.58 McLaren car. It’s fantastic to be joining this innovative and exciting new series, which will help accelerate our own sustainability mission. All of us at McLaren can’t wait to see what Emma and Tanner can do out in the desert at our inaugural X Prix.

“Commercially, we head into the 2022 season as strong as ever with an expanded portfolio of valued partners, each crucial in driving our ambitions as a team forward, and without whom we simply wouldn’t be able to go racing. Together we’re working closely, not only to unlock on-track performance, but also to innovate and develop new ways of addressing sustainability challenges in broader society.

“Being voted the fans’ favourite F1 team last year by some margin and being ranked a close second in the same survey in IndyCar after just two years, is not just hugely rewarding but more importantly reminds us that our fans are at the centre of everything we do. We never take them for granted.

“Launching each of our competitors together this evening is an extremely proud moment for our team, a lot of work has gone on behind the scenes to prepare for today, and now all that’s left to do is hit the track and start racing.”