Everything you need to know for the United States Grand Prix

"COTA is one of the most exciting circuits on the calendar"

Everything you need to know for the United States Grand Prix

"COTA is one of the most exciting circuits on the calendar"

Yes, after missing out on a trip across the pond due to the covid-19 pandemic last year, we’re finally back in the United States of America. Apparently, it’s the home of the brave, so McLaren F1 drivers Lando Norris and Daniel Ricciardo should fit right in at the Circuit of the Americas in Austin, Texas.

Keep scrolling to hear from both Lando and Daniel, and Team Principal Andreas Seidl, ahead of the United States Grand Prix. Scroll a little further and you’ll find out what to watch out for this weekend, learn about our brand-new United States Grand Prix merchandise collection and get the latest on the competitions we have in store. Notice how we said ‘competitions’, plural? Oh yes, we’ve got more than one coming your way this week. It’s going to be epic.

“I can’t wait to be back in America this weekend, where we’ll be aiming to bounce back from the result in Turkey. Austin is known for its great atmosphere and I’m sure it’ll be the same again this year with the fans being super passionate. The fight is still on in the Constructors’ Championship, so we need to keep pushing.

“COTA is one of the most exciting circuits on the calendar. Even though the track has elements of other F1 tracks, it still feels like a unique place to race. I took part in a virtual race around COTA last year with the Arrow McLaren SP team during the pandemic, which was a lot of fun, but I can’t wait to be racing there for real in an F1 car there after two years. Hopefully it’ll be a good weekend for us.”

“I’m excited to be in the US after a one-year hiatus. The city of Austin is a special place known for its brisket, BBQ and all that good stuff. Not to mention that COTA is arguably one of the best tracks we get to race on. We need to make up for missing out on being there last year, so we’ll be working hard for a good result.

“We’ve taken the time between races to analyse, understand and learn from what happened last time out. We’re ready to move on and focus on the challenge of this weekend. I think some sections of the track will suit us, so we should be in the mix for some points come Sunday.

“To top off the weekend, I’ll also be getting behind the wheel of Dale Earnhardt Sr’s 1984 Wrangler Chevrolet Monte Carlo. He’s a big hero of mine, so to be able to drive one of his cars is going to be a surreal moment and a bit of a dream come true. A big thanks to Zak for keeping his end of the deal and making this happen. I can’t wait!”

“We’re looking forward to returning to the United States this weekend as we head into the final six races of the season. Having Austin back on the calendar this year is great for the sport and, most importantly, the enthusiastic US fans. The US Grand Prix provides one of the most unique atmospheres on the calendar. COTA is known for drawing inspiration from some of the best tracks in the world and provides a challenging variety of corner types.

“Since Turkey, the team has taken the time to review and evaluate our performance, and we’ll take our learnings into this weekend and the rest of the year. We need to remain focused and continue to deliver to the best of our abilities both on and off track as we adapt to work on a different time zone. Every point is crucial for the fight in the Constructors’ Championship. As we’ve already seen this season, being able to extract the best performance from our package across all variations of track is key. The position we’re currently in is testament to the entire team’s commitment and dedication. Let’s keep pushing this weekend.” 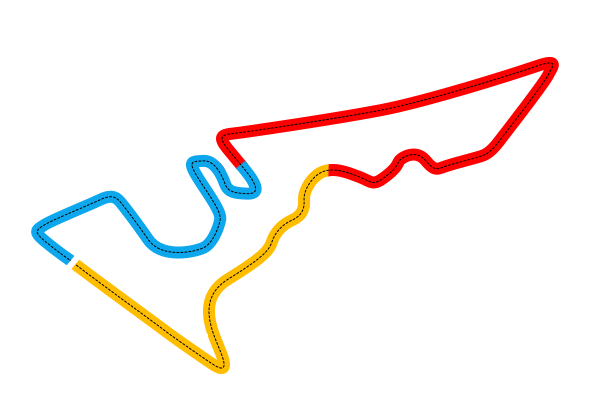 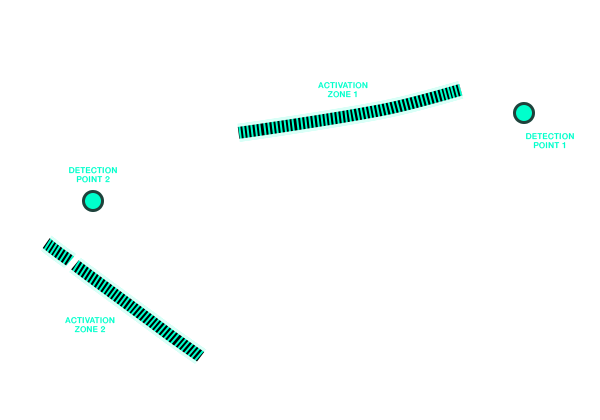 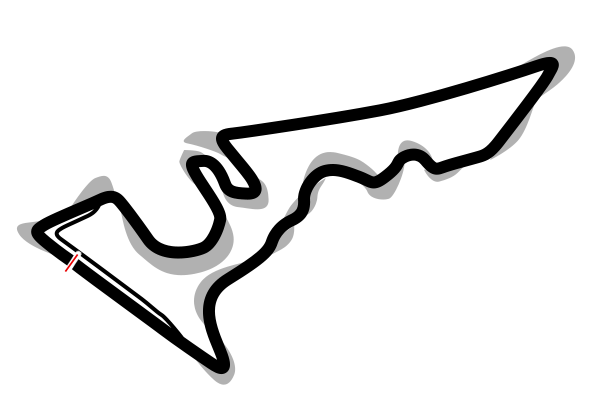 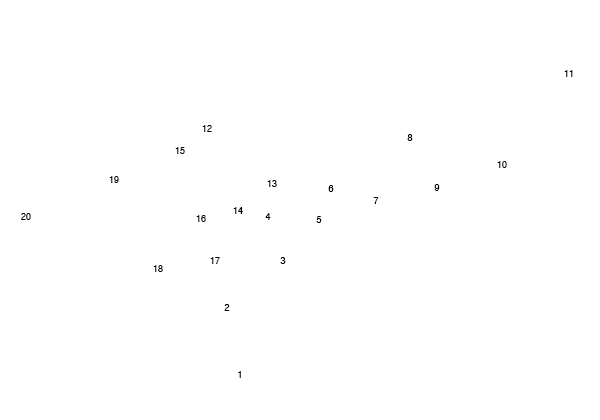 Daniel has competed in every United States Grand Prix held at the Circuit of the Americas. He’s finished in the points on four occasions, most notably bagging a spot on the podium in both 2014 and 2016. Despite not having racked up anywhere near the same number of miles as Daniel at the Circuit of the Americas, it is one of Lando’s favourite circuits. He qualified in the top 10 in his rookie F1 season and went on to finish seventh – one a place higher than he started. 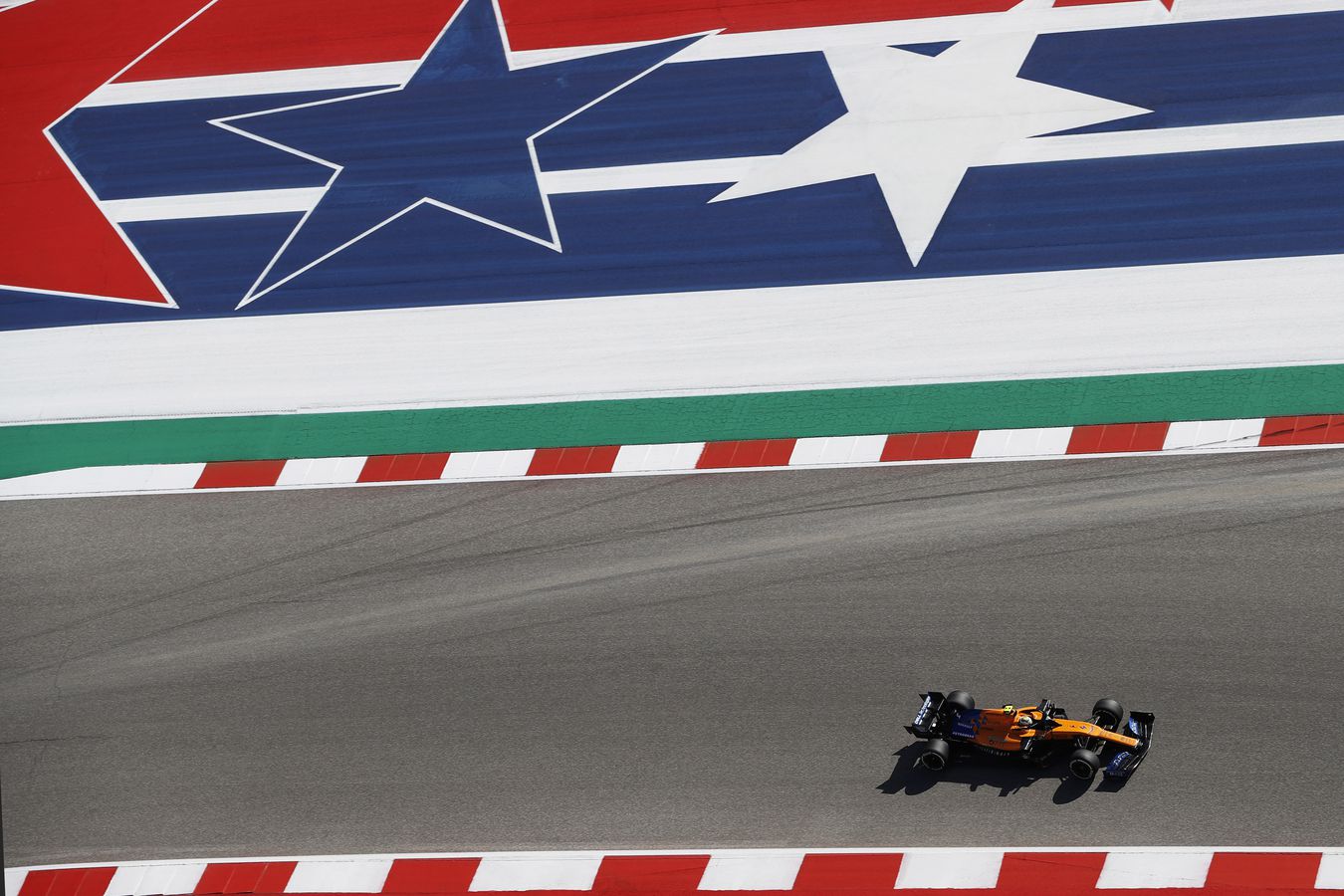 As for McLaren’s history in the race, we currently lie in second place in the repeat winners’ list – tied with Lotus on eight victories. Our first came back in 1976, when James Hunt won the race from pole before clinching the Drivers’ Championship at the Japanese Grand Prix that year – the 45-year anniversary of which just so happens to be on Sunday this weekend. Our most recent United States Grand Prix win was in 2012 with Lewis Hamilton – the first time that the United States Grand Prix was held at the Circuit of the Americas, and the first time the race had been held since 2007.

Our successful history in the race stretches back further than Hunt’s win in 1976 though: our founder Bruce McLaren won the race in 1959 for Cooper. It was the first time the race was part of the Formula 1 World Championship, and Bruce’s first grand prix victory. At 22 years, 3 months and 12 days, it saw him become the youngest-ever grand prix winner – a record that would stand for more than 40 years.

Tyre compound choice for the US GP

Tyre compound choice for the US GP

Fast, flowing, with several overtaking opportunities around the lap, the Circuit of the Americas has a diverse mix of corners. The first sector is all about high speed, but low-speed corners dominate much of the remainder of the lap, which makes set-up choices far from straightforward. Teams will have to find the best compromise between the two.

The Circuit of the Americas is a real favourite with fans. Speaking of which, we’re launching #McLarenFanHeist and challenging you to ‘heist a friend’ in the build-up to the United States Grand Prix. This week is your chance to turn those who just don’t get your love of F1 into die-hard fans of the sport and McLaren and, what’s more, we’re going to provide you with the tools to do it. Just keep a close eye on McLaren.com, the McLaren App and our social channels for everything you need.

For our return to the United States we couldn’t resist putting together a United States Grand Prix Collection; our favourite from this new range has to be the McLaren Driver Jerseys. You can go with Lando’s American football-inspired jersey which is emblazoned with his race number, or you can go with Daniel’s which is all about the number three. You can’t go wrong with either but, as is usually the case when spoilt for choice on the McLaren Store, purchasing one of each is the way to go. There’s even a US GP 9FIFTY cap to complete the look, so while you’re picking up a jersey make sure you add the cap to your basket too. 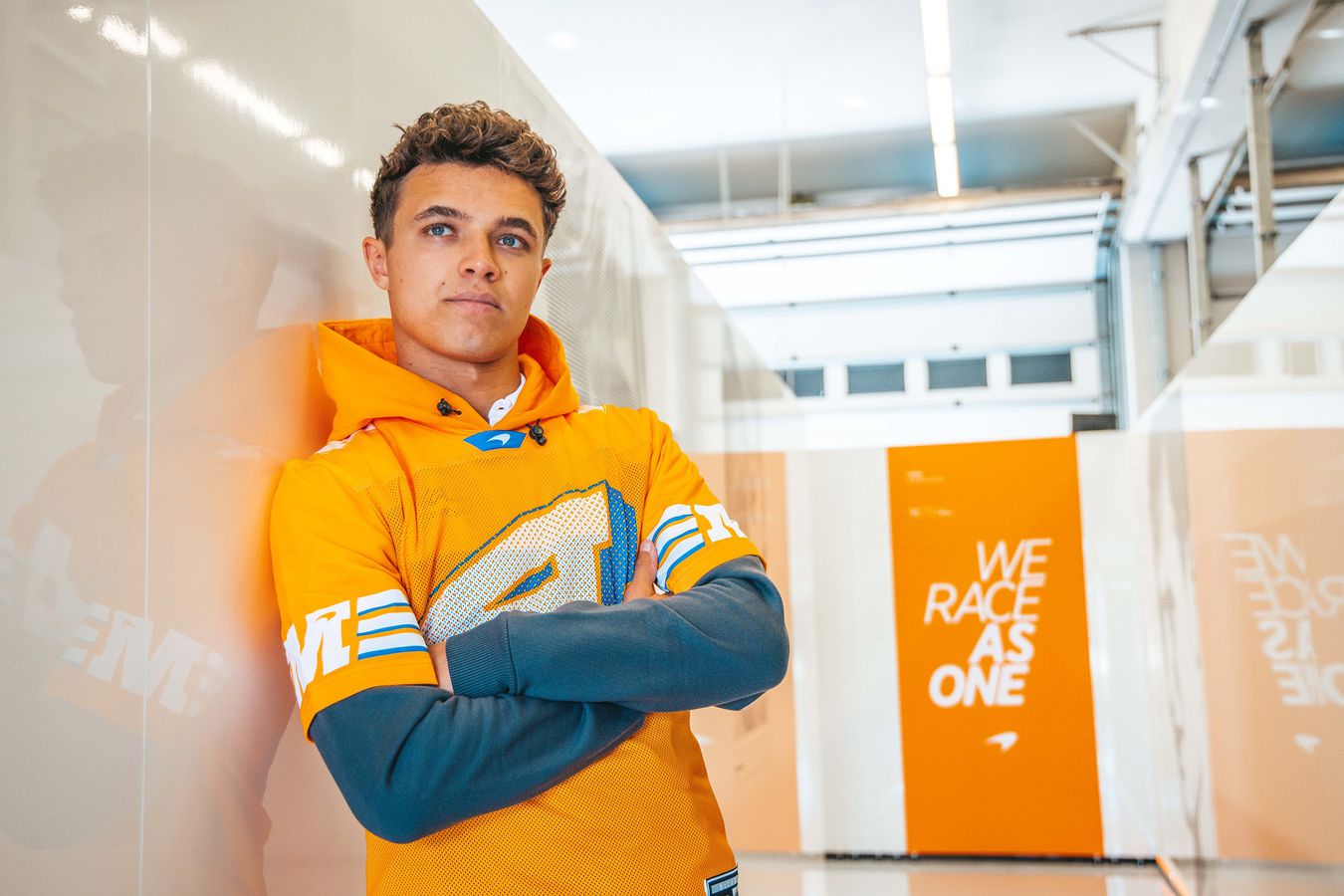 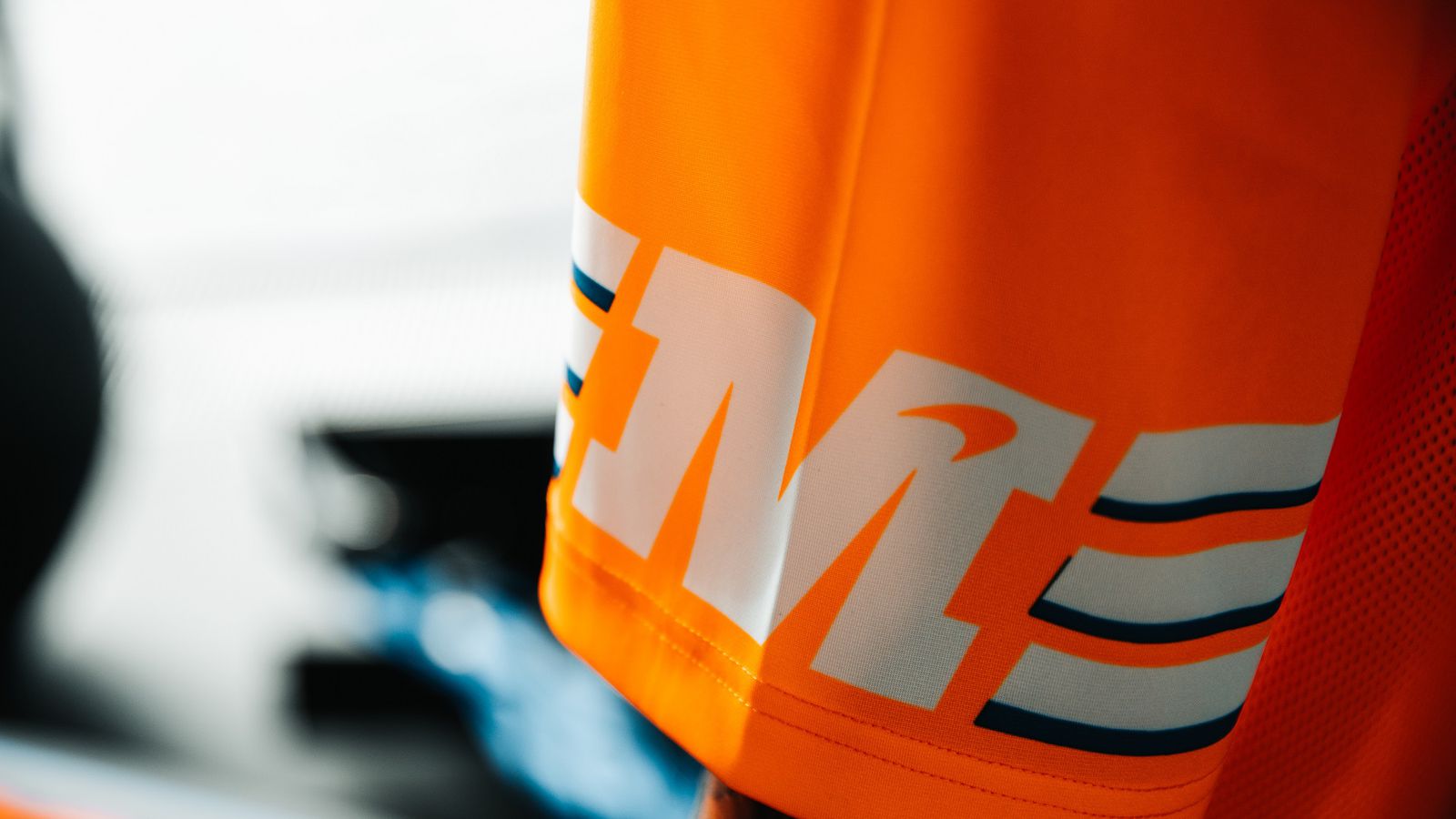 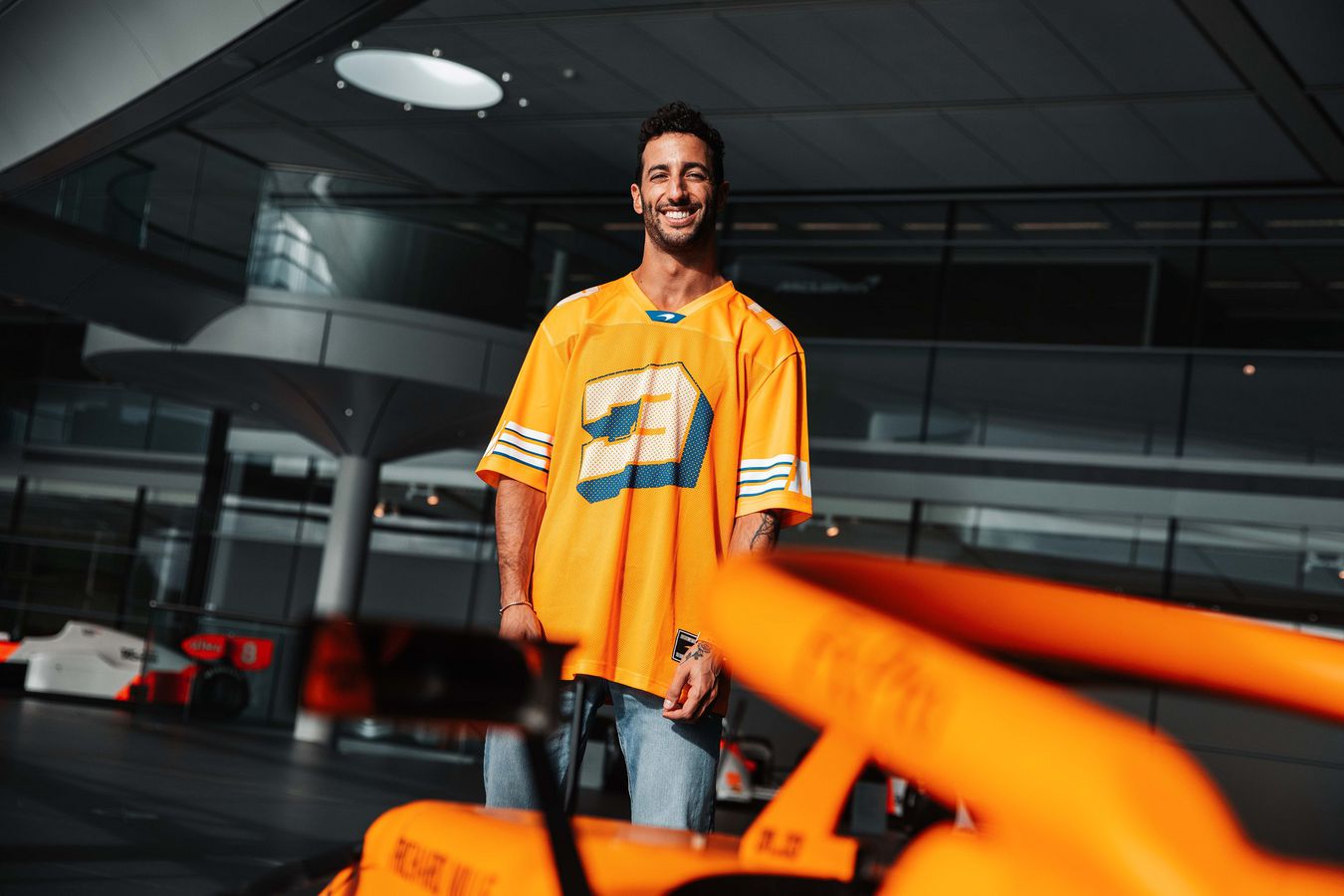 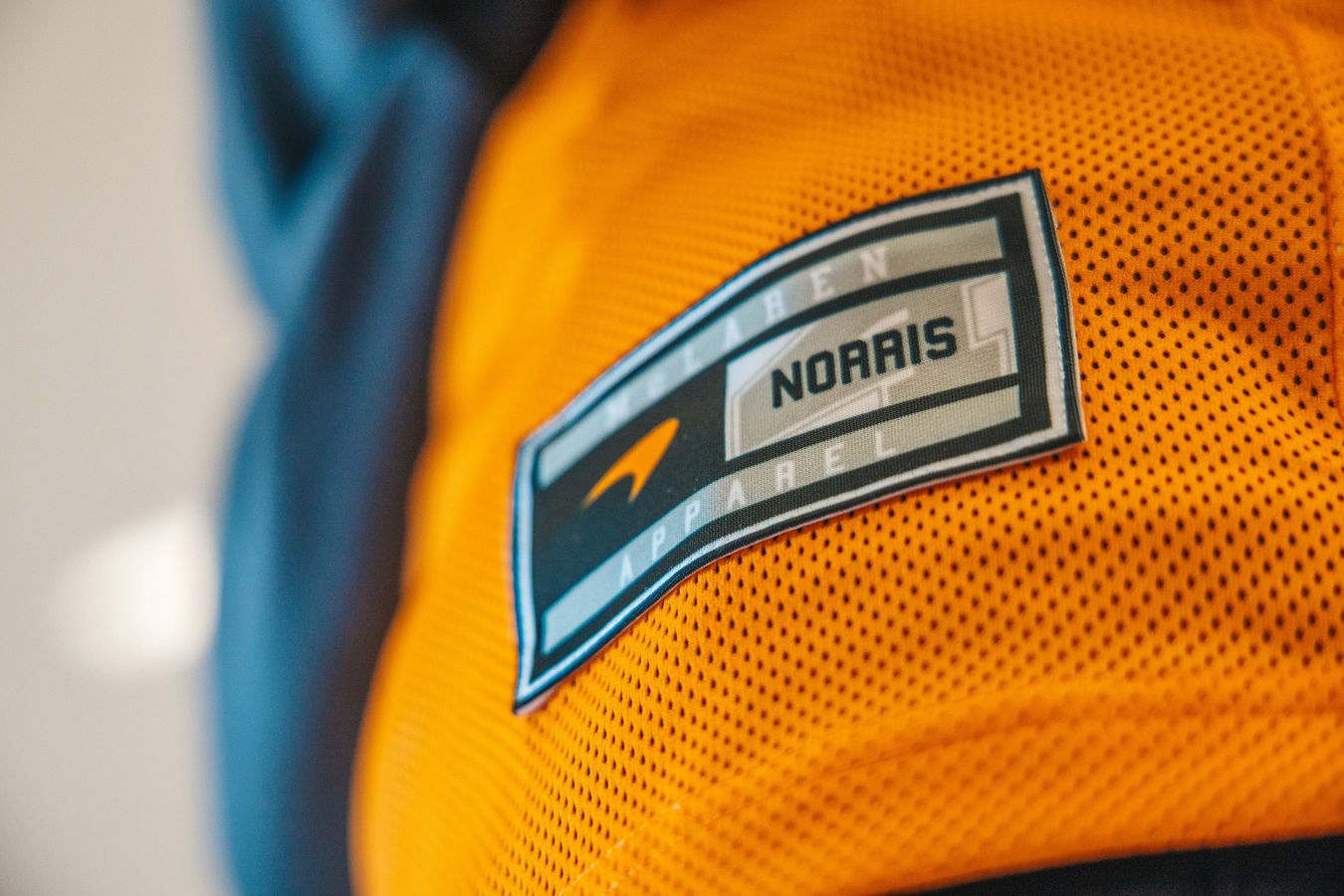 When it comes to prizes, we’re going big for the United States Grand Prix, really big. We’re giving you the chance to win not once, not twice, but three times. We can’t reveal what all the prizes are just yet, but we can tell you that the first competition of the week will launch tomorrow and you’ll be able to get your hands on a suit that belongs to a certain Aussie F1 driver – and we’re not talking about his birthday suit. Full details of the competitions will be revealed in due course but entry will require you to be signed up to McLaren Plus which, conveniently, is how you can be one of the first to get all the details on how to win these prizes. So, make sure you sign up using the form below!

Like McLaren Racing, EasyPost prides themselves on being fast, flexible, reliable