Everything you need to know for the Saudi Arabian Grand Prix

Everything you need to know for the Saudi Arabian Grand Prix

What’s for desert? Ahem, dessert? The denouement to the tantalising 2021 Formula 1 season is a double helping of action in the desert as we race under the stars – and floodlights – in Saudi Arabia and Abu Dhabi. First up, it’s the inaugural Saudi Arabian Grand Prix at the brand-new Jeddah Corniche Circuit. Having never been raced on before, this spectacular circuit on the shores of the Red Sea is something of unknown, but what we do know is it’s going to be fast, very fast – it is, after all, the world’s fastest street circuit.

So, just what awaits in Saudi Arabia, other than frenetic F1 action? Keep scrolling to find out as our latest race preview gives you everything you need to know, starting with the thoughts of McLaren F1 drivers Lando Norris and Daniel Ricciardo, as well as Team Principal Andreas Seidl.

“The track in Jeddah is going to be fun, it’s a really fast and flowing track with close walls, which will create a unique challenge. I’ve been driving the circuit in the simulator to get up to speed with the layout, which is really important when arriving at a new venue. Qualifying in these cars at this circuit is going to be a very cool experience, and will set us up for a strong race on Sunday. We’re going to be giving it our all right up until the chequered flag in Abu Dhabi, to finish in the best possible position in both championships.”

“Coming off the back of an intense but ultimately disappointing triple-header, it’s been good to take some time out of the car and reset for the final two races of the year. We don’t really know what to expect in Jeddah, but we’ve been working hard as a team back in the UK to prepare for the event, and we head to the Middle East ready to fight. We’ll be doing our best to bring home some decent points and end the season on a high.”

“We head back to the desert for the final two races of the 2021 season, and our first stop is another new venue at the Jeddah Corniche Circuit. With two new venues in succession, the team back at the factory has been working hard to prepare, and we’ve used the window between Qatar and Saudi to give the drivers time in the simulator in preparation for heading out on track this Friday.

“Although the last triple-header didn’t go our way, we’re still committed to applying everything we’ve learned during the last race weekends and fighting for the best possible finishes we can achieve between now and the last lap in Abu Dhabi. This season has been an intense and exciting battle, but it’s not over yet and we want to finish it on a high.”

Another new grand prix for F1 means there’s not exactly a wealth of statistical data to look back on. And if we look at stats from the most recent events, they don’t make for the most inspiring reading. The preceding triple-header was not kind to us: we’ve scored just four points in the last three races. The last time Daniel missed out on points in three consecutive races was in 2019, and prior to that, you’d have to go all the way back to 2013 for another spell of this kind. In both instances, he returned to the top 10 on the fourth attempt, and in 2019 he actually bagged his best result of the entire campaign with fourth.

Last time out marked our 900th start in F1 and Lando brought home a couple of points, having looked nailed on for a top-five finish but for a late puncture. He’s currently putting together another tidy run of top-10 finishes, having not finished outside of the points-paying positions since the Belgian Grand Prix in August. Admittedly, his current run still has a little way to go to match his best of 15 consecutive finishes in the points, but if he can sign off the season with two more in Saudi Arabia and Abu Dhabi, he’ll need just five more at the start of 2022 to match his current personal best.

OK, so as we’ve already mentioned, the Jeddah Corniche Circuit is a new adventure for teams. There are therefore quite a few questions marks heading into the weekend, but what we do know is that the racing is going to be incredibly fast around this 6.174-km circuit. Cars will travel at speeds of more than 320km/h on the world’s fastest street circuit, and the average speed is predicted to be more than 250km/h – higher than Silverstone and second only to Monza.

The big numbers don’t stop there. The Jeddah Corniche Circuit boasts more corners than any other circuit on the 2021 calendar with a total of 27 – that’s six more than Abu Dhabi’s Yas Marina, but many of Jeddah’s corners are more like flat-out kinks. The sequence of corners from Turn Four to Turn 10 creates a fast, flowing ‘S’ section, while the banked Turn 13 hairpin will see drivers subjected to about 5 lateral g – it’s three degrees steeper than the banking at Indianapolis Motor Speedway. There are also not one, not two, but three DRS zones and they’re sure to tee up plenty of opportunities for overtaking. 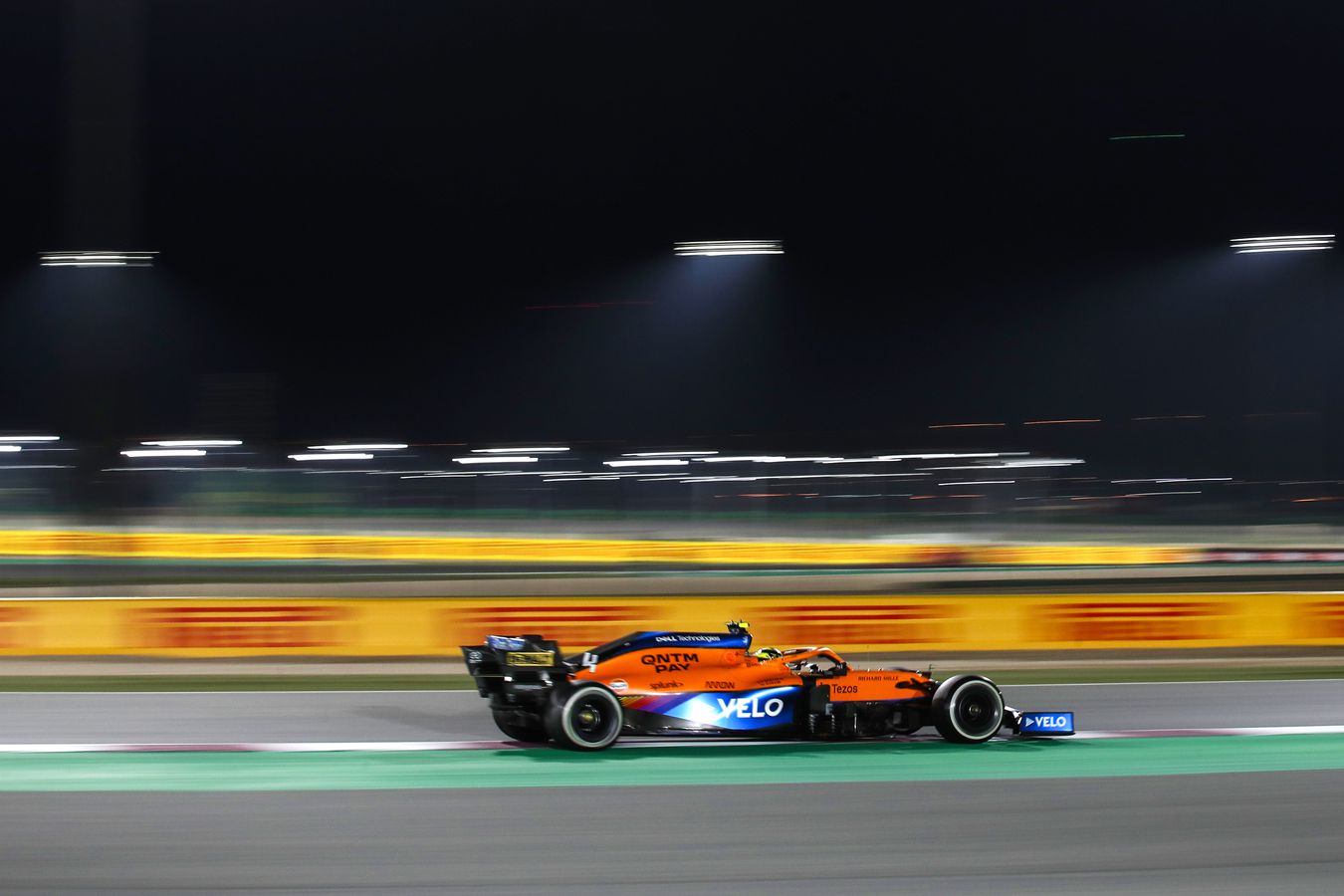 Getting plenty of uninterrupted running on Friday will be even more important than usual. Drivers will want to familiarise themselves with the circuit, while teams will look to bank as much data to help them maximise performance throughout the weekend and ensure the cars can withstand the rigours of the track. Finally, with FP1 and FP3 scheduled set to take place late in the afternoon, FP2 could be particularly important, as it will provide conditions most representative of what teams will face in qualifying and the race under the night sky.

Now, if you’re anything like us, you’ve been so busy with all the F1 action, you’ve not made a start on Christmas shopping and it’s suddenly dawned on you that the big day is less than a month away – eek! Don’t panic, though. We’re here to help. The McLaren Store is your one-stop-shop for everything you need. From caps and T-shirts to sunglasses and much, much more. There’s so much to choose from, you’ll be sure to find the perfect gift for all the special people in your life. What’s more, if you sign up to McLaren Plus using the form below, you’ll get 10% off every order.

This Christmas we’ve got our heart – and ears – set on the Klipsch T5 II True Wireless ANC Earphones with their state-of-the-art noise-cancelling technology. We feel we’ve been pretty well behaved this year but then we thought the same last year and ended up with a lump of coal in our stocking instead of the McLaren umbrella we put at the top of the list we sent to Santa. Sad times… 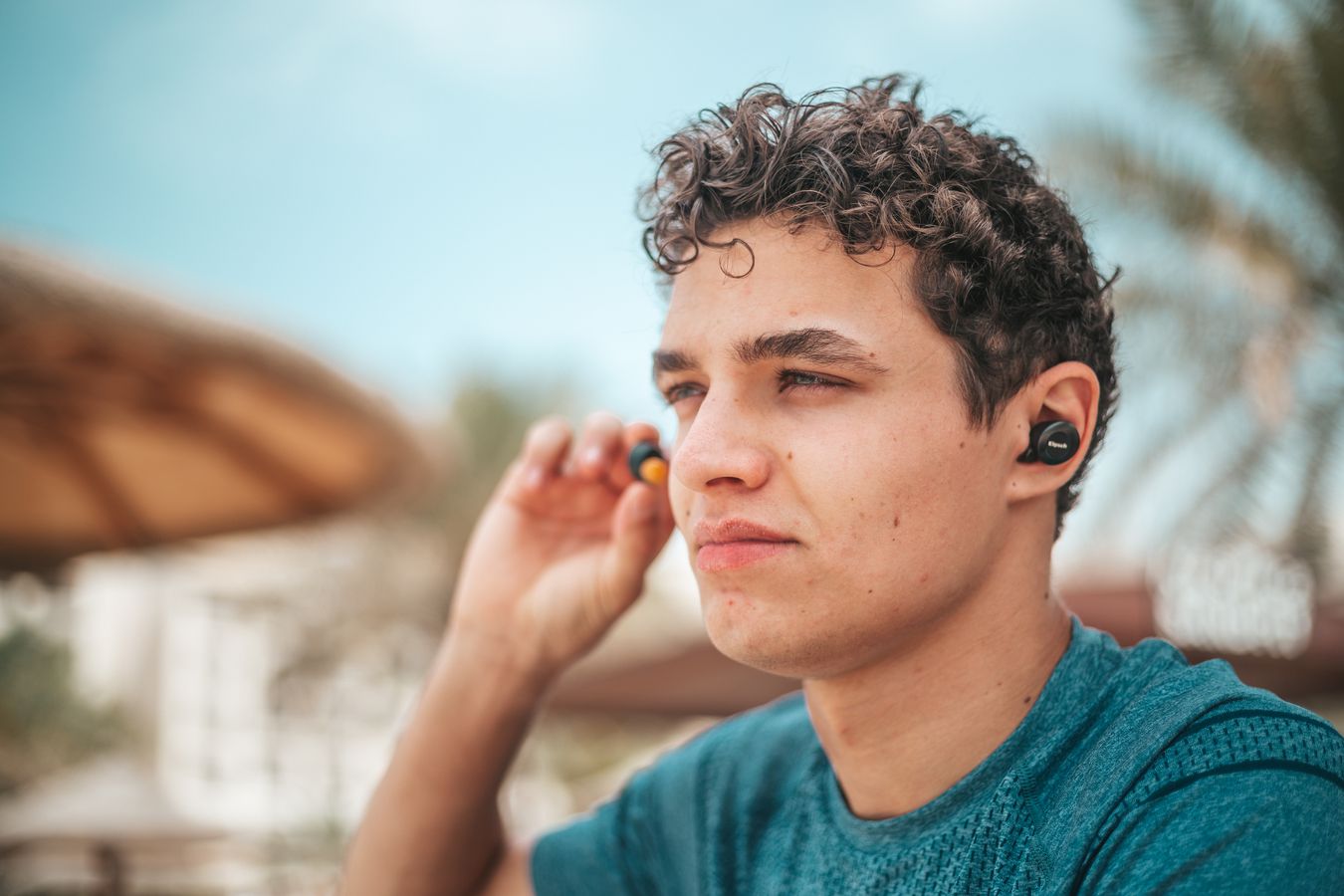 Unfortunately, we don’t have another giveaway lined up for you this week, but there’s a good reason for it: we’re putting the finishing touches to our huge Christmas competition. That’s right a massive giveaway is coming and it’s going to be epic. We can’t tell you what you could win just yet, but what we can say is that you need to be signed up to McLaren Plus to enter. So, once again, make sure you complete that form below!

Become a fly-on-the-wall at the Qatar GP