Everything you need to know for the Eifel Grand Prix

"As a team, we're determined to come back stronger"

Everything you need to know for the Eifel Grand Prix

"As a team, we're determined to come back stronger"

Yo, listen up, here’s the story
About a little guy that lives in a blue world
And all day and all night and everything he sees is just blue
Like him, inside and outside

Except, contrary to Eiffel 65’s curiously compelling Eurodance hit, not everything we see is just blue, inside and outside, in the aftermath of our first non-scoring race of the season. We’re ready and we go again this weekend at the Nürburgring – a circuit that makes a welcome return to the Formula 1 calendar for the first time in seven years.

Found in the shadows of the magnificent Eifel mountains, the Nürburgring is an unquestionable thing of beauty. And, while the new GP circuit built in the 1980s is infinitely more benign compared to the old, gnarled soul that lies next door – the fearsome Nordschleife, we can still expect a ferocious test of man and machine this weekend.

To get you up to speed we’ve got the thoughts of Carlos, Lando, and McLaren F1 Team Principal Andreas Seidl in our latest race preview, plus we highlight the upgrades to the MCL35 you should look out for and details of another – yes, another – epic competition.

“The last race in Russia was definitely not the way I hoped to finish a weekend that had started off quite well. I always review in detail what I could have done differently, remember it and move on. We go racing again this week and my focus is now 100% on the Eifel Grand Prix. There are still many points at stake and every race counts for both Championships, so believe me I'll push flat out until the last chequered flag of the year.

“Last time out in Germany I managed to finish P5 in tricky conditions. However, racing at the Nürburgring this year instead of the Hockenheimring presents a different challenge. We do expect the conditions to be similar to last year’s race in Germany with it being cold and potentially wet. I’ve raced there before back in 2014 but never in a Formula 1 car so I’m looking forward to seeing what we can do with these cars.”

“We had a tough weekend out in Russia but, looking back on it, we know where we need to improve for Germany. Our rivals are right on our heels, but we just need to focus on ourselves and perform to the best of our abilities on track.

“I’m looking forward to racing at the Nürburgring this weekend as it’s a cool track I enjoyed driving in F3 and F4. It’s great to see it on the calendar this year. I won the last time I raced there, back in 2017, in difficult weather conditions, so I’m hoping my previous experience will help me hit the ground running on Friday.”

“We came away from Russia with no Championship points which is a first for us this season. We’ve had the chance to reset, prepare and focus on our next race in Germany. As a team, we’re determined to come back stronger, but we know our rivals will also be challenging for good points.

“Racing at the Nürburgring for the first time in F1 since 2013 is exciting for the sport. It’s a circuit I’ve done a lot of races at in varying conditions in my racing life. Due to the time of year, the weather could be an interesting challenge that we’ll have to factor in over the weekend.

“Travelling to my home country to go racing is always a special moment for me. It’ll also be great to see the German fans back in the grandstands and following the safety protocols in place to ensure everyone at track is safe. Hopefully we can put on a good race that the fans deserve.

“The team both at track and the factory have done an incredible job so far this season, but there are still seven races to go. Following on from the upgrades deployed in Russia, we’ll continue to upgrade the car and aim to improve performance over the remainder of the season. We need to keep consolidating our strengths, improving our weakness, being mentally resilient and pushing as one unified team in the fight for points.” 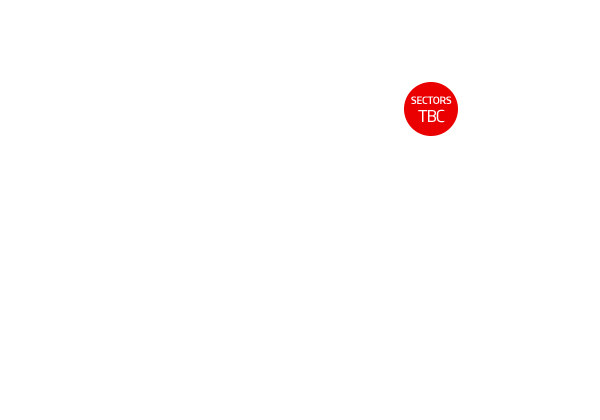 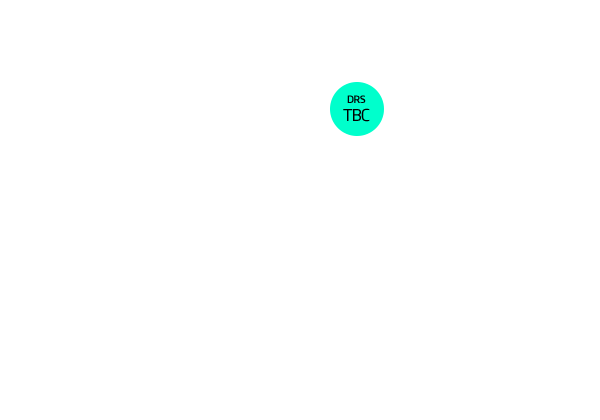 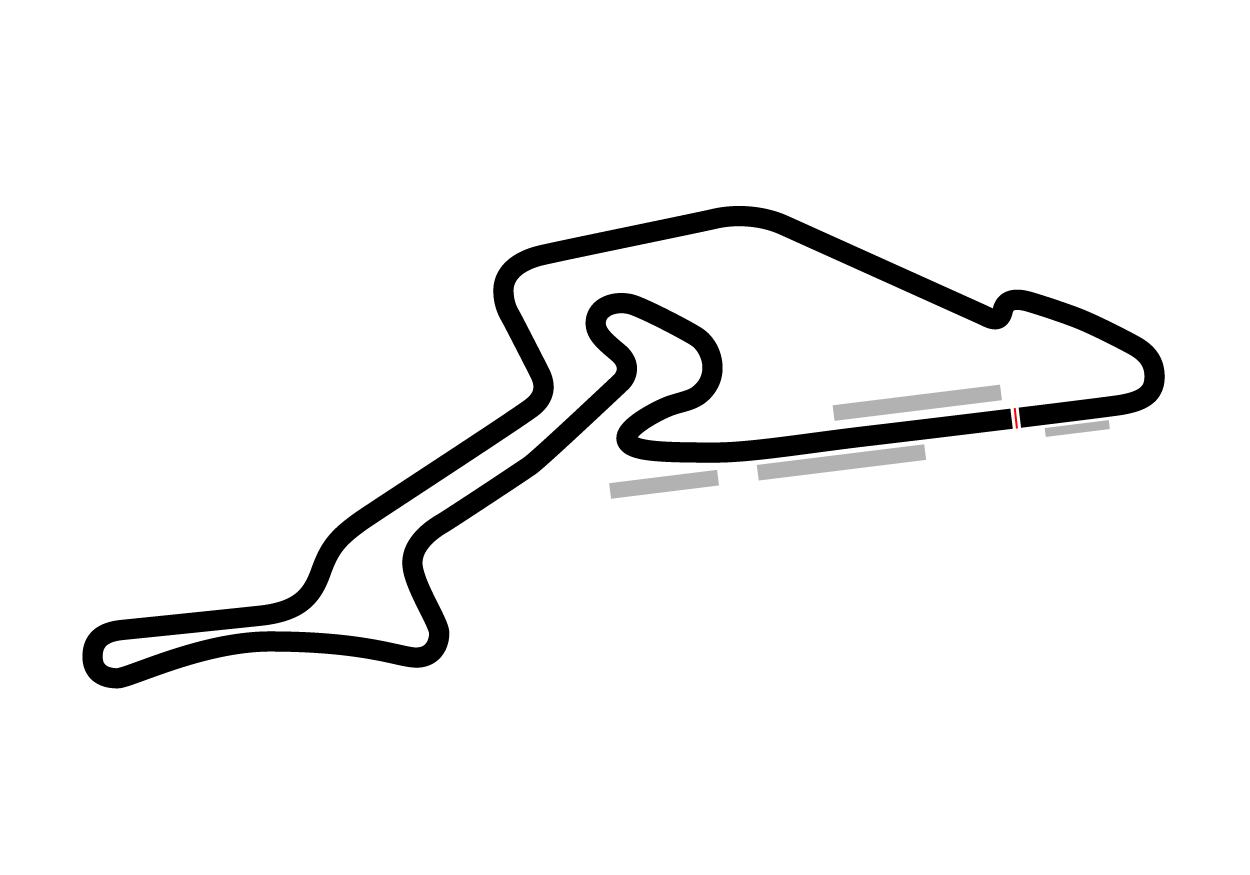 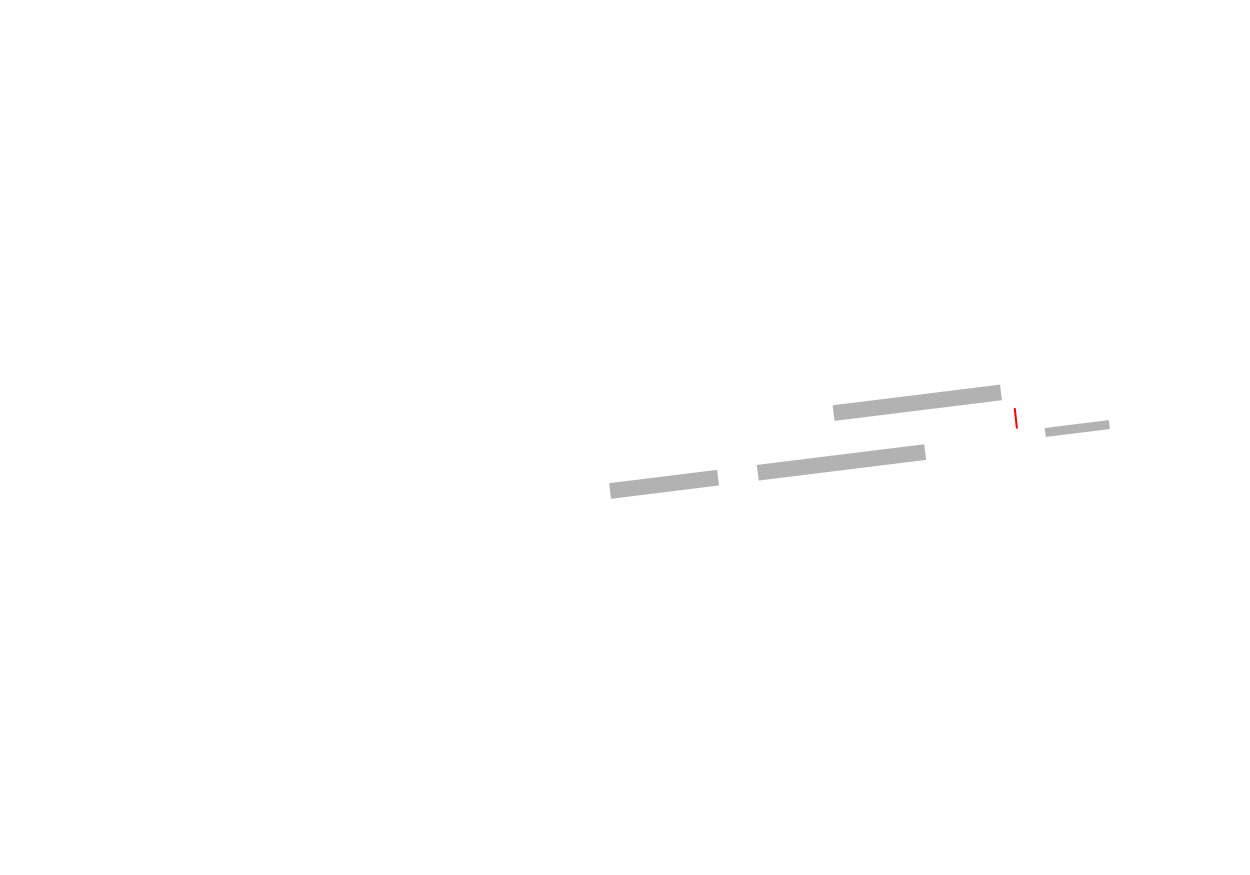 James Hunt took the team’s only victory at the Nordschleife in 1976, in what proved to be the last grand prix at the track following Niki Lauda’s near-fatal accident in the race. Of the 18 F1 races run on the GP circuit, we have won four of them – the second-highest tally of any team on the grid. Our first success came with Alain Prost in 1984, Mika Häkkinen followed up in ’98 and, more recently, Fernando Alonso and Lewis Hamilton won in 2007 and 2011 respectively.

Given the Nürburgring’s seven-year absence from the calendar, Carlos and Lando have yet to race F1 machinery around here, but both are familiar with the circuit. Lando tasted victory here twice during his title-winning F3 campaign in 2017. Like Lando, Carlos knows the circuit well from his junior single-seater days, most notably winning here in Formula Renault 3.5 in 2014.

Blue may actually be the colour of the weather this weekend. The Nürburgring has staged races in some truly testing conditions. Who could forget the dramatic 2007 European Grand Prix, which saw seven cars aquaplane off the circuit at Turn One before a red flag was thrown? And that race was held in July! Racing here in October represents uncharted territory for F1, with cooler temperatures and increased risk of showers potentially proving a real challenge for teams.

The weather isn’t the only thing you should keep on your radar this weekend, watch out for upgrades too. Last winter our F1 challenger underwent something of a nose job, and the MCL35 has recently had more work done in this area. A new front wing and nose box in Russia almost got people talking as much as the plastic surgery exploits of the Kardashians. But they’re part of a wider aerodynamic upgrade, which includes further developments set to make their debut this weekend. 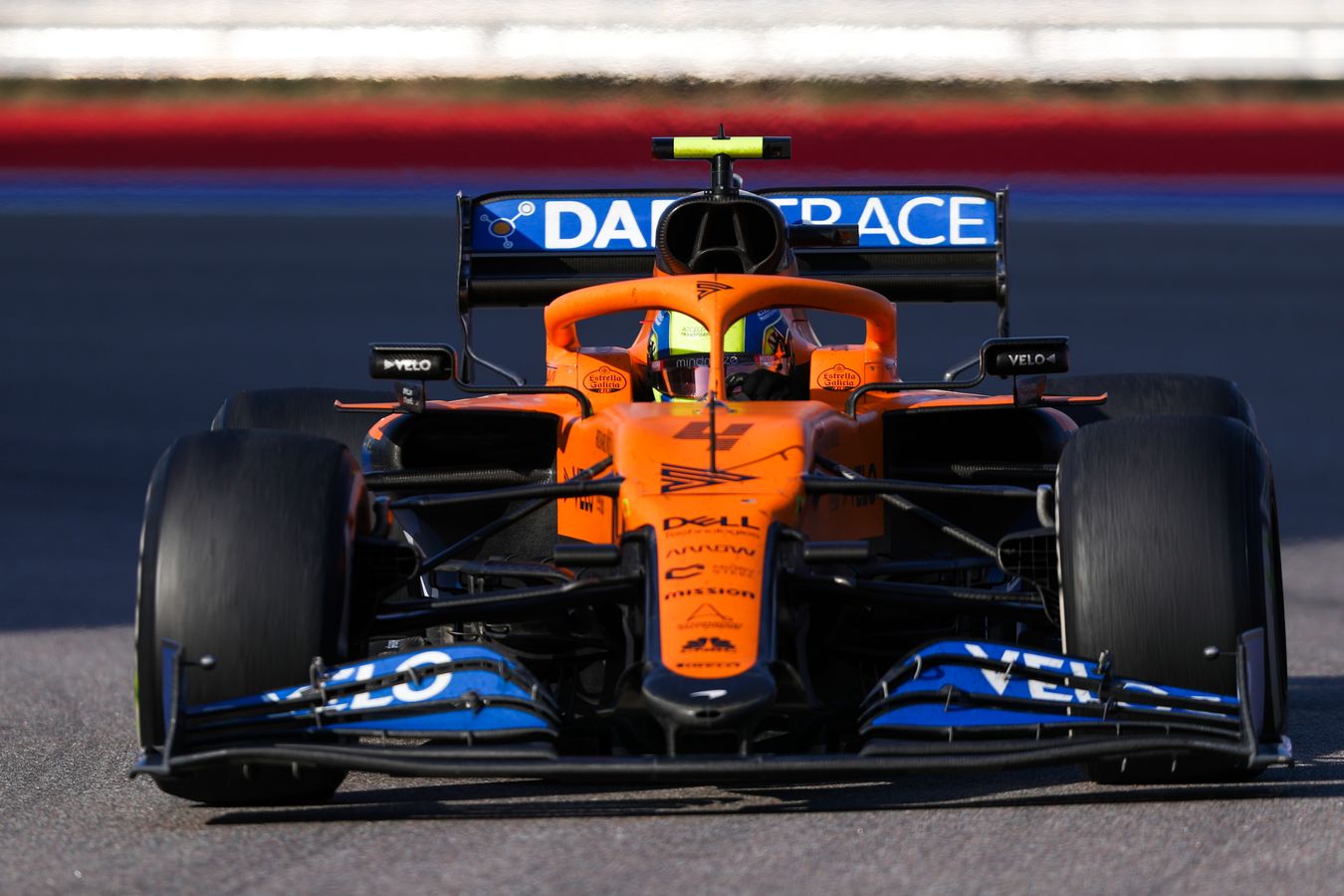 Earlier this year, we announced a partnership with the mental health charity Mind as part of our support for the #WeRaceAsOne campaign. From Carlos and Lando’s painting challenge to McLaren team members taking part in #MoveForMind throughout the month of September, we’ve been supporting the vital work of the charity and, with World Mental Health Day on 10 October, we’re not letting up! We’re launching some very special, limited edition merchandise this week to help raise money for the charity.

Just what exactly is this merch you ask? Well, despite pleading for several hours, we’ve been sworn to secrecy over the details, which means we can’t reveal what’s coming just yet. All we can say is keep a very close eye on our social channels and the McLaren Store, to make sure you don’t miss out on the chance to add to your collection and do your bit for a great cause – with all profits going to straight to Mind.

The team proudly wear their Mind badges in the build-up to 10 October. Find out how you can support the charity

With most of this season taking place behind closed doors, there’s no escaping the fact that face-to-face autograph sessions with the drivers have been nigh on impossible to make a reality. All is not lost though, we’ve teamed up with our friends at Formula 1 so that if you enter this week’s competition you could enjoy a virtual signing session with Carlos and Lando. What’s more, there will even be some super-secret, super-special one-to-one signing sessions for a lucky few.

So, what are you waiting for? Enter now and don’t forget to pick McLaren as your favourite team when you complete the form!

The boys get creative for a good cause

How closely have you been following the 2020 F1 season?

Behind the scenes during a tough weekend in Sochi