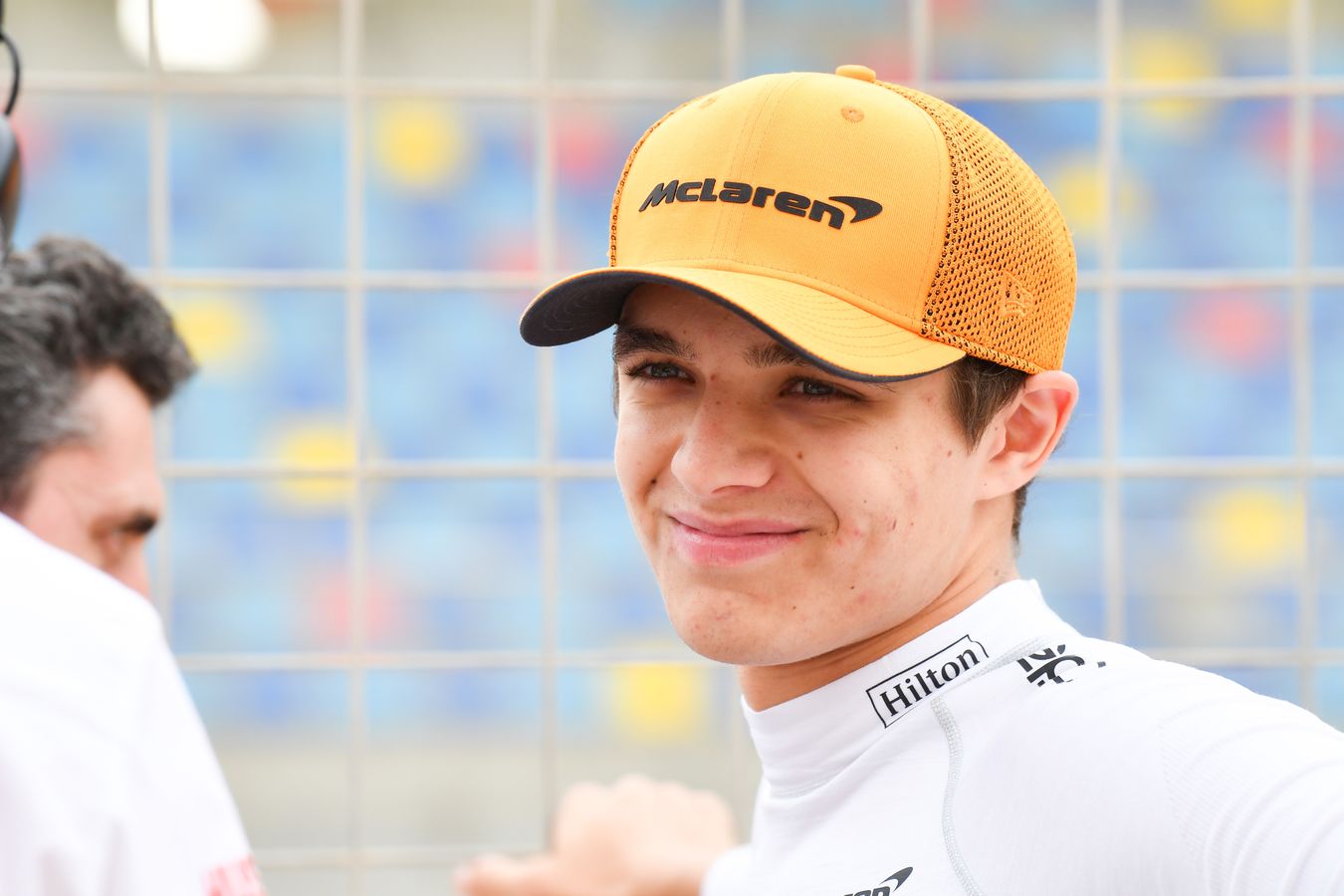 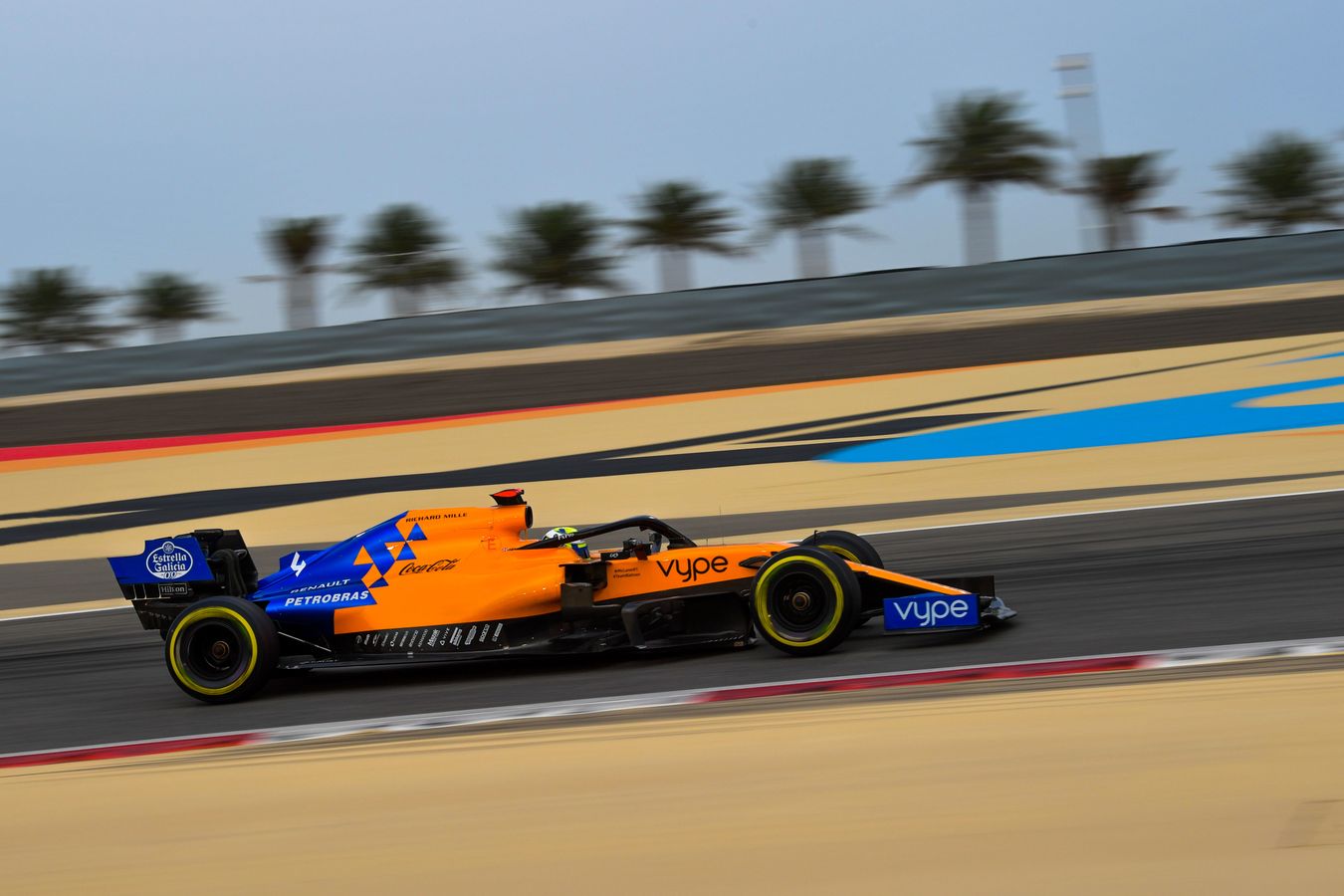 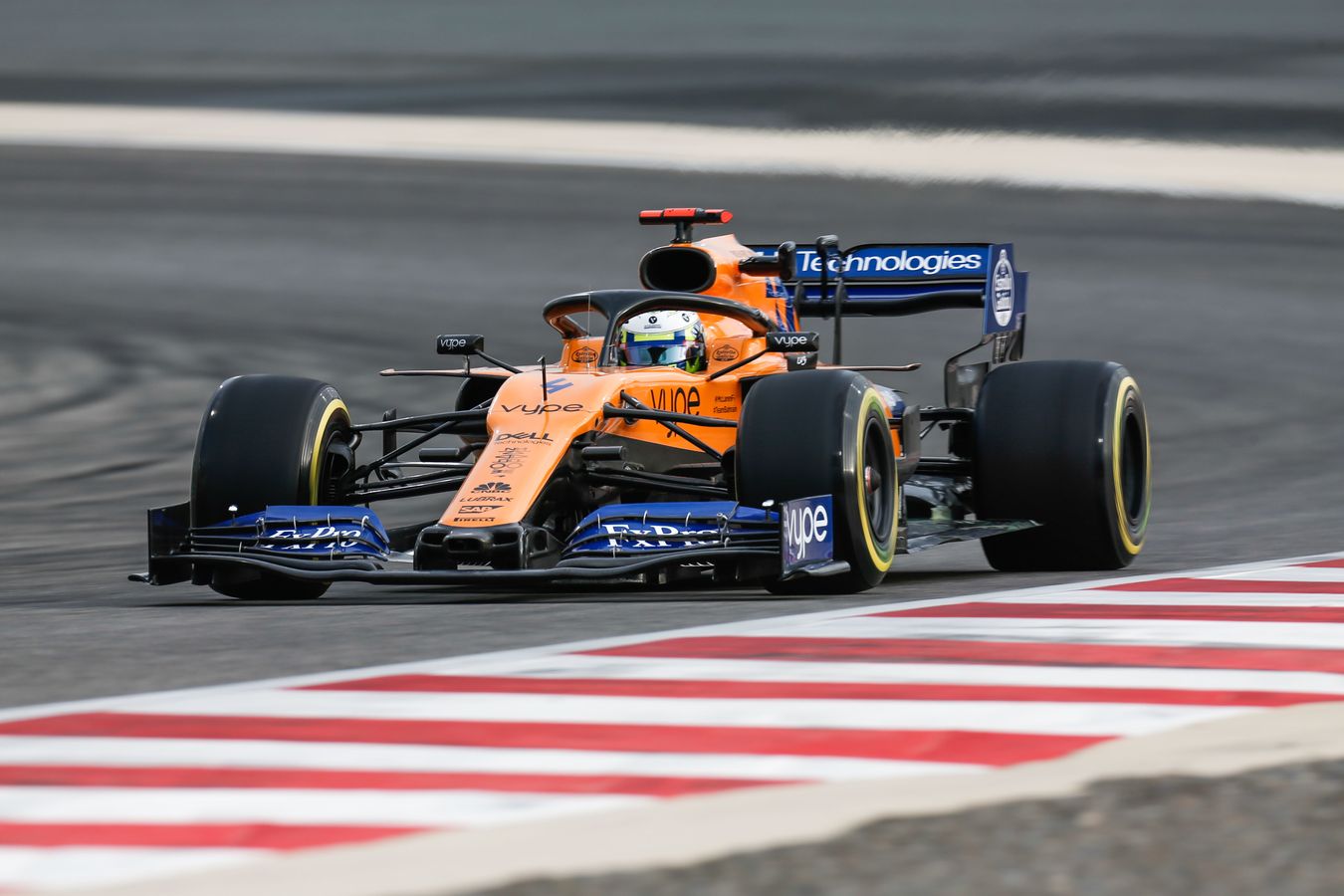 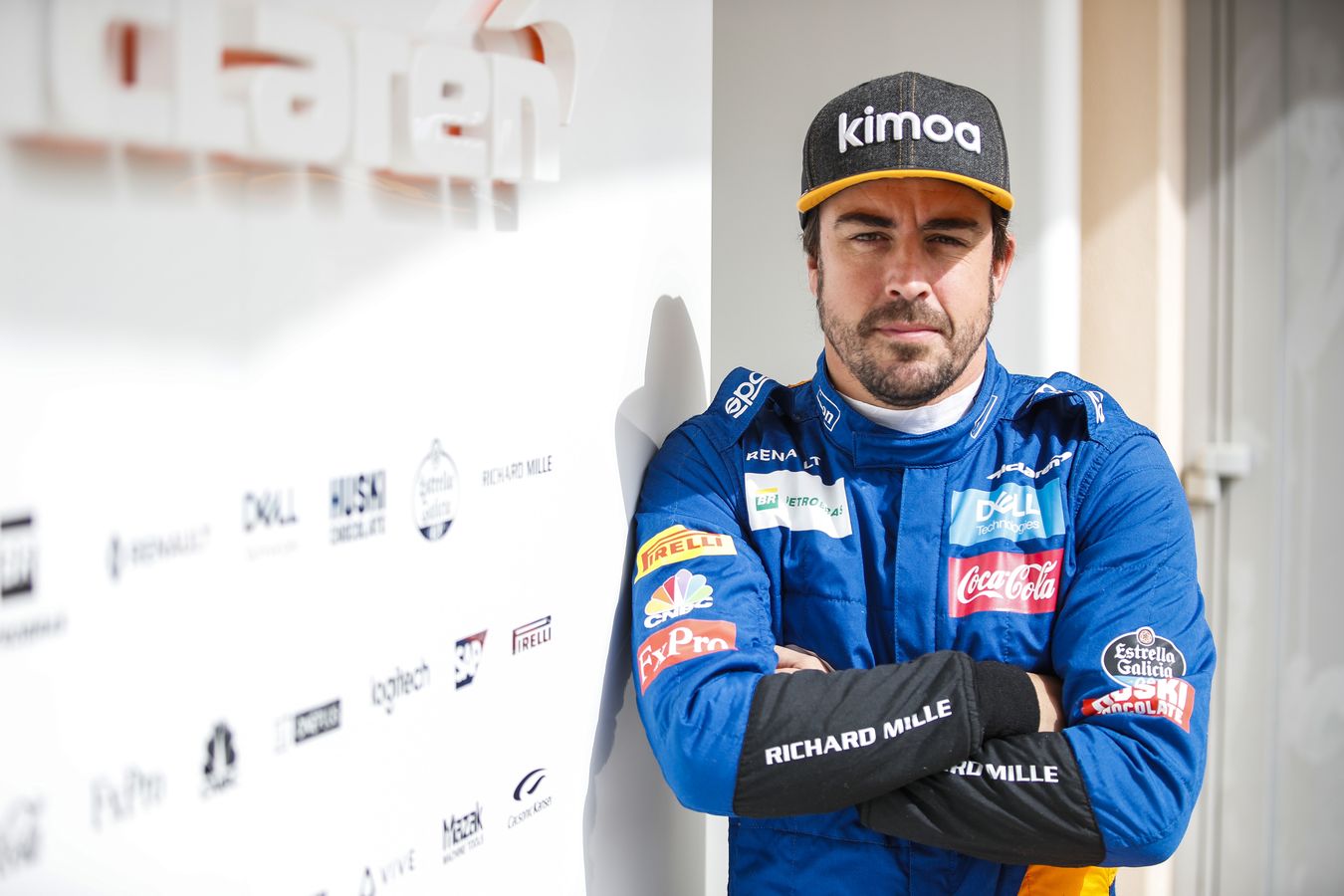 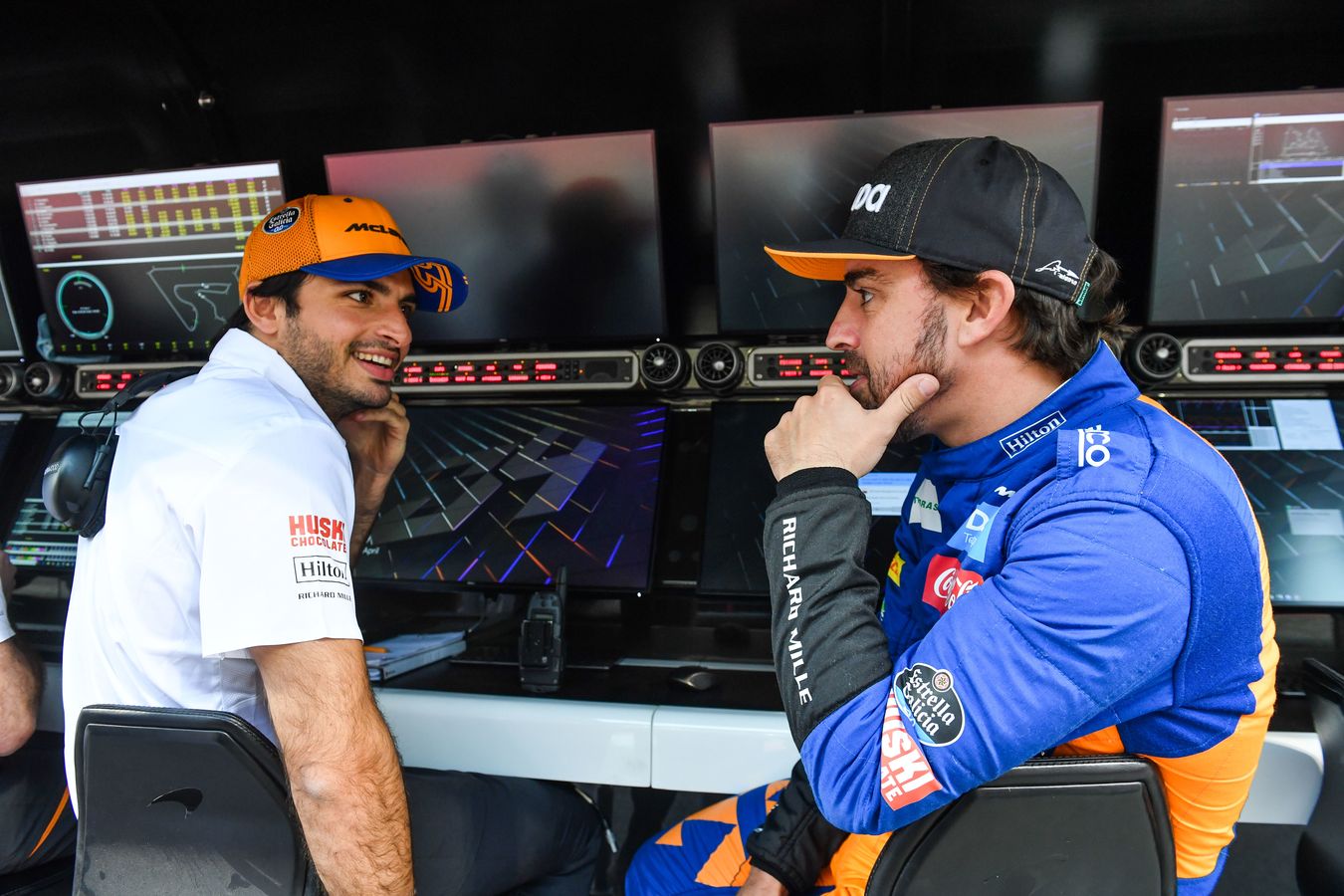 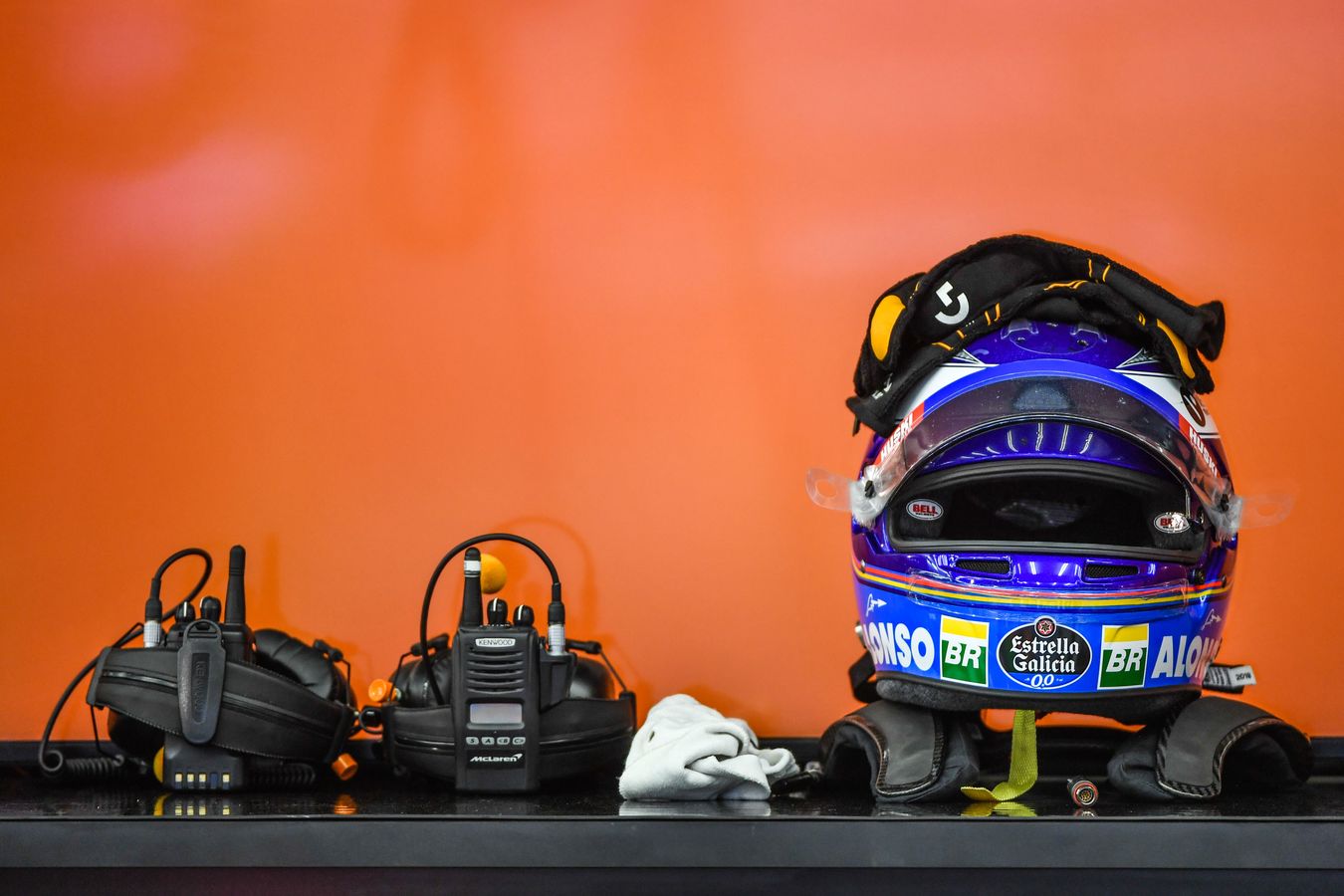 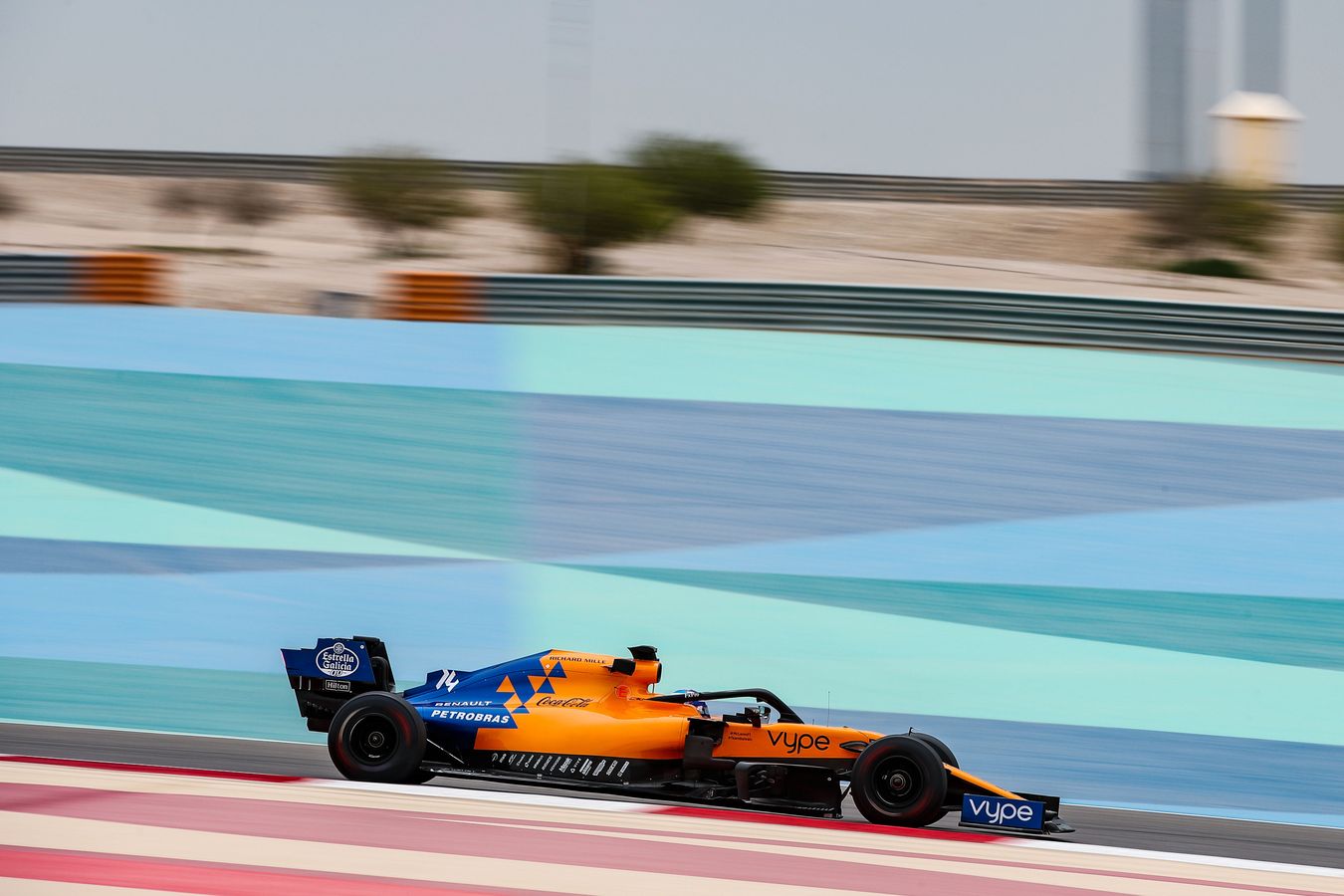 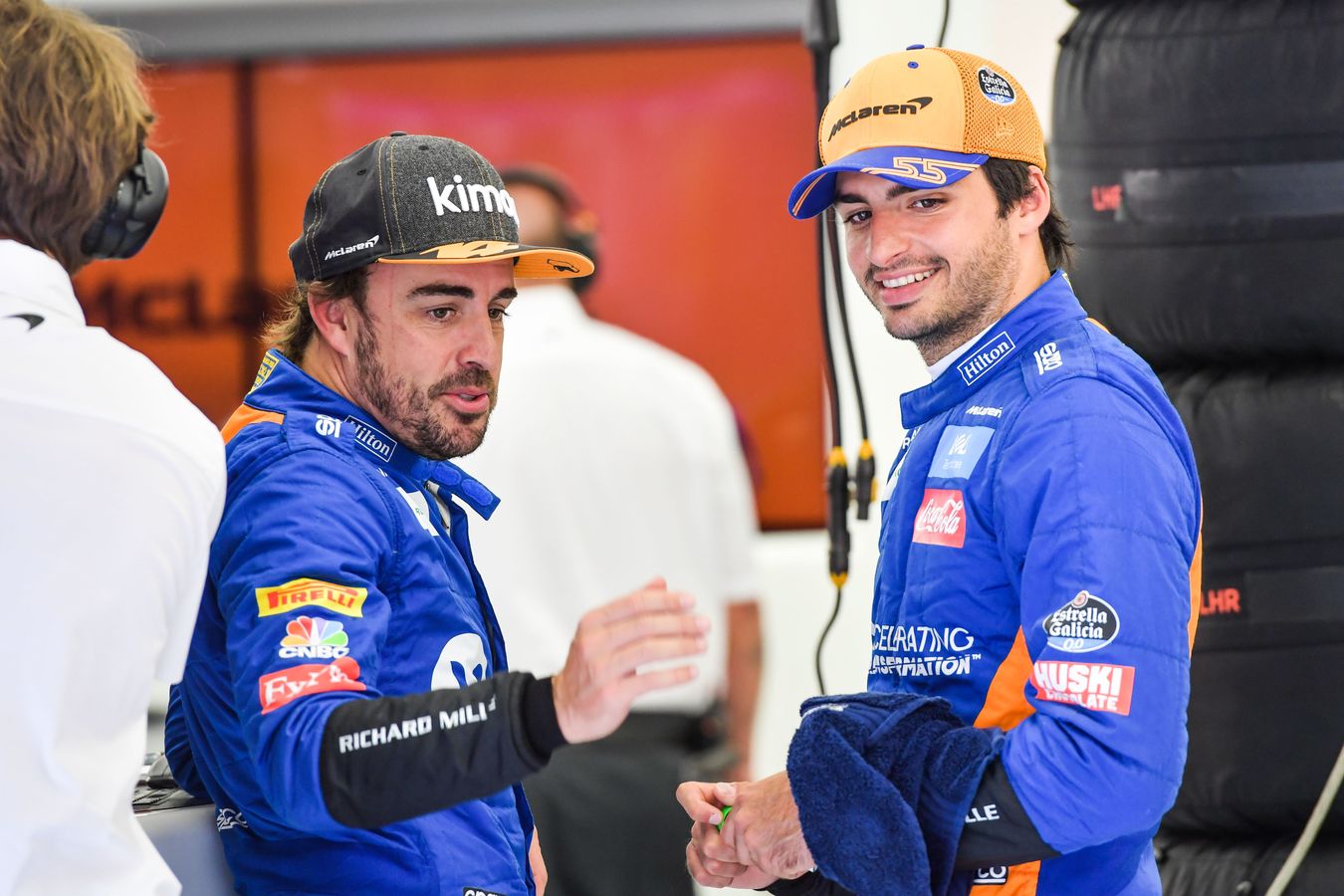 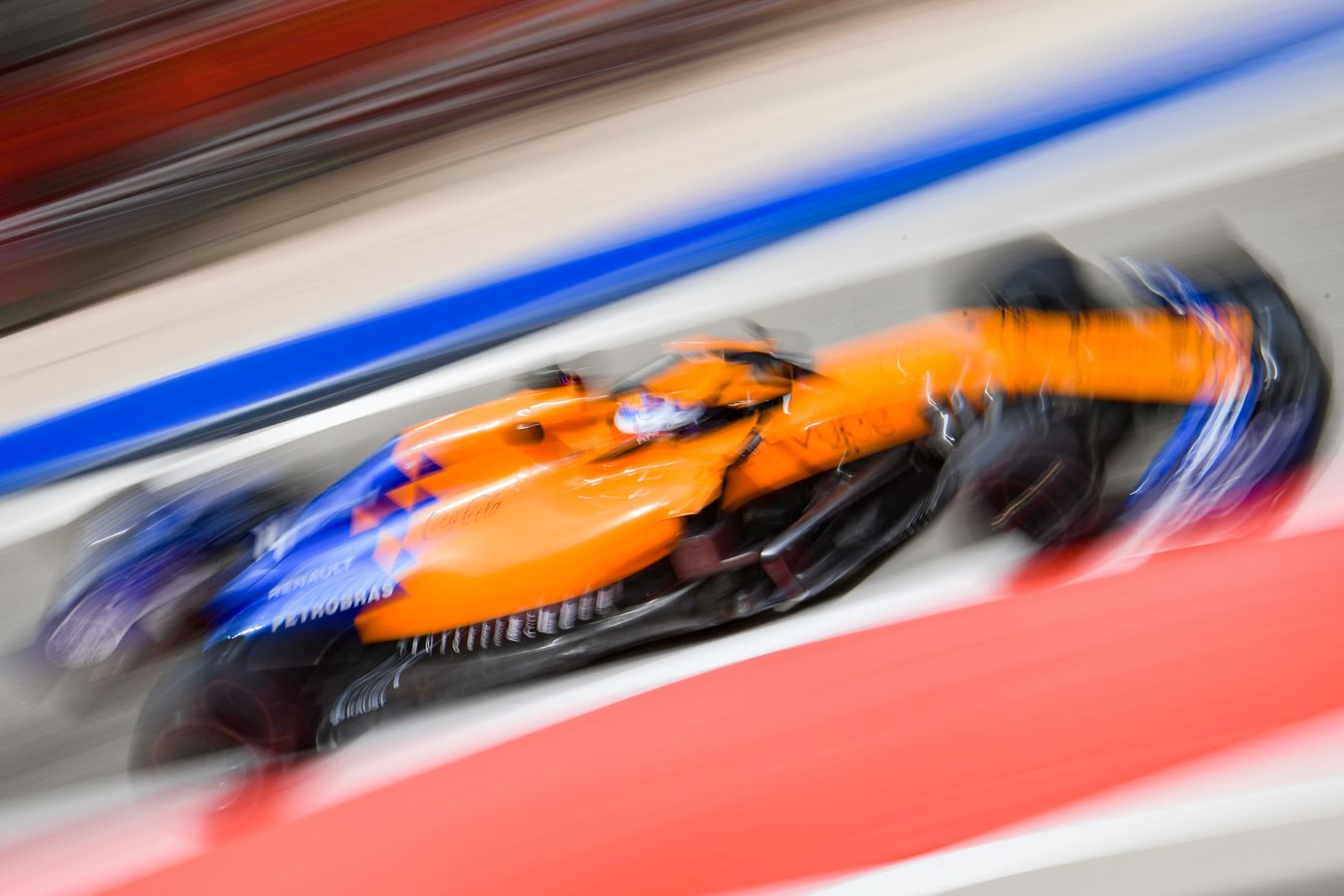 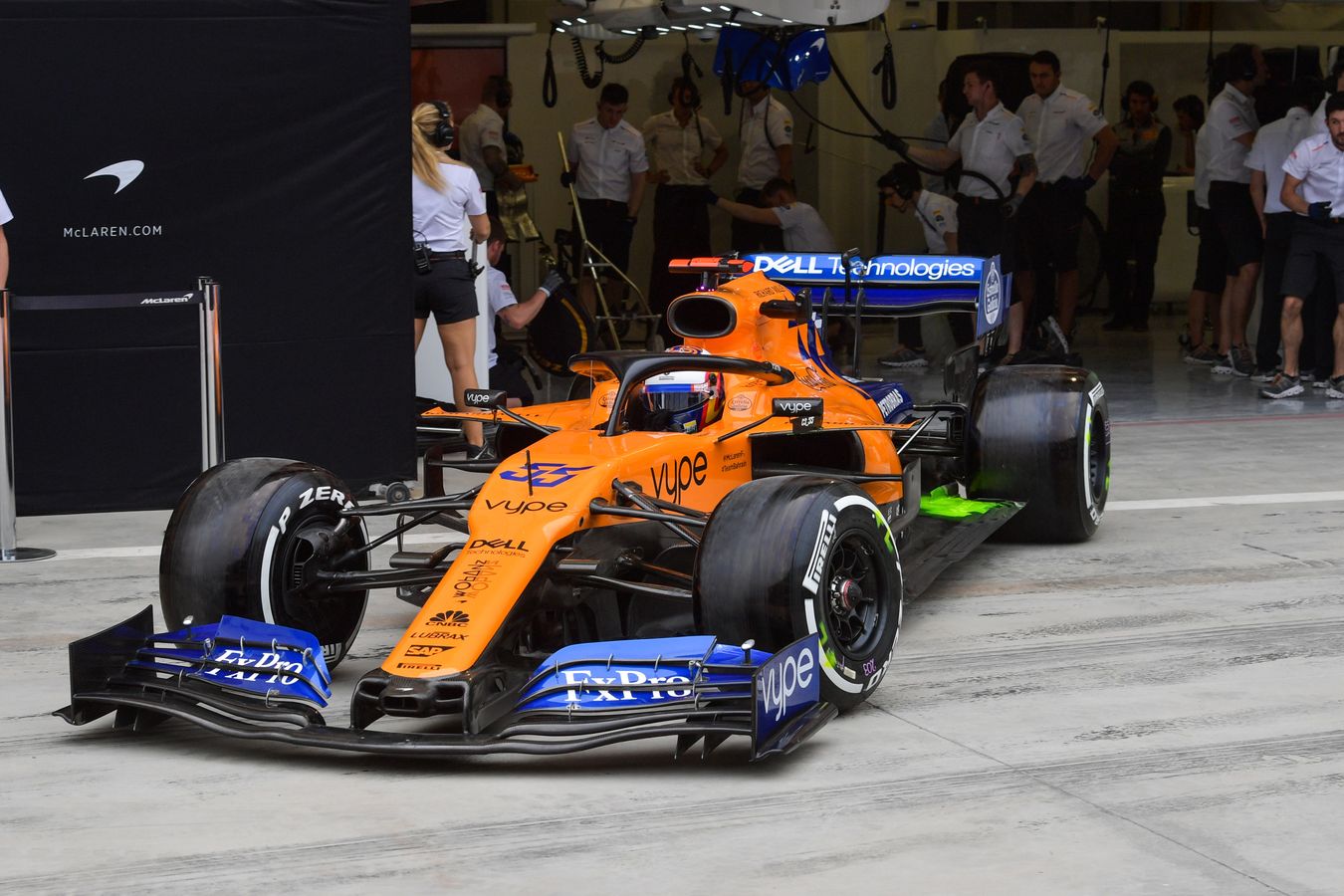 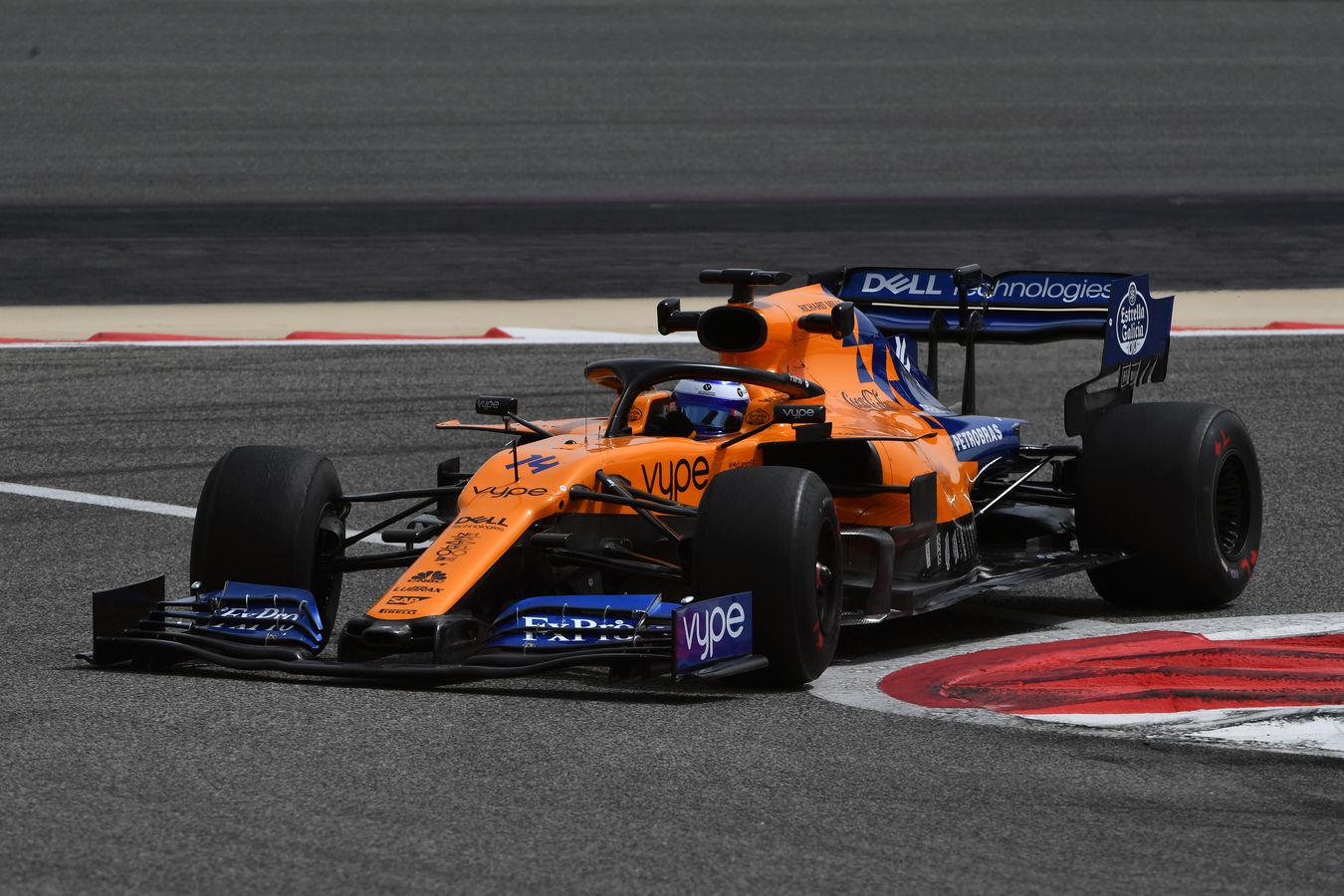 Rain severely affected running on the opening day of the first 2019 in-season test. Weather conditions began overcast and windy but rain showers, late morning and early afternoon, before constant rain, restricted on-track running with over four hours lost due to a damp or wet track in today’s scheduled nine-hour test.

In the morning, Carlos initially experimented with various aerodynamic configurations and set-up on the McLaren test car, including running with “rake” sensor equipment, before the rain arrived. Lando took over the car for an exploration lap with 80mins remaining, the track a combination of wet/damp/dry, before conditions improved. It is hoped that improved weather conditions tomorrow will allow the McLaren test car to recover lost time in terms of mileage.

Fernando, driving an F1 car for the first time since the Abu Dhabi Grand prix last November, was the first car on-track shortly after 09:00. The former double world champion was aboard the Pirelli test car evaluating 2020 tyres. As per regulations, his MCL34’s specification is using an aerodynamic set-up previously utilised in a race.

“It’s been a difficult day due to the unexpected weather conditions here. That meant the run plan was a bit stop-start the whole morning and I couldn´t complete all of my programme, but still managed to do around 60 to 70 per cent of it.

“We have some things left we want to cover, and hopefully the team can recover those tomorrow. It’s been quite a surprise to see some rain in Bahrain!”

“I only planned on doing half a day today but because of the weather, we didn’t manage to do as much as we’d hoped. That wasn’t just me though, a lot of other drivers were affected by the same thing. It was just one of those days really, which was a bit unfortunate, but I don’t think we lost out too much.

“A lot of what we tested today were smaller things to test rather than the more important items. Moving forward, that’s more for tomorrow. I only did three runs and a bit of a start practice, the track was still damp for the first one so not a lot of it was as representative as we wanted. I still got a read on one or two of the tests which were relatively important to give feedback on, so the things that we needed to complete, we managed to do. All in all, it went well.”

“Today was a positive day in the car. It’s always fun to drive a Formula 1 car as they are the fastest cars in the world, so as a driver it’s nice to feel the speed and the adrenaline. Even with the rain in the middle of the day it was a good day.

“The car is a step forward in every aspect from last year. The car has more grip, it’s less draggy on the straights, the engine is a step better, so overall as a package the car is going in the right direction and we’re closer to the front. We saw in the first two races that there is still another step to make if you want to compete with the top three teams, but as a first step I think it’s a good baseline and there’s a good programme of development. It was good to see a positive weekend for us in Bahrain last weekend and hopefully this continues for the rest of the season.

“I have no regrets about my decision to stop racing in Formula 1 and I’m very happy for the team.”

“Not much to report really, as obviously the rain disrupted our test plan somewhat. Nevertheless, we were still able to complete a useful programme with both Carlos and Lando.

“It was great to see Fernando back in the car, he was immediately up to speed and back to his old self! As planned, he also provided us with valuable feedback. On to tomorrow, when hopefully the weather won’t play such a big part in the day’s proceedings.”

All three drivers will be back in the car tomorrow. Lando will drive the McLaren test car all day, whilst Carlos and Fernando will split the duties in the Pirelli car, running in the morning and afternoon respectively.