McLaren has won no fewer than 15 Monaco Grands Prix – more than any other Formula 1 constructor. Look back and soak up the vibes as we present the definitive list of our 15 victories around the streets of the Principality.

It took 18 years for the McLaren Formula 1 team to start winning at Monte-Carlo. Even then, this win was somewhat fortuitous: Alain Prost scored half-points in a deluged event just as rookie Ayrton Senna was set to pounce for the lead. 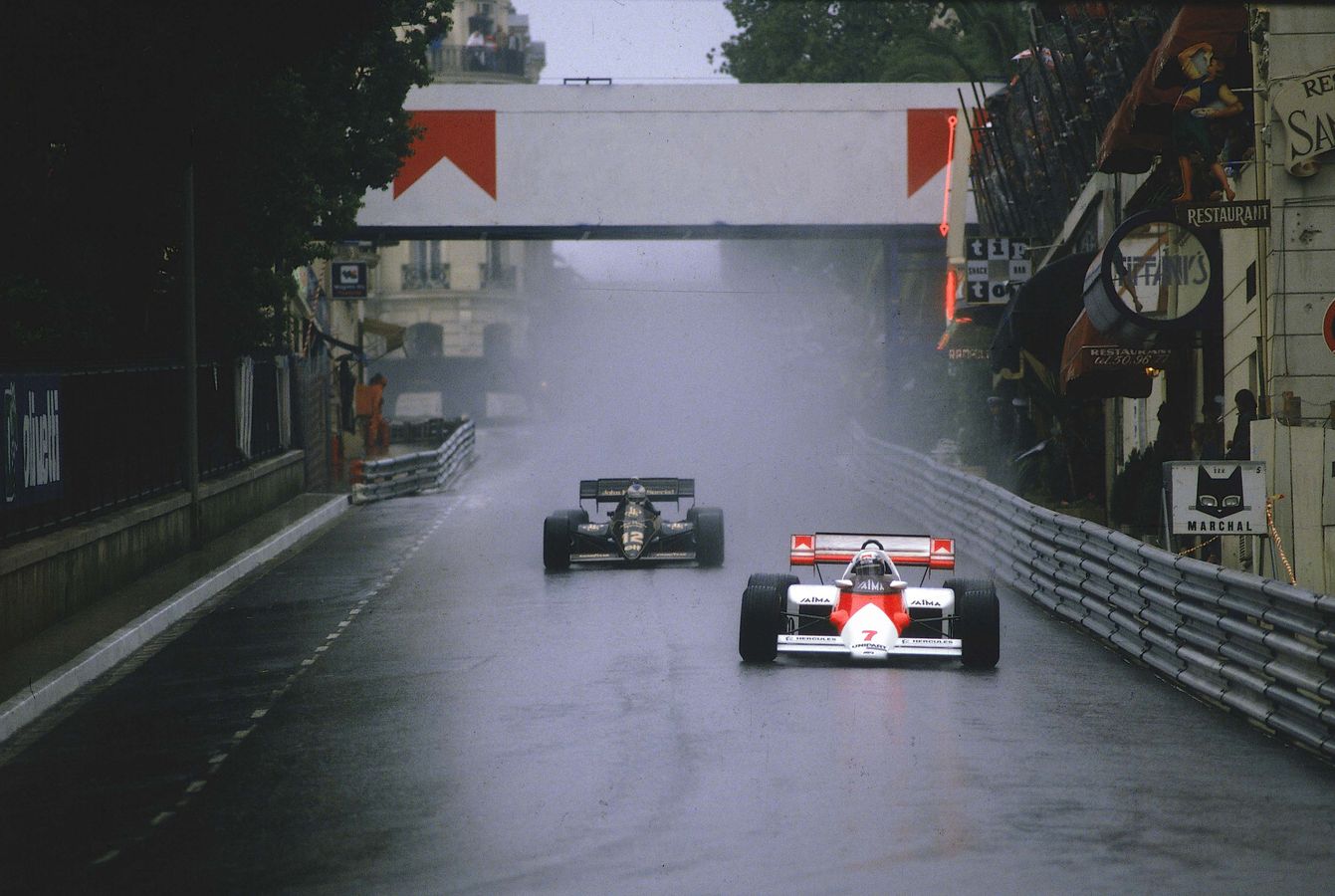 Start fifth these days, and victory at Monaco would be almost unheard of. But Alain Prost slotted into first place after the leader ran wide on oil dropped during a monster shunt involving Riccardo Patrese and Nelson Piquet. Win number two for the Frenchman. 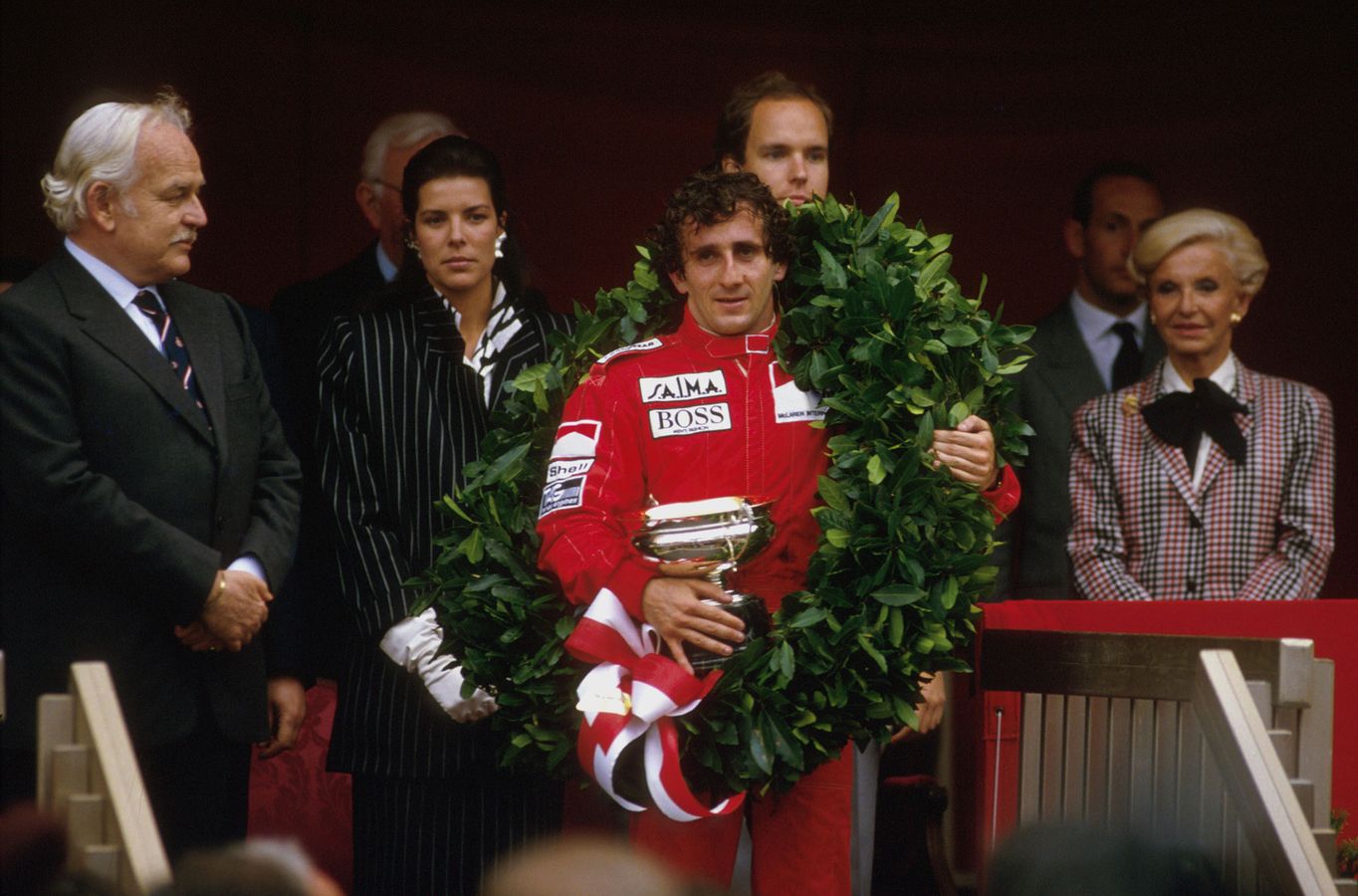 A faultless performance from Prost, who started from pole, set fastest lap and took a commanding victory. To underline the team’s superiority, team-mate Keke Rosberg battled through to make it a McLaren one-two. 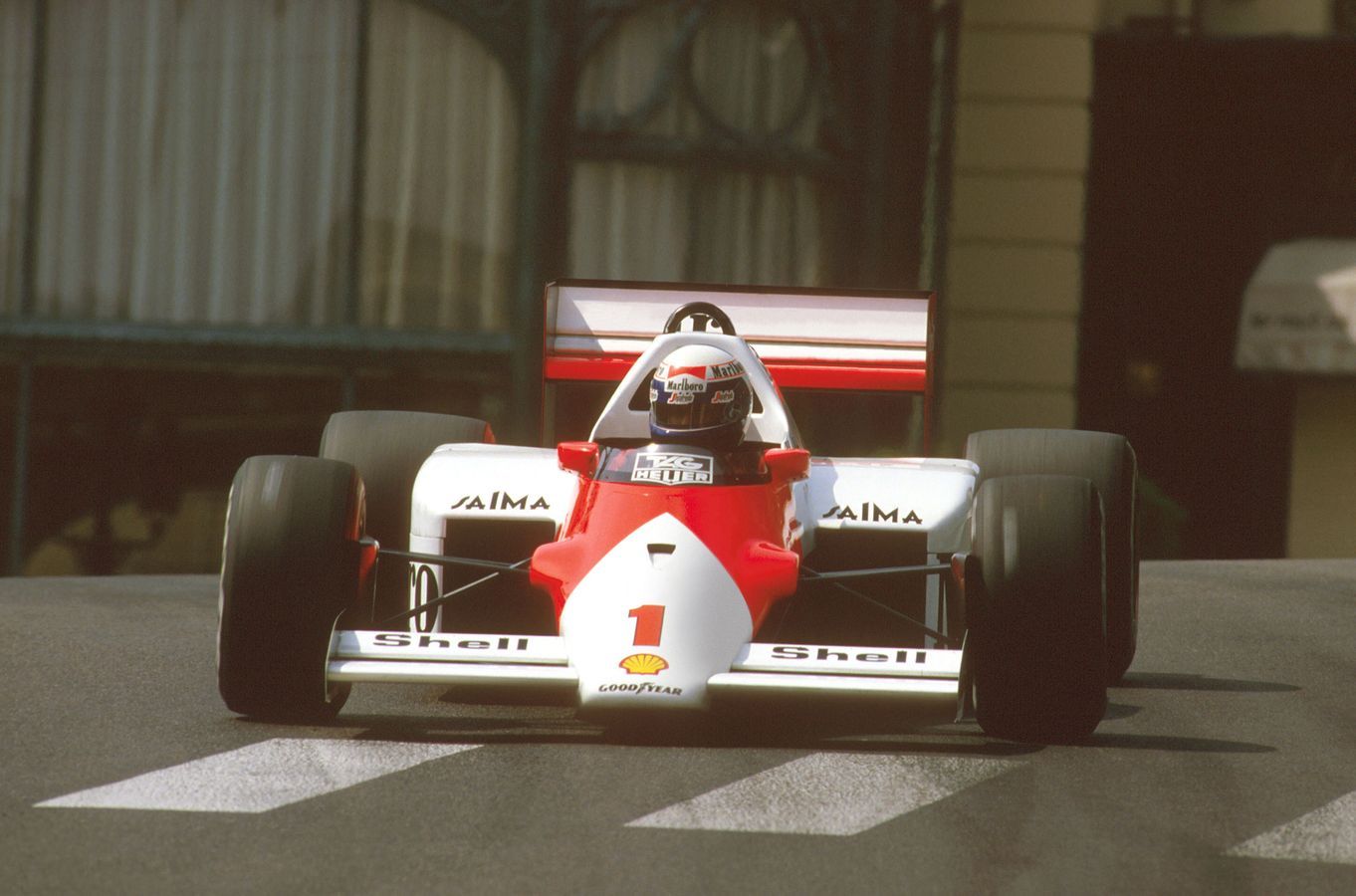 Everyone remembers this one. Prost piles on the pressure to upset the rhythm of a cruising Senna, who crunches his leading McLaren into the wall. The last of the Frenchman’s four Monaco wins – all achieved in a McLaren. 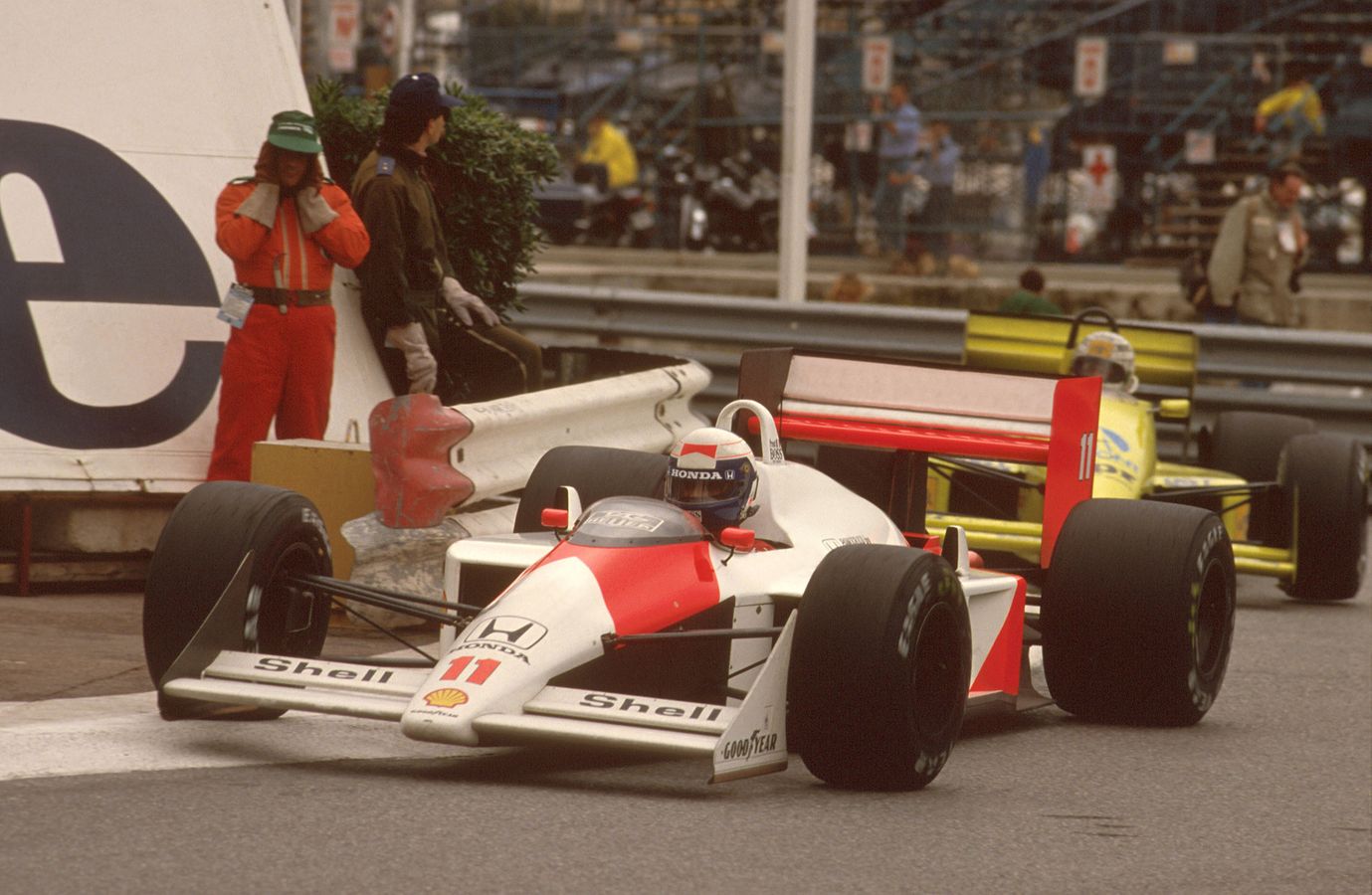 A bravura performance from Senna, who won despite losing first and second gears. Runner-up Prost was further delayed in a farcical traffic jam after two drivers collided at the hairpin and began a bitter slanging match – while still in the cockpit! 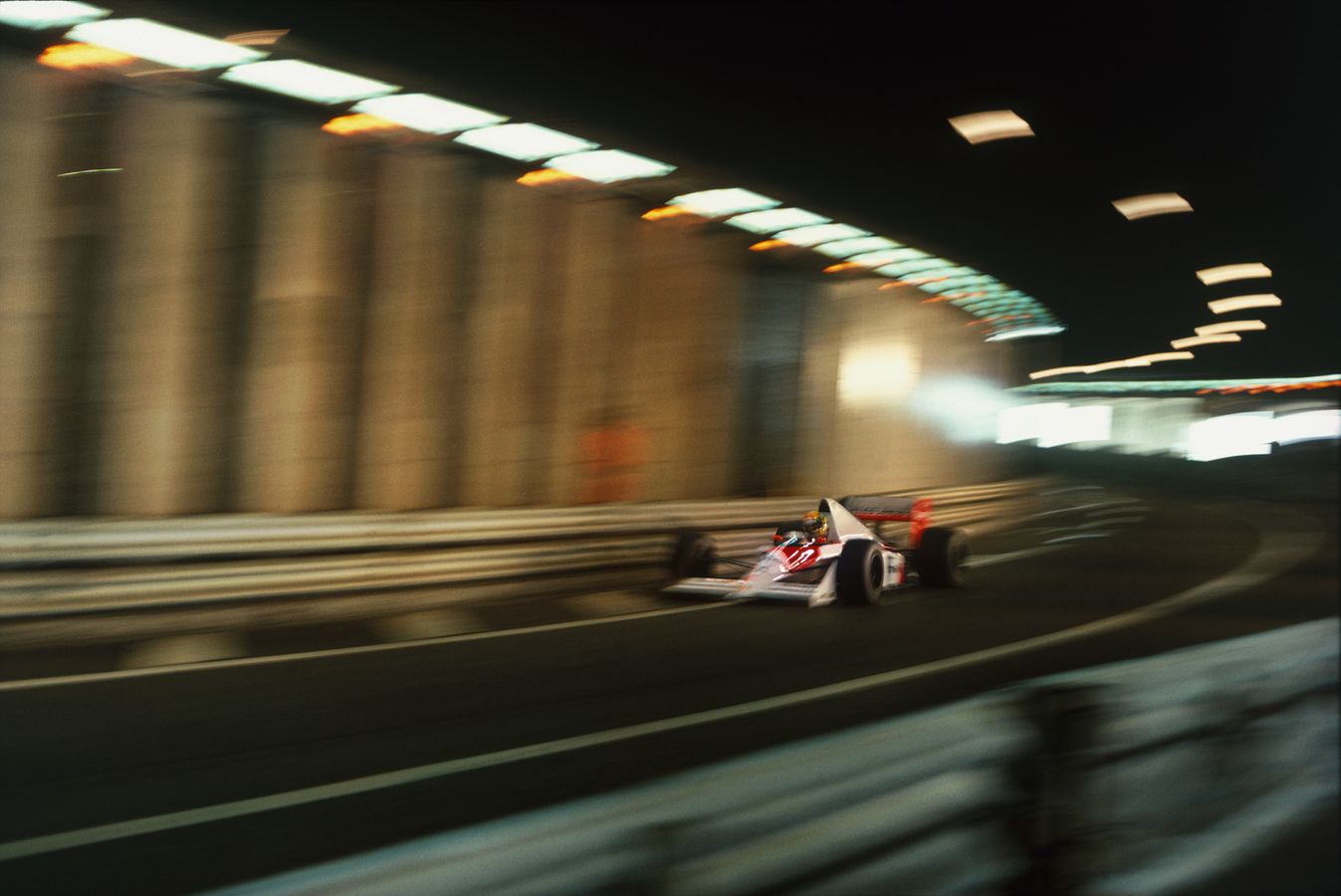 An easy win for the great Brazilian after closest rival Alain Prost – now driving for Ferrari – was involved in a first-lap accident that prompted a restart, and then retired with electrical failure. 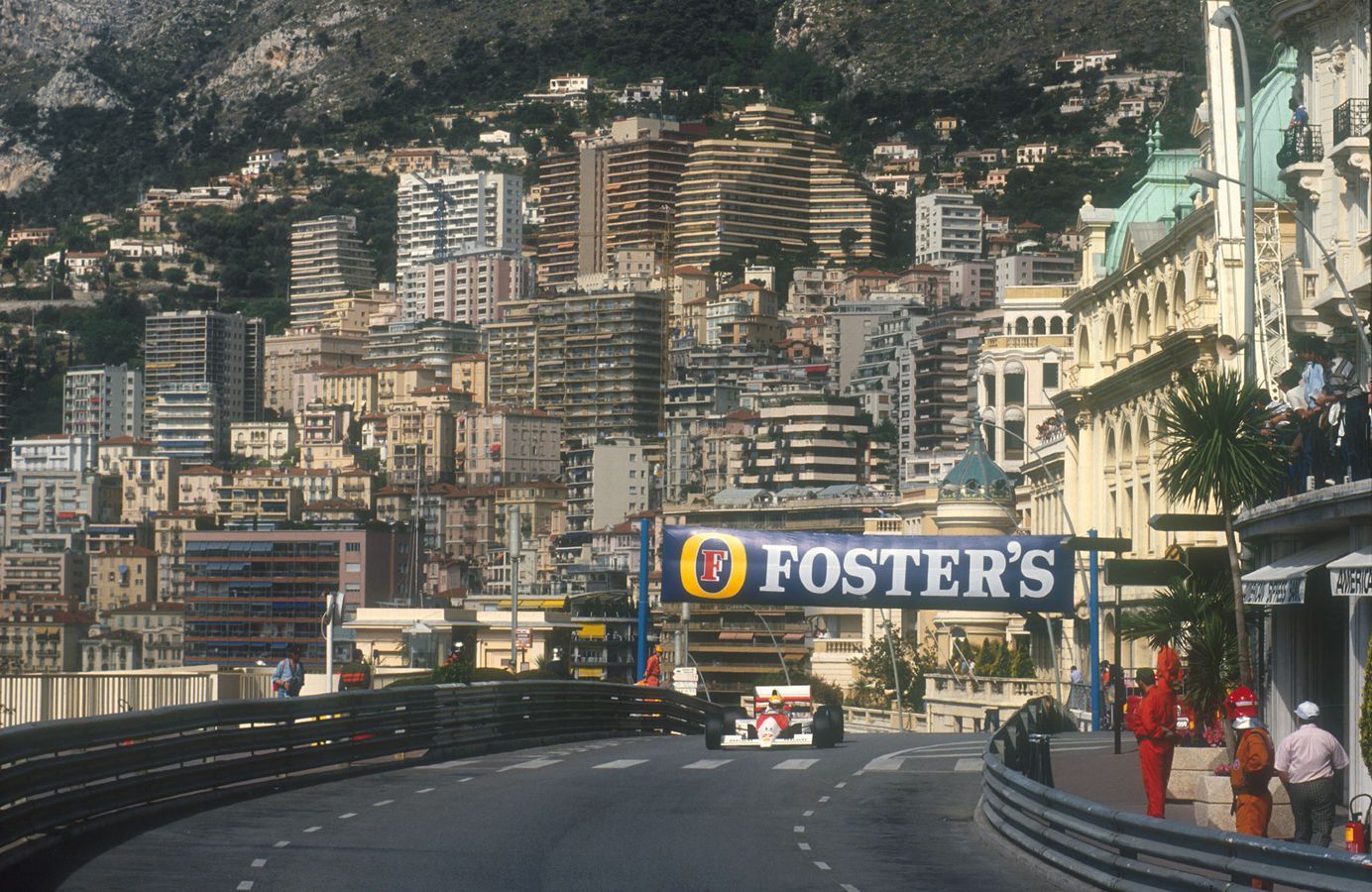 Senna racked up his third win in Monaco, and his fourth consecutive victory of the 1991 season. It was another straightforward win for the Brazilian, who finished almost 20s ahead of Nigel Mansell’s Williams. 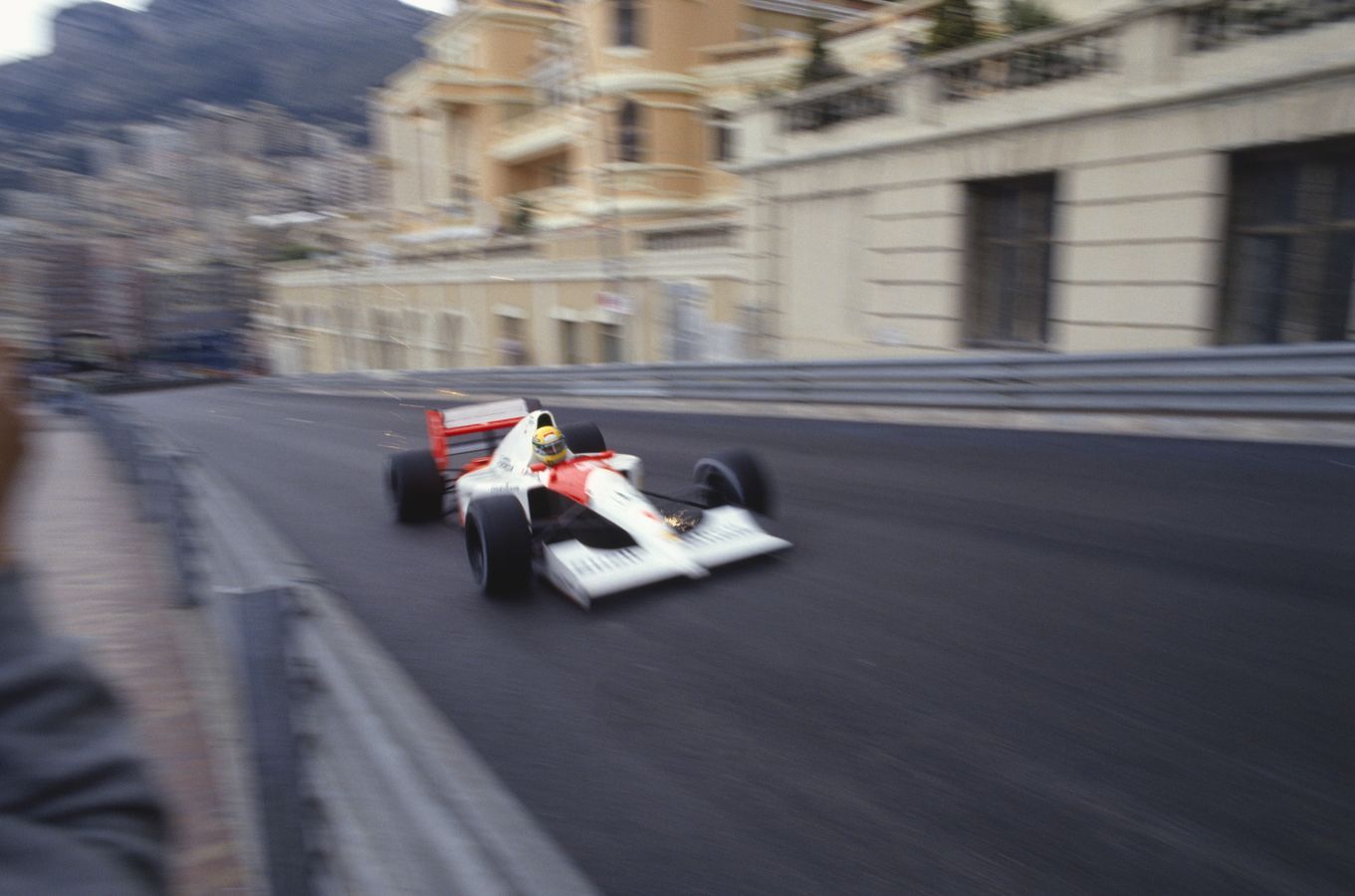 Senna’s toughest Monaco win. The Brazilian was gifted the lead after leader Mansell stopped for fresh rubber eight laps from the end and then tried every trick in the book to retake the lead. Senna remained unflustered and took win number five. 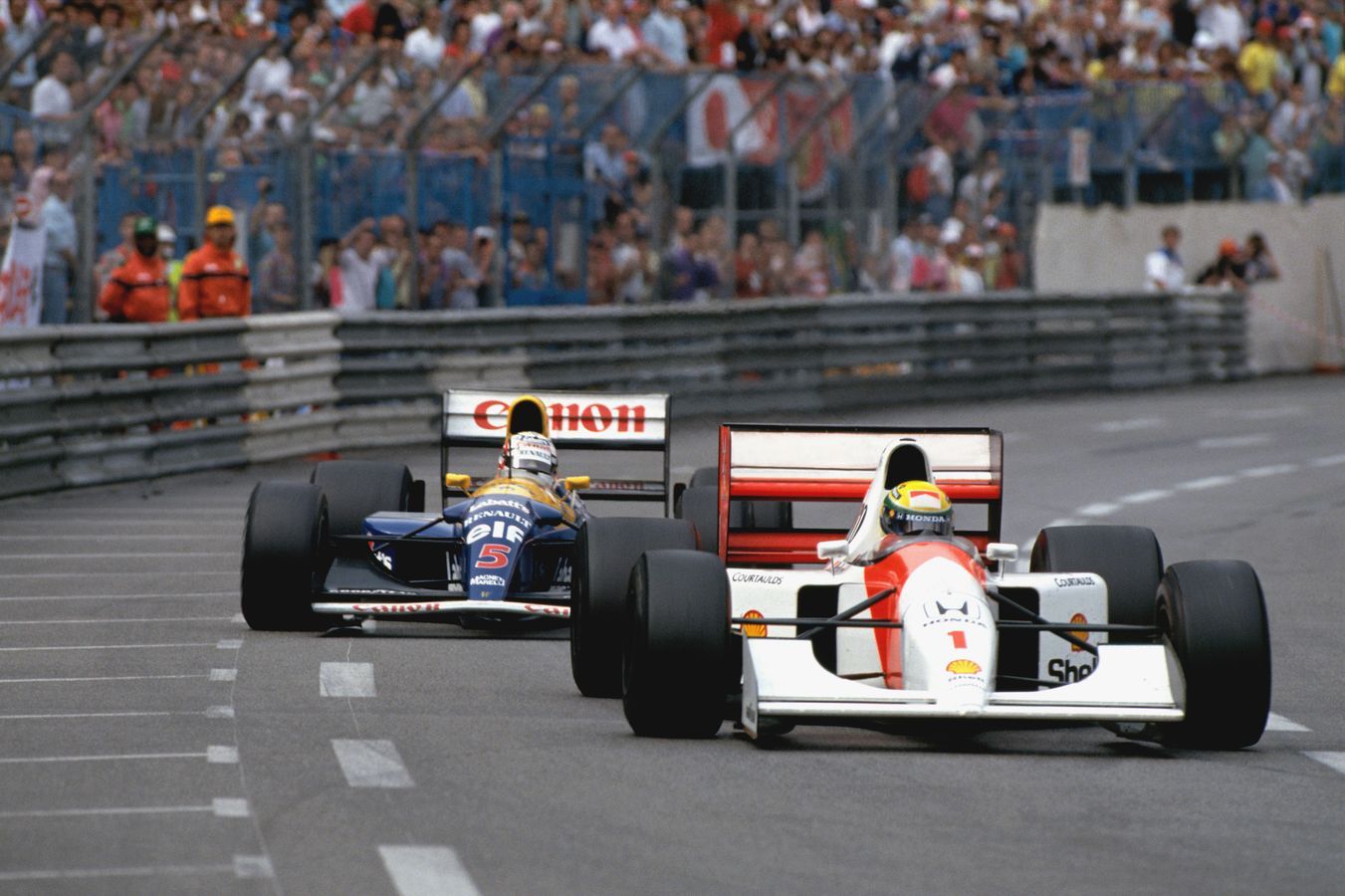 Senna’s sixth and final win around the streets of the Principality – a victory achieved after pole-sitter Alain Prost was penalized for jumping the start and new leader Michael Schumacher retired with hydraulics failure. The end of an era. 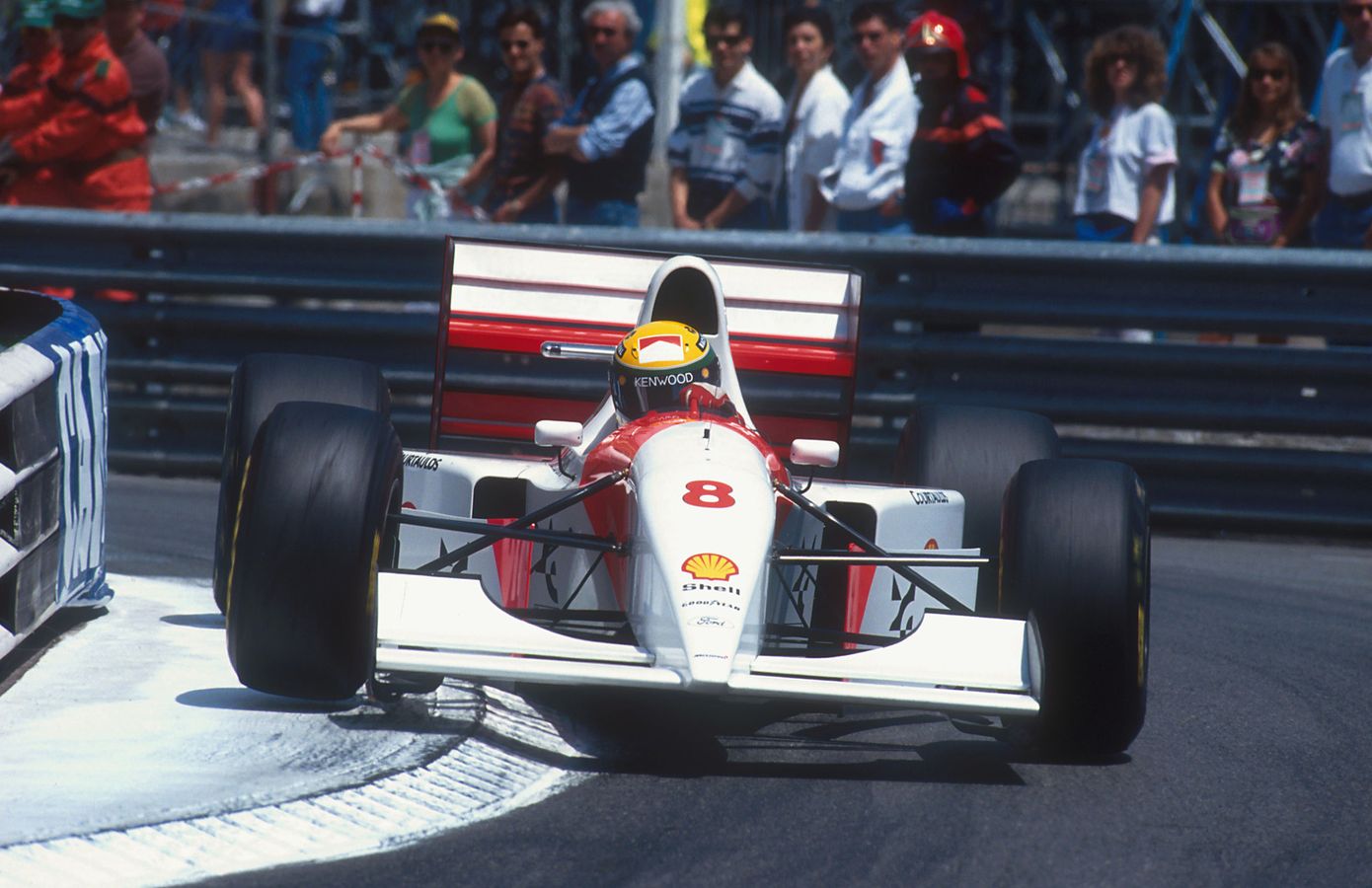 Another imperious win for Mika in his first championship year. The Finn started from pole, alongside team-mate David Coulthard, who retired in the race with engine failure, and ran cleanly to the finish, leading every lap and picking up fastest lap to boot. 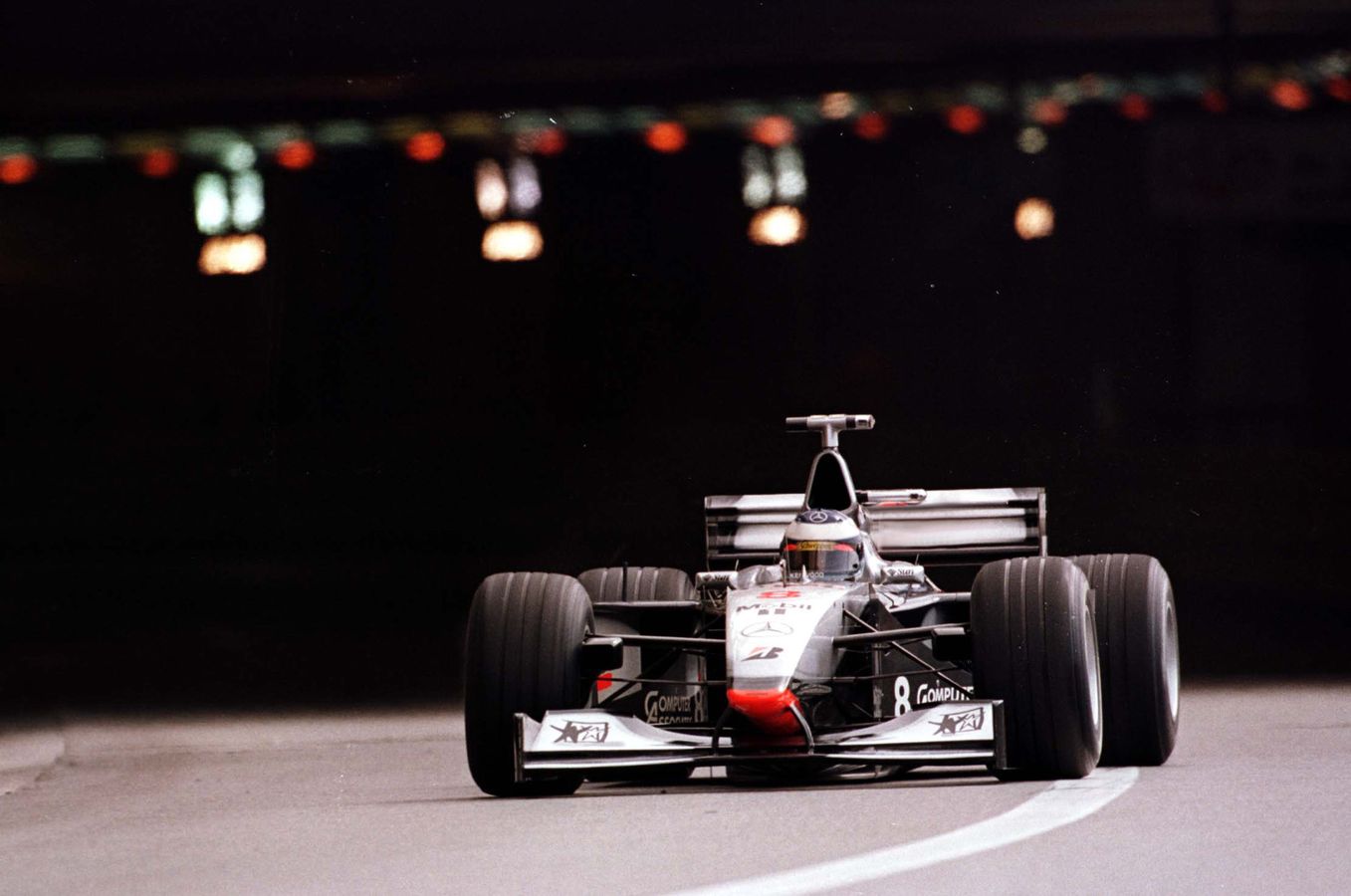 David Coulthard was very often the bridesmaid during his X seasons alongside Mika Hakkinen, but his two wins around the Principality underlined the Scot’s inherent style and class. Win number one was helped along when leader Michael Schumacher retired with fried rear suspension. 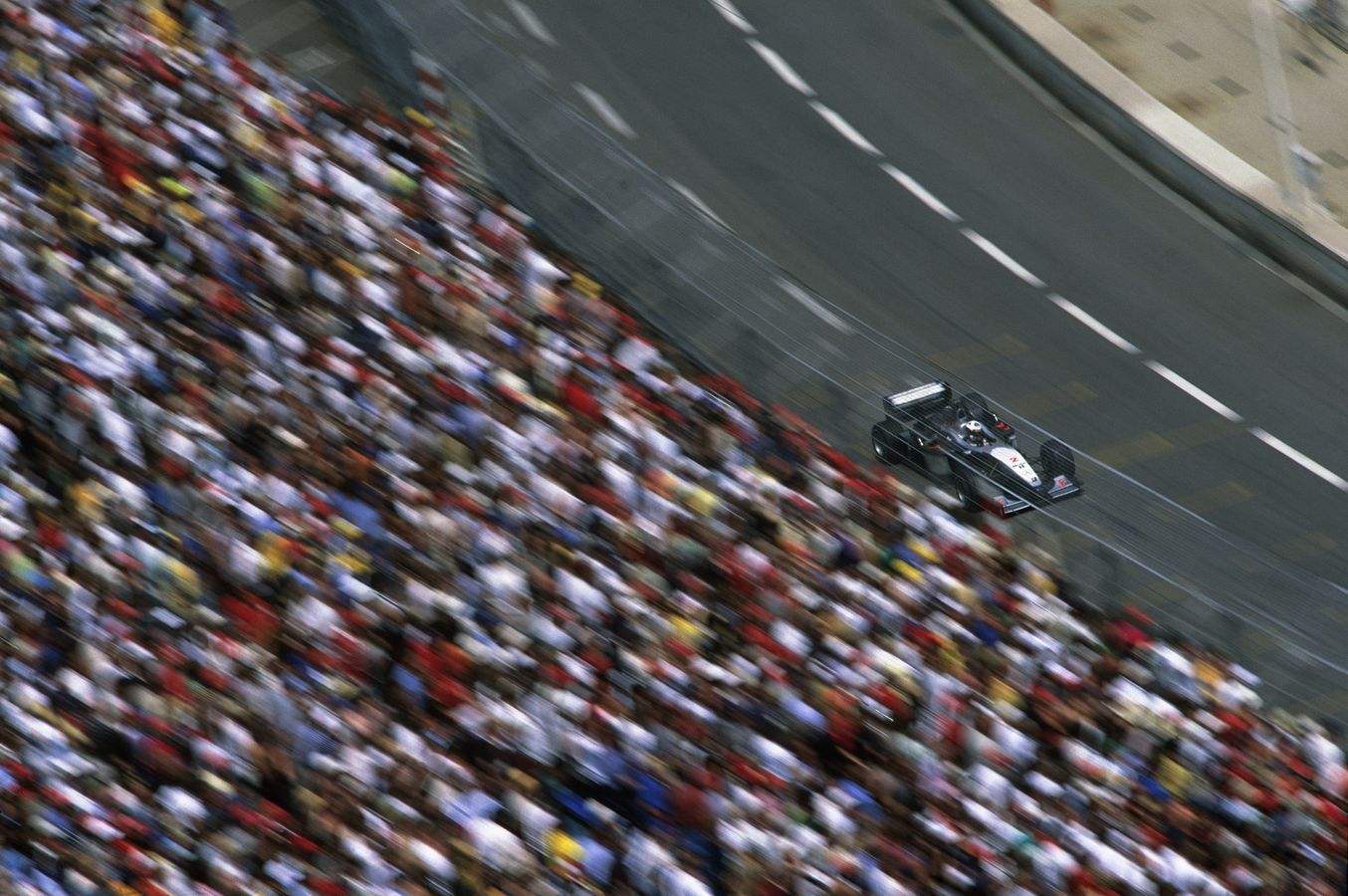 Another popular victory for the Scot, who dominated the event, nipping ahead of pole-sitter Juan Pablo Montoya to lead every lap, despite being pressed to the flag by a recovering Michael Schumacher. 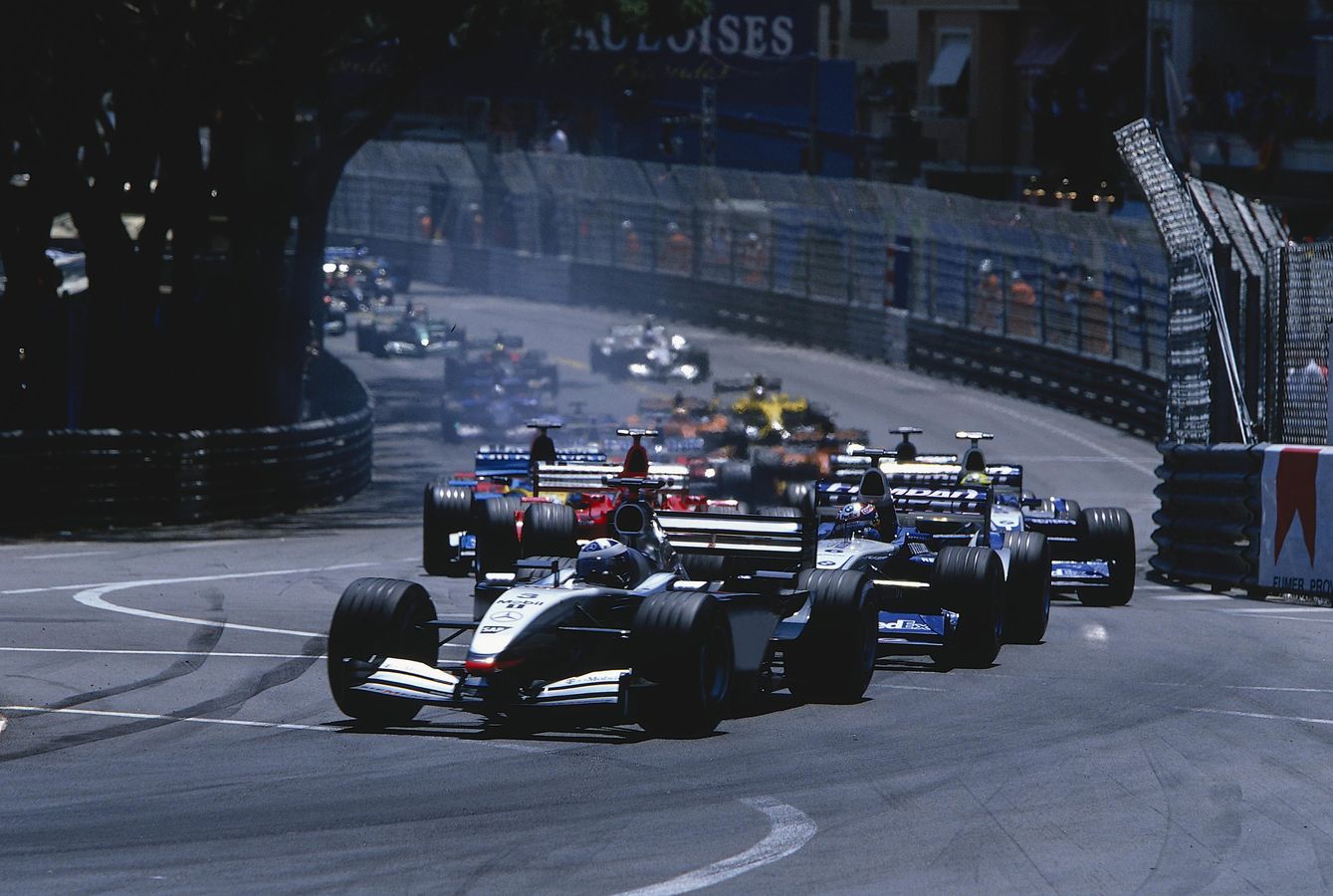 In a year when in-race tyre stops were (strangely) banned, there was little anybody could do to resist Kimi Raikkonen, who motored serenely into the distance, managed his rubber and finished 13s clear of the rest of the field. 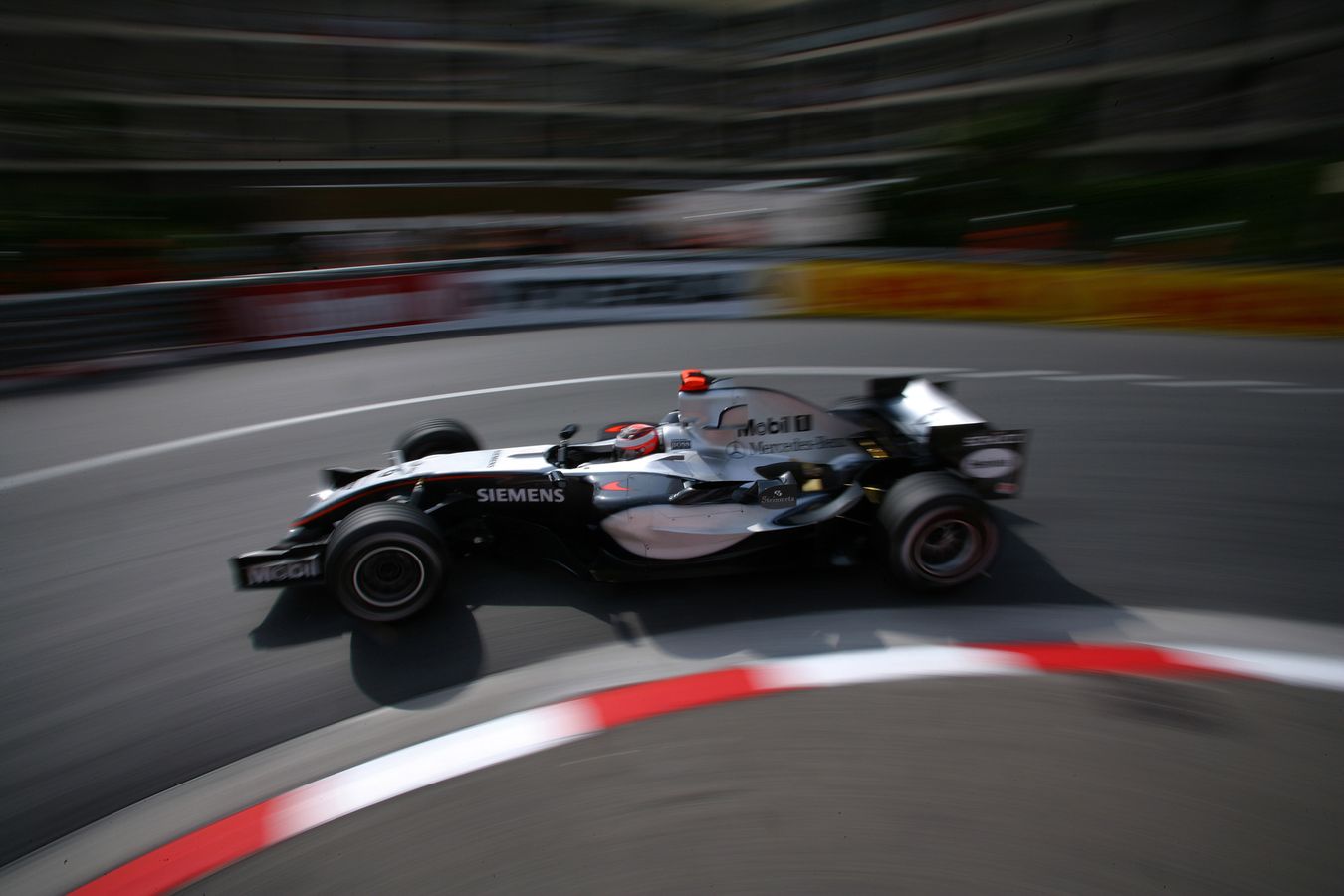 The year it got personal. Fernando Alonso may have taken victory, but Lewis Hamilton never stood down in his fierce battle to usurp the leader. In the end, it was a McLaren one-two, and the start of a long fight for the title between the McLaren team-mates. 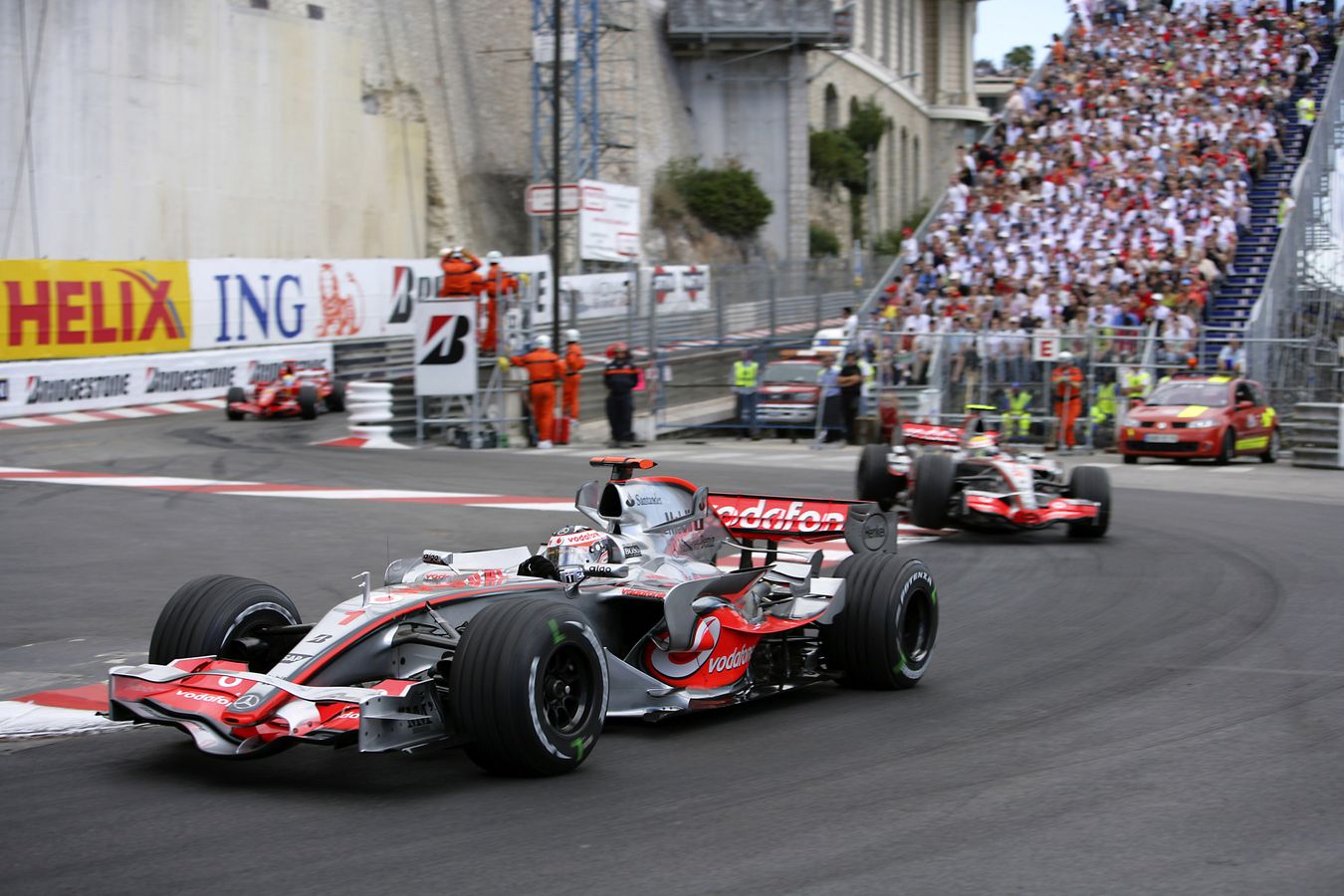 The one that almost got away. When Lewis’s car slapped the wall in the early laps, puncturing a tyre, it looked like game-over. But a quick pit-stop, and an inspired roll of the strategic dice enabled him to bounce back to take his first, unforgettable win in Monaco. 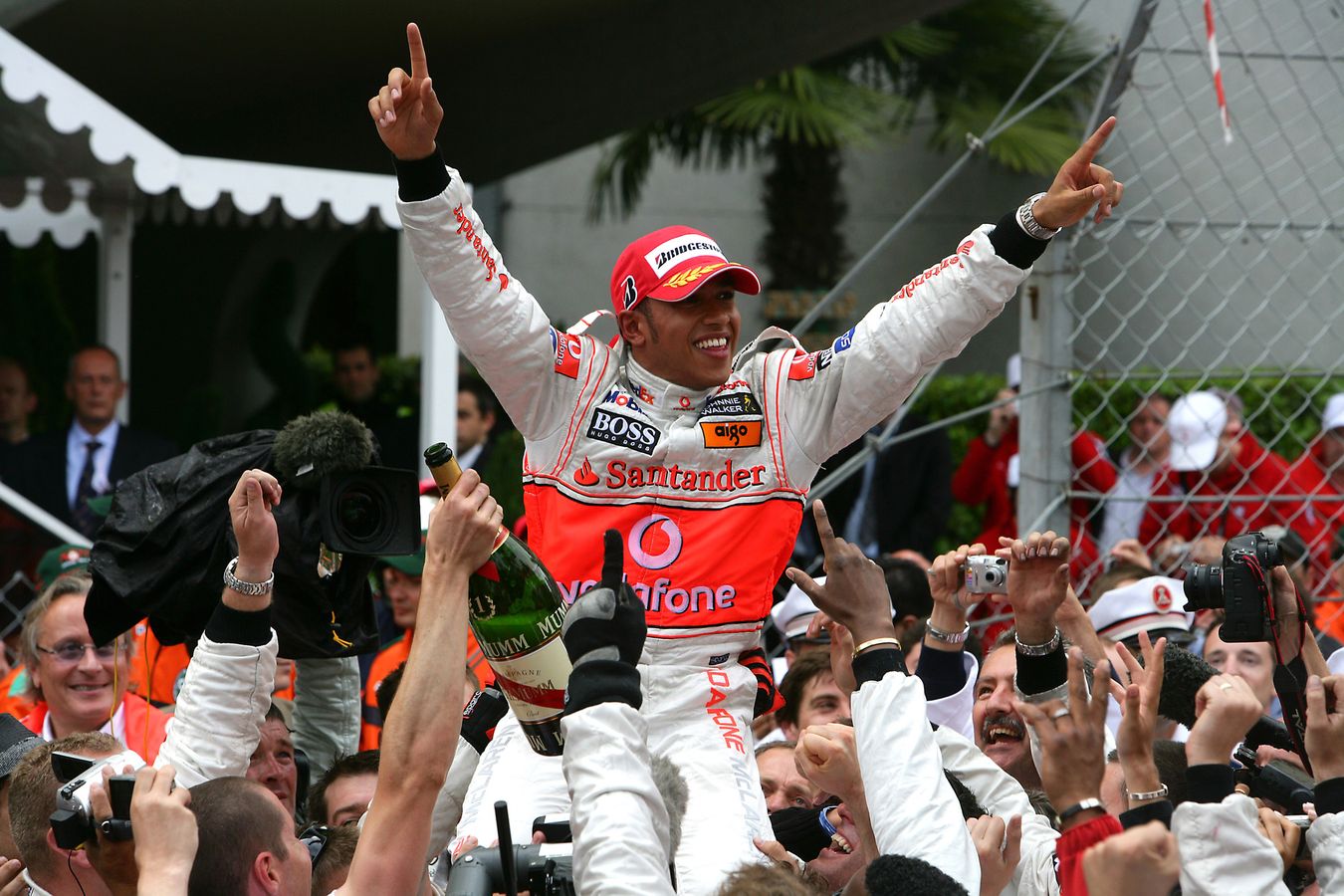 The master of Monaco

Did you know that Ayrton Senna's 1988 Monaco qualifying lap wasn't caught on camera?