From the archive: Continuing our celebration of the 80th year of Bruce McLaren’s birth, we take a look at his experiences at the Mexican GP.

It’s probably fair to say that Mexico City was not a particular lucky venue for Bruce McLaren. He raced there eight times, and amid an unfortunate string of retirements only once did he finish in the top six, albeit with a strong second place in 1968.

However, the track also earned his team its fourth ever Grand Prix victory, and its only win of the season, when Denny Hulme triumphed in 1969. 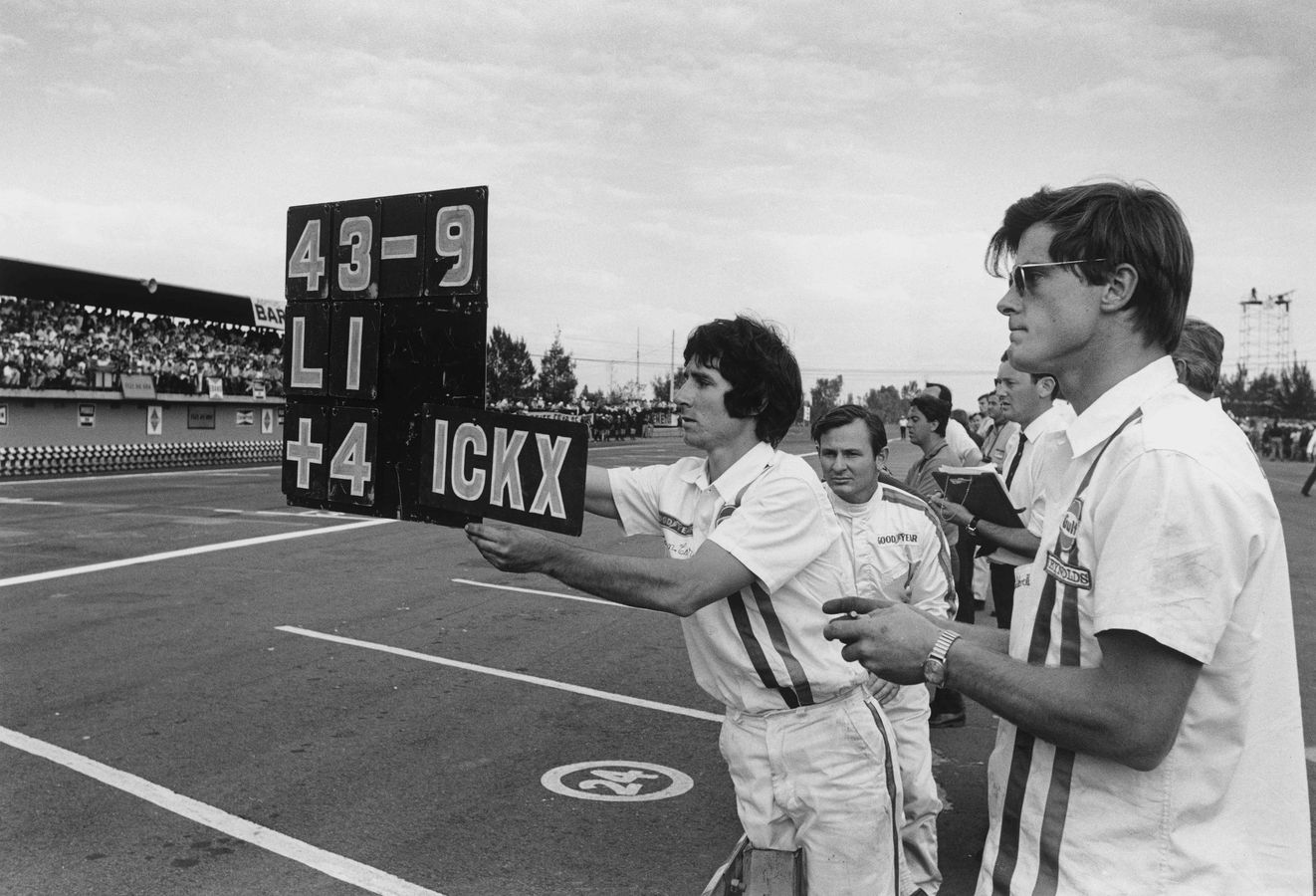 Bruce first experienced the parkland track in 1962, when an exploratory non-championship Mexican GP was held, largely to celebrate the overseas success of Ricardo Rodriguez. After contesting sportscar races at Laguna Seca and Riverside, Bruce had a pit-stop in Las Vegas with his pal Roger Penske before making his way to Mexico, where he was as usual driving the works Cooper.

“The circuit is 7000 feet above sea level,” he wrote in From the Cockpit. “And for the first few days we all felt weak. After walking any distance we had to take a rest to regain our breath. The Climax V8 had the same trouble and it took quite a bit of tinkering with carburation to get them running right.”

Sadly, local hero Rodriguez was killed when he crashed his Rob Walker Lotus in practice, but as ever, the race went ahead.

“The start of the Grand Prix was a shambles. We all sat on the grid with motors revving, waiting for the man with the flag to do something, when there was frantic activity around Jimmy Clark’s Lotus. It wouldn’t start and the race was held up while mechanics tried desperately to trace the trouble. It was a hot day and engines soon began to overheat, the temperatures rising as fast as the drivers’ tempers.”

While the other cars waited several overheated, and one even caught fire.

“Minutes later the race started with the stricken cars being pushed to one side. I soon found myself in the lead and, as the Cooper sang along with all the gauges reading favourably, I seemed set for a Mexican win.

“Jimmy had taken over Trevor Taylor’s Lotus and he was really flying through the pack however. He would probably have passed me before the end of the race anyway, but my engine didn’t give him the chance, expiring with a clatter.”

That was just the start of Bruce’s run of Mexican misfortune. In the first points-scoring event in 1963 he ran as high as third on the first lap, only to retire with engine failure. The following year he finished seventh in a race remembered for John Surtees becoming the first man to win a World Championship on four wheels as well as two.

There followed a string of retirements. Gear linkage failure stopped him in 1965 in what was his last-ever Grand Prix start with the works Cooper team, after seven memorable seasons. In 1966 he was back with his own M2B, and retired when the unloved Indy-based Ford V8 failed. The year after that the BRM in his M5A let him down.

Bruce’s Mexican luck finally began to turn in 1968. The Cosworth DFV-powered M7C had already had a great season, with the team boss and Hulme sharing wins in Belgium, Italy and Canada. The outfit was enjoying a strong end to the championship, and with two races to go Hulme shared the lead with Graham Hill.

Then Denny had a bad weekend at the penultimate race in the USA, but he remained in contention at the Mexican finale – Hill led on 39 points, from Jackie Stewart on 36, and Hulme on 33.

Unfortunately, his challenge was over way too soon. Having qualified fourth he was forced out when a suspension failure led to a crash at the corner that had claimed Rodriguez six years earlier.

“Denny’s race ended with a bang when something broke,” Bruce wrote. “He made violent contact with the wall around the big Indy-style turn before the pit straight. When I came past, Denny’s car was skating along in front of the pits with the back half of it on fire. I could see Denny was okay, providing he didn’t break a leg or something in the rush to abandon ship!”

Hill went on to win the race and the 1968 World Championship, while Bruce made up for Hulme’s disappointment by finishing second, albeit nearly 80 seconds behind the winning Lotus. It was the first and only time he scored points in Mexico.

Alas in 1969 Bruce didn’t even get a chance to start what would have been his last Mexican GP.  The problem was dirt in the fuel injection system, but it was discovered too late and he was forced to watch the race from the pit wall. He was soon cheered by what he saw.

Hulme was generally known as a solid and steady driver who could always bring a car safely home. However, on this day he was clearly inspired, and his McLaren was working well on the long straights. On lap seven, he took Jackie Stewart for second, and not long after that reeled in the Brabham of Jacky Ickx, passing the Belgian to claim the lead. And having done that, he began to pull away.

Hulme had suffered a lot of frustrating retirements in ’69, but this time, there was to be no heartache. Denny stayed safely ahead of Ickx for the duration, letting the gap drop to just over two seconds on the final lap.

“When you are planning ahead for a new season you need a boost for your enthusiasm,” wrote Bruce. “And a win in the last race is just the answer.”

It was indeed a great end to the season for the McLaren team, and it was also the last Grand Prix of the tumultuous sixties. Fittingly the decade had begun when none other than Bruce McLaren won for Cooper in Argentina in February 1960. Both the New Zealander – and the sport – had come a long way since then.