If Formula 1 could be said to have a home venue, then the Circuit de Catalunya is it. Host venue of the Spanish Grand Prix for a quarter of a century, the circuit is also F1’s favoured test track. This year it will host both weeks of pre-season testing. Good facilities, advantageous logistics and climate contribute to F1’s frequent testing presence in Barcelona, but plenty of other circuits in Mediterranean Europe fit that description. The Circuit de Catalunya also has the advantage of being as close to the nominal F1 circuit as the sport possesses.

Barcelona has something of everything: a long main straight, high speed corners in the first sector, medium speed in the second and a slow, technical complex to end the lap. It’s a high downforce power track that’s also tough on tyres – all of which leads to a perception that a car that runs well at the Circuit de Catalunya is likely to be good everywhere. The statistics bear that out: rarely does the winning car in Spain not go on to claim the Constructors’ Championship.

That hasn’t necessarily translated into great races, however, with the perception being that familiarity dials out some of the variables. To date, 19 of the 25 races have been won from pole position –though Pirelli’s tyre philosophy and the arrival of the DRS have greatly improved the show in the last few years.

It hasn’t been a particularly rewarding circuit for McLaren, providing only four of the team’s eight Spanish Grand Prix victories – though the four did include a memorable hat-trick for Mika Häkkinen in the years 1998-2000. Jenson won here in 2009 but undoubtedly the all-time most popular victories here were Fernando’s wins in 2006 and 2013. 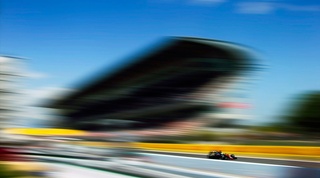