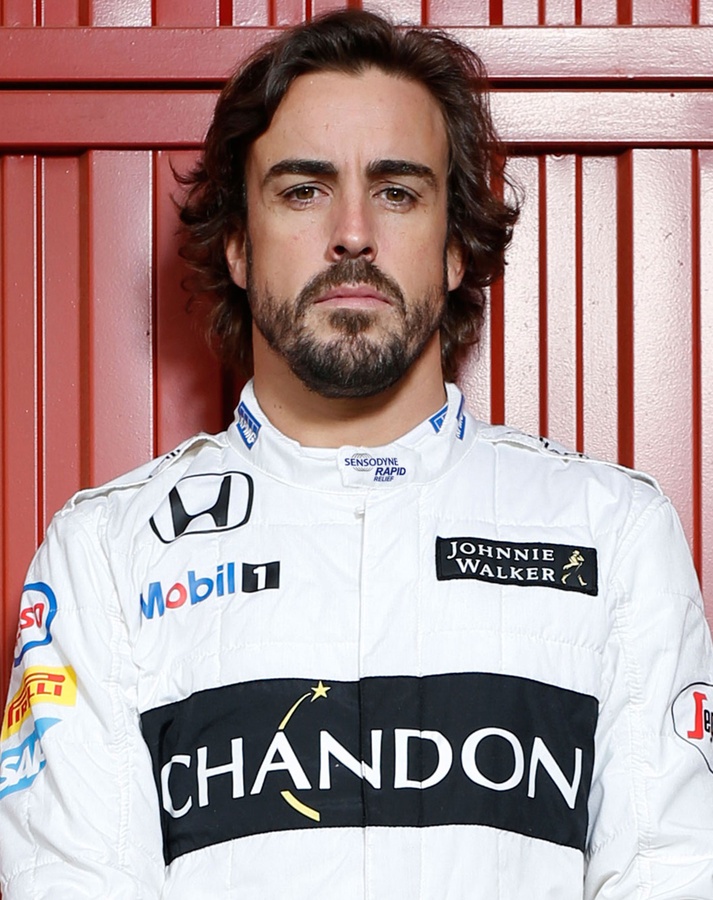 “Monaco is such a special place. I don’t think there are many drivers in the world that can say they don’t like racing there. Because it’s so narrow, and overtaking is almost impossible, it can be incredibly frustrating, but the feeling when you put together the perfect lap, or manage an overtaking manoeuvre, is all the more satisfying.

“It’s a real challenge to get the set-up right for Monaco because of its unique characteristics, but often we see some unpredictable racing there because the nature of it tends to shuffle the pack up. I’m optimistic that we can dial-in our car to suit the track because we have a very well-balanced chassis, so it will be interesting to see how we measure up when the circuit’s characteristics are more likely to play to our strengths.” 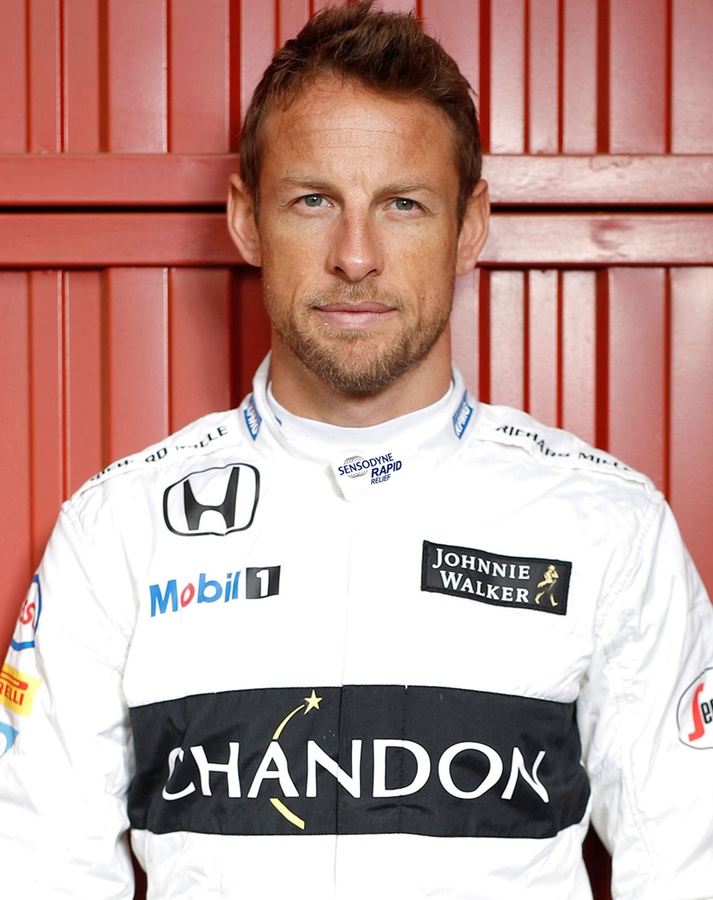 “I love this track – although we are now seeing more street circuits appearing on the Formula 1 calendar, Monaco is like no other in the world. It requires a completely unique set-up – more traction, high downforce, more steering angle, softer suspension – and the feeling you get driving around there is among the best you experience as a driver.

“It’s not a fast circuit, but that doesn’t mean it doesn’t feel it. The barriers are so close you feel like you can reach out and touch them, and you need absolute 100% focus and concentration to get the most out of each lap, every lap – or pay serious consequences. One small mistake and you’ll definitely be punished, which is what makes it such a great driver’s track. It’s a real test, and one we look forward to taking every year we go back there."

History lesson:
The Monaco Grand Prix was first run in 1929. Despite featuring on the inaugural Formula One World Championship calendar in 1950, the race was omitted between 1951 and ’54, but it’s been staged every year since ’55. Much of the track layout has remained unchanged during that time.

What makes the track unique:
It’s the shortest and slowest circuit on the calendar, but it’s also one of the most demanding. The average speed around the tortuous streets is only 160km/h (100mph), but the lack of run-off results in the smallest of mistakes being punished.

Grip levels:
Poor. The track is made up entirely of public roads, which are opened to street traffic each evening of the race weekend. Grip levels are poor, particularly at the start of each day, prior to any rubber being laid down.

Run-off:
Minimal. Three layers of Armco line both sides of the racetrack, which makes it very unforgiving. At the end of the two longest straights, into Turns One and 10, the barriers have been pushed back to provide greater run-off and TecPro barriers provide an extra degree of cushioning in the event of an accident.

Watch out for…:
Turns 13 and 14, the Swimming Pool Chicane. It’s a left-right flick taken in fifth gear at 215km/h (133mph) and a barrier at the exit collects anyone who gets out of shape. “A great challenge,” according to Fernando Alonso.

Monaco's F1 heritage
The Principality has become synonymous with F1, its tortuous streets providing one of the greatest challenges on the calendar. The history of the race pre-dates the Formula 1 World Championship and 39 of the 62 races since 1950 have been won by world champions. Graham Hill was referred to as ‘Mr Monaco’, courtesy of his five victories in the Principality; in realty, that moniker belongs to Ayrton Senna, who took six wins between 1987 and ’93.

Smallest winning margin
0.215s, in 1992. On lap 71 of 78, Nigel Mansell made an unscheduled pitstop, emerging five seconds behind Ayrton Senna. For the last four laps they ran as one, but Mansell couldn’t find a way past Senna..

Sporting legacy
For a place that’s just 2.02 sq km (0.78 sq miles), Monaco punches well above its weight in just about everything. The Monaco Grand Prix is recognised as one of the most famous races in the world; it’s “the one that every driver wants to win,” according to Jenson Button. But still there have been only three Monegasque F1 drivers.

Did you know?
Despite the track’s inherent dangers, there has been only one fatal accident at the Monaco Grand Prix since 1950, when Lorenzo Bandini crashed at the chicane in 1967.

Don’t forget
McLaren is the most successful constructor in Monaco. The team has won the race 15 times; five of those victories came with the late, great Ayrton Senna behind the wheel.

Fan zone
Sonia, aged 48, from Prague, asks: “Why are the opening couple of practice sessions held on Thursday in Monaco and not Friday, as at other races?”
McLaren’s answer: “Traditionally, the race was linked to Ascension Day, which is a public holiday in the Principality. Prince Rainier, Monaco’s ruling monarch, requested that there be no sporting events on Ascension Day, and while the race is no longer linked to the Christian calendar, the four-day format remains. One of F1’s quirks!”

“The most obvious characteristic of the Monaco circuit is that qualifying is probably more important there than at any other track. Getting through to Q3 in Barcelona for the first time since the McLaren-Honda partnership was reunited was definitely a boost for the team, so our aim, of course, will be to replicate that to give ourselves the best possible chance in Monaco.

“Monaco is a very demanding race, so reliability and strategy will be key in order to maximise the potential in our chassis and power unit at this circuit. After a disappointing result in the race in Spain, I’m pleased to see that our work completed at the test was encouraging, so I hope that can translate to a positive performance for the whole team next weekend. It’s definitely one of the best races of the year.”

“The feeling at Monaco is completely unique. I’ve definitely adopted it as another home race after Silverstone, and after all these years it still does feel pretty surreal driving around your back yard, although while the grand prix is in town the place takes on a whole new atmosphere. Despite its long history, it’s still got the glamour, the excitement, the beautiful backdrop, and always produces something unexpected.

“I’ve had a bit of bad luck over the last few races, so coming home with two points in Barcelona was definitely a positive on my side of the garage. Monaco is a completely different ball game, but one where the strengths of our car should shine through a bit more than in Spain if we hook up all of the elements, so I’m excited to see what we can do there. There are so many variables to come together, so it won’t be easy, but our testing programme last week went well so I’m hopeful we can put a lot of that learning into practice come Thursday in Monaco.”

“Monaco certainly deserves its status as a true classic on the Formula 1 calendar, and a jewel in the crown for drivers, fans, sponsors and teams alike. The atmosphere is very special, the setting is stunning, and the speed at which the cars race through the tiny streets of the Principality blows you away, no matter how many times you watch it.

“For the cars, outright power certainly plays less of a role there, which means car set-up is a delicate trade-off between downforce, driveability and balance. Monaco is a track where, on paper, it should suit our package more than at other circuits, but one of its unique facets is its unpredictability. The weather conditions often change, accidents are frequent which tend to have bigger-than-usual impacts on a race outcome, and of course overtaking is notoriously – and often, frustratingly – difficult.

“That said, these elements are what make Monaco so special, and we will approach the weekend with a lot of valuable data gathered from the tests, and maximum effort and determination to keep pushing forward. The key objectives for us are reliability – especially given Fernando’s retirement in Barcelona – and qualifying performance, as this can often dictate where points are scored or missed. We must look to qualifying to give us the best opportunity at the start of the race, and aim to finish in the points on both sides of the garage.”

“Heading to the Monaco Grand Prix is always special. There is so much history and it’s such an iconic race for Formula 1.

“The street circuit itself is a complex and technical circuit, albeit with low overall speed. I believe that our car is rather suited to this type of circuit, so if we can squeeze out the full potential through good balance of the power unit and chassis, I think we have a chance to be competitive throughout the weekend.

“The narrow track and tight corners of this circuit will test any driver, but we have two world-class drivers with skill and experience, so I am looking forward to seeing what this weekend will bring for us. The new Ultrasoft compound will debut in Monaco for the first time, so we are hoping that it will be an exciting race.”