"A tough day for us"

Today was a frustrating day for the McLaren-Honda team. Both drivers ran clean races and pushed hard, and were two of the very small number of drivers able to pass their nearest rivals on track.

The team split the strategies, Jenson pitting once and Fernando twice, in an effort to get the best out of the tyres on the slippery track and make progress through the traffic. On a circuit at which it is notoriously difficult to overtake, and despite their best efforts and some hard battles on track, neither driver was able fully to capitalise on their pace and duly finished in 12th and 13th positions.

“I guess we could have done a little bit better today, but unfortunately on the first lap we seemed always to be in the wrong place at the wrong time. We also had a small incident, which put us in a difficult position as we were in traffic for the remainder of the race, as we sat behind Carlos [Sainz] for 40 laps or so.

“We also had a small problem in our second pit-stop, which didn’t help.

“We had one tyre that lasted a long, long time and another that lasted much less long, so Jenson and I went for different strategies, but, even so, neither of us finished in the points.

“At the end of the day, when you have the pace everything is easier, so that’s what we need to focus on.”

“We did a one-stop strategy, but the problem for us – for everyone, I think – was that you just couldn’t overtake. We lost so much time in the first 30 laps of the stint on the Back-Up [tyres] in traffic behind other cars. I was stuck behind Kevin [Magnussen], then Fernando, then Carlos, and then [Jolyon] Palmer. It was really difficult to overtake but I eventually got past them all – our pace was really good then – and we did as well as we could have done. Even if we’d had clear air ahead of us I still don’t think we could have finished 10th though.

“The actual pace was good during the race, as I say, and I had some fun out there overtaking, and enjoyed some good fights, but it’s just so difficult to pass here. You wouldn’t think so with such a long straight, but out of the last corner you just can’t stay close. When you do get past, you suddenly find the time, but in the process you’ve lost so much compared with the people who stopped on lap one.

“We could have stopped on lap one ourselves, but, when you’re in 12th or 13th place, it’s not a great position, but it’s also not a bad enough position to say ‘let’s take a gamble’ when you’re potentially on the edge of the points.

“All in all, it was a really unusual race, and it’s a pity because we could have finished a lot higher up had we gambled, but you don’t know that in advance. It was still a fun race for me and I definitely got the best out of the car today – and that’s all you can hope for.”

“But this afternoon’s race was a tough one for us, for many reasons. First, the Autódromo Hermanos Rodríguez is a decidedly difficult circuit on which to overtake, as a result of which our drivers were held up behind Carlos’s Toro Rosso for many laps; second, we were forced to down-tune Fernando’s power unit during the race, which obviously handicapped him to some extent; and, third, there was a delay during Fernando’s second pit-stop, which lost him a further two or three seconds.

“These things happen – that’s racing – but it’s always frustrating for driver and team alike when they do.

“Anyway, from here we move on to São Paulo, Brazil, whose famously undulating Interlagos circuit will present a very different set of challenges. Having won the Brazilian Grand Prix no fewer than 12 times in our history, which is more than any other team, we hope to fare better there than we did here, although a 13th Brazilian Grand Prix victory will of course be out of our reach. But we hope points will be possible.”

"Today’s Mexican Grand Prix was very harsh on our team. Fernando had a hairy start, being pushed out onto the grass, and as a result backed up Jenson who was directly behind him. Neither car was able to gain positions as they often do at the start, therefore. Furthermore, after the first pit-stops, we were constantly stuck in traffic, whereby we weren’t able to push into the points-scoring positions. I don’t think we were able to show any of the team’s strengths in the 71 laps today.

“We also had some issues with our power units, Fernando suffering from an anomaly in the ICE whereby we were forced to detune the output, and Jenson showed a temperature rise in the ERS whereby he wasn’t able to use the maximum performance mode at the end of the race. I am mostly disappointed as it feels like we have unfinished business and couldn't challenge enough on the track.

“Now that the two long Americas back-to-back races are over, we’ll go to our respective factories and gather data to analyse, and look to pull the team together and forward for the upcoming Brazilian race." 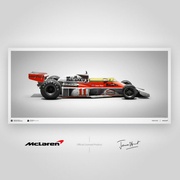 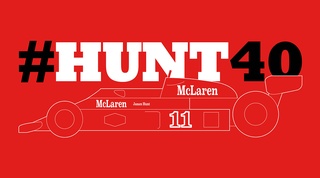