"We can be further up tomorrow"

It was a fairly smooth start to McLaren-Honda’s Malaysian Grand Prix. Both drivers enjoyed relatively trouble-free sessions as they sampled Sepang’s re-surfaced and slightly re-profiled sweeping curves for the first time.

Despite the sweltering ambient and track temperatures, both cars ran without issue, although both drivers lightly snagged the floor during their opening FP2 runs, which prompted a slight delay to patch up the bodywork.

Neither driver found a definitive set-up, but with Fernando facing a series of power unit element-change grid penalties, and changeable weather forecast over the next few days, there is still much to play for during the remainder of the weekend.

“We completed a good number of laps today and got through all the tests we’d planned to do. We even managed to conduct some experiments aimed at next year’s car, which was really positive.

“We still need to see how well we can do tomorrow, especially in FP3, where we’ll be concentrating on long runs. For me, qualifying is going to be pretty short because of my penalties: I’ll do a lap to set a time within 107% and then I’ll watch it on TV. Then we’ll try to save as many sets of new tyres as possible.

“The new asphalt is a good improvement: there’s a lot more grip. Last year, my best Friday time was a 1m42.5s; this year I set 1.36.2 – so that’s six seconds in one year. If you consider the car has improved by two- to two-and-a-half-seconds, we get a further three seconds from the asphalt. It’s a good sensation to have so much grip.

“The weather forecast for Saturday and Sunday could be rainy – we still don’t know if quali or the race will be affected – so starting from behind might not be too bad for us.”

“We were out a bit late in FP2 because some of the set-up changes we made to the car took a little bit longer than we thought. That meant I got out when everybody else was on high-fuel. Then I caught up with Kevin [Magnussen] in Turn 10, and he kept on the racing line, which hurt me in terms of lap-time.

“So the single-lap pace of the car isn’t too bad – and I even think we can be further up tomorrow. The long-run pace isn’t quite there yet – but we think we know what we can do with the balance to help that.

“The new asphalt here is very strange – it feels like there’s a lot of grip, then it’s suddenly taken away from you. It’s difficult to read – it feels a bit like Sochi: the oversteer comes out of nowhere.” 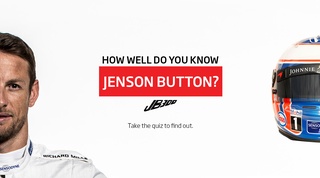 “The re-surfaced and re-profiled Sepang circuit poses a significant challenge to both teams and engineers this weekend. Fortunately, we had a clean day of practice and were able to gather some useful test data as we dialed the cars in during today’s practice sessions.

“Fernando made a positive start to his weekend by immediately dropping into the groove and looking impressively quick at times. It’s frustrating that he’s facing a significant grid penalty – for introducing new power unit elements – but it’s something we’d already factored into our weekend programme, and we’ll work hard to provide him with a car and a strategy to best cope with that setback on Sunday.

“Jenson’s 300th grand prix this weekend is a considerable milestone – and it’s one that the whole team and many people inside the paddock will be celebrating with him. He hasn’t yet got a balance that he’s fully satisfied with, but we’ve got plenty of data to analyse this evening before choosing a set-up path ahead of qualifying tomorrow.”

“Today’s very hot and humid free practice sessions had some minor interruptions, with an unexpected red flag due to a pit-lane fire, and sensor trouble on our cars, but I am satisfied that we managed to otherwise get through our aero, tyre and set-up confirmations according to our run programme for tomorrow’s qualifying.

“The updates that Honda has brought to our power unit for Malaysia are focused on increasing the durability while decreasing overall weight of the surrounding parts around the ICE. This consequently helps performance, but does not lead to an outright increase.

“Both sessions ran very smoothly, and we were able to gather track running data that we cannot test on the dyno. We will now focus on analysing the data thoroughly to prepare the power unit for future race use."