"We will accept today’s result, analyse the data and regroup"

The Japanese Grand Prix was a very disappointing race for the McLaren-Honda partnership.

Fernando Alonso put up a spirited battle to take the fight into the midfield, but he was never in a position to challenge for points. He eventually finished 15th.

Jenson Button started 22nd on the grid after the team elected to change his power unit components before the race. Starting so far back meant that his potential was limited, and, despite pulling off a couple of satisfying passing moves, he finished only 18th.

“Our race today reflected the whole weekend: it was just anonymous.

“To finish 16th and 18th today is a rather nasty surprise, especially after finishing seventh in Singapore, and seventh and ninth in Malaysia, just last weekend.

“I hope this was an exceptional and unique event, and that we’ll return to business as usual at the next race, in Austin.

“It was clear that the layout of the track didn’t suit our package – we lacked downforce through the faster corners.

“I know our car is in fact much more competitive than we were able to show today, and I’m obviously disappointed about putting on such a poor show at Honda’s home race. But we’ll head back home, analyse what happened, and bounce back from this disappointment.”

“I made a poor start – the [power unit] components in the back of the car were all-new, so I got massive wheelspin and was therefore somewhat left behind on the start-line. Then it was really difficult to get past the Manors – they’d started the race on the Option tyre, and I was on the Back-Up, so it was hard to make a move stick.

“I eventually got past them though and, despite racing with the backmarkers, I still had some fun out there – a few little battles – but we were a long way behind the points-scorers.

“It’s been a very tough weekend – it’s a shame that Suzuka is our bogey track because it’s our second home. Still, we have to take the rough with the smooth: we haven’t been quick here, but we hope to be quicker at the next race.”

“There’s no point denying that we’re thoroughly disappointed, because we are.

“Having scored points with both cars last weekend in Malaysia, to finish 16th and 18th here in Japan is hard to take, frankly.

“However, such is the esprit de corps and will to win that now characterise all who work for both McLaren and Honda, as one unified racing force, that we’ll put this forgettable weekend behind us straight away and refocus our attentions and ambitions on the next race: the United States Grand Prix at Austin.

“But before we do so, I want to pay tribute to the Suzuka fans, who are amongst the most devoted and enthusiastic in the world. As ever, they came out in force today – many of them in support of their home team, McLaren-Honda – and we would dearly love to have been able to give them something better to cheer about than in the end we did.

“Next year we will.”

“We expected a difficult race today, as the results of Friday and Saturday were less than ideal, and the Suzuka circuit is a very difficult place at which to gain positions unless you start from a good grid slot.

“Also, we weren’t able to gain places at the start, so, for the majority of the race, both drivers had to battle at the back of the field, and weren’t close to the points-scoring positions.

“In this long F1 calendar, we have good and bad results that we have to cope with, but the results of this weekend were very disappointing, especially knowing that there were so many fans here to support us.

“We will accept the results today, analyse the data, regroup and hope to return to scoring points at the next race, in the USA.” 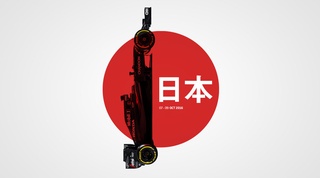