"As we saw in Azerbaijan, the developments that have been made to these turbo cars mean they’re now incredibly fast, and we’re going to see some serious speeds along the straights at Monza.

This is always such a quick race – it’s over in a flash – and while it’s not always the most enjoyable to race with such low grip, the feeling of speed is phenomenal."

"I love the notion of coming to a racetrack that’s distinctly different from the others. We saw that in Spa last weekend – it’s no secret that, along with places like Monaco, Singapore and Suzuka, it’s also one of the circuits that the fans most love – and Monza is no exception.

People often think that Monza is all about the straights, with tight, small corners – but that’s not really true: corners like the Lesmos, the Ascari chicane and Parabolica are big, fast corners that require precision and commitment. It’s a great track."

History lesson:
Monza has staged more world championship grands prix than any other circuit. It was built in 1922 by the Milan branch of the Italian Automobile Club and only once, in 1980, has the track not been on the F1 calendar. It’s located inside the walls of a royal park and it remains the fastest circuit on the calendar.

What makes the track unique:
The long straights. The cars exceed 320km/h (199mph) on four occasions around the lap, resulting in the highest average speed of the season – 255km/h (158mph).

Grip levels:
Low. Straight-line speed is vital at Monza, so the cars run in their lowest downforce configuration of the season. As a result, they produce less aerodynamic grip and become more of a handful to drive, especially under braking.

Run-off:
Average. Until the death of Wolfgang von Trips in 1961, Monza was a flat-out oval. In an effort to slow the cars, the layout was changed to a road course in ’62, and 10 years after that, the first chicane was added to slow the cars further. The most recent change in the name of safety was the addition of asphalt run-off at the exit of Parabolica in 2015.

Watch out for…:
Turn Seven, the second Lesmo. This is a deceptively fast right-hander (280km/h/174mph) and it’s vital to maintain a good exit speed because it’s followed by the second longest straight on the lap, along which the second DRS zone is located.

Italy's F1 heritage:
The country is steeped in racing history. Monza is the third oldest permanent circuit in the world, after Brooklands in the UK and Indianapolis in the USA, and Ferrari is the sport’s oldest team. Given such a long-standing passion for racing, it’s one of the great anomalies that there has been no Italian world champion since Alberto Ascari in 1953.

Sporting legacy:
Until 2006 there were often two grands prix in Italy, one at Imola and the other at Monza. Now there’s only one race, at Monza, and it’s usually a sell-out. There’s always a fabulous atmosphere in the grandstands, as exemplified by the enormous crowd under the podium at the end of the race.

Did you know?
Statistically, pole position is more important at Monza than at Monaco. The winner of the Italian Grand Prix has started from pole in 13 out of the last 17 races, compared to only 10 occasions in Monte Carlo.

Don’t forget:
McLaren has won the Italian Grand Prix 10 times, most recently in 2012. Fernando Alonso has won the race twice, in 2007 with McLaren, and again in 2010; Jenson Button has finished second on three occasions.

Fan zone:
Claire, aged 27, from London, asks: “How much work goes into the low downforce specification used at Monza?”

McLaren’s answer: “A bit of windtunnel time goes into perfecting the aero performance of the car, but not as much as in the past. Monza is now the only true low-downforce track of the year, and you cannot single out one race more than the others. A lot of work goes into brake cooling because you want the ducts to be as small as possible for aero purposes, but big enough to keep brake temperatures under control.”

“Obviously, I have plenty of happy memories of racing in Italy, and I’ve been fortunate enough to have been the subject of both the Tifosi’s approval – and also their disapproval! But they are some of the greatest fans in the world, and their passion is what makes coming to Monza each year such a legendary experience. In many ways, Monza traditionally brings the curtain down on one part of the season, and the beginning of another – so it’s always an exciting place.”

“What is there left to say about Monza? It’s a unique, incredible racetrack – I love that its history surrounds the place – you just can’t ignore it. I also love that unique blend of Italian passion – and chaos – that engulfs the weekend. It also signals the end of the European season – which seems to have disappeared in a flash – so it’s a time of year when you really start to narrow your focus before the final fly-aways.”

“As double-header races go, the Circuit de Spa-Francorchamps and Autodromo Nazionale di Monza are a pretty epic combination. Both are dauntingly fast, achingly beautiful motor racing arenas, where the sport’s giants have triumphed, and where some of the greatest stories in Formula 1 have been forged.

“After Spa, we head to Monza with the knowledge and understanding that it won’t play to the full strengths of our latest package, but keen to further demonstrate the progress we’ve recently been making. Monza is likely to be another tough test, but we’re confident of the momentum we’ve gathered, and it’ll be interesting to see where we stand at a venue that favours out-and-out power above anything else.

“Still, there’s a determination and vigour within all at McLaren-Honda to see out the European season competitively, and to continue fighting as we head into the end-of-year flyways.”

“Monza is a high-speed, power-hungry, classic and legendary track with the longest full throttle percentage per lap on the 2016 calendar. The long straights and the nature of the turns will undoubtedly give us a difficult time over the race weekend, but we cannot deny the strong pull Monza has for everyone in F1, including Honda. The fans are incredibly passionate about the sport, and the atmosphere is nothing short of electric come race day. It’s always a special feeling to be part of the pinnacle of racing in Italy.

“The team did a great job pulling our strengths together last weekend despite Spa being a challenging track, and with the reliability issues we faced. The team was tested many times, but owing to their hard work and perseverance, we had a decent weekend.

“We will continue to target finishing in the points in the race, however tough it may be this weekend. We’re still investigating the problem with Fernando's power units, but we’ll learn from our experiences and hopefully have another good weekend in Monza.” 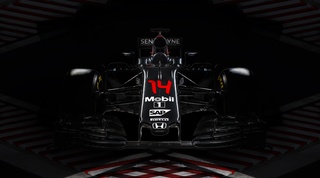