"A positive day and reasonably happy"

A busy first day’s practice at the fabled Pista Magica.

At the start of FP1, Jenson conducted a short installation run using the Halo – it was the first time the team has run the head protection system, which has been under development since the start of the year.

At the end of the morning session, Fernando’s car suffered a hydraulic leak, which took the entire lunchbreak to fix. Happily, his mechanics got the car back on the track less than half an hour into FP2.

Both drivers ran Pirelli’s development rubber, then conducted runs on the Option, Prime and Back-Up tyres.

“We didn’t have perfect reliability today – there are still some concerns here and there – but it wasn’t anything really significant, which is good news. Nonetheless, we need to take care of every last detail because we don’t want to lose out on scoring some points when it matters most.

“It was a positive day. We need to go away and look at what we’ve tested today – we ran some interesting prototype parts that are being evaluated for the future – but we’re reasonably happy.

“We didn’t expect to get both cars into the top 10 at a high-speed track like this, but we need to keep our feet on the ground as we know that we tend to slip back a little on Saturday afternoons.

“We wouldn’t realistically expect to get into Q3 tomorrow; so, if we do, it’ll be a nice surprise.”

“The halo trial this morning was okay – there were no major issues with it. Perhaps it could be a little more difficult to see the lights on the start-line and in the pit-stops, but there are still so many possibilities to move things around. It feels a little strange: at 200mph, instead of focusing on the next corner, you’re focusing on something dead ahead of your eyes – which can make you a little cross-eyed.

“It could be possible to get into Q3 tomorrow: we didn’t do anything different today to what we normally do on a Friday, so it’s definitely possible. The car’s working reasonably well – I’m pretty happy. Long-run pace still needs some work if we’re to fight for points, but if we can get on top of it, we should be looking all right.”

“It’s always a fantastic feeling to be here in Italy in late summer, and at Monza – one of the greatest and most historic racetracks in the world.

“Both drivers enjoyed a relatively smooth day – Fernando had a small hydraulic leak right at the end of FP1, which minimally impacted on the start of his afternoon programme. Then he had a minor clutch issue once the car had been rebuilt and sent back out on the track – but both were routinely resolved.

“It was interesting to get the opportunity to test the halo for the first time. We ran it on Jenson’s car, for a short run at the start of FP1, and, aside from a couple of minor observations, he didn’t report any drawbacks with it. As we know, it’s still in development, and McLaren will play its role in providing feedback to the FIA and the Technical Working Group as it’s refined ahead of its introduction in 2018.”

“Both of today’s free practice sessions were very busy, focusing on matching the balance of the car with the low downforce set-up and the power unit, and adapting to the fast circuit of Monza.

“On the final lap of FP1, Fernando’s gears would not engage due to a hydraulic leak on a connector. We replaced this small part between the two free practice sessions, and, owing to the swift work of the mechanics, we were able to get him out for another busy running session in FP2 with only a slight delay.

“As it is with every Friday, it is hard to determine our performance in comparison to other teams, but it was a good sign to be able to stay within the middle of the pack on this power circuit. We gathered lots of information today, so we will work hard to analyse and apply to the power unit for tomorrow’s final practice session and qualifying. 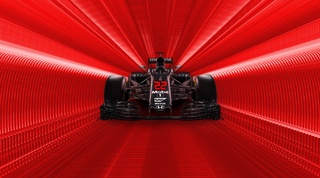