"I couldn’t have wished for anything better"

Neither McLaren-Honda finished in the points at Monza this afternoon, despite spirited scraps from both drivers throughout the race.

Jenson’s afternoon was compromised by a messy first lap, but he recovered brilliantly, putting his head down to carve back through the field and finish on the tail of 11th-placed Romain Grosjean.

Fernando made a strong start, but was delayed by a pit-stop traffic-light issue at his first stop. He was passed by Jenson, who ran a set of Options in his third stint as opposed to Fernando’s set of Primes, then elected to make a late stop to fit a set of Options. He enlivened a somewhat uneventful afternoon by blasted away to set the fastest lap of the race.

Another notable landmark was achieved today: our timing system measured a 2.15s stop for Fernando on lap 33, our fastest-ever tyre stop.

“We didn’t do a perfect race today – we made some mistakes here and there, including having a problem in the first pit stop, when the green light didn’t work. We lost a little bit of time there which probably compromised the stint.

“We didn’t really have the pace to be in the points today, so finishing 11th or 14th didn’t really make much of a difference. But at least we finished the race on a positive note, by setting the fastest lap.

“We fitted new tyres for the last two laps and I just went out and maximised the grip. It doesn’t make for much difference – it’s only good for the stats – as we were basically never in the running for points today.

“This was a circuit where we always knew we wouldn’t be competitive, but I think good times are coming our way from now on, as most of the remaining tracks on the calendar should better suit our car.”

“There were a few mistakes on the first lap. I got a bad start, then, at the first Lesmo, one of the Saubers pushed me wide, then forced me off the circuit and into the gravel. I was last at the end of the first lap…

“After that, I couldn’t have wished for anything better: I had a lot of fun out there and pulled off some good overtaking moves, including one around the outside of Parabolica – something that doesn’t happen very often!

“I’m very happy with my performance. To come through and finish 12th isn’t great, but it wasn’t too bad considering the first lap. There’ll always be ifs and buts: if I hadn’t gone off on the first lap, I think we could have got into the points today.

“Singapore will definitely suit us better than here – this is our toughest circuit of the year, so to be that close to the top 10 wasn’t too bad, really.”

“We always knew that Monza was going to be one of the toughest races of the year for us from an overall car performance point of view, so the fact that we finished 12th and 14th today isn’t a surprise.

“Having said that, both our cars ran flawlessly, reliable from lights to flag, and our race pace was reasonable throughout.

“Jenson and Fernando had a good dice at one point – hard but fair – and I’m sure their battle must have made for great viewing for TV viewers and grandstand spectators alike. It sometimes looked a little too close for complete comfort from our pit-wall, but McLaren always lets its drivers race, and rightly so. After all, our drivers are both super-experienced professionals and they know exactly what they’re doing. Equally, we may be a very serious and focused organisation, but we should never forget that we’re also in the entertainment business.

“Talking of entertainment, we were happy to allow Fernando to make an extra pit-stop and take on a new set of Supersoft tyres just before the end of the race, the result of which was that he was able to record the afternoon’s fastest lap – the 22nd of his Formula 1 career.

“Next we go to Singapore, a diametrically different kind of racetrack. We’re always aware of the danger of over-promising, so I won’t do so; but it’s likely that the twisty streets of Marina Bay will suit our car rather better than the wide-open curves and flat-out straights of the Autodromo di Monza have this afternoon.

“We’ll be gunning for points, make no mistake about that.”

“As we expected, this was a difficult race.

“We definitely saw improvement and stability in race pace from our qualifying, although we still weren’t able to challenge the teams ahead of us.

“It was unfortunate that we couldn’t finish in the points today, but we showed potential to do so. Both the drivers and the team did a great job, and I think we had a good race at a tough circuit, so I’m not unhappy.

“We’re already looking forward to the next race where we hope we can have a better result.” 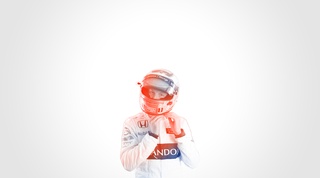