"I think every racing driver enjoys racing at Interlagos. It’s obviously a special place, and we saw at the last race just how important it is to have packed grandstands full of passionate fans – and Brazil is no different. For such a short lap, the track has a great flow – from the moment you cross the start-finish line, you plunge into the esses and then sweep down into the bottom of the venue’s natural bowl.

"Even with a couple of hairpins, it doesn’t really feel like any of the corners interrupt the flow around here, which means that, at the end of each lap, you’re already fully committed to attacking it again. I love this place."

"The Interlagos circuit has a bit of – how can I put it? – ‘muscle’. It’s a place that you really attack – and it’s really enjoyable, particularly when the front-end is properly nailed. A corner like Ferradura is really satisfying when you get it right; you really commit at the corner entry, barely scrubbing off any speed, and then sort of guide the car through until it rolls out of the second apex up onto the apex kerb.

"It’s great. Even the hairpins require a really attacking style, you can take lots of kerb, and there’s no run-off at the exits. It’s how a racetrack should be, really."

History lesson:
There have been two iterations of the Interlagos circuit. When it first hosted the Brazilian Grand Prix in 1973, it was a 7.960km/4.946-mile roller-coaster ride around the side of the natural bowl in which the track is located. It was shortened and modernised following a $15 million injection in the late ’80s and the current layout has staged the Brazilian Grand Prix every year since 1990.

What makes the track unique:
Bumps. The track was built on marshland between two lakes, hence the name ‘Interlagos’, and its soft foundations mean bumps appear over time. The track was re-surfaced two years ago, but the new surface is already becoming increasingly bumpy.

Grip levels:
High. The cars immediately circulated close to lap record pace when the new asphalt was laid two years ago and grip levels improve over time when small cracks appear in the surface. The drivers are expecting good levels of grip this weekend.

Run-off:
Medium. The proximity of surrounding roads and houses means it hasn’t been possible to push back the barriers as far as might be conventional at a new circuit. But there’s ample run-off at the fastest points on the lap – on the approaches to Turns One and Four.

Watch out for…:
Changeable weather conditions. Should it rain, the undulating nature of the circuit means rivers form very quickly at various points around the lap. The depth of water is particularly bad at the exit of Turn Three, where lots of cars have spun off in the past.

Slogan:
The race has no official slogan.

Brazil's F1 heritage:
There have been 30 Brazilian F1 drivers, including three multiple world champions – Emerson Fittipaldi, Nelson Piquet and Ayrton Senna. It was the popularity of Fittipaldi, who won his first world title in 1972, that was the driving force behind the inaugural Brazilian Grand Prix at Interlagos in 1973. The race has been a permanent fixture on the F1 calendar ever since.

Smallest winning margin:
0.588s, in 2002. The third race of the season, but the first at which Ferrari took its 2002-spec car. Michael Schumacher and pole-sitter Juan Pablo Montoya collided at the start, handing Schumacher the lead. The German then surprised the field by one-stopping and there was nothing brother Ralf, who two-stopped, could do to pass him in the closing laps.

Sporting legacy:
Football is the most ubiquitous sport in Brazil and the country has hosted the World Cup twice, most recently in 2014. But its presence on the international sporting stage was cemented last summer at the Rio Olympics, where Brazil finished 13th in the medals table. However, it was with some sadness that we learnt the Jacarepaguá circuit, home to the Brazilian Grand Prix on 10 occasions, was built on to house the Olympic village.

Did you know?
For five consecutive years, from 2005-’09 inclusive, the drivers’ world title was decided at the Brazilian GP. If Nico Rosberg wins this year’s race, the same will be true in 2016.

Fan zone:
Connie, aged 37, from Toronto, asks: “How does the anti-clockwise direction of Interlagos affect the drivers?”

McLaren’s answer: “It places the muscles on the left side of the neck under extreme stress, although the effects will be felt less in 2016 because there are several anti-clockwise tracks on the calendar. The Circuit of The Americas, two races ago, was a left-handed track and will have helped to condition the neck muscles. Having said that, the high-G left-hand sweep towards the start-finish line at Interlagos presents a unique challenge for which the drivers will have to train specifically.”

"Sitting on the grid ahead of the race is one of those unique Formula 1 sensations: the crowd seems to loom over you; really in your face, very close.

"The atmosphere and intensity are always amazing. After a disappointing weekend in Mexico, I think we’ll be looking to bounce back in Brazil. One of our aims will be to make the most of practice and qualifying, and give ourselves the best chance of maintaining a better position during the race.”

"I love Interlagos and I’m really excited about the weekend. There’s been some absolutely classic Formula 1 races there and it’s always a good climax toward the end of the season.

"I hope we can have a better result there than we did in Mexico and work towards getting back into the points. There’s only two races left so we’ll be giving it our all for the awesome Brazilian fans. The atmosphere at Interlagos is always something special, so we’ll go out there and show them a great weekend of racing.” 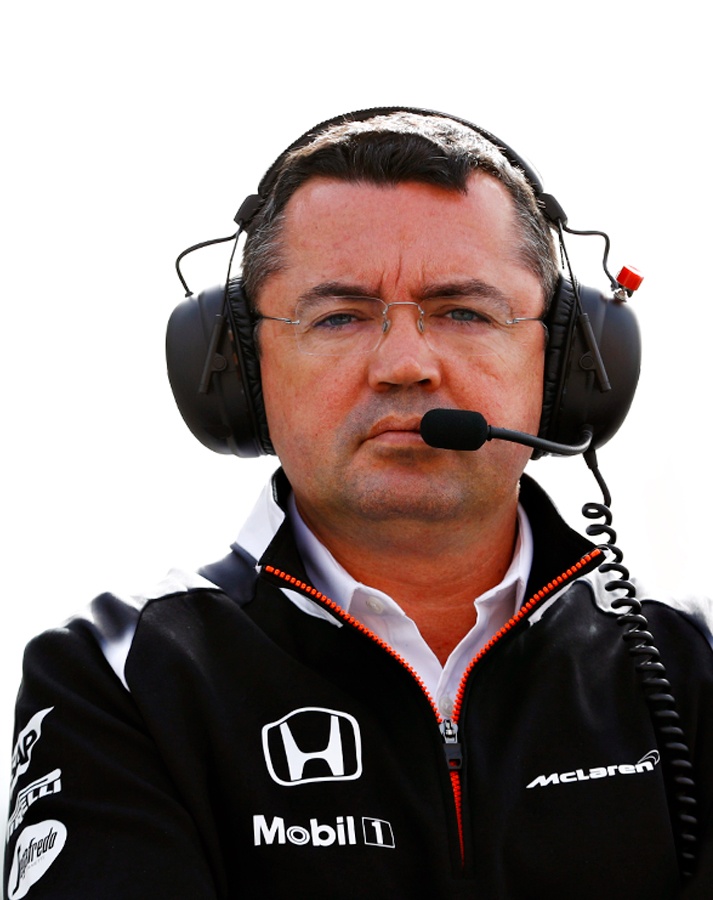 “Over the past few races, we’ve seen that our form has fluctuated due to a variety of circuit-specific characteristics. We’re working hard to iron out these differences from track-to-track, but it’s inevitable that some circuits will suit our package’s strengths better than others.

“Interlagos is a real test of car and driver and often we see the best drivers shine there. It demands a lot from them, and at this time of year the circuit is notorious for tricky driving conditions if it rains, especially on the many off-camber areas of the track.

“Along with the backdrop of São Paulo, the incredibly enthusiastic Brazilian fans and the undulating nature of the circuit all make for great racing and one of the most exciting grands prix of the year. McLaren has seen a great deal of success in Brazil – both Fernando and Jenson clinched their world titles there – and it’s a special place for our team. Interlagos rightfully deserves its legendary status on the calendar and we’re aiming for a positive weekend at this incredible venue.”

“The Brazilian Grand Prix is always a special place for Honda due to our history with the great Ayrton Senna. We receive a warm welcome from the local fans every time we go there and that has always been the power that fuels us over the weekend.

"The classic track at Interlagos, however, is a challenging one. The swooping corners and the consecutive quick elevation changes make for beautiful scenery, but these turns ask a lot of the car balance. The track is also narrow, and the infield section is slow and twisty, so overtaking is always going to be difficult.

“Last year, we made more noise in qualifying with Fernando on social media than we did on the track. This year, we know that we can show our progress to our fans in Brazil with a better performance, and we're hoping for a good weekend of racing." 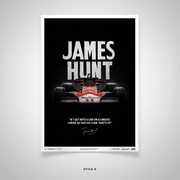