"We were aiming for something better today"

It was at the final restart, on lap 55, that Fernando dropped out of the top 10 after spinning at Turn 13. His combat drive from the back of the field was stunning, netting 10th position on the penultimate lap.

Jenson struggled in the conditions, still unhappy with the balance of his car following yesterday’s qualifying sessions. Regardless of whichever tyre he chose, he couldn’t get the rear-end to work, and finished 16th.

“I think we were aiming for something better today.

“I started 10th and finished 10th, and there were some retirements in front of me, so we definitely didn’t take some of the opportunities that presented themselves out there.

“The conditions were extremely difficult today. Sometimes it was just enough to keep the car on track. There was very poor visibility and the drainage on the circuit wasn’t great – I had some aquaplaning which made it hard to push the car and close the gap ahead.

“In the end, we scored one point. Hopefully, in Abu Dhabi we can finish the season on a high.”

“After today’s race, we need to go back to the factory and work out what it is that’s wrong with the car.

“During Friday practice, it was working really well; I was comfortable with the car and in the high-speed corners we had a strong rear-end. Yesterday, it wasn’t working, and today it was further exaggerated by the conditions.

“In terms of the restarts, those were very difficult conditions in which to judge what’s right and what’s wrong, but nobody was injured – and that’s the most important thing.

“Finishing last is unusual for me in conditions like these – so there’s definitely something wrong. I don’t think I’ve forgotten how to drive in the wet…”

“For McLaren-Honda, this was largely a race to forget. For Formula 1 as a sport, it’s a race from which we can learn in order to improve the show for future wet-weather races.

“Unfortunately for us, neither driver was truly able to seize the moment – Fernando drove bravely to run inside the top 10 for much of the race, then a lap-56 spin at Turn 13 dropped him to the back of the field. His comeback drive to 10th – passing seven cars in 15 laps – was brilliant, and displayed all his speed, bravery and commitment.

“Jenson was unable to rid himself of the handling imbalance he encountered yesterday, and struggled to find any rear grip in the tricky conditions. We will go away and examine what went wrong for him.”

"The rain that continued to fall throughout the day forced the Brazilian GP to be the toughest survival race of the year so far. Fernando unfortunately spun after the restart of the last safety car period, and dropped to nearly the back of the grid, but after a stunning charge, finished 10th to claim the final championship point of the race.

“As with yesterday, Jenson continued to struggle with the balance of his car, and with the poor track conditions, could not improve on this during his race.

“Putting the results aside, I am in awe of the courage and the driving techniques of all the drivers on the grid today. It was a nail-biting race.” 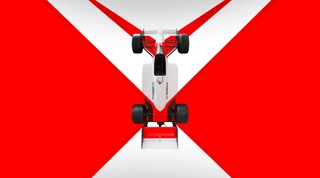