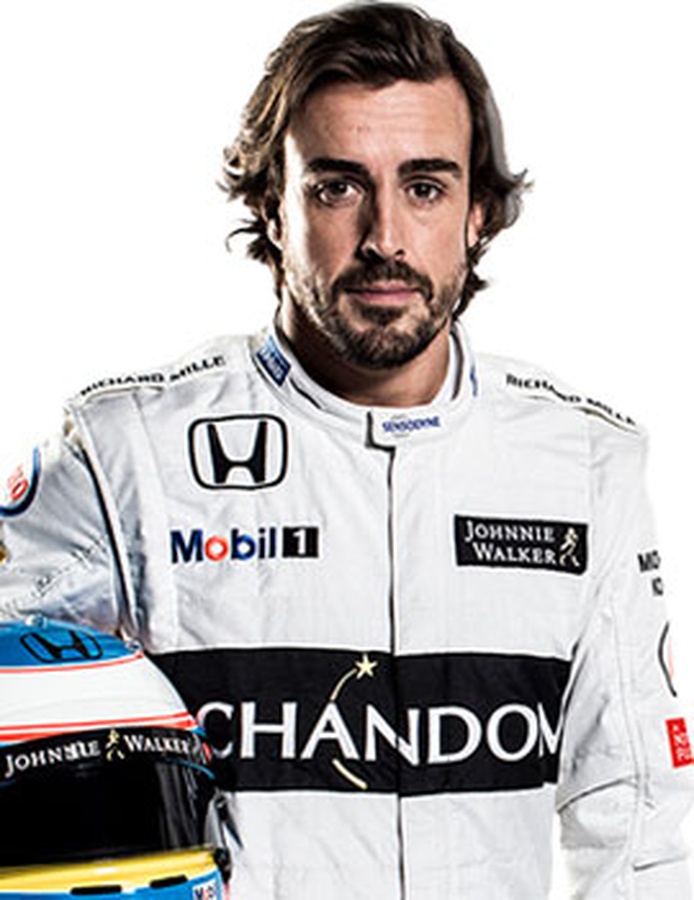 "Spa is an incredible circuit that definitely deserves its reputation as a legendary place to go racing. You have to have a strong package there, in terms of performance and reliability. More than 70 per cent of the lap is spent at full throttle, which will be a challenge in itself, but we’ve shown over the past few races that even on the circuits that statistically should be difficult for us, we’ve worked hard and surprised ourselves with our level of performance relative to our competitors.

“It’s a long lap, with two very high-speed sections and a twistier section, so we have to find the right balance between the two to get the best car set-up. We’re seeing good correlation between the data back at base and in the car on track, so I hope we can continue our momentum and get the maximum out of the weekend. This circuit is always a tough challenge for car and driver but if we can pull all the elements together we can enjoy a positive weekend. It won’t be an easy race, but as always we’ll be pushing for points as hard as we can.” 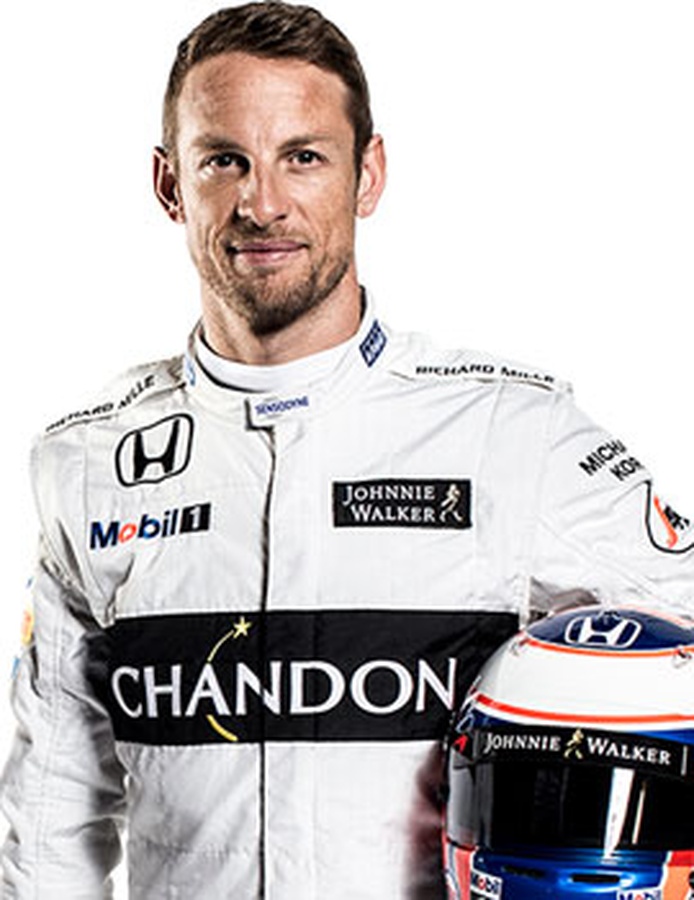 “I love Spa! Eau Rouge is one of those fabled corners that drivers and fans always talk about – but it really is that special. The feeling of the sweep uphill through the corners is just awesome, every time. As well as being the longest circuit on the calendar, it also has an average speed of 230km/h (143mph) so it’s pretty quick! That means it’s pretty brutal on the cars – you’re at full throttle for almost three-quarters of the lap – so all the team and drivers will be working hard to manage all the different aspects of the car and react quickly to anything that crops up during the race.

“The important thing, as always, is reliability, and because of the nature of the Spa circuit it tends to be a race of attrition. The guys and girls back at MTC and also in Sakura are working hard to keep pushing the limits of our package, and I hope we can enjoy a smooth race from that point of view. I’ve always loved Spa right from the early days of my career – it still feels mega with every lap you do and never fails to put a smile on my face. It’s easily one of the best circuits on the calendar and definitely one of my favourites, so let’s see what we can do – I hope we can have a solid weekend.”

History lesson:
Spa-Francorchamps is one of only four tracks on this year’s calendar to have featured on the inaugural world championship calendar in 1950. The original circuit was fast and long (14kms/8.7 miles); the modern iteration of the track (7kms/4.3 miles) was opened in 1983 and features many of the original corners such as La Source, Eau Rouge, Stavelot and Blanchimont.

What makes the track unique:
The long straights and fast corners. There are plenty of both, which combine to produce one of the fastest average speeds of the year – 235km/h (146mph).

Grip levels:
Medium. The asphalt isn’t abrasive and, despite the number of high-speed corners, Pirelli is able to take some of its softer tyre compounds to the race.

Run-off:
When the track re-opened in 1983, it was deemed to have acres of run-off. Other tracks have since caught up in terms of safety and Spa is now considered to have an average amount of run-off.

Watch out for…:
Turns Three & Four, Eau Rouge. This high-speed flick up the side of a hill has featured on every iteration of Spa-Francorchamps’ challenging layout and it’s always been fast. The cars approach the corner at 300km/h (186mph) and they endure a 1.7g compression at the bottom before heading up the hill.

Slogan:
There is no official slogan for the Belgian Grand Prix, but it’s one of the most historic races in F1. It featured on the inaugural world championship calendar in 1950.

Belgium's F1 heritage:
This is the 61st world championship Belgian Grand Prix and the 49th to be staged at Spa-Francorchamps. The track was first opened in 1921 and in ’25 it staged the European GP, which was won by Antonio Ascari, father of future world champion Alberto. The most successful Belgian driver in history is Jacky Ickx, who won eight grands prix and twice finished runner-up in the world championship standings.

Did you know?
It was at Spa, in 1997, that F1’s first Safety Car start took place.It's also the home race of McLaren-Honda’s reserve driver, Stoffel Vandoorne.

Fan zone:
Jacques, aged 18, from Liege, asks: “After the three-week summer break, how challenging is it to return to business at one of the most challenging circuits in the world?”

McLaren’s answer: “Undoubtedly, Spa-Francorchamps is one of the great circuits in F1. But our preparation is the same for every race, irrespective of the challenge; the only difference for Spa is that much of the preparation work was done three weeks ago, before the factory shut-down.

“It’s time to go racing again! I’ve enjoyed the summer break, spent some time with my family in Asturias and at my kart circuit, enjoyed a break in California and managed to fit in some training too, so it’s been well spent. It’s also been a good opportunity to reflect on the first half of the year, the progress we’ve made, and channel our energy into the second half of the season. As a team, we’re getting stronger and stronger, and I’m looking forward to getting going again.

“Spa is a great challenge and the perfect venue to come to after the summer break. I feel refreshed and raring to go, and ready to take on the incredible twists and turns of this legendary track. There’s a lot to think about at this circuit: strategy, tyres, fuel, power unit management, and then there’s the weather. This is the sort of circuit that always throws up something unpredictable and there’s usually some drama during the race, so I hope we can fight hard and take advantage of any situation that comes our way.”

“Spa is one of those legendary classics. It fully deserves its reputation as one of the great circuits on the calendar, and it never fails to provide great racing year after year. I often stay in my motorhome next to the circuit at European races. Spa is one of those special places where the atmosphere is incredible – the fans are really passionate and flock from all over, and everyone is itching to see the F1 cars scream past them and race wheel-to-wheel after a few weeks off.

“I’m looking forward to getting back in the car. The summer break has been great – a chance to rest, recharge and spend time with friends and family. I spent most of it in the United States, but still managed to keep up with Team GB’s efforts in the Olympics – incredible! It’s been a great summer of sport and I’m hoping for more positive results as we start the second half of the season. There’s a lot to work on, but we are all pushing hard together towards the same goals, and fighting for more progress. Spa is a great place to get going again, and I can’t wait to get started.”

“Spa-Francorchamps is a very special race for us, for a number of reasons. It’s the venue where McLaren took its first ever grand prix win at the hands of our founder Bruce McLaren, in 1968. It’s also the home race for our reserve driver, Stoffel Vandoorne, who is sure to have a busy weekend there. Its legacy is richly deserved, a classic circuit with an impressive heritage and a track layout that’s the stuff of legends. The circuit is a huge test of both car and driver, and an incredible spectacle for the thousands of fans that travel there from all over Europe.

“The whole team has had a well-deserved break after the gruelling schedule of 12 races since the start of the season. We are now just over half way through, and ready to fight again to achieve our end-of-season goals. The midfield pack is particularly close, and each team is stronger on different circuits, so there’ll be no let-up in in how hard we push or the developments we bring to the car in our bid to continue our progress through the rest of the season and into next year.

“Together, McLaren-Honda is continuing to push hard, and everything we bring to the car – be it on the chassis or power unit side – is valuable learning for next year. We’ve enjoyed a couple of weeks away from Formula 1, but our ambition is as strong as ever, and we’re definitely ready to go racing again!”

“After a hard-earned summer break, it’s exciting to start the latter half of the season at such a magnificent track as Circuit de Spa-Francorchamps. This track is as beautiful as it is challenging – probably one of the most challenging circuits on the current F1 calendar. The steep uphill of Eau Rouge to Raidillon, and the fast technical downhill to Stavelot will especially require the ultimate combination of power, car balance and driver performance.

“Though the long and power-hungry nature of Spa won’t suit us, our target for the remainder of the season is clear: to aim for championship points and take further steps forward with each race. We hope that we can continue our positive momentum that we had before the summer shutdown and look to another strong weekend in Spa.” 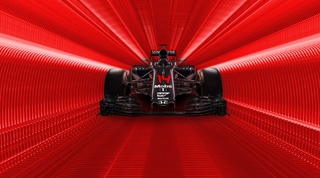