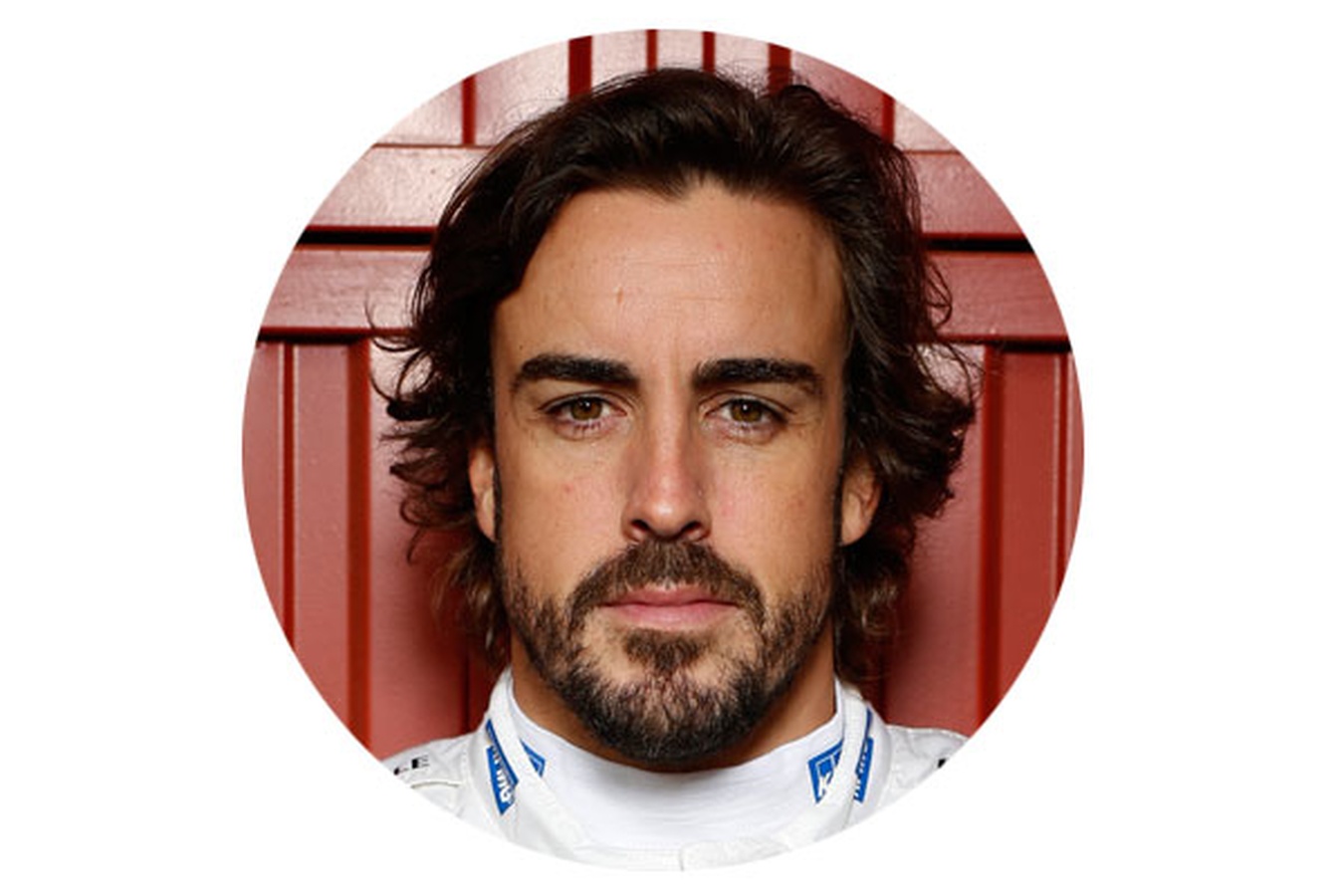 “Firstly, I’m very pleased to be heading to Bahrain after the crash in Australia. I’ve spent some time resting and I can’t wait to get back in the car. Although on paper Melbourne wasn’t a great race for us, before the crash I’d been having some good battles and the car felt pretty promising, so I hope in Bahrain we can experience more of the same.

“I really enjoy racing in Bahrain. It’s been a good circuit for me in the past – I’ve had three victories there – and there are quite a few good opportunities to overtake. There are lots of variables to think about and it’s one of the longest races, which usually produces some kind of drama. Hopefully we can enjoy some close racing and keep ourselves out of trouble.” 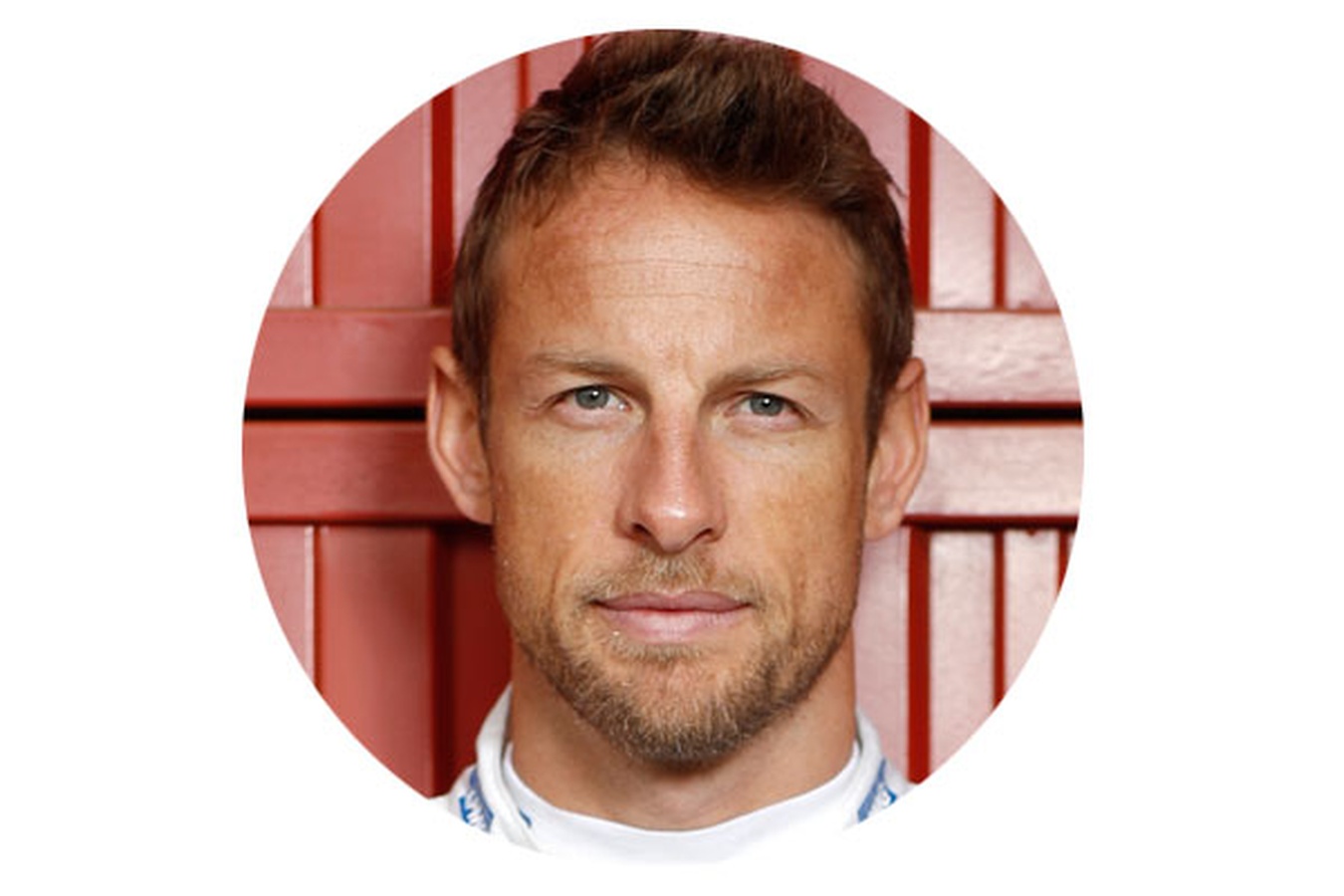 “Bahrain is a fun track to drive on and very different from Albert Park in its configuration. It’s tough on brakes and fuel, and good balance is key to putting together a lap, as you need downforce on the long, fast straights and then stability and traction through the lower-speed corners. It’s a more extreme version of Australia in many ways, with the track starting off very dirty and rubbering in over the weekend. While that makes the track faster, we also have to juggle the rapidly cooling temperatures on race day after the sun sets.

“I’m really keen to get back behind the wheel, as, although it didn’t show in our results from Australia, our package felt very good to drive and the team worked really hard to bring a step forward in driveability from testing to the first race. Bahrain is definitely a tricky track for us as it’s high-speed, but we have a solid platform and improved deployment, so there are some positives to look forward to.”

History lesson: Bahrain was the first Middle Eastern nation to host a grand prix. The $150 million Bahrain International Circuit took 18 months to build and, coincidentally, McLaren-Honda’s Jenson Button was the first F1 driver to visit the facility during the build process in 2003. The start time of the race was moved back to 18:00pm (local time) in 2014, thereby becoming F1’s second night race.

What makes the track unique: The combination of long straights and slow corners. Car set-up is a delicate compromise between straight-line speed and slow-corner grip, and special consideration has to be given to cooling because this is the first hot race of the year.

Grip levels: Low. The track isn’t used much during the year and when you combine that fact with the circuit’s desert location, grip levels can be very low early in the weekend. The asphalt is initially very dusty and slippery, but lap times improve dramatically once the cars start to circulate.

Run-off: Substantial, which is why track limits are a factor here. At no point around the racetrack is a driver permitted to place all four wheels beyond the white lines lining the edge of the asphalt, or they risk punishment from the FIA.

Watch out for…: The track temperature. The race starts just after sunset, which means the asphalt cools dramatically during the course of the race.

Slogan: “On the edge of action”

Bahrain’s F1 heritage: This is the 11th Bahrain Grand Prix, which makes it a relative newcomer to the World Championship. The BIC was the second F1 track to be designed in its entirety by Hermann Tilke, the first being Sepang in Malaysia, and it moved the goalposts in terms of safety because the amount of run-off was unprecedented at the time.

Smallest winning margin: 1.085s, in 2014. A late-race Safety Car period bunched up the field and the Mercedes drivers tripped over each other all the way to the flag, Lewis Hamilton coming home just ahead of team-mate Nico Rosberg.

Sporting legacy: Bahrain has a growing sporting infrastructure. The Bahraini Premier League features 10 professional football clubs; there’s also a professional basketball league, and Endurance Horse Racing is a favourite pastime of the Crown Prince. However, the popularity of motorsport is growing thanks to the presence of the Bahrain International Circuit, the Kingdom’s only permanent racetrack.

Did you know? The first oil well in the Middle East was discovered in Bahrain, in 1931.

Don’t forget: McLaren-Honda driver Fernando Alonso has won the Bahrain Grand Prix three times, which is more than any other driver.

Fan zone: Jonathan, aged nine, from Melbourne, Australia asks: “How do the cars travel from Australia to Bahrain?”

McLaren’s answer: “All of our trackside equipment, including the cars raced by Fernando and Jenson, travelled by plane from Melbourne to Bahrain. It amounts to a total of 40 tonnes of air freight.” 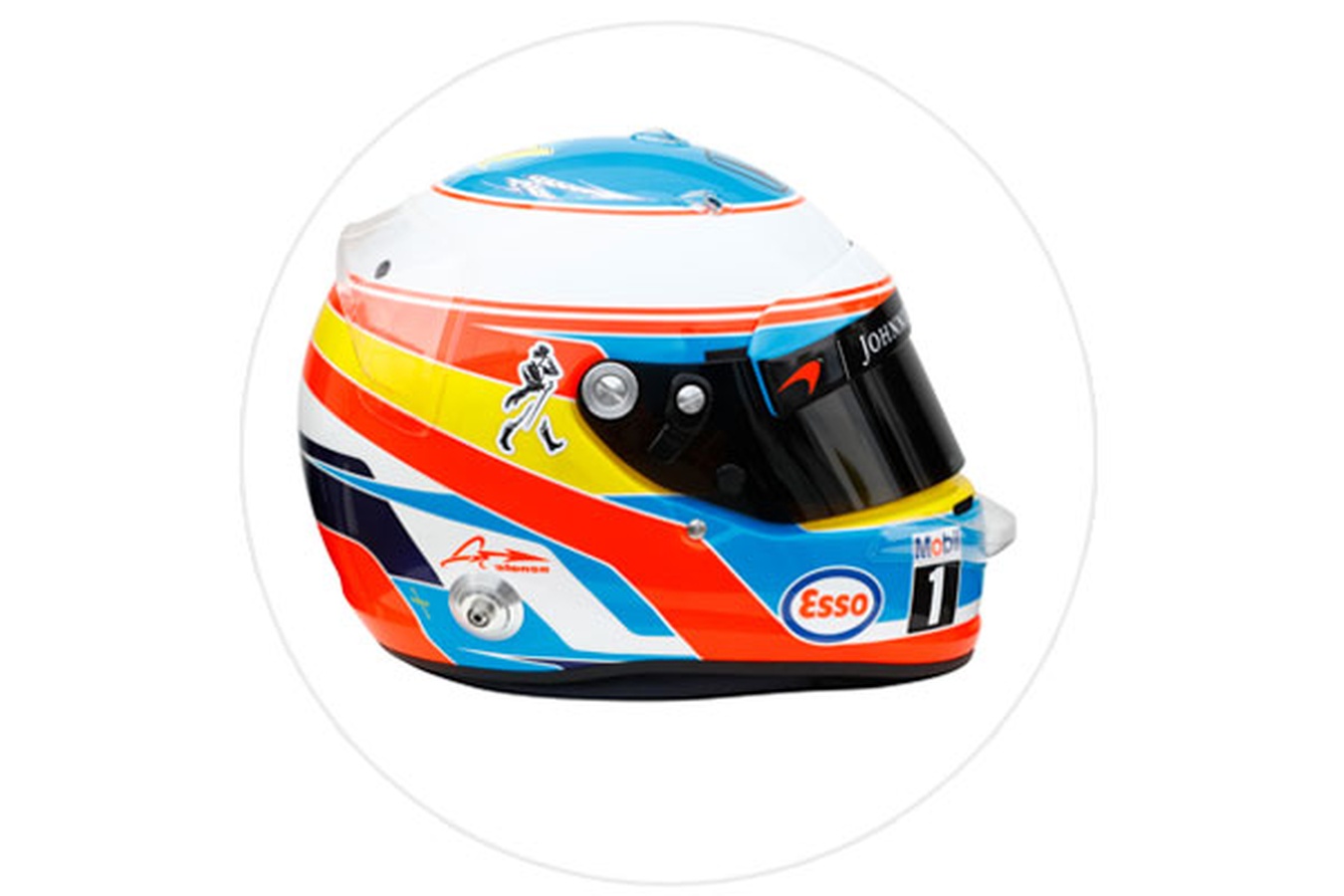 “In testing and in Melbourne we’ve had good reliability, which proves how hard the team has worked to make our package stronger. There’s also been a massive effort from the teams in Woking and Sakura, who have been flat-out manufacturing parts for this race to ensure we can get back up to speed after the chassis was damaged, and I’m hugely impressed with how quickly they’ve managed to turn it around. We’re still pushing to bring upgrades to each race, so providing we can get everything to the car in time we’ll be aiming to get as much track time as possible with the new chassis from the start of free practice.

“Living in Dubai, I’m used to the climate in the Middle East, and racing in different temperatures over the weekend, as well as managing the car’s performance over a long race distance in tough conditions, brings another level to the challenge for the drivers. I’m looking forward to seeing what our package is capable of at what has previously been a pretty challenging circuit for us” 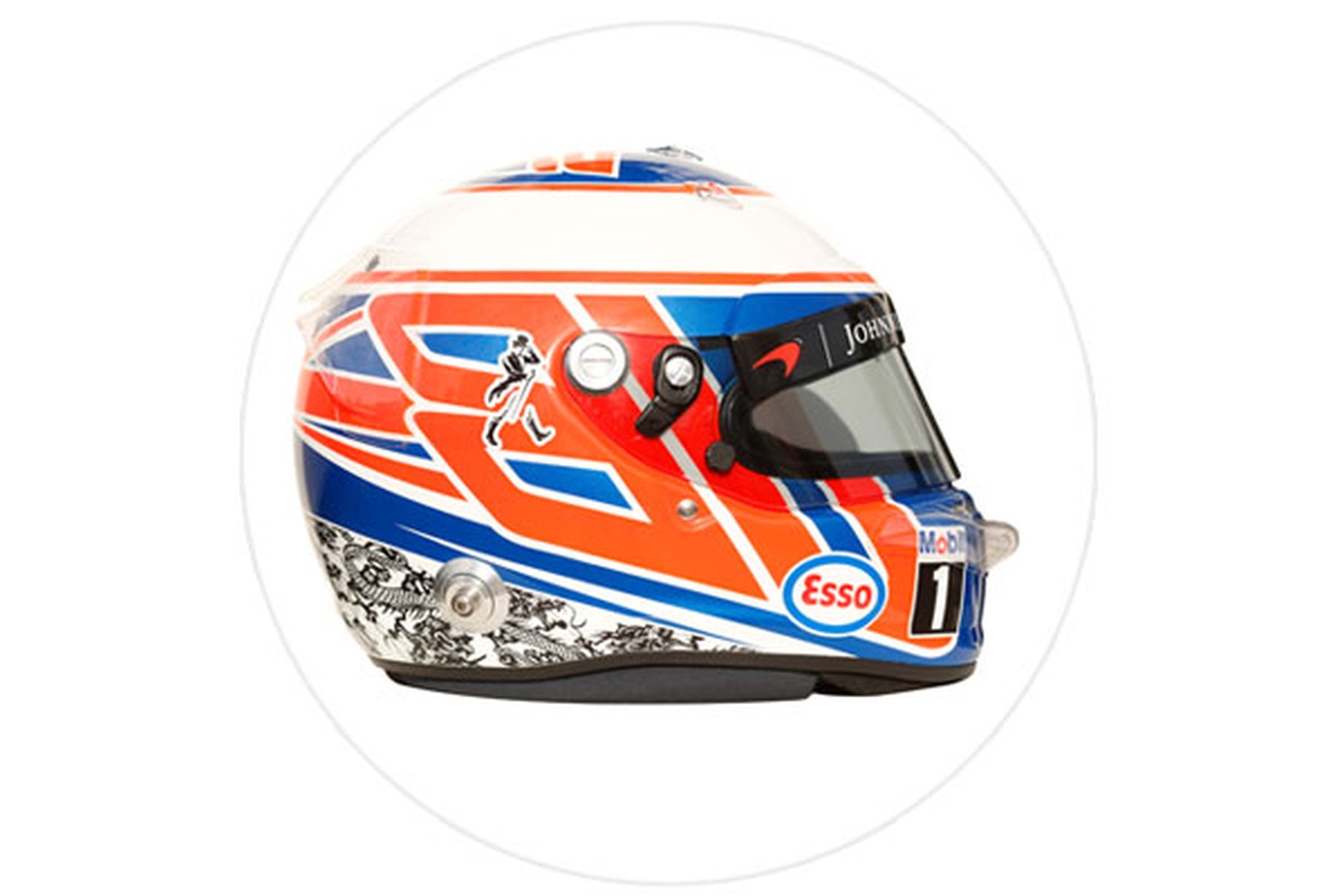 “We made a couple of misjudgements on the strategy side in Melbourne, but it’s all part of the learning curve with the new tyre compound rules. Together with the engineers we’ve studied the data and hopefully we can make some good calls in Bahrain, pull together the various stages of the race and achieve a more representative result.

“The landscape of racing in the desert after sunset is always really special and brings a new dimension to the spectacle. Everything in Bahrain is always very slick and it’s an impressive place to be. My win there in 2009 is still a great memory and the wide track and run-off areas mean it’s a fun circuit on which to battle. I hope we can mix it with the midfield pack – it’s a very competitive area of the field – so we’ll be pushing hard to get the maximum from our package as soon as we can.” 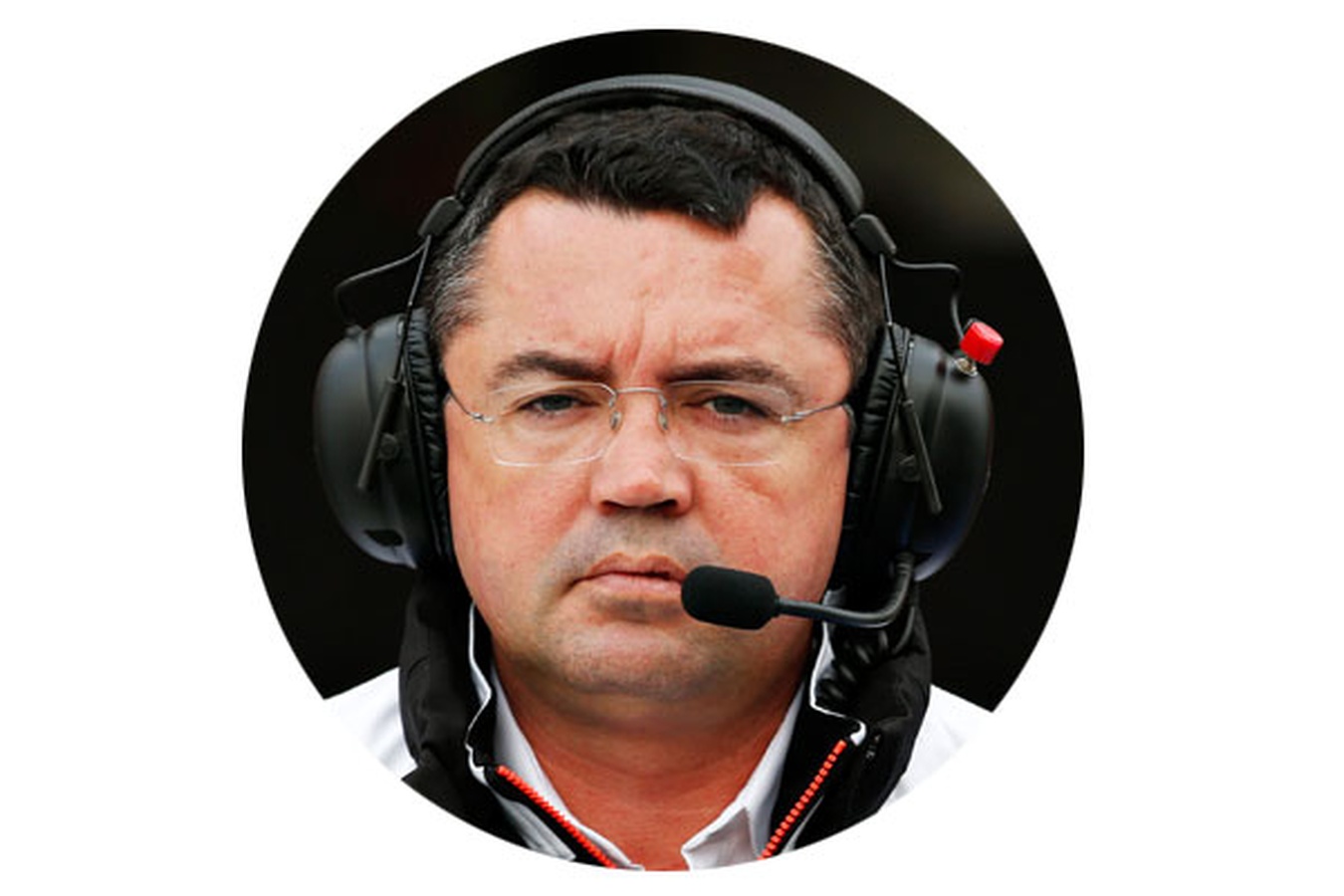 “The race in Australia was certainly an eventful one for McLaren-Honda. First of all, I was very happy to see Fernando walk away after such a heart-stopping incident. In addition, I’d like to say a huge thank you to all our McLaren and Honda employees for the incredible efforts going on behind the scenes to get the spare chassis built and ready to race next weekend. It’s a truly remarkable achievement in between flyaway races, and a testament to our incredibly strong teamwork.

“We’re certainly hoping for a less dramatic race in Bahrain, and will be aiming to build on the promising initial data we’ve collected from our car, which shows a definite improvement in pace from last year’s package. There’s still much more potential to unlock and performance to find, but the encouraging leap made from testing to Melbourne has shown what’s possible, and we will keep pushing to improve our pace and develop our strengths by continuing to bring updates to the car at every race.

“The Bahrain Grand Prix has become something of a home race for us, and we’re very proud to be racing in front of our shareholders and enthusiastic fans. The spectacle of the Bahrain International Circuit is something very special. Racing under floodlights always creates a unique atmosphere and the fans get to enjoy action on track in completely different settings over the course of the weekend. For the engineers, it’s a battle to juggle many different constraints – temperatures, track surfaces, brake wear, tyres, fuel consumption – and we’ve already learned a lot about how our car performs in different conditions from Melbourne, which we’ll be putting to good use. In Bahrain we’ll be looking to discover our true pace and put our package to work in the tough desert conditions.” 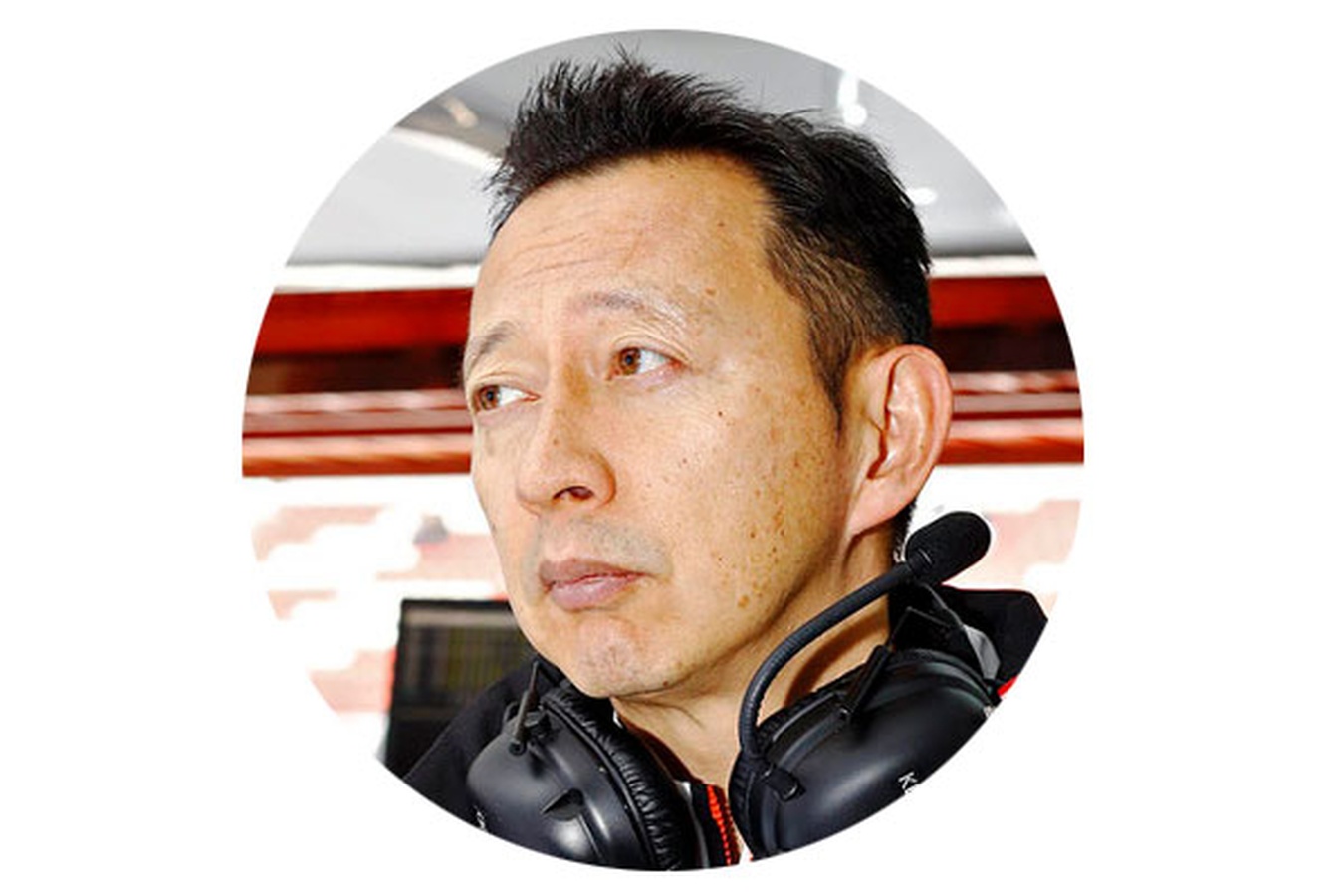 "After a chaotic Australian weekend, we head off to our first night race of the season in Bahrain.

“We have recovered the power unit from Fernando’s car used in Melbourne. After initial investigation, we are massively disappointed that the ICE and most of the surrounding parts have been heavily damaged, as the impact from the accident was just too great. We will be replacing the complete power unit in Bahrain.

“Looking forward, Bahrain’s sunny and dry weather will hopefully ensure us that we have plenty of clean running. The two long front and back straights of the track will be strenuous on the power units so we will make most of the practice sessions to set-up the car. It is evident that we still need to increase our performance, but thankfully we were able to learn more about where we are and how to progress from the data collected in Melbourne.” 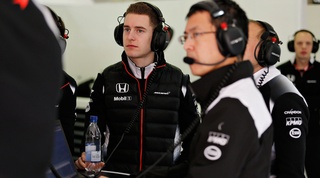