Albert Park, Melbourne is the perfect venue to begin the new Formula 1 season. The Australian Grand Prix offers, in no particular order, a large and informed crowd, a stern test of driver and machinery and, after a dark northern hemisphere winter, the chance for Formula 1 teams and personnel to reacquaint themselves with sunshine. After a tough winter testing programme, everyone is very happy to arrive in the Victorian capital and see racing resume.

The most obvious challenge of Albert Park is that it is very far from home. Later in the season this would be less of an issue but in March the challenges of a new car – usually heavily revised after the final pre-season test – require the team to rise to the occasion, both with their understanding of the machine and the supply of parts required to run it.

Were the season to start elsewhere, this challenge would be diminished – but Albert Park includes all the usual exciting street circuit pitfalls – namely low grip, an uneven surface and the close proximity of hard, unforgiving walls. Neither team nor driver gets a gentle introduction to the 2016 Formula 1 World Championship.

A further complication is the high level of track evolution: as the racing line is swept clean of debris and more rubber goes down on the racing line, so lap times improve significantly. The key is to not chase setup: race engineers need to estimate where the grip level will be on Sunday afternoon, rather than setting up for where it is during the practice sessions. 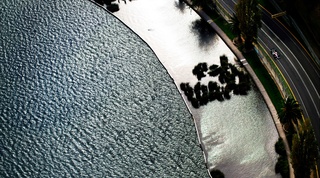