“My home Grand Prix is always very special. The Spanish fans are really passionate about Formula 1 and the Circuit de Catalunya is very enjoyable to drive; it’s a great place to kick off the European season. Let’s hope we can put on a good show.”

“We’ve been working flat-out since the last race to improve the performance of the MP4-30, both the chassis and the power unit. Barcelona will be a good track to test our package as it’s a challenging circuit with every type of corner.”

The Circuit de Catalunya is the sixth Spanish venue to host a world championship Grand Prix, after Pebralbes, Montjuic Park, Valencia, Jarama and Jerez. It’s located in the northern industrial suburbs of Barcelona and has been a permanent fixture on the Formula 1 calendar since 1991. However, it hasn’t always hosted motorised events; it was one of the many building projects ahead of the 1992 Barcelona Olympics, during which the track hosted the time-trial cycling events.

The circuit’s layout is a thorough test of man and machine. Only three of its 16 turns are taken at less than 100km/h (62mph); the remainder are all medium and high-speed corners, which test a car’s high-speed balance and aerodynamic efficiency. These challenges have made the circuit a popular testing venue over the years, the most recent tests taking place last February.

Overtaking is notoriously difficult. Eighteen of the 24 Grands Prix staged at the Circuit de Catalunya have been won from pole position, which is the highest ratio of any track on the calendar – including Monaco. As a result, a good qualifying performance is key.

A good start is also important because the run from pole position to the apex of Turn One is the longest of the season. A lot can be won and lost during this 730-metre dash and you often see drivers being very aggressive under braking for the first corner.

This is a challenging circuit for tyres because the combination of old, abrasive asphalt and fast corners puts a lot of energy through the rubber, particularly the front left. To combat these stresses, Pirelli are taking their two hardest compounds to the race, the Medium (Option) and Hard (Prime).

It’s all about: the race

It’s all about: the track 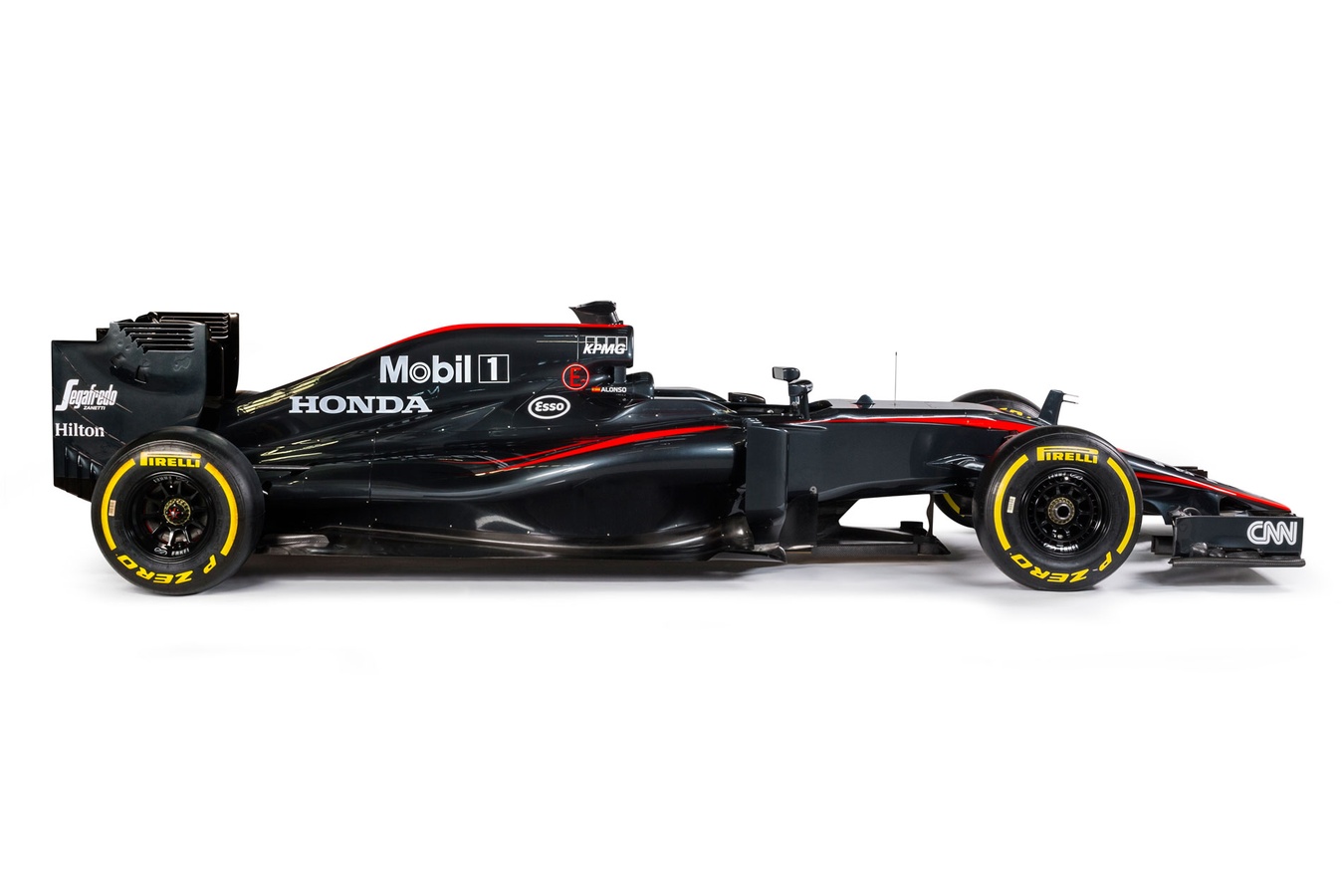 It’s all about: the car

“Barcelona is a really challenging circuit because it has a bit of everything: two long straights, a high-speed section and some low-speed corners to end the lap. The slow corners are important, but there are two corners that stand out from a technical point of view: Turns Three and Nine. They are both high-speed and critical to lap time.

“You arrive at Turn Three going relatively quickly because it follows a fairly quick chicane. It’s a long, sweeping corner that is characterised by understeer and you need to dial that out to allow the driver to get on the throttle as early as possible because a reasonably long straight follows.

“Turn Nine is a high-speed corner and a good challenge. It’s a shorter corner than Turn Three, but the driver still needs confidence in the car and the rear end in particular. He needs to carry as much speed as possible through it because a long straight follows.”

McLaren at the Spanish Grand Prix

Our most memorable Spanish Grand Prix: 1998

The high-speed nature of the Circuit de Catalunya was perfectly suited to the MP4-13. The team’s first Adrian Newey-designed McLaren was aerodynamically strong and well-balanced, and our drivers needed no second invitation to assert their dominance on proceedings.

Mika Hakkinen was never headed in any session all weekend, with David Coulthard following closely in his wheeltracks. Mika took pole position by 0.7s and he stormed into an early lead at the start of the race, opening a 10.0s cushion in the opening 10 laps.

After 65 laps of racing, Mika finished 9.0s ahead of David, who was 38.0s ahead of Michael Schumacher in third. This victory was one of eight for Mika during 1998, which turned out to be his first world championship-winning season.

“I’m incredibly happy to be heading back to Europe, to my home country and racing in front of the loyal Spanish fans. We’ve taken some useful steps forward during the flyaway races and I’m looking forward to getting back in the car after the three-week break and continuing our push.

“We are seeing improvements race by race, and I want to ensure that we maintain this consistency throughout this weekend. It will be very difficult, as other teams will also have been working hard to develop their cars too, but I’m hopeful that the start of the European season will be positive for us and allow us to carry momentum into the next few races.

“I really enjoy driving on this circuit – it’s high-speed and really tests the balance of the car, so we’ll be working to get that right as soon as we get out on track. There’s a huge amount of positivity in the team and all of us are working hard for better results in each race. Although we won’t be fighting for victory in Barcelona, I know I can count on the support of the fans to bring even more motivation during the whole weekend, which will be very special.”

“Coming into Europe after four flyaways and a three-week break is always an exciting feeling. It’s like the second phase of the season is beginning and, especially after my difficult weekend in Bahrain, I’m raring to get back out there and see how our car fares around this track.

“The Circuit de Catalunya is a great place to kick off the European season and a fun circuit to race on, with long straights, high-speed corners and tricky chicanes that require you to get the most out of the car throughout the whole lap. It really challenges the car and you need good balance and aerodynamic downforce to get the best consistency, and, ultimately, performance.

“It’s difficult to overtake there, so we’ll be working on our qualifying performance from the outset to try and push us up the pecking order. We’ve made good strides over the past few races, and that effort has continued right through the break between Bahrain and Spain, so I’m excited to see where we are and work with my engineers to keep pushing the boundaries of our previous performances at every opportunity. The key to all of this, though, is reliability, and that’s the most important element if we are to really push our package to its limits from Spain onwards.”

“We’re certainly going into the beginning of the European leg of the season with a positive frame of mind. Of course, we can never be satisfied with our results until we’re fighting for regular victories. However, I’m very pleased with our progress and the efforts of the entire team – both within McLaren and Honda – and we go to Spain hopeful that we can make further progress there.

“During the three-week break between Bahrain and Spain, we’ve been working very productively on every front to bring improvements to the car. We know that one fix or upgrade won’t provide a significant upturn in performance, so we’re united in our continued efforts to bring further gains to both chassis and power unit, in terms of both reliability and outright performance, step by step.

“The Circuit de Catalunya is a great test of man and machine, and proving the balance of the MP4-30 will be crucial to enable us to get closer to our rivals. Qualifying is also key, given that this is a circuit on which it’s relatively difficult to overtake. For our drivers, it’s an important race for Fernando in front of his home fans, and for Jenson we will be focusing on maximising his time on track following his disappointing weekend in Bahrain. The paddock – complete with the addition of the teams’ motorhomes and hospitality units for the European season – will be buzzing, and we look forward to the great atmosphere in and around the grandstands.” 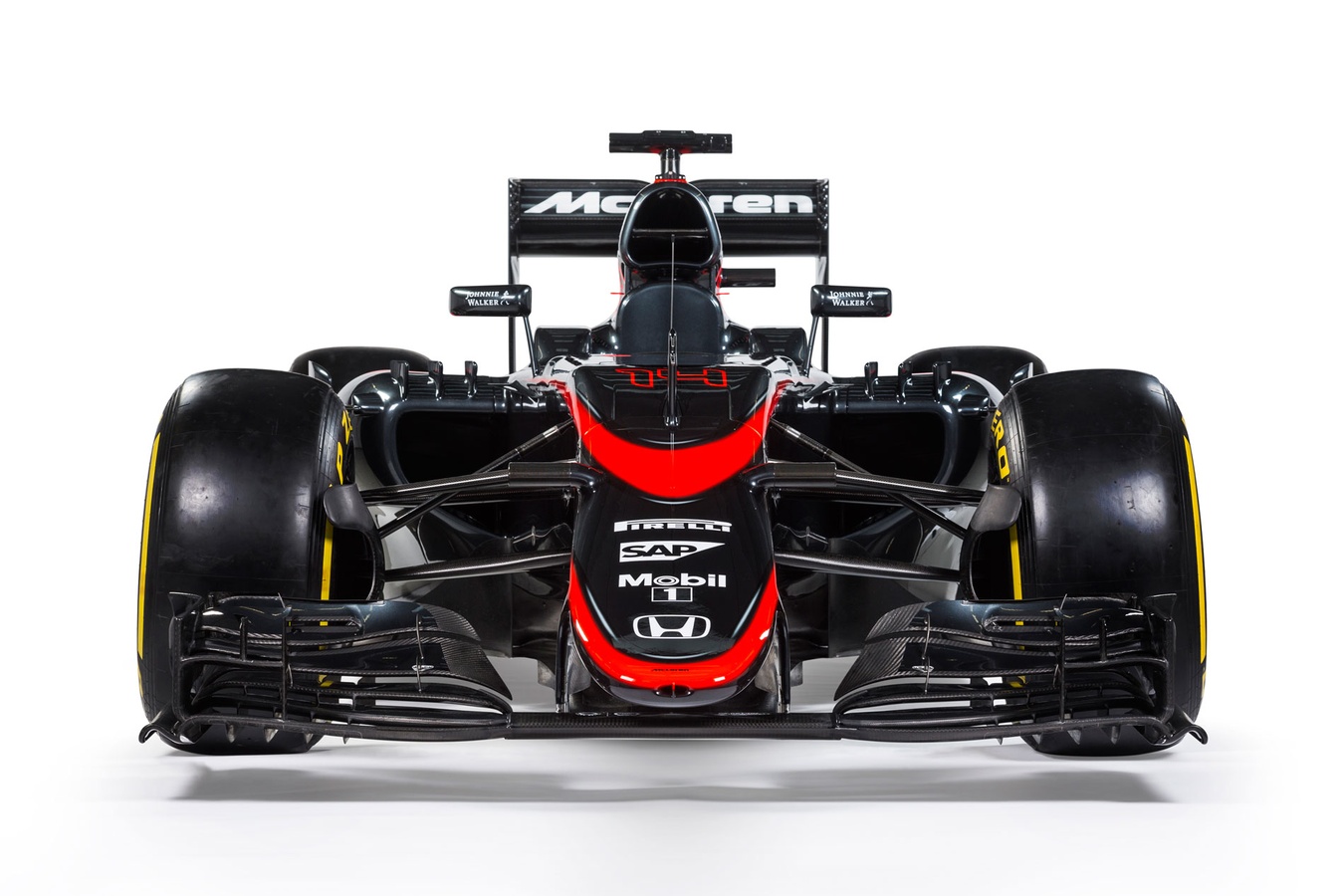 "The short break before the Spanish GP has been good for Honda, to calmly reflect on what has happened in the first four races, to analyse what we have done well or not so well, and to make preparations ahead of the European races.

“We hope that Spain will see another incremental step forward for Honda, in which we’ve prepared updates on the power unit to help with driveability and reliability. And like us, McLaren has had a productive two weeks and will be bringing more updates to test at the track and we’ll see how the car will run together as one.

“We’re confident that every step we take together as a team is in the right direction, and hopefully this weekend will once again prove our continuing progress."