A common misconception is that F1 has its winter test at the Circuit de Catalunya because of the weather. In reality, Barcelona in February is never warm and rarely sunny – but the circuit has the advantage of possessing a configuration that gives new cars a thorough shakedown that highlights any weaknesses.

The Circuit de Barcelona-Catalunya (its new name) is a trend-defining track because it provides a well-rounded examination of every aspect of car design. It’s a power circuit but one that also demands high levels of downforce. It features high-, mid- and slow-speed corners, the latter requiring excellent traction, and an abrasive surface that will quickly reveal a car that is harsh on its tyres.

DRS, Pirelli rubber and now the new hybrid engines have made the Spanish Grand Prix a thrilling spectacle, but in the past – quite possibly because teams know the circuit so well – it had a reputation for being processional, with the pole position car taking victory at three-quarters of the grands prix held since the circuit first hosted the race in 1991. In fact, only twice has the winner come from beyond the front row.

One of those was Fernando Alonso, who won his home race from fifth position in 2013, his second victory at the circuit after a very popular win in 2006. Jenson has also tasted victory here, winning in 2009. McLaren’s four victories at the track have all come courtesy of Finns, with Mika Häkkinen taking a hat-trick of victories between 1998-2000, and Kimi Räikkönen adding a fourth in 2005. 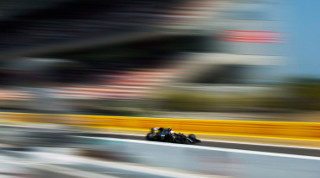