The Singapore Grand Prix has become a mainstay of the Formula 1 season in a surprisingly short space of time. F1’s first night race debuted in 2008. The first race drew in bumper crowds and generated an atmosphere quite different to that at other circuits. This, combined with the spectacular appearance of the cars and the circuit under lights, ensured the race became a repeat spectacle and a top destination for travelling fans.

General consensus among teams has the Singapore Grand Prix down as one of the toughest. The race has a reputation for high rates of attrition. The slippery street circuit and the proximity of barriers ensure plenty of incident while drivers have to contend with high temperatures and humidity in what, under normal conditions, will be the longest race of the season. A low average speed and the likelihood of Safety Car interludes ensure the race always runs close to the two-hour limit.

While riding the kerbs is essential for a fast lap, the Marina Bay Circuit has very shallow kerb profiles on the majority of its 23 corners – though the uneven nature of several stretches of tarmac ensures the cars are run very soft.

McLaren won the Singapore Grand Prix in 2009 with Lewis Hamilton at the wheel, bracketed by wins for Fernando in 2008 and 2010 – the Spanish driver’s overall record in Singapore is phenomenal, never having finished outside the top four in the race’s seven runnings to date. 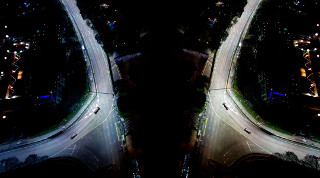