After an absence of 23 years, Formula One will return to Mexico City’s Autódromo Hermanos Rodríguez this year, for the 2015 Mexican Grand Prix.

Quite what teams can expect from the circuit is a matter of much of discussion. Standard practice will see the layout scanned by LIDAR and the information fed into simulations. It isn’t quite a step into the unknown as the circuit has regularly been hosting international events in recent years, with NASCAR, CART, Grand-Am and A1 Grand Prix all visiting.

The circuit is being modified slightly ahead of the grand prix by Hermann Tilke. It will feature a new pit complex and an extended main straight – but the overall track length has been diminished slightly – and the fearsome Peraltada banked corner is much modified since F1 last visited. The 7,500ft/2285m altitude makes the circuit comfortably the highest on the F1 calendar, and turbos will be spinning at maximum speeds in an effort to force as much air as possible into the engine. The thinner atmosphere will also see considerable reductions in downforce, requiring cars to run more wing than would be the case with a comparable layout at sea level.

McLaren have won the Mexican Grand Prix on three occasions, the first of which came in 1969 with Denny Hulme at the wheel. When the Magdelena Mixhuca circuit changed its name to honour the Rodríguez brothers, further success followed, with Alain Prost and Ayrton Senna both taking a victory apiece for McLaren-Honda. The circuit has a particular resonance for Honda also, Richie Ginther taking their first F1 victory, at the 1965 Mexican Grand Prix. 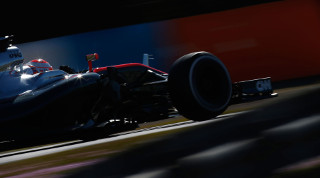 Once upon a time in Mexico