Like Britain, Italy has been an ever-present on the Formula One World Championship calendar and Monza has hosted all but one of those races. The parkland circuit is the last of its kind, an uncluttered temple of speed: straights; tight chicanes and precious few corners in between.

The new V6 hybrids hit speeds in excess of 360km/h at Monza in 2014. With this being around 30kph faster than at other high-speed circuits, Monza’s reputation as the home of high speed F1 does not appear to have suffered with the advent of the new cars. The extra speed is found at the expense of downforce, with skinny ‘Monza-spec’ front and rear wings fabricated to minimise drag on the straights – though there are some concessions to downforce as recent races have proved that carrying speed through the corners and onto the straights is at least as valuable as having a high top speed at the ends.

The other big factor to consider at Monza is the kerbing at the three chicanes. The Variante del Rettifilo and Roggia chicanes are both low speed and demand the driver take a lot of kerb; the Ascari chicane, however, is taken much faster and doesn’t require drivers to bounce over the margins. The former require a soft car, the latter something much stiffer. The spread of performance in recent races suggests set-up is often a fascinating choice of personal preferences and feel.

McLaren has enjoyed 10 victories at Monza, including a win for Fernando in 2007 (his first of two at the circuit) that set up a fascinating championship battle as the season drew toward its conclusion. 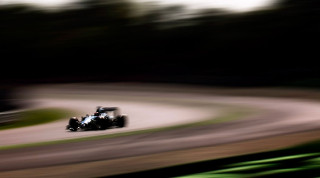