If the exuberant fans at the Mexican Grand Prix reminded everyone of the phenomenal appeal of Formula 1, the race in Brazil underlines the fact that South America is literally crazy about its motorsport.

Since it first appeared on the calendar in 1973, the Brazilian Grand Prix has earned a reputation as a spectacular, unpredictable and crazy race, one that’s always been hugely supported by the nation’s F1 fans, even if they haven’t necessarily had a hometown hero to cheer on.

The Brazilian Grand Prix has also been a hugely storied race for McLaren – we’ve achieved both heartbreak and success at this event. Read on for our personal selection of McLaren’s favourite Brazilian GP moments. 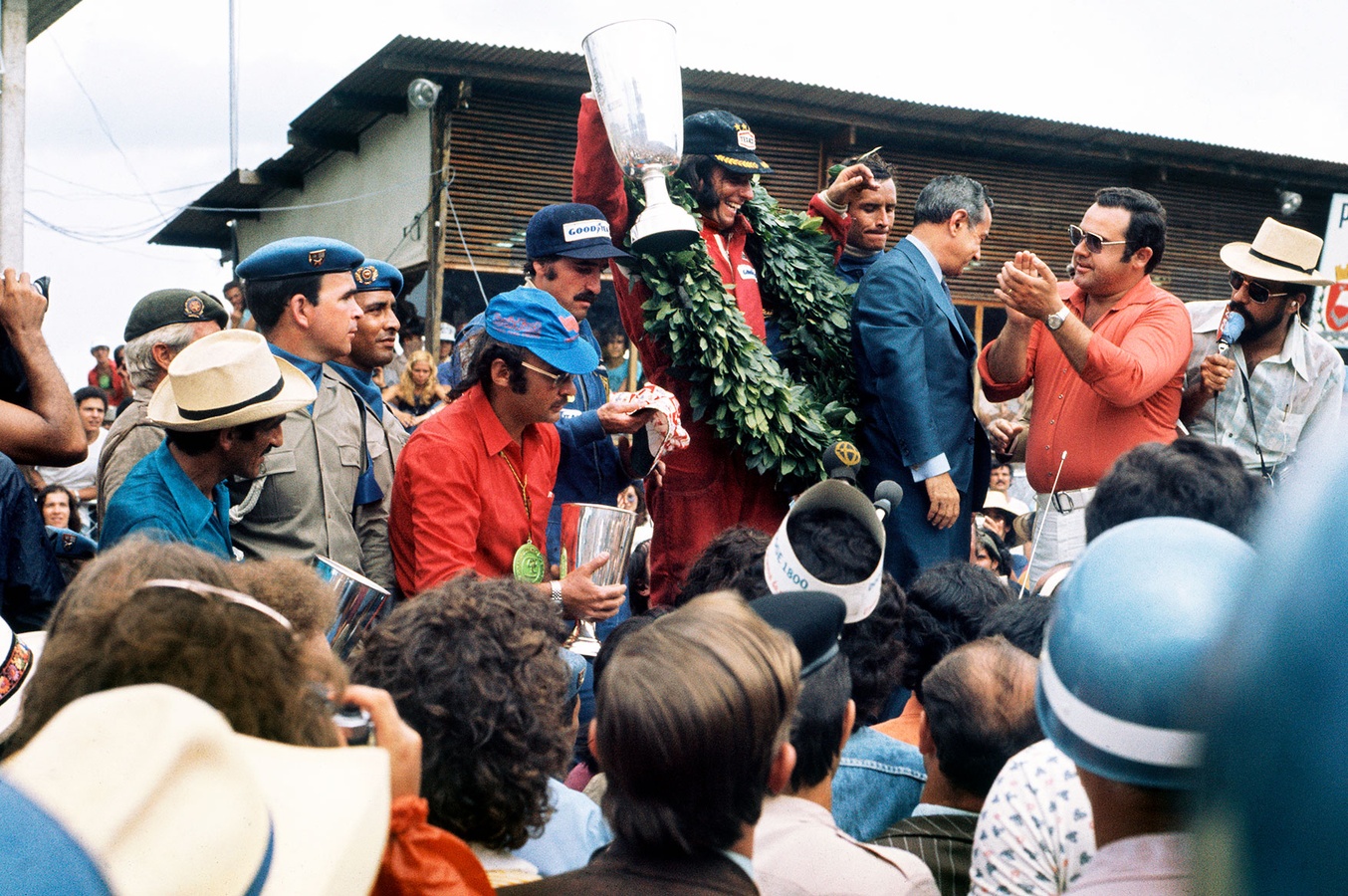 Emerson Fittipaldi was the driver who stuck Brazil on the motorsport map. By the time he joined McLaren, he’d already racked up nine wins and a world championship for Team Lotus. A second title was to come at the wheel of the M23 – and pole and victory at Interlagos was how he kicked off his charge.

Amid the tales of the boozy playboy, it’s easy to overlook the fact that James Hunt was one of the quickest grand prix drivers of the 1970s. At the old Interlagos – not for the faint-hearted – and with probably the first opportunity to sample the M23 in flat-out quali mode, he stuck the car on pole. Respect. 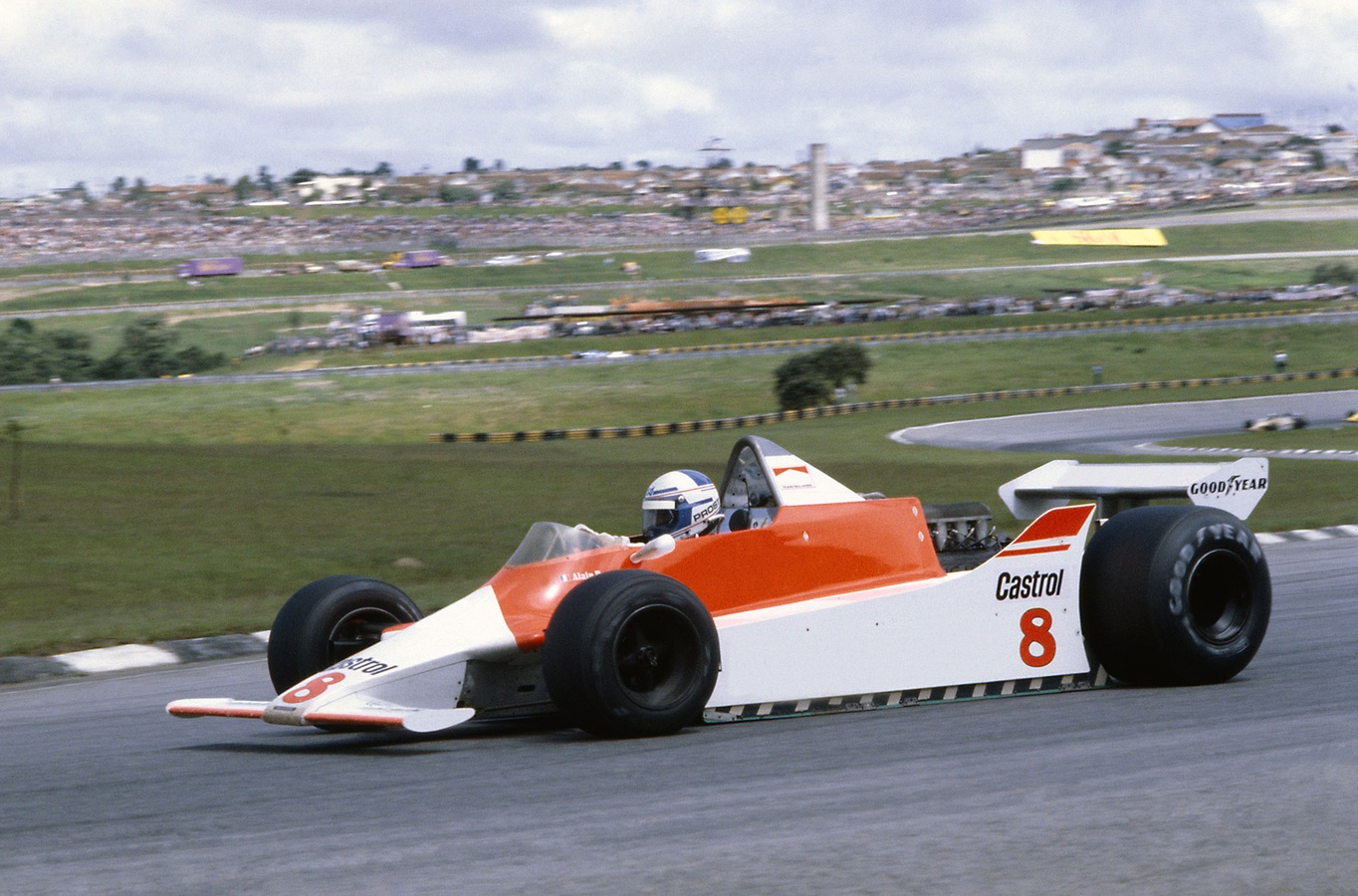 The small French guy with the bent nose was quick – seriously quick. The F1 circus had found that out at the opening race of the season, in Argentina, where Alain Prost finished fifth. Brazil proved he was no fluke – fifth again in the uncompetitive M29B – and thus were the foundations laid for one of F1’s all-time greats. 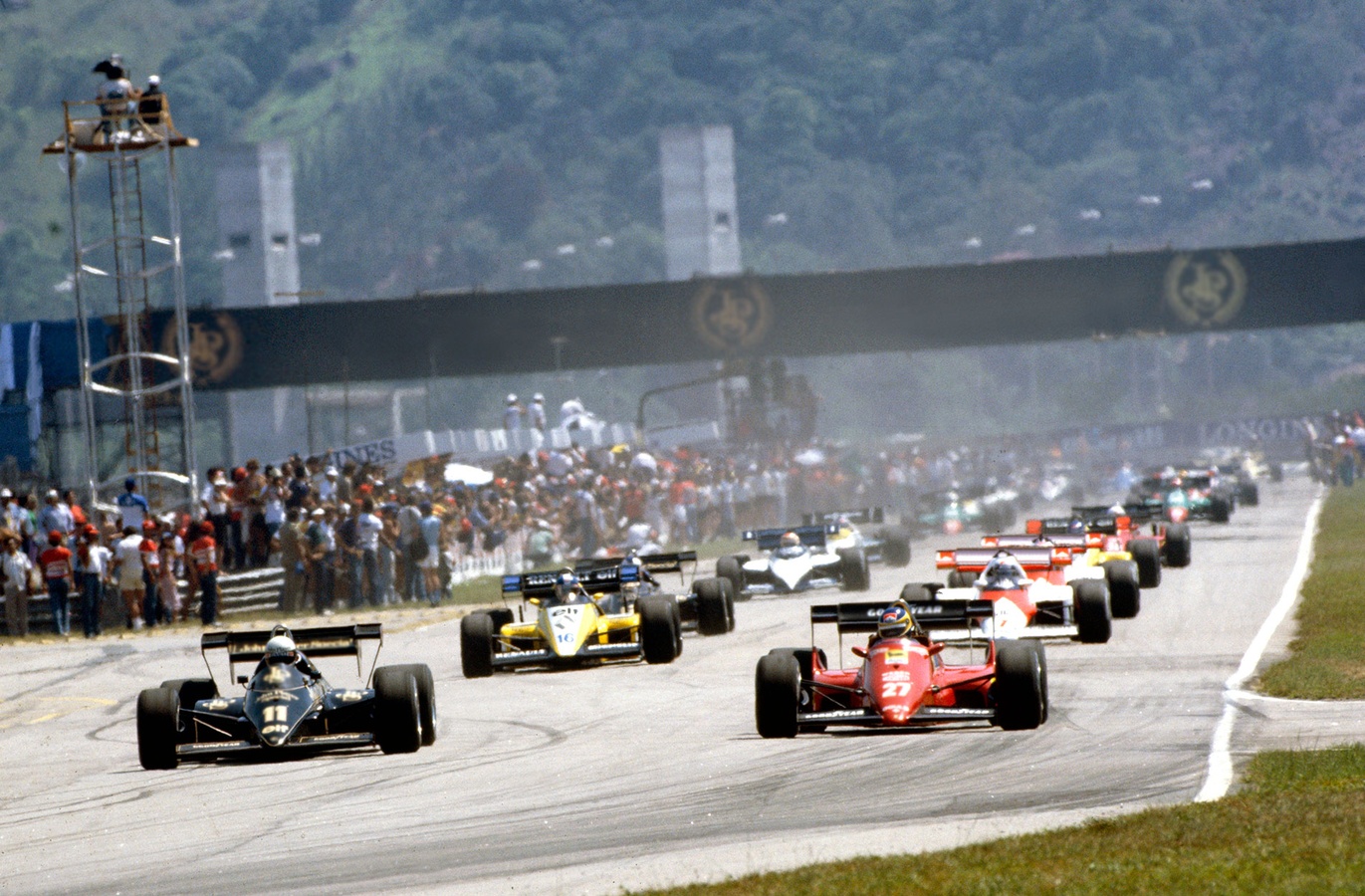 For many people, this was the start of ‘modern McLaren’ – Alain Prost set the tone for the remainder of the year with a dominant victory in Rio aboard this turbo-powered stunner. The MP4/2 series ran for three seasons, winning 22 races, including its first (Brazil ’84) and its last (Australia ’86). 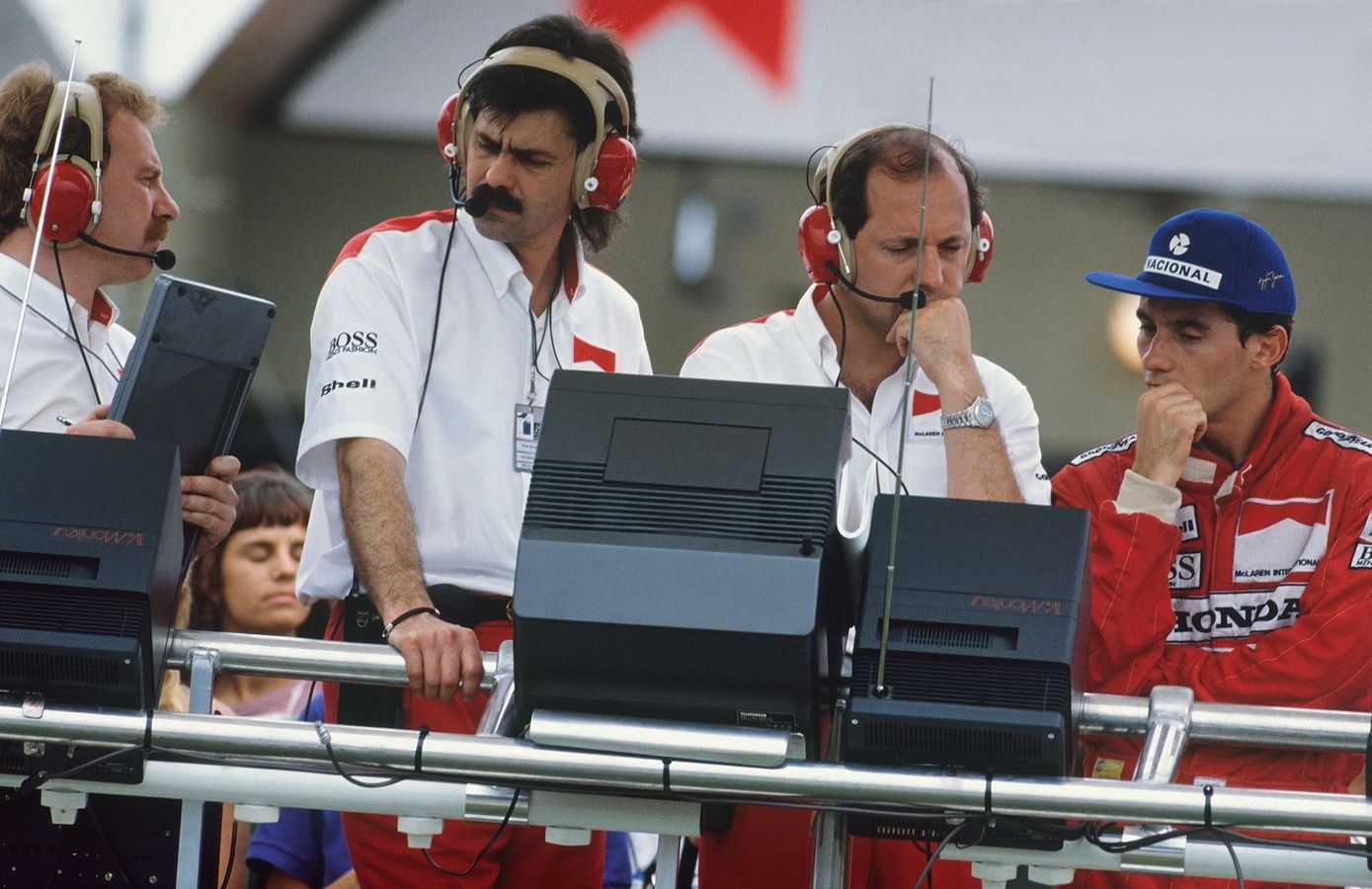 Ayrton Senna put it on pole for both editions of his home race – but lost out each time. In 1988, his car jammed in gear – and he was disqualified for illegally racing the spare. In ’89, he attempted to out-muscle Gerhard Berger’s Ferrari into the first corner, breaking his front wing off. His time would come…

Ayrton Senna and the Brazilian Grand Prix were starting to look like they just weren’t meant to be. The Brazilian had continually failed to win it, so this victory – achieved with a McLaren nobbled in sixth gear, on a damp and greasy track, against a fast-closing rival – was a superhuman, joyous event. 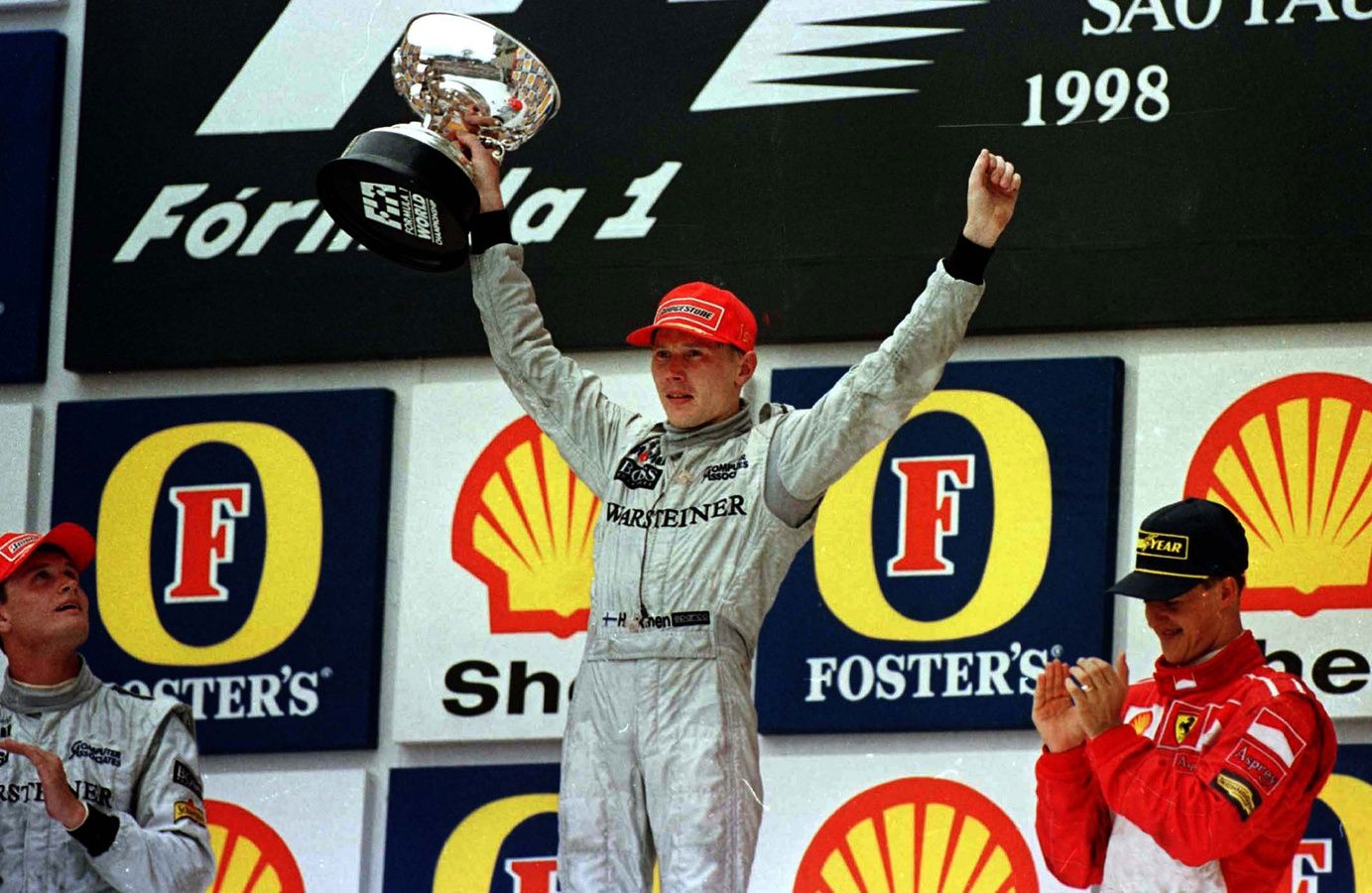 The silver MP4-13 had made victory in Australia look so effortless that the officials stepped in to strip the car of one of its key technical advantages – a ‘steerable’ second brake pedal. Their bid to limit McLaren’s superiority made little difference: Mika Hakkinen still took pole position, victory and fastest lap. 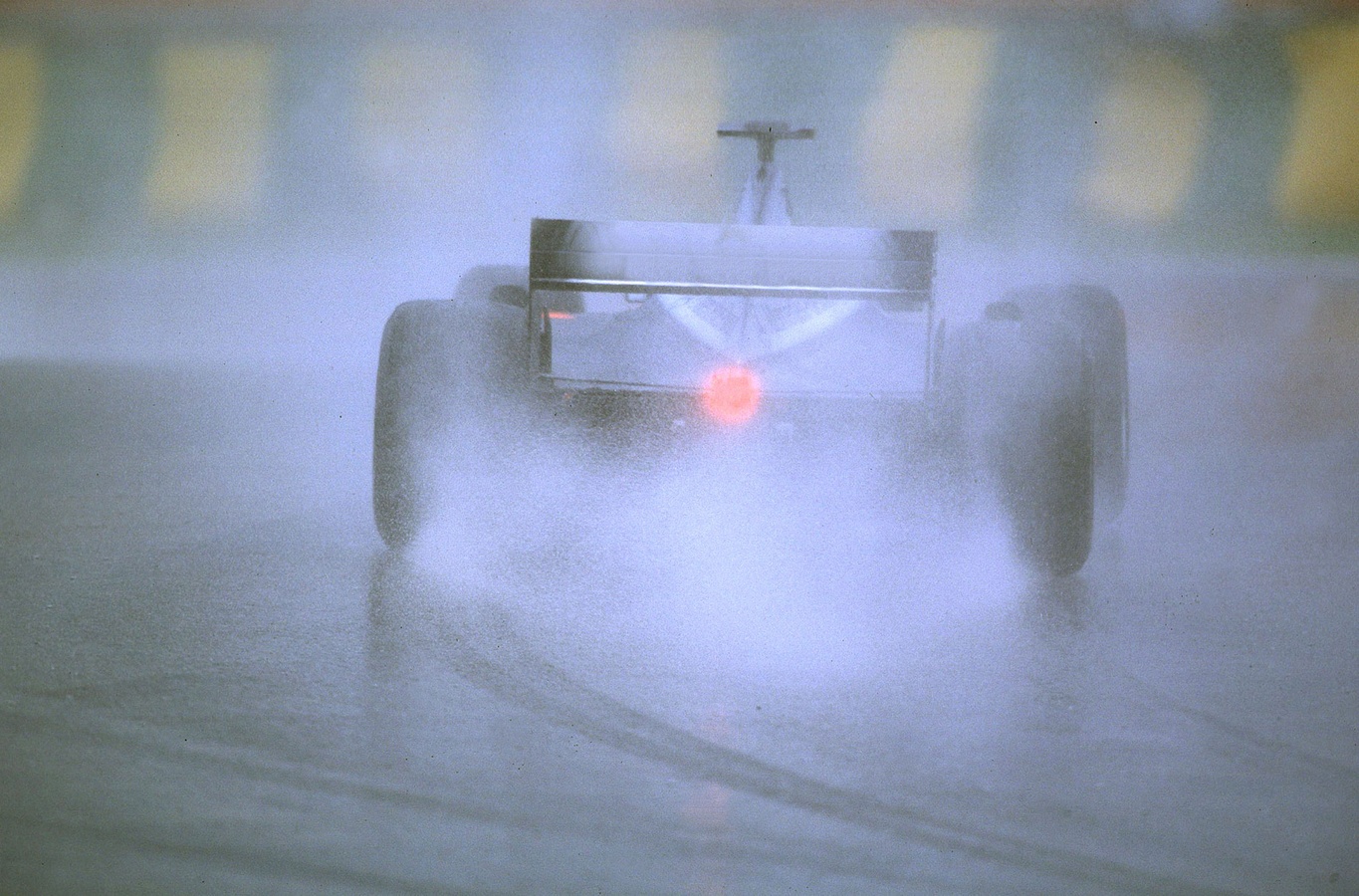 David Coulthard too often gets cast in Mika’s shadow when people recount the glory days of the McLaren Silver Arrows. That’s not quite fair, because the Scot was super-quick – he’d won F1’s ‘big four’ (Monaco, Great Britain, Belgium and Italy), and Brazil, too, beating no less than Michael Schumacher in a Ferrari. 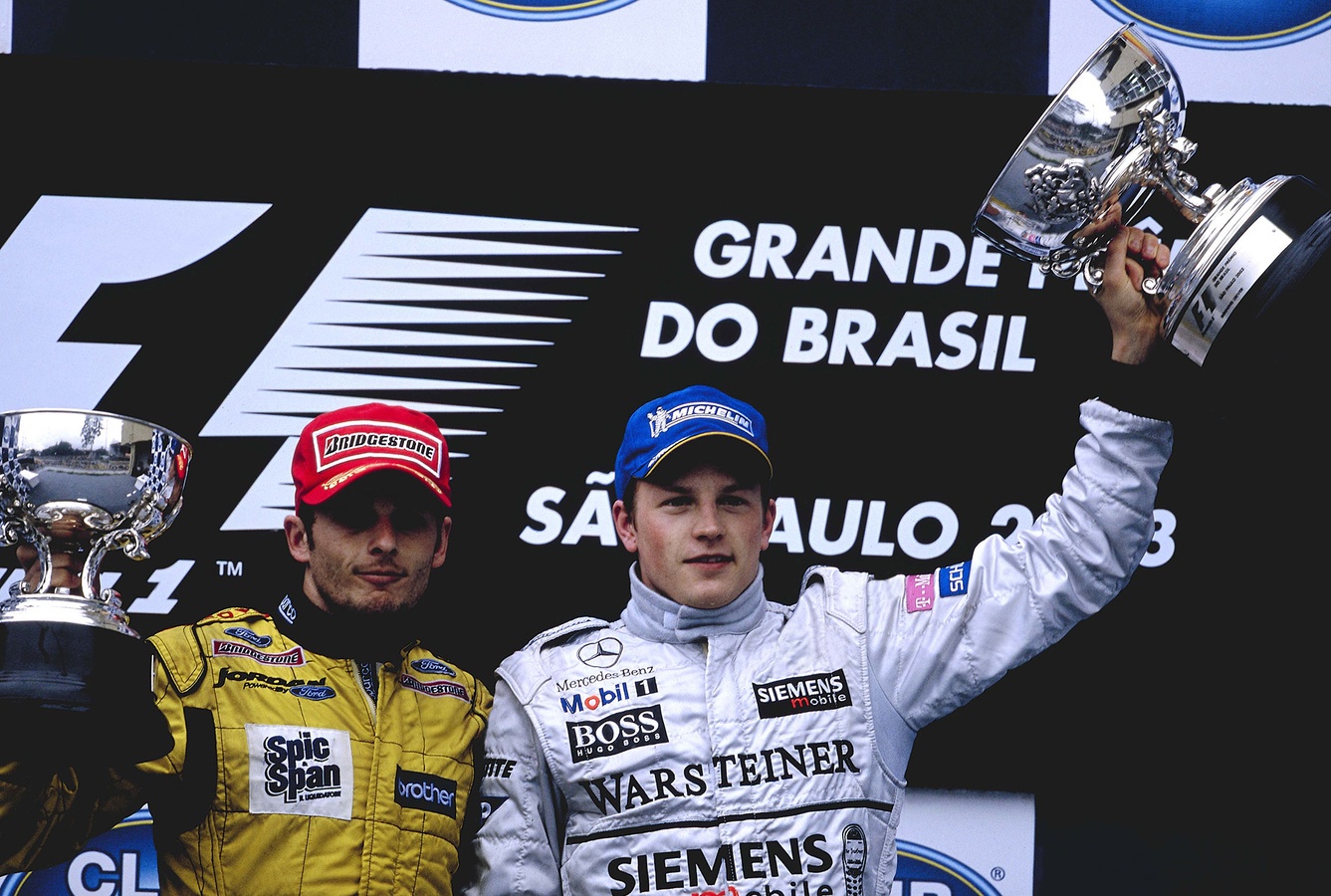 When Kimi Raikkonen was declared winner of the 2003 Brazilian Grand Prix, it was the dream start to McLaren’s campaign – it had won the two prior rounds, in Australia and Malaysia. Then the officials recalculated the results, and Kimi’s win was taken away from him in a Paris office a week later. 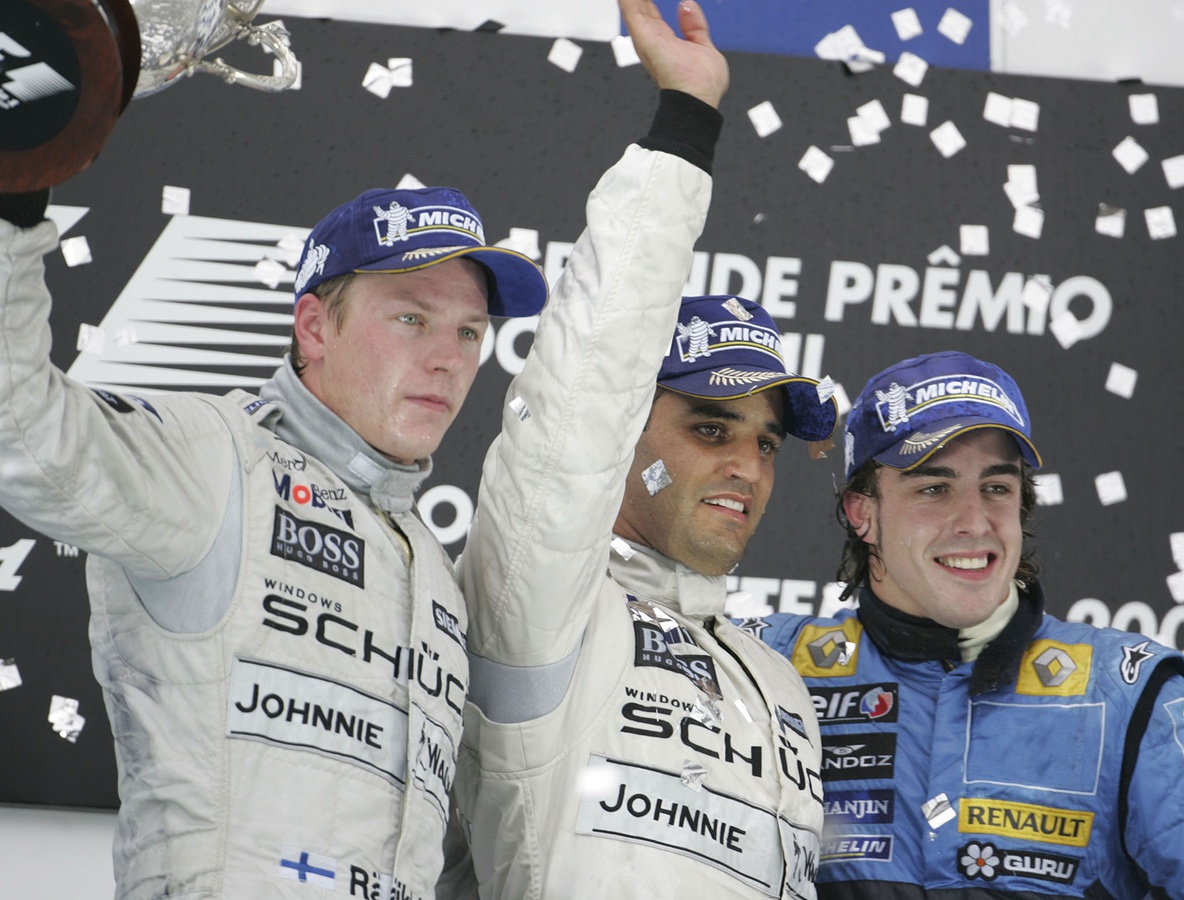 With typical fiery resolve, the Colombian wasn’t going to let this victory get away from him. He spent FP3 learning the fastest way to exit the pits (!), then nailed the crucial final stop to overtake team-mate Raikkonen. As his race engineer put it: “Juan Pablo was never going to lose that race…” 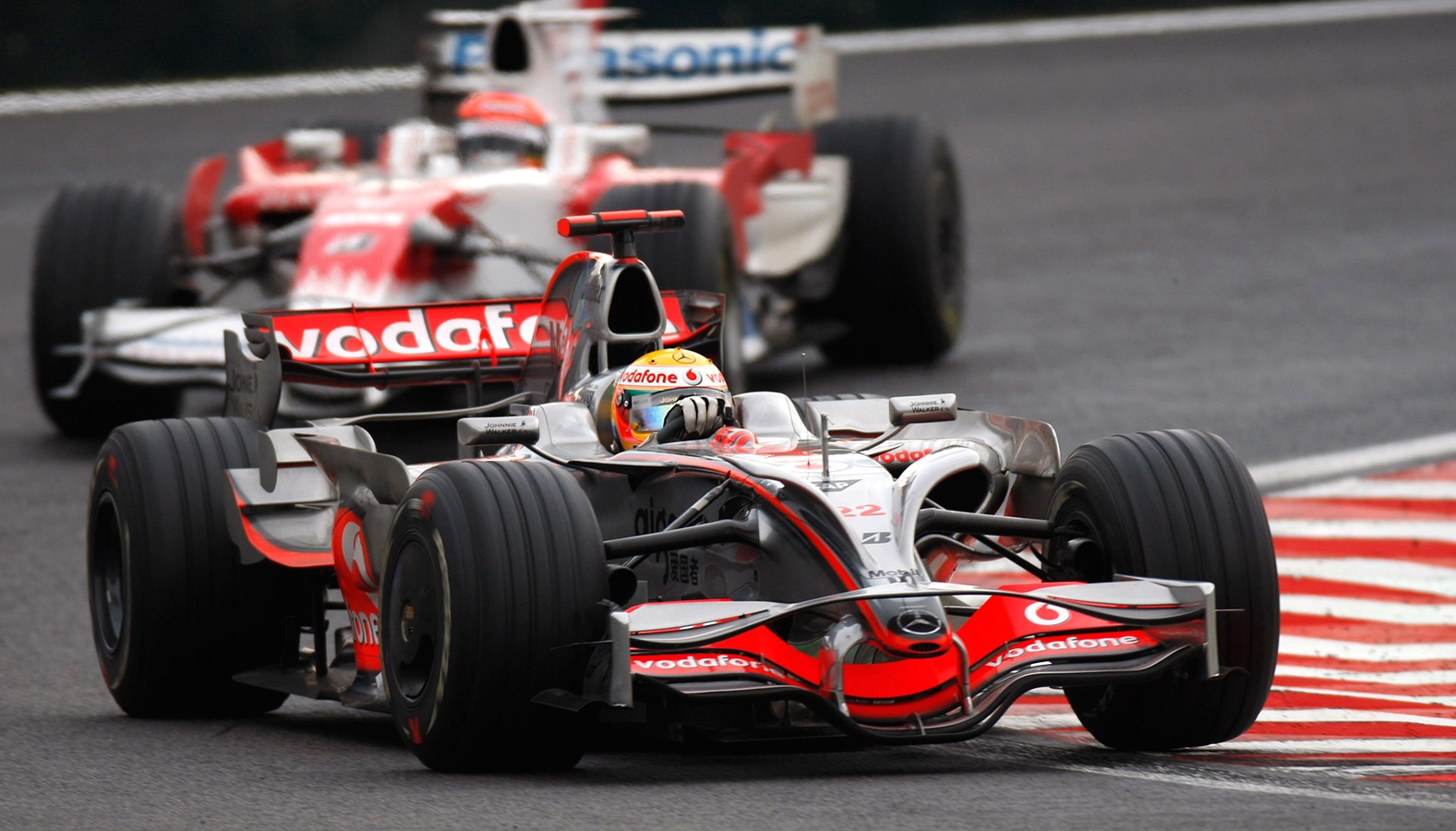 Oh god, this can’t be happening again, can it? But, yes, it was all going pear-shaped: Lewis had no answer for Sebastian Vettel’s Toro Rosso, and slipped back in sixth position – one agonising position short of the championship. Then, on the last lap, he came across Timo Glock’s dawdling Toyota… 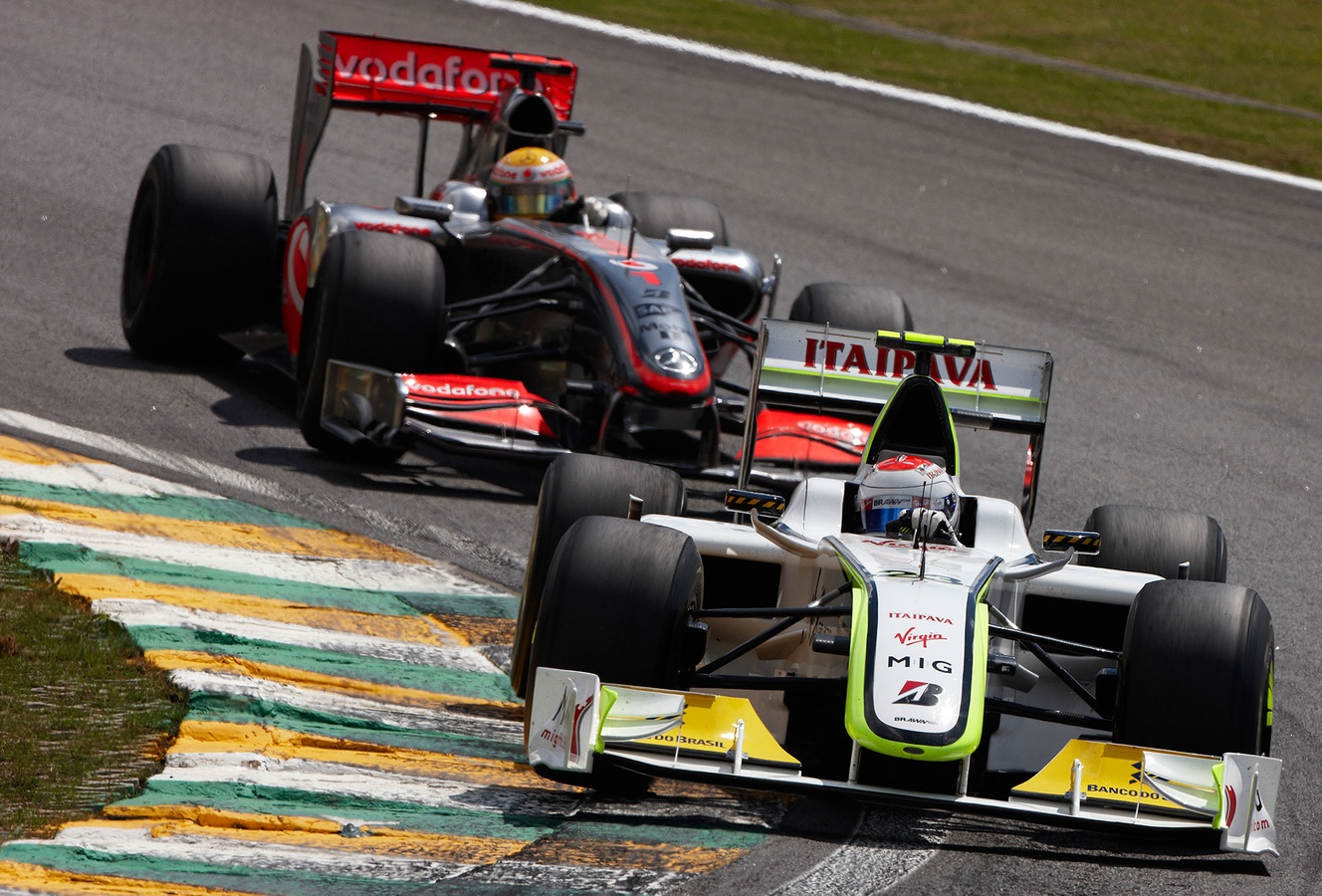 You probably won’t find many places that’ll wax lyrical about Lewis’s drive in the 2009 race – he didn’t win it – but he drove an absolute blinder. He qualified 17th in the boatlike MP4-24, but benefited from a tactical strategy, and some nifty KERS usage, to vault to third. An overlooked drive from the outgoing champion. 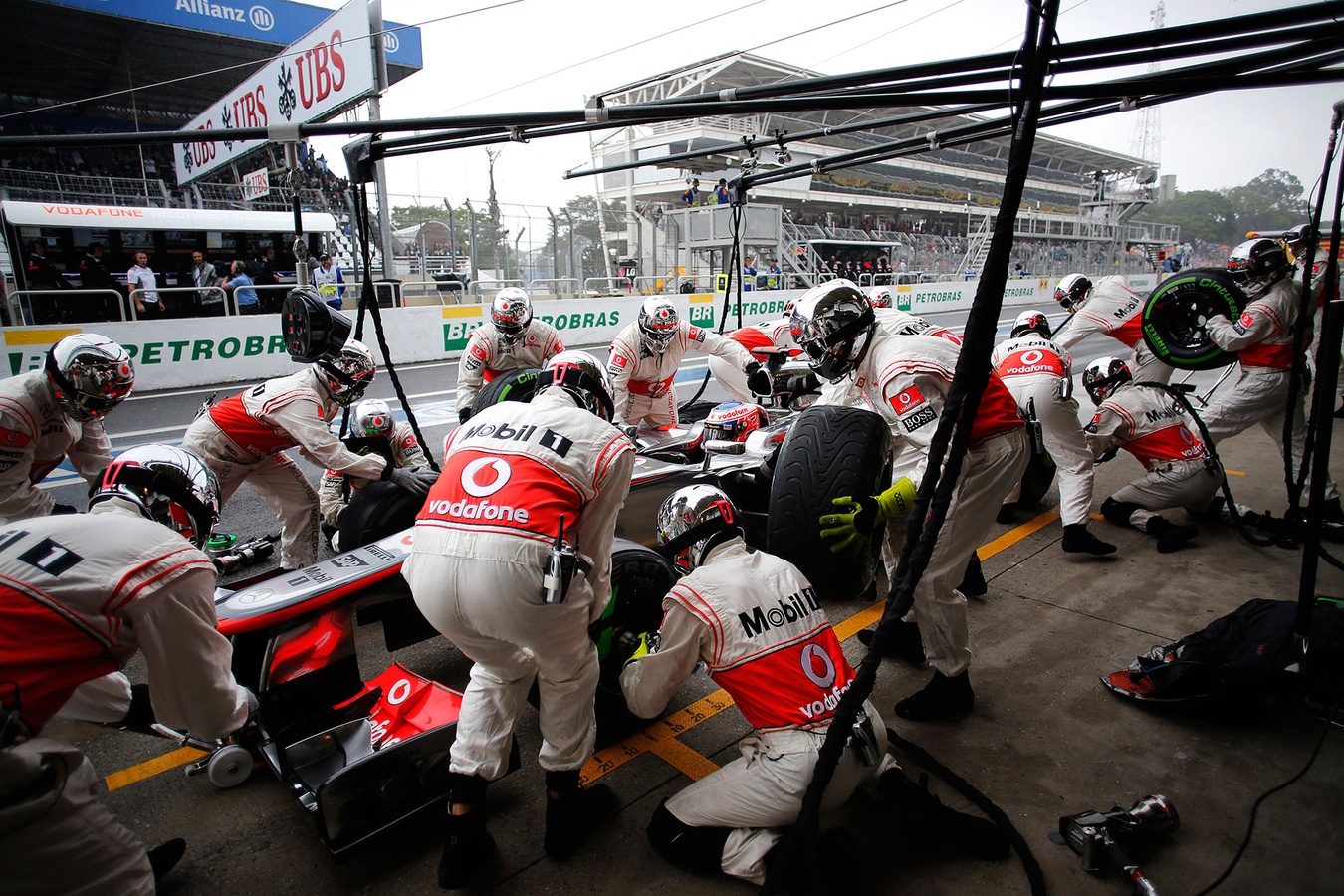 Nobody needs reminding of Jenson’s awesome abilities in the wet – besides, he does it himself every time the heavens open – but this was an exceptionally well-judged drive. From the front row, he dominated, usurping team-mate Lewis Hamilton to command the race. His – and our – most recent victory, sadly.

David Coulthard too often gets cast in Mika’s shadow when people recount the glory days of the McLaren Silver Arrows. That’s not quite fair, because the Scot was super-quick – he’d won F1’s ‘big four’ (Monaco, Great Britain, Belgium and Italy), and Brazil, too, beating no less than Michael Schumacher in a Ferrari.