This was a day that promised much, but delivered comparatively little.

From fourth on the grid, Kevin Magnussen looked set for a strong race, but was unable to avoid being clipped by Felipe Massa as he drove into the first corner. The resultant accident, and the knock-on requirement to stop for tyres and a replacement nosebox, relegated him to the back of the field.

Nonetheless, he posted a calm and relentless comeback drive to take eighth at the chequer. It could have been more.

By contrast, Jenson Button’s race started strongly – from 11th on the grid, he was sixth at the end of lap one – but faded in the middle as his third set of tyres proved unable to last to the finish. A late-race third stop, on lap 61, gave him the rubber to get home, but meant he couldn’t improve on ninth.

Still, it was encouraging to note that, despite the setbacks, both cars ran competitively in the top 10 for most of the race. Equally, Jenson’s second pitstop of the afternoon established a new team record of 2.15s stationary. That beats our previous record of 2.20s – also set with Jenson’s car – at last year’s Spanish Grand Prix.

Finally, today’s race also saw Jenson start his 257th grand prix – a statistic that moves him past Riccardo Patrese [256] and into third in the all-time rankings, behind Michael Schumacher [306] and Rubens Barrichello [322].

"I got a good start – I was running as high as sixth in the early stages – so things were looking okay. But I think we got the strategy wrong when we made our second stop. I’m not sure why we stopped so early, but it made it extremely difficult for me to keep the set of tyres alive until the end of the race, which was the plan at that point.

"The strategy didn’t work out for us, which was a shame, but we’ll learn some useful lessons from it.

"When I felt the hit from Lewis [Hamilton, on lap 30], I was a bit surprised. A lot of drivers take a wider entry line into Turn Six in order to get a better exit – perhaps Lewis expected me to let him past, but why would I let anybody through? We were racing.

"We expected more from today."

"A real pity: I think I could’ve had a decent race if I hadn’t had the accident at Turn One. I need to see a replay of the accident, but I feel that, if I’d had somewhere to go, then there wouldn’t have been contact with Felipe. I did my best to try and avoid the accident, but there wasn’t much else I could do.

"I spun after that, and had to box to change tyres and the nosebox. Then I spent the first half of the race coming through from the back of the field. Really, it wasn’t the best thing that could happen.

"Still, there are some positives from today – the car behaved extremely well; the rear tyres held on – which is something new for this car, it’s usually a bigger problem to keep the rears alive, but today it was okay.

"I’m happy to come away with some points, but I’m disappointed because we should have scored more. I hope we can be on the pace and get a decent result in Hungary next week." 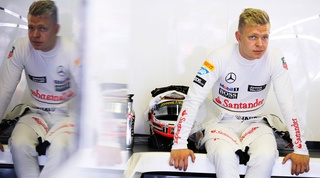 "Obviously, we’re extremely disappointed with this result. This should have been a day when we scored a useful clutch of world championship points; instead, we go home having lost ground to all our key rivals, which is extremely frustrating.

"Kevin’s turn one incident at the start was very unfortunate; he’d made a great getaway, and was pushing to stay close to Valtteri Bottas. Massa was on the outside and probably didn’t see Kevin, who was on the inside line, and had nowhere to go. Kevin was quite blameless in the accident, so it’s even more annoying that it destroyed his chances of finishing in the top four.

"However, I think Kevin deserves commending for the level-headed drive he posted thereafter; with the promise of a good result lost, and having been relegated to the very back, it would have been very easy to lose focus, but Kevin drove with great maturity. Two points is scant reward, but he worked hard for them today.

"Jenson drove well, too; he showed tremendous fighting spirit even when the odds were somewhat stacked against him. His was a very aggressive strategy, which, as the race wore on, we began to appreciate wasn’t going to succeed. Despite some great defending, Jenson was ultimately powerless to stop other drivers from leapfrogging him as his tyres faded away.

"We’ve worked hard to get ourselves into a situation where we can score good points regularly, so today was disappointing. Still, the Hungarian Grand Prix is but one week away, and we’ll be doing our best to score some good points before the onset of the summer break." 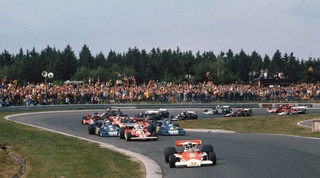