Great Britain has been a happy hunting ground for McLaren – racing at both Silverstone and Brands Hatch, McLaren has won the British Grand Prix no fewer than 14 times.

Here, we chronicle every single one of those victories, highlighting the cars, the drivers, the performances and the memorable highlights that made those races so uniquely special. 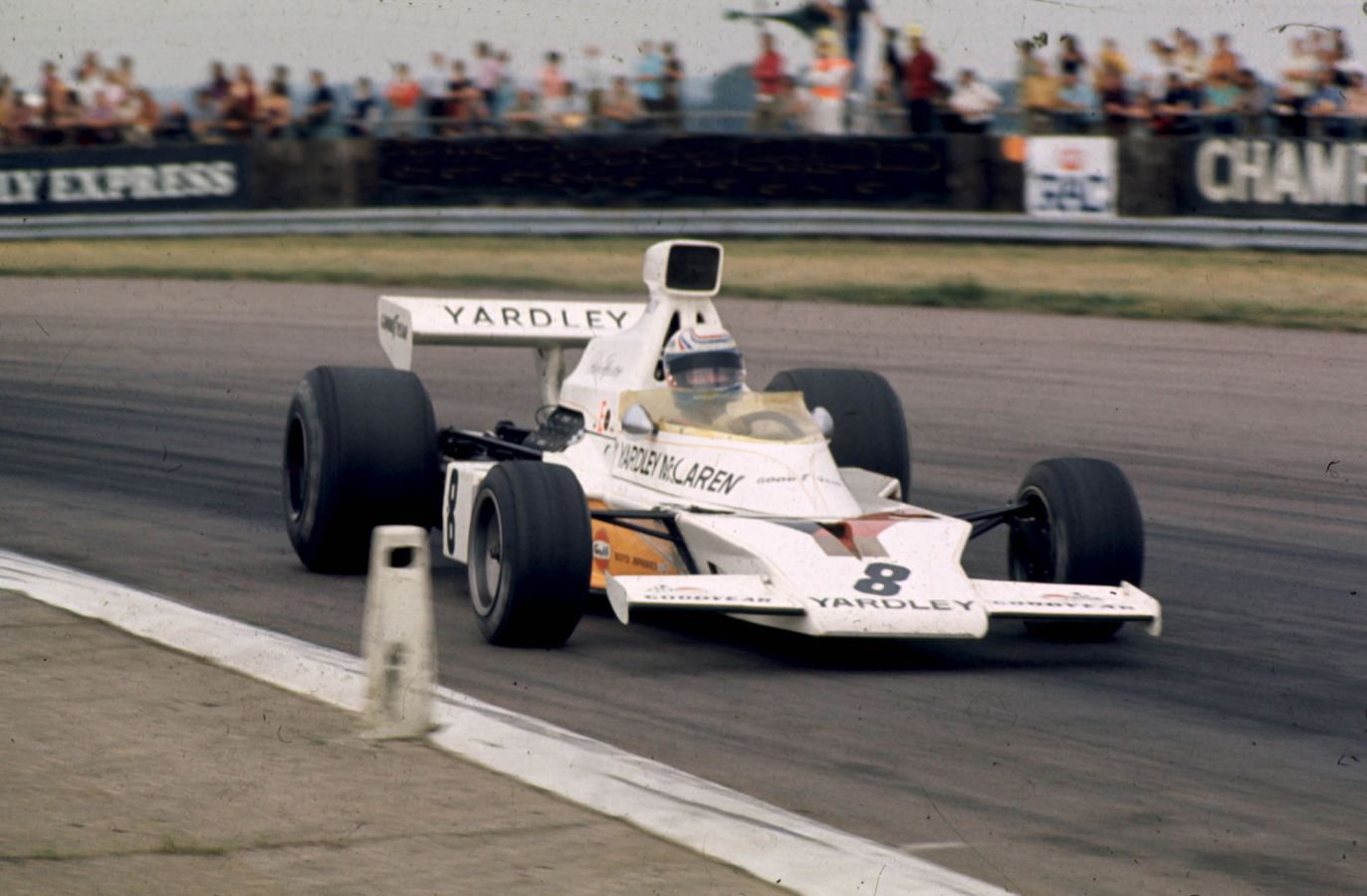 Remember it for: The huge shunt sparked by our Jody Scheckter on the opening lap – he ran wide at Woodcote, arced across the grass and slammed into the pitwall, eliminating 10 cars on the spot. 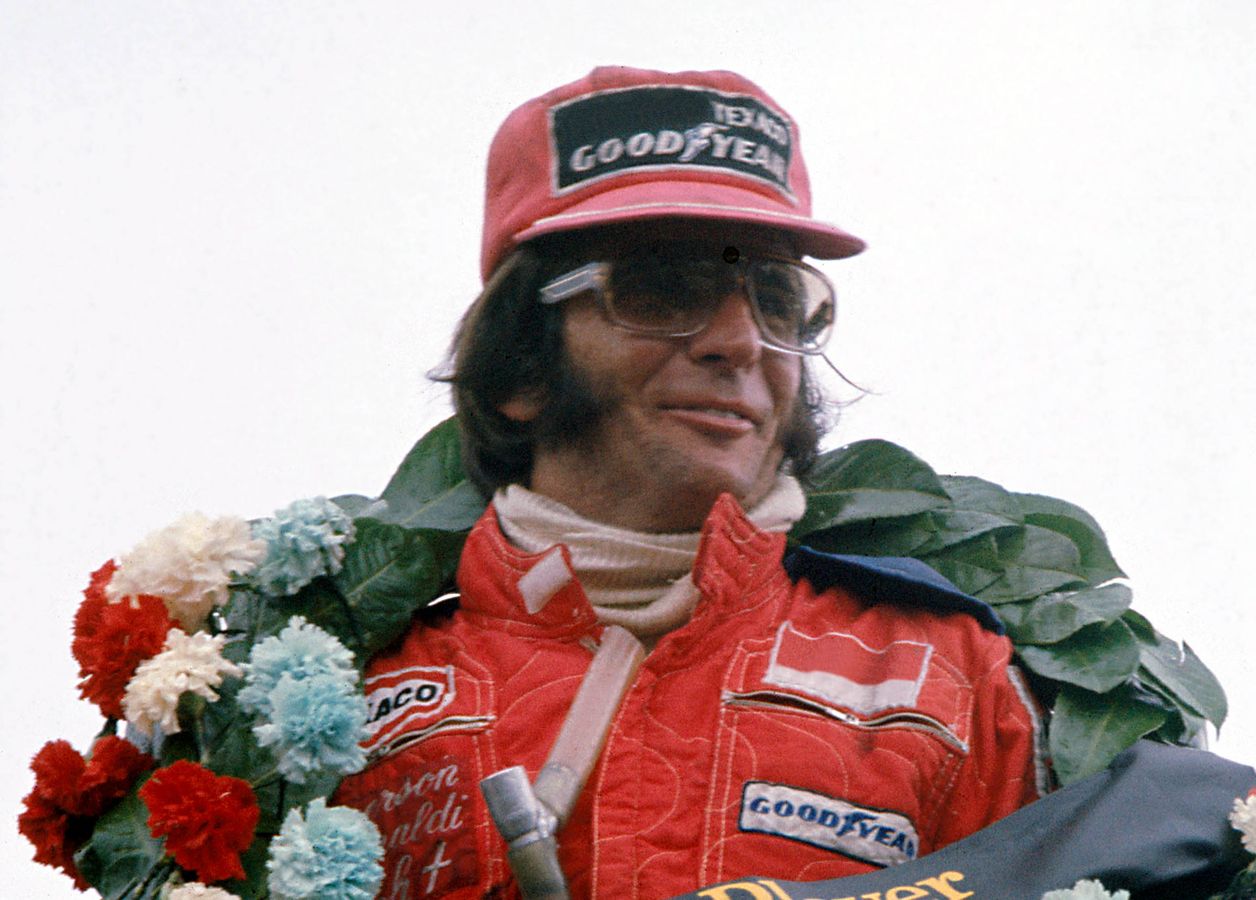 McLaren history lesson: The clouds gathered and the rains fell, seemingly catching out everyone except the reigning world champion, Emerson Fittipaldi. Emmo later claimed that his knowledge of the British weather, and a canny eye for the changing conditions from the cockpit, gave him the helping hand he needed to take an absolutely beautifully judged win.

Remember it for: The late-race rain shower that utterly deluged the track and saw no fewer than 13 cars skate into the catch-fencing in the ultra-slippery conditions. 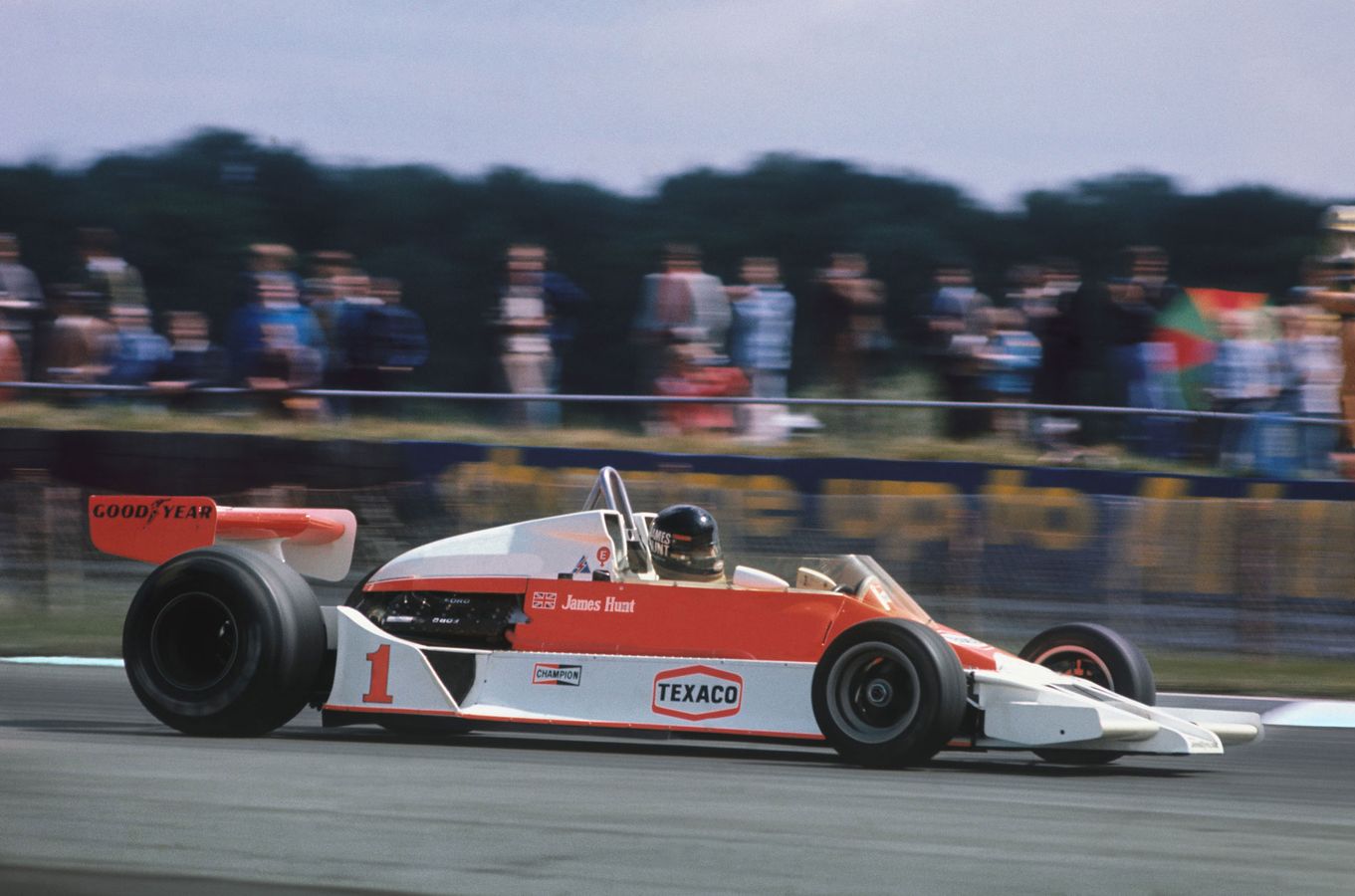 McLaren history lesson: This made up for the one that got away! In 1976, James Hunt’s championship-winning year, he won the British Grand Prix at Brands Hatch, but was disqualified for switching to the spare car for the restart. In ’77, nothing could hold James back – he took the pole, fastest lap and the win, the first for the new M26 chassis.

Remember it for: The grand prix debut of Gilles Villeneuve, who was entered in a third McLaren. 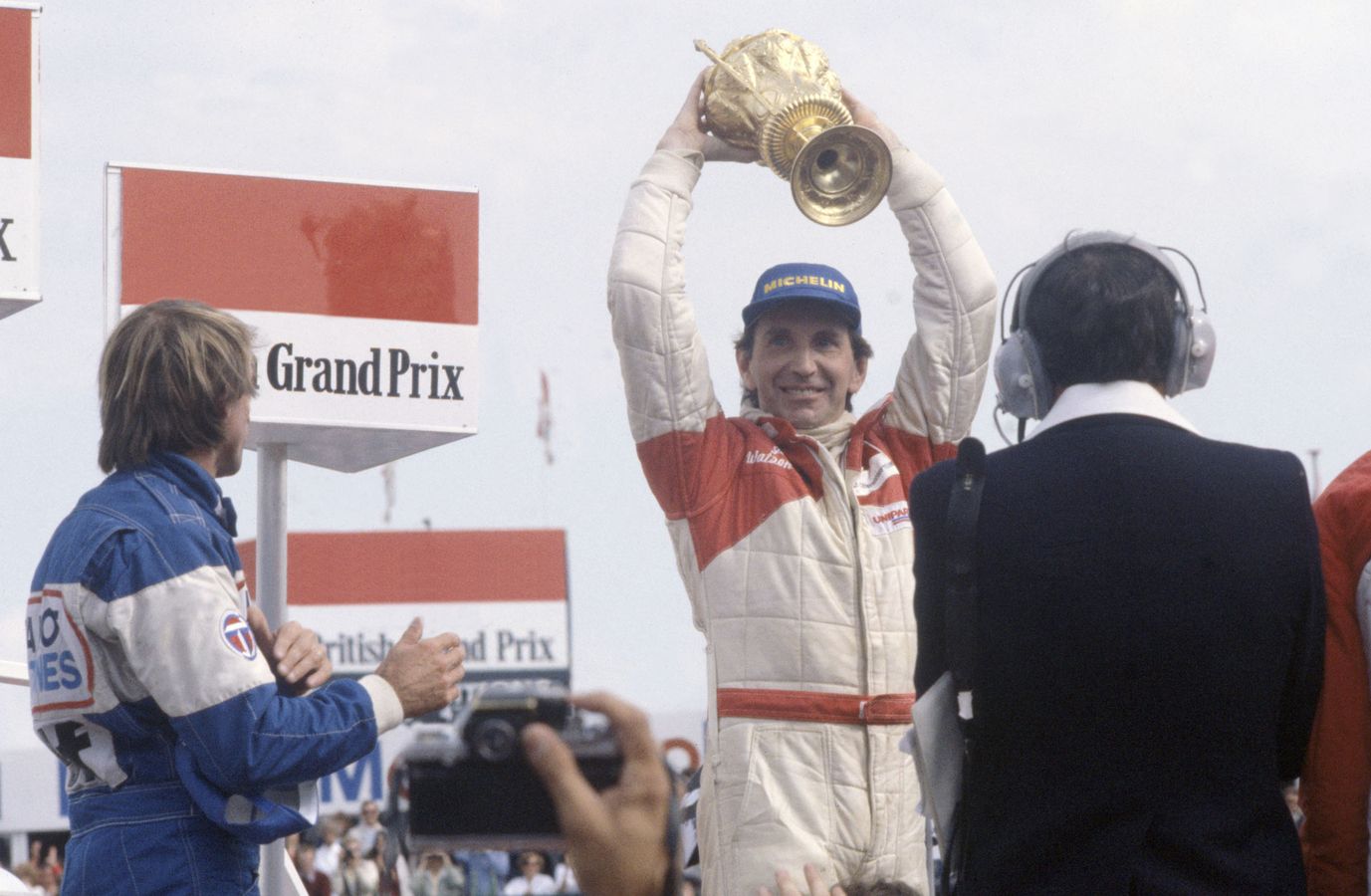 McLaren history lesson: A popular home win for Ulsterman John Watson. Wattie felt he was destined for this one after finishing third in Spain and second in France – the two preceding rounds. Destined he truly was: he narrowly avoided a monster third-lap crash involving Gilles Villeneuve, then slipped past the exploding turbo engines of Nelson Piquet, Alain Prost and René Arnoux to take a deserved and highly emotional victory.

Remember it for: The first win in Formula 1 for a carbonfibre chassis. 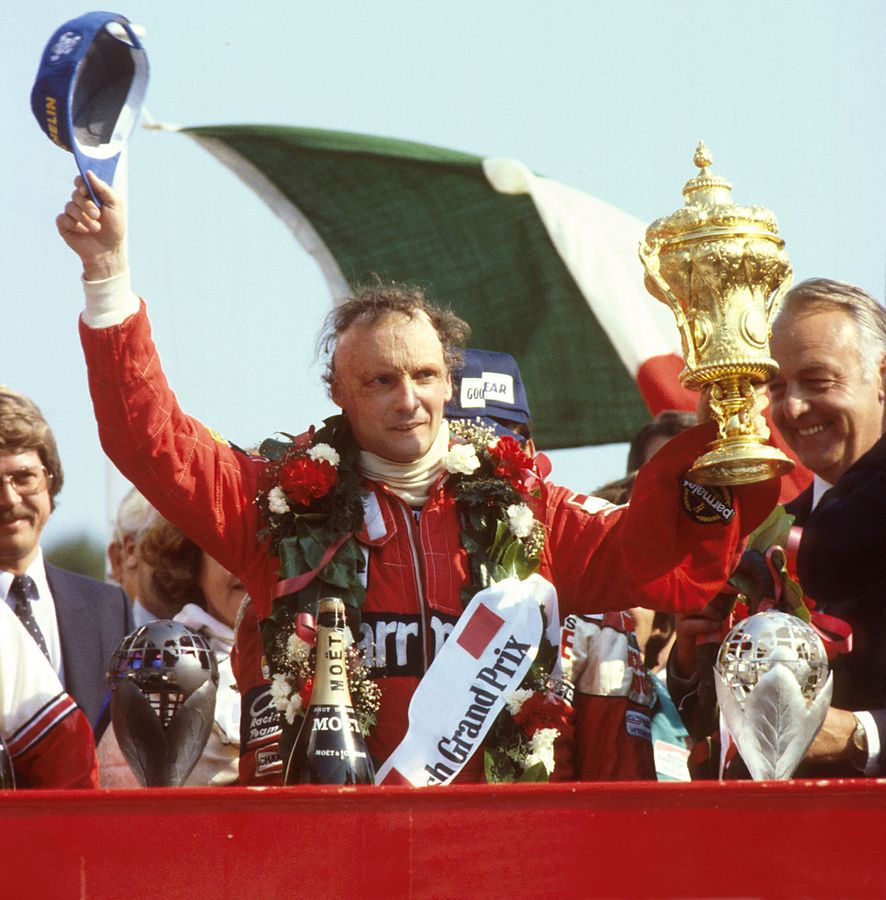 McLaren history lesson: Nelson Piquet had initially led in his turbocharged Brabham-BMW, but encountered fuel pump failure on lap 10. That left the door open for Niki Lauda in his less-powerful but more reliable MP4/1B to sweep into the lead and claim the second of his three Brands Hatch wins.

Remember it for: The Austrian’s second victory since emerging from retirement to drive for McLaren at the start of 1982 (his first win of the year was at Long Beach). 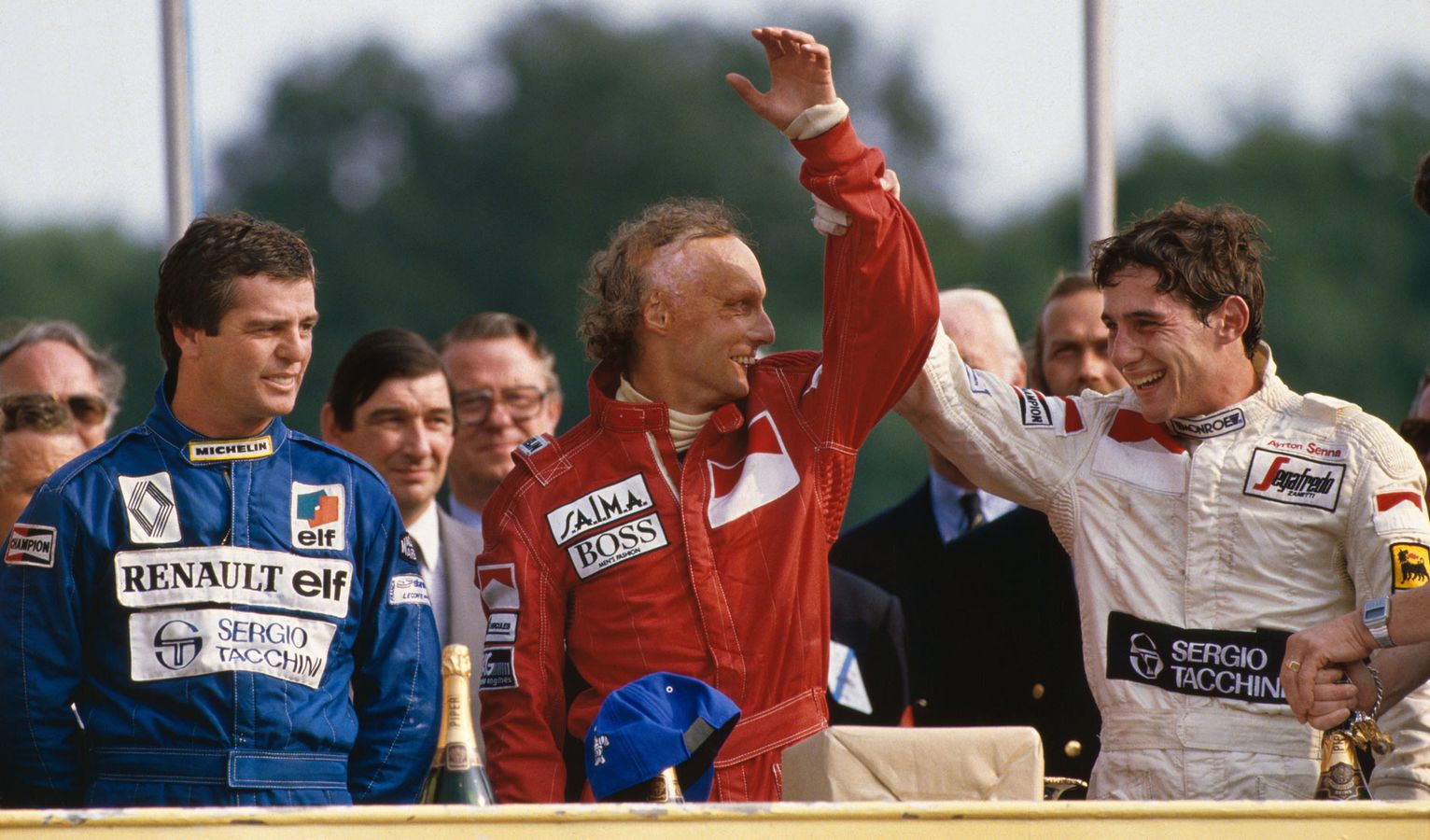 McLaren history lesson: The race had looked set to fall into Alain Prost’s hands – he’d led comfortably, seeing off the challenge of Nelson Piquet’s Brabham, and was consolidating his advantage when he suffered gearbox failure, forcing him to retire. That left the way clear for  Niki Lauda to ease home.

Remember it for: A weekend of crashes – Johnny Cecotto’s heavy shunt in practice; the opening lap pile-up at Graham Hill Bend; and Jonathan Palmer’s fiery shunt that caused the race to be red-flagged. 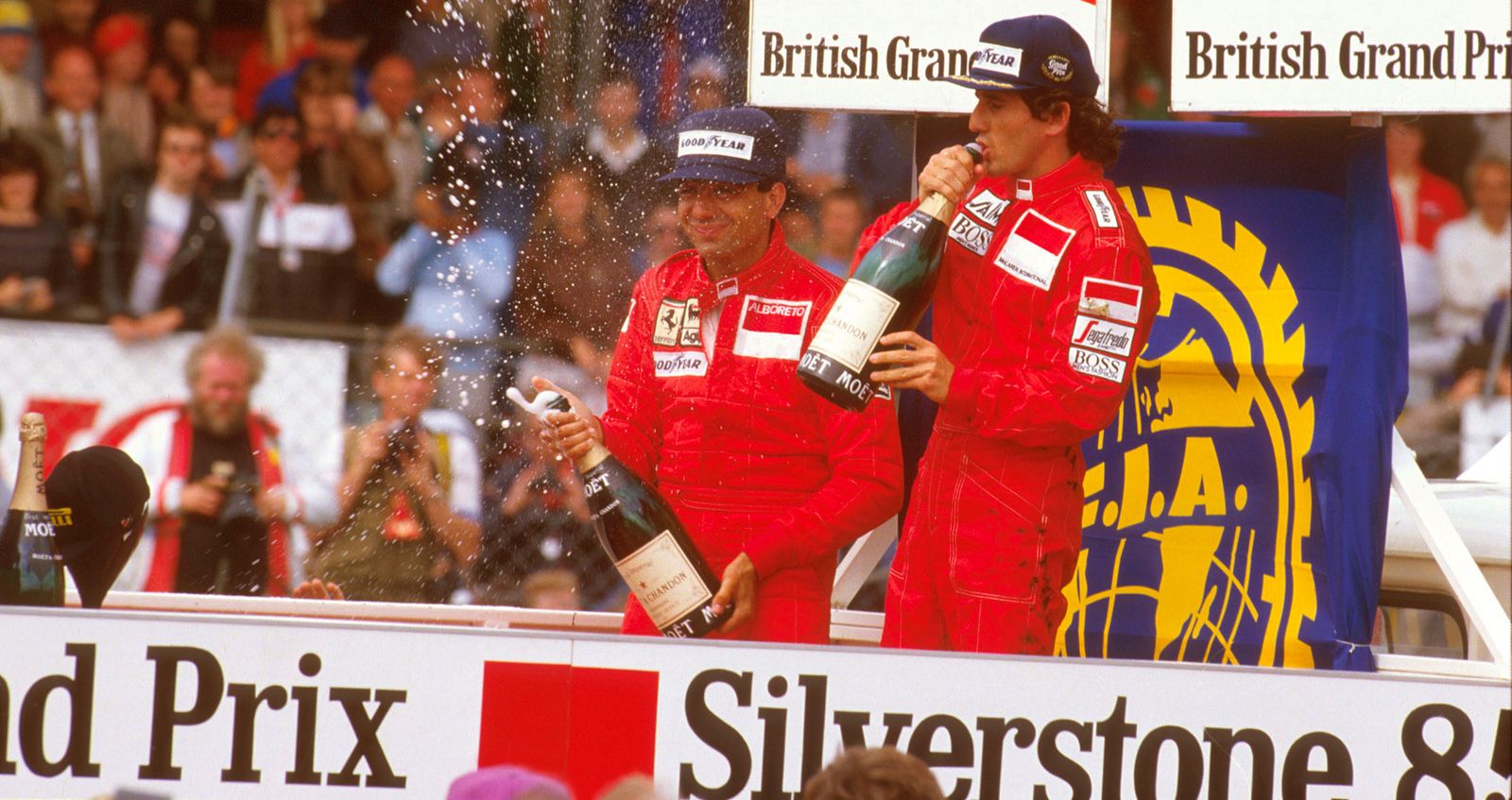 Remember it for: The late-race exchanges for the lead between Prost and Senna that ultimately resulted in Senna’s Lotus running dry. 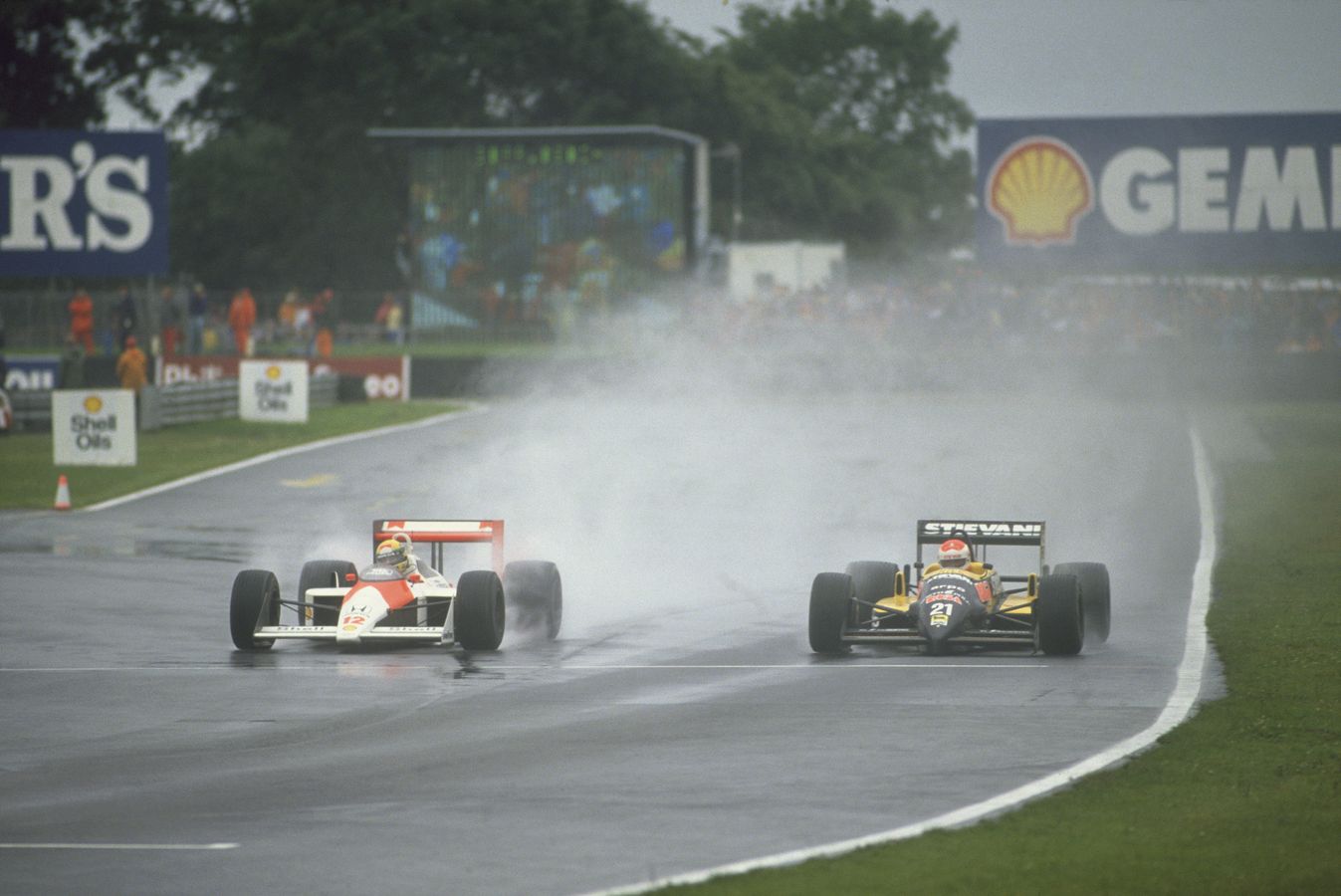 McLaren history lesson: This was the first (and only!) race of the year for which anything other than a McLaren was on pole position (the two Ferraris annexed the front row). That didn’t deter Ayrton Senna, however, who quickly powered into the lead and held it, taking his 10th grand prix victory in extremely wet conditions.

Remember it for: The thick, driving rain – this race was famously abandoned by Senna’s team-mate Alain Prost owing to the dangerous lack of visibility. 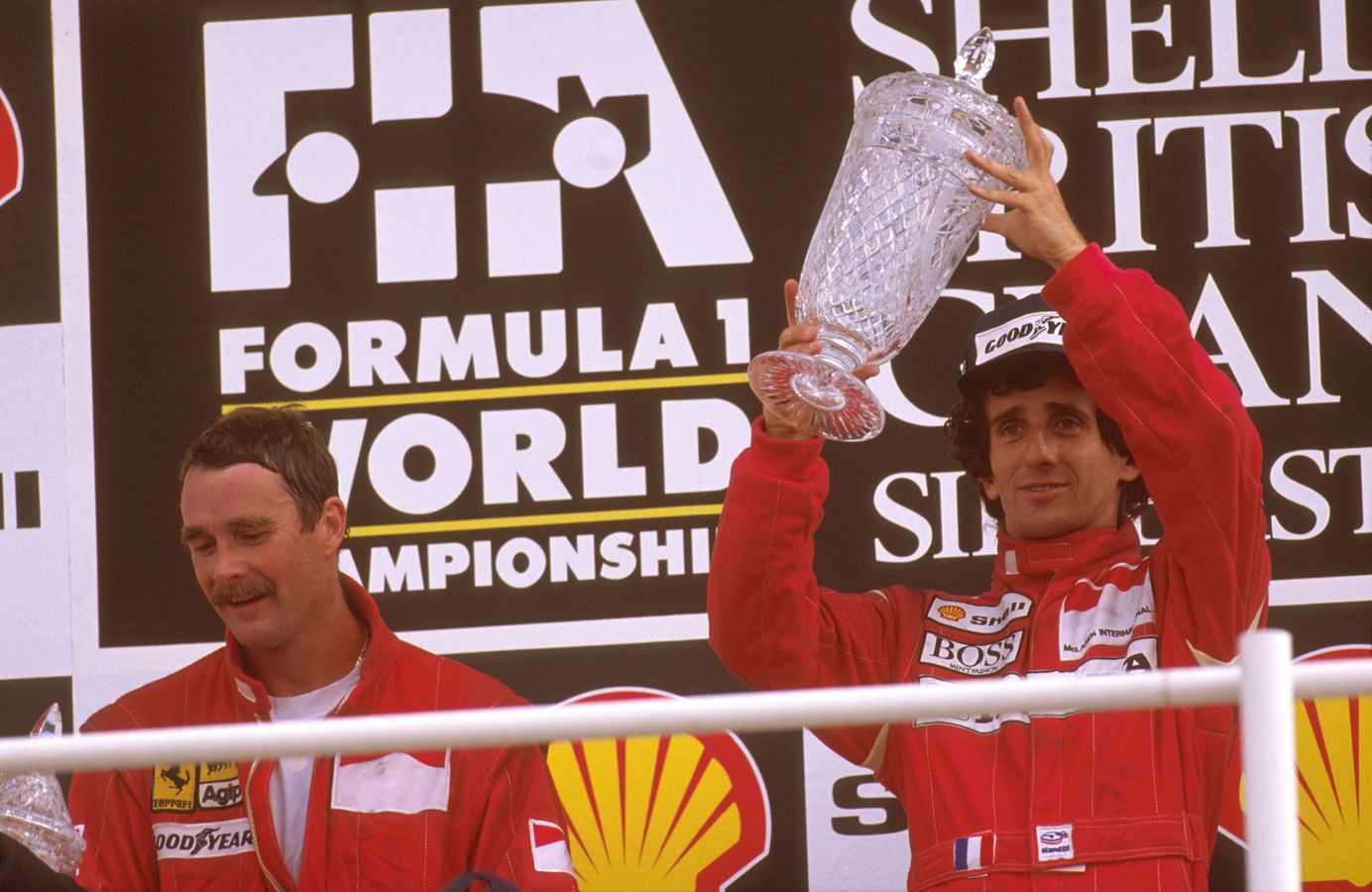 Win #9: Alain breaks down his rivals

McLaren history lesson: Prost controlled the race from the front, first overtaking team-mate Ayrton Senna when the Brazilian retired, then managing the gap back to the ever-fiery Nigel Mansell’s Ferrari. This was also the race when – bizarrely – both Minardis scraped into the points.

Remember it for: The battle-that-never-was between Prost and Senna: Ayrton was defending his lead when his gearbox broke on lap 11, suddenly pitching him into the Becketts gravel. 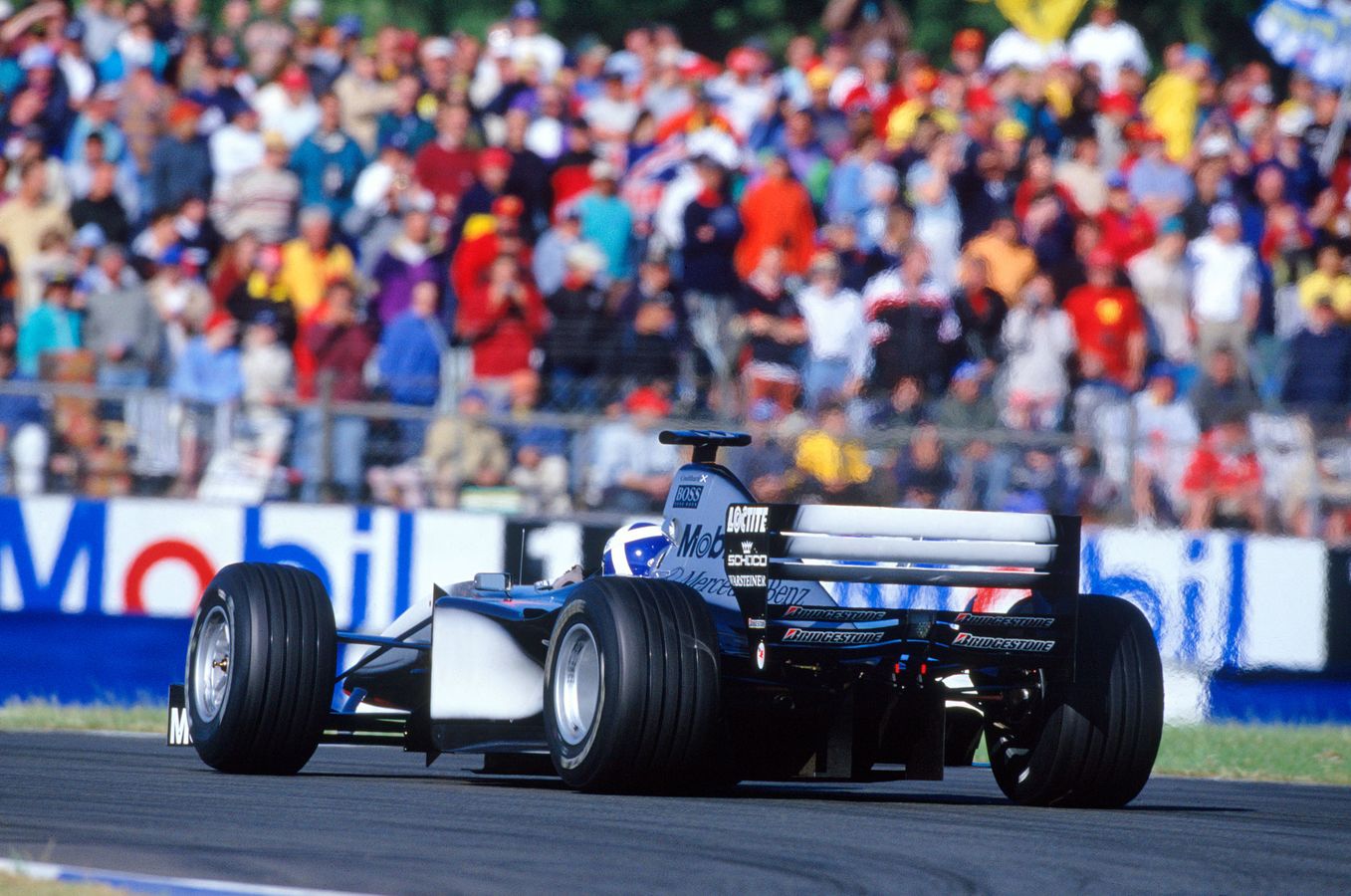 McLaren history lesson: The luckless Mika Hakkinen led until he encountered hub problems, first suspecting a wheel wasn’t secured properly, then losing it completely after a pitstop. The Finn’s retirement enabled David Coulthard to take the lead, from where he enjoyed a flat-out sprint against Ferrari’s Eddie Irvine to the flag. It was DC’s first British Grand Prix victory.

Remember it for: Michael Schumacher breaking his leg after crashing into the barriers at Stowe on the opening lap. 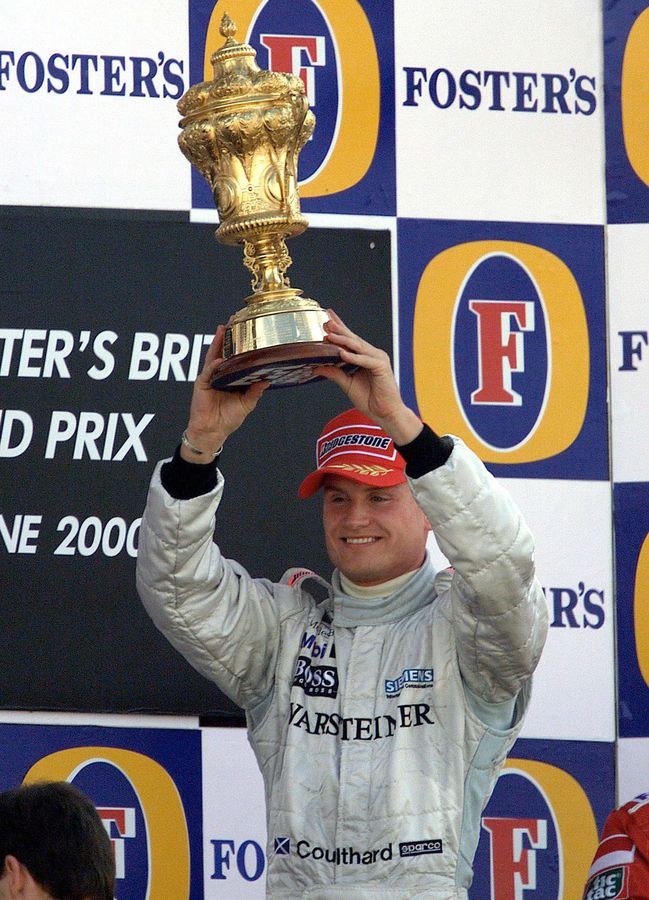 McLaren history lesson: This was truly DC’s day – he brilliantly overtook Ferrari’s Rubens Barrichello around the outside at Stowe to take the lead and win his second consecutive British GP. A young lad called Jenson Button scored points in the race too – his fourth-ever grand prix!

Remember it for: The rain and the muddy car parks! The British Grand Prix’s traditional mid-summer race had been brought forward to late-April, leaving the weekend cold, wet and miserable. 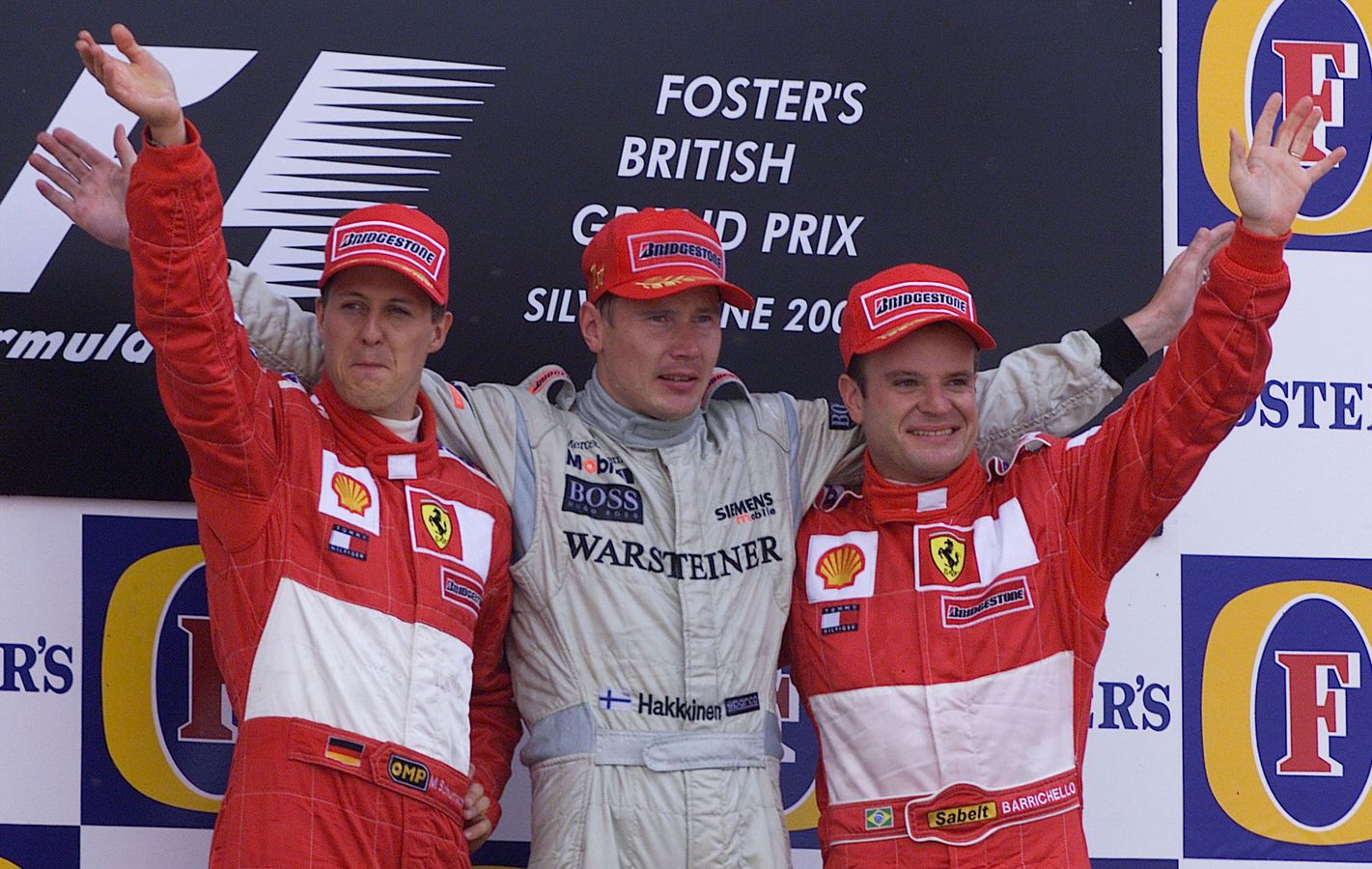 McLaren history lesson: At some point, Mika was destined to win this classic race: he’d led, and missed out, in 1997 (engine failure), ’98 (spin) and ’99 (loose wheel). In 2001, it all came good. This was one of those races Mika never looked likely to lose – with the bit between his teeth, he was absolutely unstoppable – he won the race by 33 seconds from arch-rival Michael Schumacher.

Remember it for: The first-corner clash with Jarno Trulli that harpooned David Coulthard out of the race. 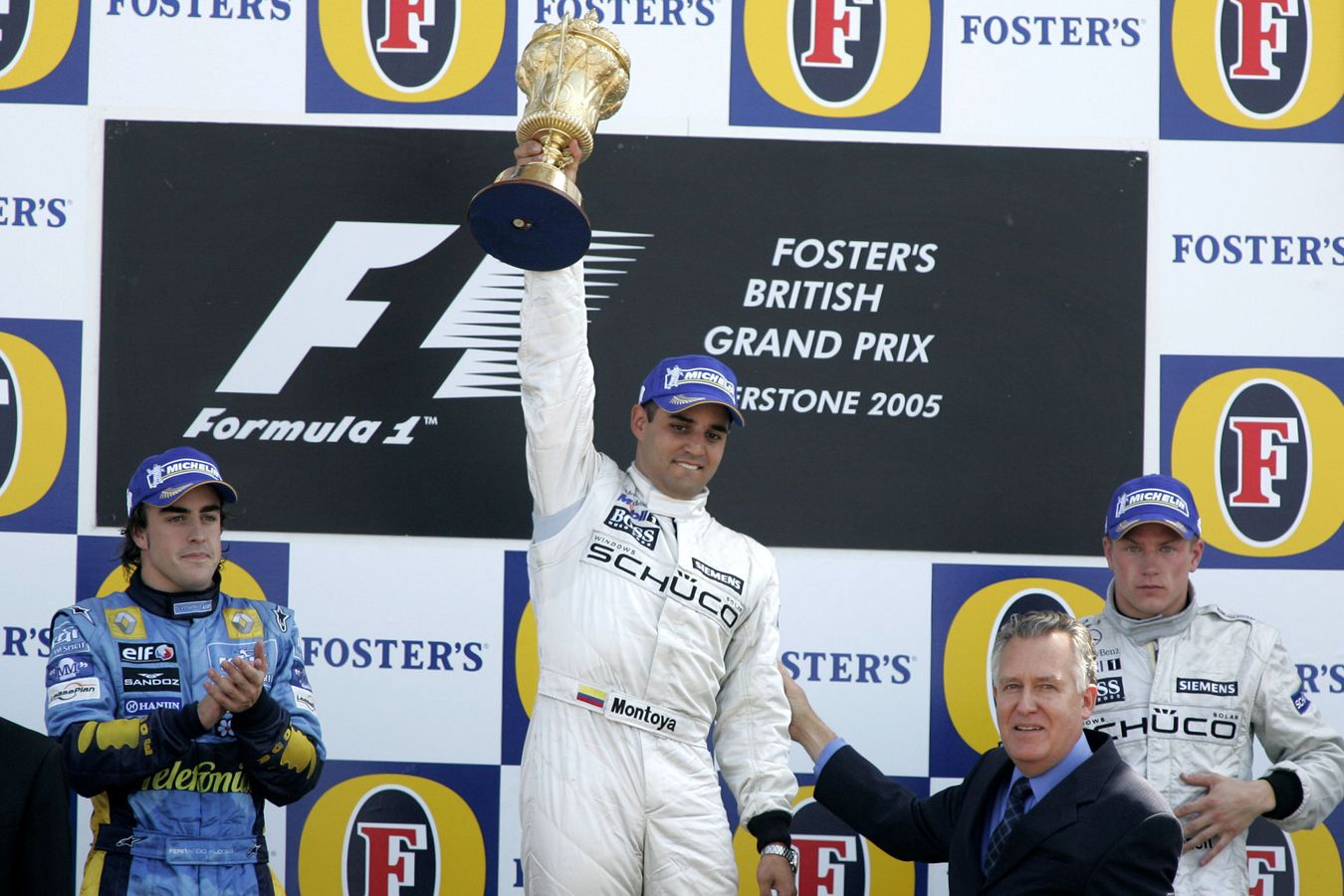 McLaren history lesson: The unstoppable force meets the immovable object: this was a fight between those two Latin bulls – Juan Pablo Montoya and Fernando Alonso. The pair dominated the race, but Montoya made the best of traffic to hold on through the pitstops and claim the win – his first for McLaren.

Remember it for: The battle of the giants – Montoya’s mighty move on Alonso to nose ahead into Becketts on the opening lap. Ballsy stuff. 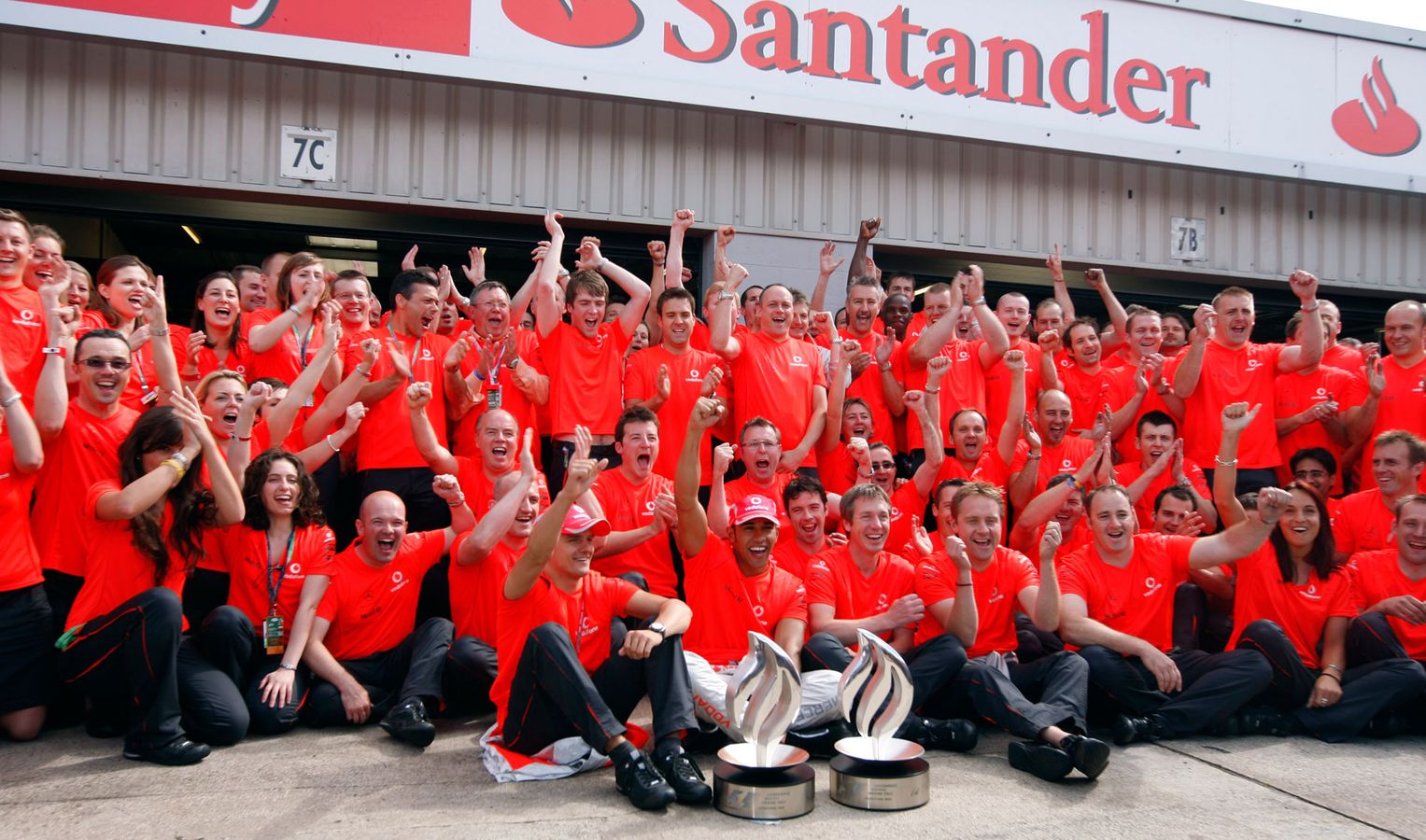 McLaren history lesson: This was Lewis Hamilton’s finest hour – an assured wet-weather performance that elevated him up among the true greats of the sport. It was somewhat fortuitous, however, for Lewis was struggling to find a balance for his car before the rains arrived on Sunday morning. This was s chaotic race – seven cars spun out, and only two joined Lewis on the lead lap.

Remember it for: Arguably, Lewis’s was the most definitive wet-weather drive since Jackie Stewart took his Matra MS10 to a four-minute victory at a foggy Nurburgring in August 1968.