"We got everything out of our package this weekend"

On different strategies (Kevin started on Option tyres before moving to Primes; Jenson, the opposite), we attempted a pincer movement in order to improve on our grid positions. That choice proved only partially successful – on the more conventional strategy, Kevin was able to run high in the top 10 throughout the race. He lost out on sixth to Sergio Perez in the closing laps after proving unable to hold off the Force India driver, who was running on markedly fresher (Option) rubber. Kevin consequently finished seventh.

Jenson had a difficult afternoon. From 11th on the grid, he dropped to 13th after being pushed wide at the first corner. Thereafter, he wasn’t quite able to get his tyres working, and spent the last two stints pushing to usurp Ferrari’s Kimi Raikkonen, who was running ahead of him for much of the race. Jenson eventually finished 11th.

"I really thought we were going to finish sixth today, but Checo [Perez] just had too much pace at the end of the race. That wasn’t great, but it’s positive that we’re making improvements. We’ve made progress this weekend, but we still need to keep pushing: we still need to find good, efficient downforce.

"Still, I think we got everything out of our package this weekend. It’s tough racing in the midfield pack, like we did today, but we’re going to get there. It’s maybe difficult to see it from the outside, but, believe me, we’re making improvements all the time."

"I’d hoped we could make up some places today, but it’s never easy to overtake around here. We went for a different strategy – starting on Primes – but it didn’t really work for us.

"At the start, Nico [Hulkenberg] pushed me wide at the exit of Turn One – there was no real need for that as there was enough room for both of us – so I lost a couple of places. From then on, my race was all about sitting in the train, waiting for people ahead of me to pit, and trying to make my strategy work – which in the end I couldn’t. It was a long afternoon’s work for 11th place. 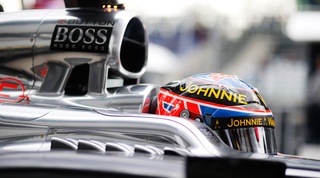 "Kevin drove extremely maturely all afternoon, balancing the need to turn fast laps when required with the ever-present necessity to manage tyre wear.

"For the first half of the race, he was able to maintain a steady sixth place, best of the rest behind the two Mercedes-Benzes, the two Williamses and Fernando’s [Alonso] Ferrari. He did well to hold that position until lap 66, when, running on worn Primes, he was unable to prevent Checo, running on fresh Options, from passing him.

"Jenson was never quite able to compensate for his less-than-optimal grid position, but he nonetheless did his level best to capitalise on an adventurous race strategy which in the end didn’t quite work out. As a result, he was able to finish only 11th, through no fault of his own.

"In summary, then, seventh and 11th isn’t the result we were hoping for, but, as I said yesterday, we’re on the right development path, even if the gains we’re making are frustratingly incremental at the moment. We’ll continue to work as hard as we possibly can in an effort gradually to enlarge those gains, but it won’t be an instant fix.

"Even so, we’re very much looking forward to the Santander British Grand Prix, at Silverstone, the spiritual home of British motorsport, where, once again, you can be well sure that Jenson and Kevin will both be driving their hearts out in an effort to put on a good show for McLaren’s many UK-based fans, who’ll be cheering them on from the packed grandstands all around the circuit." 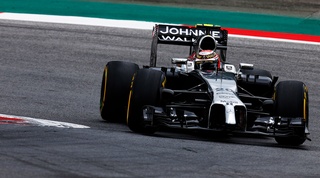 McLaren at Mosport: fast and furious