A regular fixture on the Formula 1 calendar since 1999, the Sepang circuit was the first of the government-funded, Hermann Tilke-designed venues that now prevail in the sport.

Several high-speed changes of direction, coupled with long straights and tight hairpins, make the 5.543km track a thorough workout. Good car balance is vital and it’s no coincidence that the winner of the Malaysian Grand Prix has gone on to win the world title for the past three seasons.

The heat and humidity of the tropics add another dimension to this race. Blistering track and ambient temperatures make it hard on tyres, tough on drivers and one of the most physically difficult races for all F1 personnel.

You can stay up to date with all of the action as it unfolds throughout every session of the 2013 Formula 1 Malaysia Grand Prix on McLaren LIVE! Click here to view. 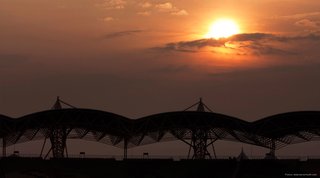 Driving for McLaren-Mercedes, Kimi Raikkonen won his first Grand Prix here in 2003. The youngster charged from seventh on the grid to win by a mighty 39s from Ferrari’s Rubens Barrichello.

2011 sees Jenson Button start fourth and, exhibiting the maturity and long-sightedness that is to define his season, looks after his tyres to take a tenacious runner-up position – his first podium of the year.

2005 - McLaren don’t win this race, but the pace of Raikkonen’s MP4-20 was astounding. After suffering a mid-race puncture, he blasted back through the field to finish ninth, setting fastest lap.