The track at Hungaroring was built in just eight months ahead of staging its first grand prix in August 1986. And it’s been a regular fixture on the calendar ever since.

The 2.722-mile/4.381km track is the slowest permanent circuit of the season. It’s narrow and bumpy, and its five 180-degree hairpins place a great deal of emphasis on low-speed mechanical grip. Braking and traction are also crucial in order to set a competitive lap time.

The track isn’t used much during the year, so the asphalt is normally very dusty and slippery at the start of the race weekend. It takes most of FP1 on Friday for the cars to create a clean line, after which set-up work can begin in earnest. As was the case in Germany, the teams will be working with Pirelli’s medium and soft compounds. 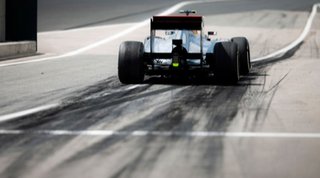 1992 sees Williams lock out the front row of the grid, but squabbling on the dash to Turn One allows Senna to pass Mansell for second place. Race leader Patrese makes a mistake at half distance, handing the lead to Ayrton, who’s never headed.

On 3 August 2008 Kovalainen wins his first grand prix and, in so doing, becomes the 100th different winner in Formula 1 history. He takes the lead two laps from the chequered flag, when Felipe Massa’s engine blows up. But a win’s a win.

Early-season problems with the MP4-24 in 2009 are overcome by a series of updates at Hungaroring. Lewis qualifies fourth, takes third on lap 1, second on lap 4 and the lead when Alonso pits. It’s the first victory in Formula 1 for a KERS-Hybrid car.