The London Grand Prix by Santander may be powered by imagination, but it is underpinned by scrupulous research. World renowned architectural consultancy Populous, whose work includes London’s O2 Arena and the recent redevelopment of Silverstone, have come up with an event plan which is genuinely achievable. Populous architect John Rhodes explains.

Q: How much thought went into the design of the London Grand Prix by Santander track layout?

A: Delivering an event within an existing city is a lot more sophisticated than just sitting down with a copy of the A to Z! This event is about entertainment as well as sport, so we mapped out some of London’s most recognised places and landmarks and then worked out how we would integrate them within the layout. The design process was driven by the twin requirements of creating an exciting circuit and giving the best view of the iconic places associated with it. Pretty much everyone who has ever sketched out a London Grand Prix circuit has included Piccadilly Circus, but to us that just wasn’t going to work. The surrounding infrastructure just wasn’t what would be needed.

Once we had taken a preliminary look at a circuit outline, it was then important to absorb and respond to the driver’s perspective, and that’s where the contribution of Jenson and Lewis was critical. Having two World Champions at your disposal to critique and improve the design really means we have had absolutely the best insight conceivable, so we are very happy that Lewis described the circuit as ‘utterly epic’.

We also put a lot of energy into the kit of parts for specific infrastructure items such as the garages and hospitality suites – there’s a plan for everything from how they would be delivered to how they could be re-used afterwards for other events. And we surveyed the site very carefully so that the plan would be achievable for real. You wouldn’t have to remove a single tree. We even worked out how to manage the transition over the kerb from the track itself into the pits.

Q: Populous recently worked on the redevelopment of Silverstone, and before that you turned the derelict Millennium Dome into the thriving O2 Arena. What lessons did you take from that into the London Grand Prix by Santander?

A: One of the key aspects of a venue’s sustainability is maximising its business potential – to have a diverse revenue with all sorts of things happening throughout the year. For a permanent race circuit such as Silverstone that could mean activities that aren’t even related to motor sport – cycling, for instance. With the O2 it meant having restaurants, a cinema, an exhibition area and a more intimate concert venue as well as the main hall itself, which has hosted everything from Barry Manilow to ATP Tennis. There’s always something going on for people to involve themselves with.

In the long run, I think motor racing can be among the most sustainable sports because the technology associated with it – the technological arms race, if you like – is increasingly focusing on energy efficiency. There are already many competitive incentives to use less fuel. And there’s no reason not to use that approach in the facilities as well as the cars.

We wanted to create a sustainable architecture for the pit complex and that takes a lot of thought and planning. Sports buildings are different to offices or houses – they have a very high peak usage. With any race circuit you start with a master plan and look at everything – even the way the wind is channelled, because you can harvest that energy. All of these things have to happen early in the design, and there are other challenges as well. With passive ventilation systems the acoustic properties of F1 cars going past gives you plenty to think about. You need a very different noise attenuation strategy.

So what we have here is an existing location, easily reached by public transport at a number of points. The pit garages, hospitality suites, media areas and race control are a modular design which fit in around the existing trees on The Mall. They can be delivered and taken away really quickly with minimal impact on the landscape. We took a similar approach with the Olympic equestrian events that will be held this summer in Greenwich Park, which is a World Heritage Site.

Q: Is it possible to fit all the Formula 1 personnel into such a tight space by The Mall?

A: It’s a very tight environment so you can’t go with a traditional paddock building. Essentially the technical areas are within the garages themselves, very much like Monaco, and the hospitality suites are integrated as well. They nestle within the trees without touching them, so the trees become part of the architecture. The stainless steel canopies of the hospitality suites will create lots of reflections, lots of opportunities to look down the circuit. It engages with St James’s Park – it’ll be almost like a garden party.

Q: How much influence did security and public transport have in your plans?

A: We’re great believers in inserting events into cities. From a sustainability point of view, you’re maximising the use of existing infrastructure. Central London is used to these sort of events, with things like the London Marathon, gigs in Hyde Park, the Diamond Jubilee. There are precedents and strategies associated with delivering large crowds to that area and this is one of the reasons why the London GP is viable and would add another important string to the city’s bow as a great city venue for international sport.

An event like this would have a localised impact on the traffic systems of London, particularly on the Embankment and in Trafalgar Square. But I don’t think it’s a problem. We have a number of major public transport hubs just a few minutes away on foot. Waterloo Station is very close, as are a great many tube stations. And of course we can use the river.

It would be quite easy to make the area secure. It’s a caged environment, so the spectators would be safe from debris, and the access points are manageable. With the Olympics coming up there’s been a great focus on security and you could channel that expertise into an event such as this.

Jenson and Lewis present the London Grand Prix by Santander 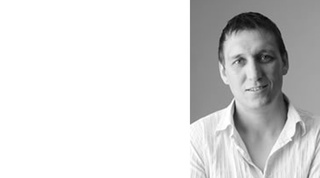