Turbo Heroes: The Story Behind

When McLaren and Honda specced the original Turbo Heroes 8-bit movie, it was against the backdrop of an emerging ’80s retro computer-theme nostalgia that was beginning to surface across popular culture.

First, the Kickstarter-funded Kung Fury movie broke the internet, launching a successful spin-off video game styled in the exact manner as a classic coin-op arcade machine from the 1980s. Then followed Hollywood premieres and the video-game resurgence of classic ’80s arcade games.

So if Turbo Heroes appears to be swimming behind the wave, rest assured that we firmly felt like we were surfing it when we created it!

So why did McLaren and Honda go retro-tastic with Turbo Heroes?

“For a number of reasons, both practical and creative,” explains McLaren group head of digital Rob Bloom. “We wanted to create a video that featured the exploits of Fernando and Jenson, and first envisioned a real-life racing game where they would battle each other around a crazy course, using every weapon in their armoury to get ahead.”

It was a bold idea – but almost impossible to do justice to practically. In addition, the world of arcade racing games was so extreme that we felt our real-life version would look tame in comparison.

And, besides, didn't we already watch Fernando and Jenson race each other every other weekend at grands prix? Should we be a bit more daring?

“It was then that the idea of transferring the concept to a watchable video game was first discussed,” adds McLaren media manager Steve Cooper. “It also offered the scope to do literally anything with our two protagonists. If we wanted Fernando and Jenson to race on the moon, using rocket ships, where they could battle an evil green alien, we could do it all – and more – in 8-bit.”

Cooper adds: “The notion of retro gaming also chimed nicely with McLaren-Honda’s roots in the late 1980s and early ’90s, the era when iconic console games really took hold. This was the first-generation of a gaming culture that, after the home computer boom of the early ’80s, kickstarted the current gaming revolution.”

For those involved in its creation, Turbo Heroes was a healthy slice of nostalgia:

“From our initial brief, we slimmed down the concept to incorporate a number of truly iconic videogame tropes – the arcade racer, the beat-’em-up, and the horizontal scroller,” explains Bloom. “Then we wrote a script that gave us a suitably memorable videogame villain – Exhaustus – and a McGuffin – a Hollywood term for the artifact or device that drives the plot forward – which, in this case, was the fabled jade dragon of Suzuka, which doesn’t really exist, by the way.”

To complement the finished two-and-a-half-minute video, the team created assets to support and extend the campaign, including teaser and blooper reels, and a pair of additional endings open for voting for by McLaren and Honda’s social media followers. 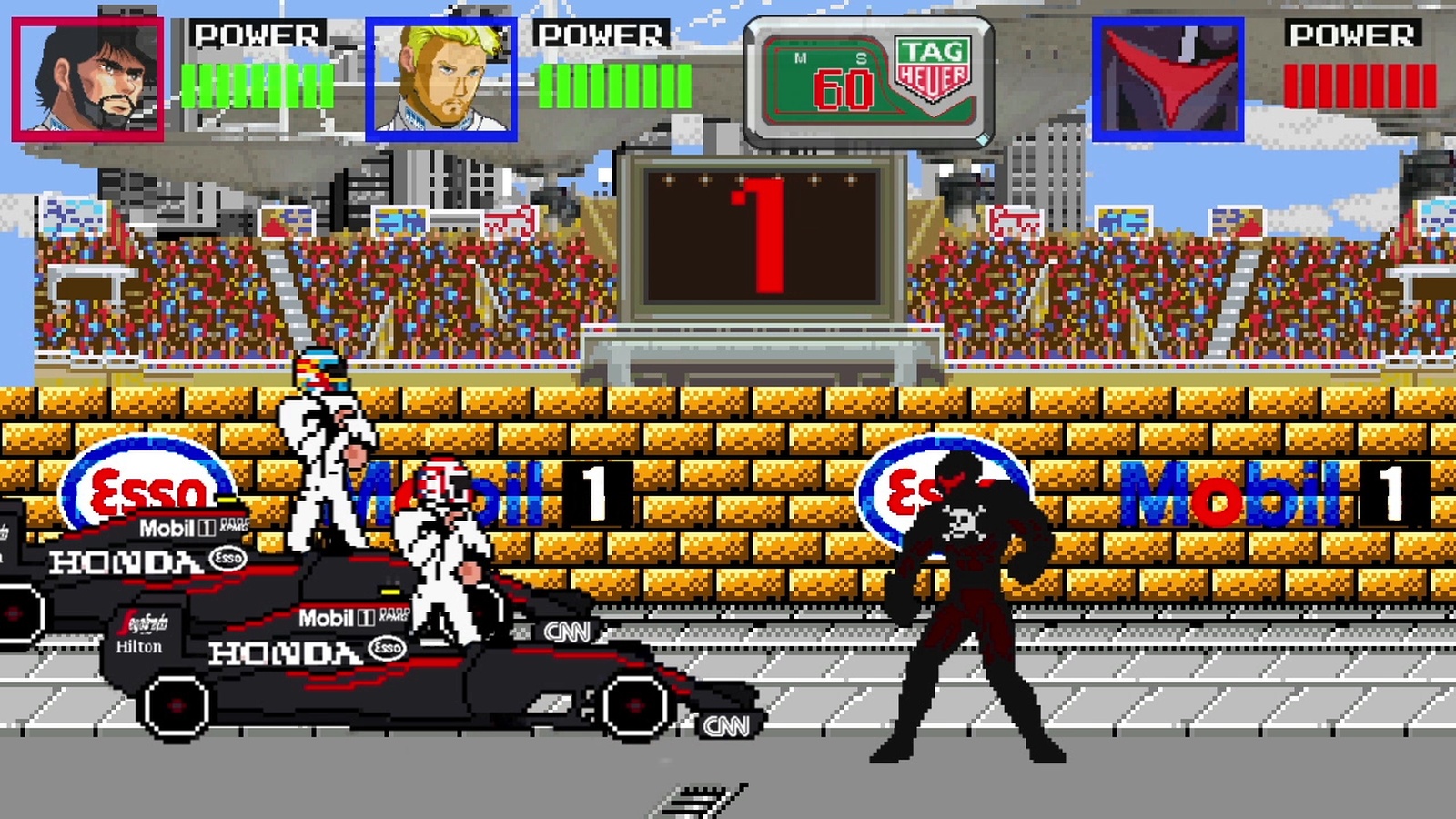 A year behind the scenes with McLaren Honda