Today marks a remarkable milestone in Director of Design and Development Neil Oatley’s outstanding career as an engineer. It is his 25th anniversary of working at McLaren, but unless you already knew that it’s unlikely that the man himself would ever tell you. This quiet and unobtrusive character is happy to be a backroom boffin who operates out of the spotlight, and redefines the expression ‘self-effacing’.

Born on June 12th, 1954, he graduated with an automotive engineering degree from Loughborough University in 1976, but his first job was with Consine Dynamics where he designed rolling-road dynamometers.

His career in Formula 1 kicked off at the end of 1977 when he was recruited by the newly emergent Williams Grand Prix Engineering. He worked there as a design draughtsman with Patrick Head and Frank Dernie, and over the next seven years became a race engineer of great note with the likes of Clay Regazzoni - working with the Swiss racer to score Williams’ first Grand Prix victory at Silverstone in 1979 - Carlos Reutemann in 1980 and 1981, and then Jacques Laffite. Williams World Champions Alan Jones and Keke Rosberg also benefited from his considerable expertise in setting up race cars.

“Neil joined us late in 1977 and had previously been working on design of dyno installations, so nothing like motor racing,” recalls Williams’ Director of Engineering, Patrick Head. “But he soon showed himself to be a very committed designer with the ability to produce truly beautiful drawings.

“His very quiet outer demeanour hides a very competitive streak, which often used to show up strongly when we had cause to compete on the track in karts or such like. I remember one time way back in 1980 or so, around the Long Beach Grand Prix, that we went to a track where there was racing in small cars, bigger than karts, with Al Unser and others from Longhorn Racing, for whom we were doing some work. Neil was determined to be fastest and spent more time off the track than on, collecting cones everywhere. Eventually the circuit managers got fed up with him and he got told very firmly to cool it or be banned.

“I also remember him turning up to Brands Hatch, in 1980 I think, when he was running Carlos Reutemann. He was dressed in his team gear but covered in gravel rash, with his shirt and trousers torn, and signs of blood seeping through from the gravel rash. He had come off his motorbike (I think it was a big shunt that he was probably lucky to survive) on one of the small lanes approaching Brands. He was very stiff, and clearly in pain, but simply changed into new uniform and did his job.”

“Neil is a top man. He does not say a lot, but what he does say is always worth listening to. His wit and sense of humour are tremendous.

“We shared a room at many of the races and whilst we were always very serious about our racing the Monaco Thursday night was always a night for the letting down of hair. One year we had only just got back to the hotel after all-night reverie when Frank W. phoned wanting to know if we wanted a lift to the circuit before the track closed. We declined and made it later in the morning.

“In the Williams motorhome Tim and Maureen always had a bowl of hard boiled eggs available. Carlos Reutemann was partial to them and often grabbed one. A certain N. Oatley decided to put an uncooked egg in the bowl, which Carlos later cracked on to the knee of his overalls, as was his wont. Very messy!

“There was much enjoyment of rental cars in the old days in a way which would be unacceptable now. One year at Hockenheim testing, rain stopped play. Neil decided to do a few laps in the rental car. One of the mechanics, John Cadd, asked to join him and off they went. Apparently John thought the blocks of polystyrene fencing off the old circuit where the new chicanes had been put on the straights were concrete, and announced to Neil how foolishly dangerous he thought that was. Some laps later Neil had a ‘brake failure’ approaching one of these blocks flat out and drove straight into it - to the abject terror of JC.”

At the end of 1984 Neil was recruited by Carl Haas to join the newly formed FORCE team which was comprised of many former McLaren people, and would be sponsored lavishly by Beatrice. He would share the role of Chief Designer with John Baldwin.

“It was,” Patrick says today, “a sad day for us when Neil moved on to Beatrice.”

The legendary Tyler Alexander worked with Neil both at FORCE and, later, at McLaren.

“After coming to work for us at FORCE in 1985,” he recalls, “Neil and I were vying to be the last to leave every night, Neil in the design office and me welding up suspension parts. He could best be described as the ‘backbone’ of the design and car building side of things. We’ve been friends ever since.”

When the ambitious Beatrice project foundered at the end of November 1986, Neil moved to McLaren, where he worked with John Barnard until the latter moved to Ferrari. Gordon Murray and Steve Nichols were responsible for the legendary MP4/4 chassis which won 15 or the 16 races in 1988 and both the Drivers’ and Constructors’ World Championships. When Murray moved over to the new McLaren F1 roadcar project Neil was made Chief Designer.

He had proved himself with the design of the 1989 McLaren-Honda MP4/5, which had the unenviable task of living up to the success of the MP4/4. It honoured that legacy despite significantly hotter competition, as Ayrton Senna and Alain Prost won 12 of the 16 races. Prost regained his World Championship crown from Senna, as McLaren retained its Constructors’ title.

As Chief Designer, Neil’s cars won further World Championships, with Senna in 1990 and 1991, and Mika Hakkinen in 1998 and 1999. In 2003 he moved to a new role as Executive Director of Engineering, as Mike Coughlan became Chief Designer.

Alexander remembers the test and launch in Barcelona for the first MP4-14, when the car didn't appear at the Circuit de Catalunya until the very early hours of the morning of the event. “There was a somewhat impatient group who had been waiting for the car and sundry parts to arrive. When it finally did, Phil Collins turned to Neil and said: 'Couldn't you have started this project six hours earlier!’”

Today, as Director of Design and Development, Neil’s brief is to harness his years of experience and bring them to bear during the specification, design and build of each new car and its subsequent upgrades. There has been a significant number of them this season, and the process is of course ongoing. Despite his years in the sport, and at McLaren, his drive and energy have never wavered and he remains quietly determined to keep fighting at the cutting edge of his sport.

“Neil has been in a great number of ups and downs over the years which he and I have talked about, and he has always kept a steady and level grip on things,” Alexander says. “As well as being a very good friend, he’s fundamentally a ‘rock’ who holds things together and works very hard at that.”

“After a quarter of a century at McLaren, Neil’s passion, enthusiasm and pure love for our sport – and our team - remain undiminished. He exemplifies the McLaren ethos in many ways, he strives to be the best and beat the rest, quietly and calmly, and has been at the very heart of a huge number of our greatest triumphs. Neil’s contribution is as valued as it has ever been and I hope he continues to gift us his pearls of wisdom for many years to come.”

Behind the scenes, Neil’s passion for the sport is underpinned by his love of fast motorbikes - he frequently rode down to Magny-Cours in the old days - and has one of the largest collections of motorsport books and magazines. Friends welcome his regular emails highlighting youtube footage of bygone races, and all manner of historic topics. His knowledge is, of course, encyclopaedic.

He doesn’t attend many Grands Prix these days, preferring to stay back home and to spend his time productively working on things that make the McLarens go faster. But he made a rare appearance in India, and it was fun when my business partner Joe Saward and I caught up with him over breakfast in the team’s hospitality area one morning. A media colleague later joined us and, as we walked away, he said: “So that guy was Neil Oatley? But you guys seemed to do most of the talking…”

That’s the way it is with Neil. He’s always been the one who is happy to sit on the fringe of the conversation, shyly taking it all in, never missing a trick, but making his own contribution only when he is pressed or feels it’s apposite.

But look at the form of the McLaren MP4-26 out on the track this season: The second placed car in the World Championship for Constructors. A winner three times thus far in Jenson Button’s hands, twice in Lewis Hamilton’s. That’s where Neil Oatley finds his voice and does his talking, and it speaks volumes.

McLaren Formula 1 helps search for design stars of the future 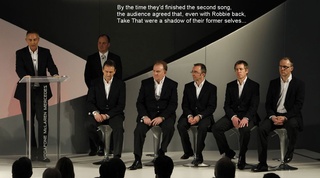