The very first world championship grands prix saw racing drivers appearing in short-sleeved cotton polo shirts, leather shoes and string-backed gloves. The primitive crash helmet, if that were the correct term, was simply a thin leather skullcap. Yet it has become the defining icon of a grand prix driver, and has endured almost as many leaps in technology as the cars themselves.

Here, we take a look at the advances in crash hat safety since McLaren arrived on the grand prix scene in the 1960s. 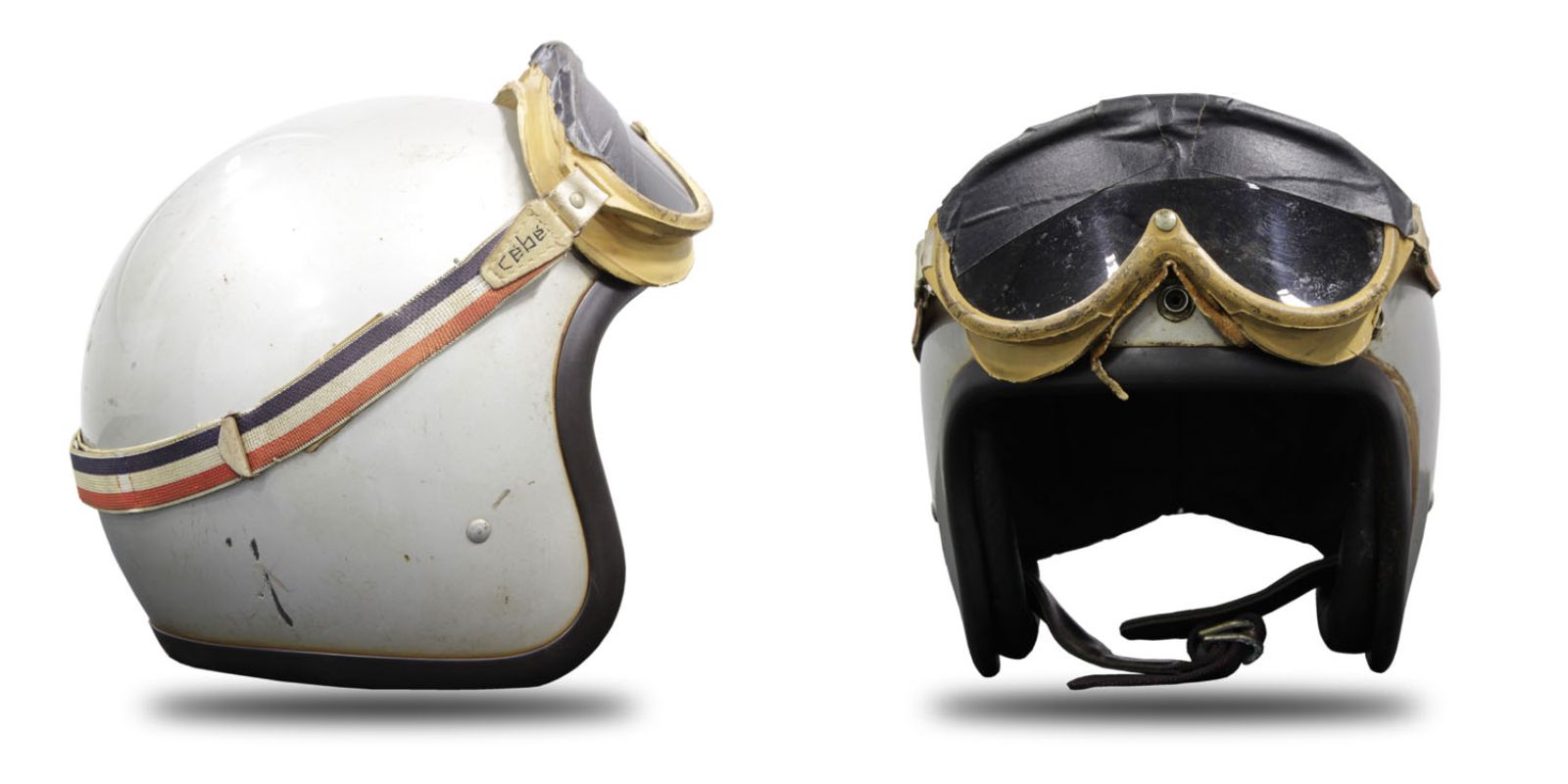 By the start of the 1960s, pilots had migrated to wearing open-face helmets such as this, often matching it with a face-protecting neckerchief and a pair of goggles – often blanked off with tape to provide protection from the glint of the sun. This is the very helmet Bruce was wearing when he was killed testing his M8D CanAm car at Goodwood in 1970.

Triple world champion Sir Jackie Stewart spearheaded the safety revolution of the 1960s and 1970s – a crusade that saw improvements to guardrails, circuit medical facilities, fuel tanks and seatbelts, and also saw the introduction of full-face helmets. This James Hunt helmet from 1976 also included additional safety measures that were common for the time – a Velcro strip around the base, to which a fireproof neck protector was attached, and a pipe fitting for an in-cockpit oxygen supply – activated in the event of a fire.

With the silhouette now in place, helmet design became more of an iterative science – in the 1980s, internal padding and construction was improved. Nevertheless, this Alain Prost helmet from 1988 was still a relatively simple affair, featuring only minimal ventilation and the simplest of onboard radio communication systems.

Has there been a more iconic helmet in Formula 1 history? Ayrton Senna’s distinctive yellow crash helmet sent out a marker to the great Brazilian’s rivals – they’d catch sight of the brightly coloured lid in their mirrors and know they’d soon be overtaken. This is Ayrton’s helmet from 1993 – with pit-to-car radios now the norm, this was internally routed for radio cables and tiny microphone, fitted into the chin bar. 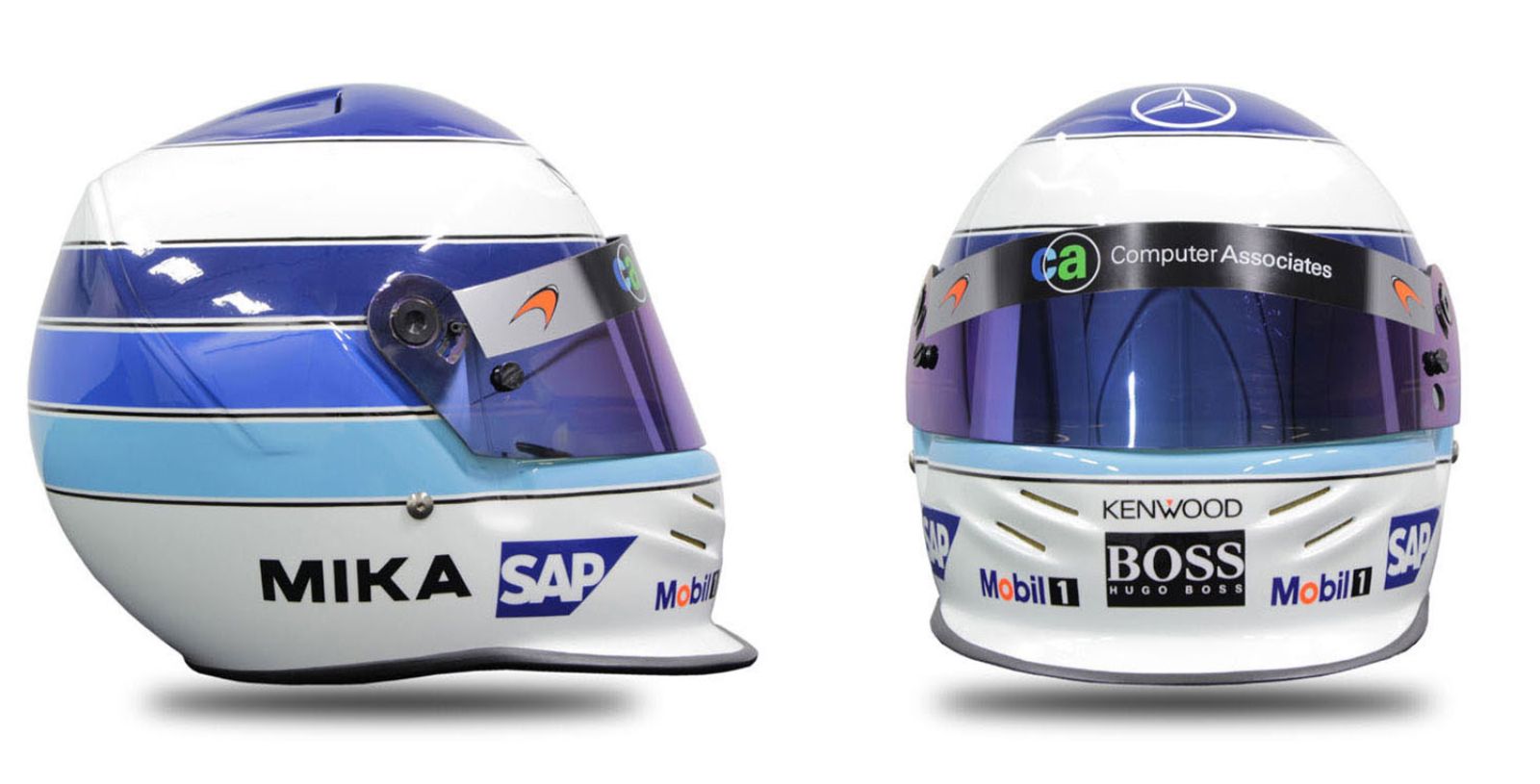 This helmet is representative of the era’s brief flirtation with aerodynamically shaped helmets – many lids around this time feature a sculpted front bib and a contoured rear spoiler to more effectively channel airflow around the cockpit and engine airbox. Ventilation was also becoming more sophisticated and efficient. 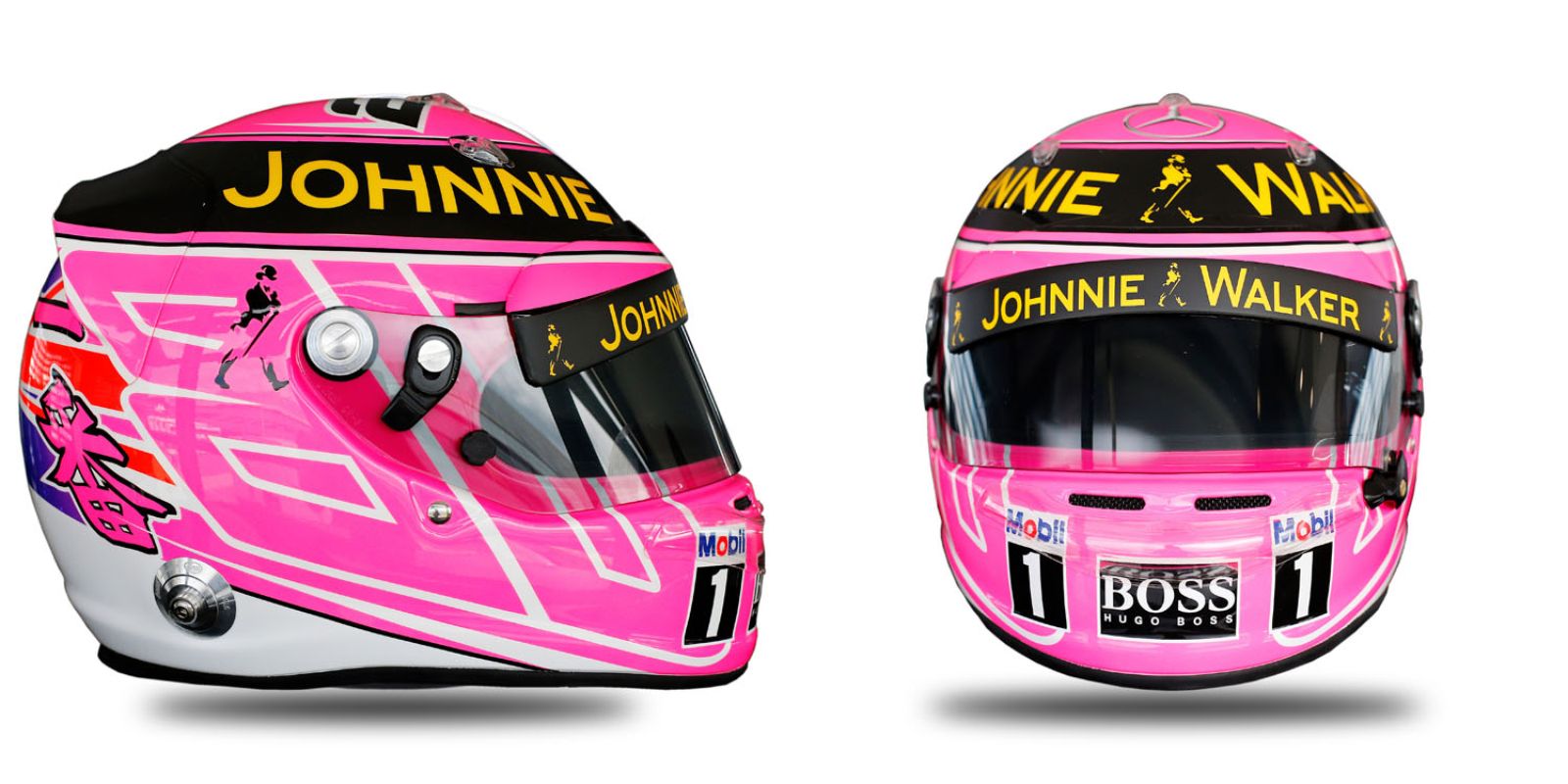 Into the modern era, helmet safety progressed along two key paths – the introduction in 2003 of the Head And Neck Safety (HANS) device, a support that restricts neck movement in the event of a crash, and, in the wake of Felipe Massa’s 2009 accident at the Hungaroring, the addition of a Kevlar protective strip to strengthen the visor. Nowadays, drivers regularly apply different paintjobs, or introduce a particular colourscheme to mark a particular event – such as this pink helmet introduced by Jenson Button at Silverstone in 2014 to celebrate the life of his father, John.