It has been six years since the first Formula 1 race was held in Singapore, but I am not tired of being a part of it. The Formula 1 world does not seem to tire of returning either, judging by the excited social media updates that I read in the week preceding the Grand Prix, and it is easy to see why.

The city skyline is absolutely stunning as it is illuminated by dancing lights for the weekend, and the futuristic architecture complements the cutting edge technology on the tarmac. With the music stages close to the track's edge, roaming performers around the circuit and world class music acts headlining the concerts, the party atmosphere is palpable.

In the weeks leading up to the race I could watch the circuit take shape as the barriers and the grandstands were erected. The sight of F1 cars threading between malls, skyscrapers and colonial buildings under floodlights is still unique to this venue and as a local, it is especially significance as I grew up with many of these places and still visit them regularly.

What is the best part about this street circuit? With three different subway lines passing through it, it is easy to access from any part of the tiny city. The drivers and the teams stay in hotels around the track and I have frequently crossed paths with them. One of them was McLaren Racing Director Eric Boullier, and he was kind enough to take a photograph with me. 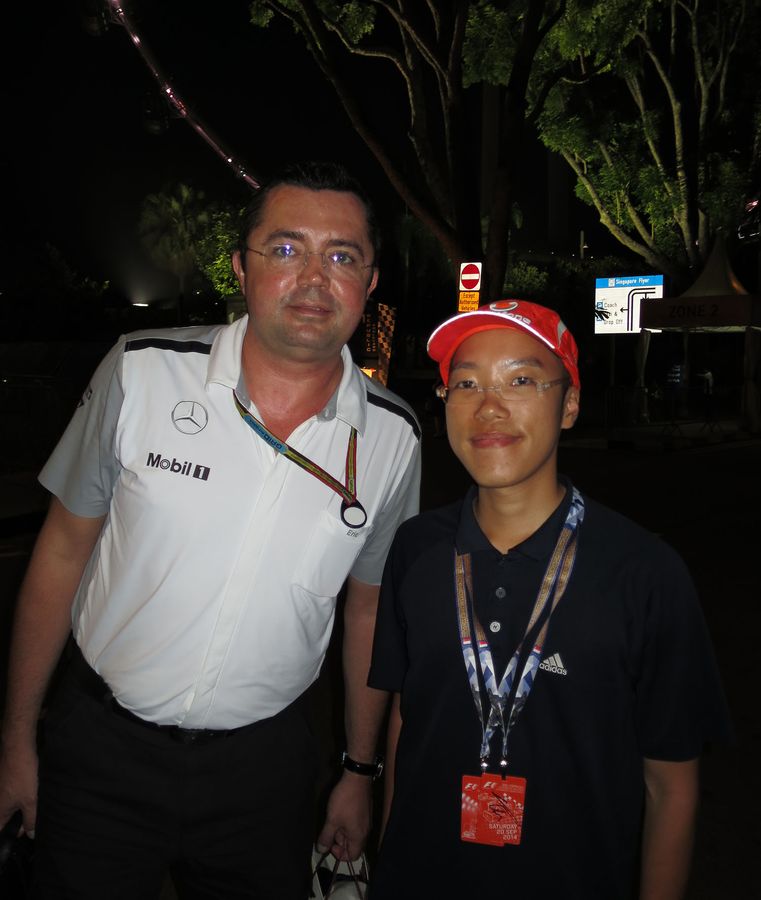 The weekend began on Thursday, when I was among the 2500 lucky people invited to take a closer look at the team garages. We witnessed the teams practise tyre changes and saw a few drivers go on track walks to reacquaint themselves with the corners, the bumps and the kerbs. After seeing the 2014 cars in the flesh, I still have not fallen in love with them, but who cares when they are still blindingly quick and are even more energy efficient than before?

My walkabout ticket allowed me to watch the trackside action from several different locations around the circuit on Friday and Saturday, an arrangement which I liked for its flexibility. That also meant a lot of walking, as the ticket name suggests. It is impossible for anyone to stay dry in the humid outdoor heat even without moving around, but that was the only certainty about the weather - a massive thunderstorm after qualifying soaked everyone, even those with umbrellas and raincoats! 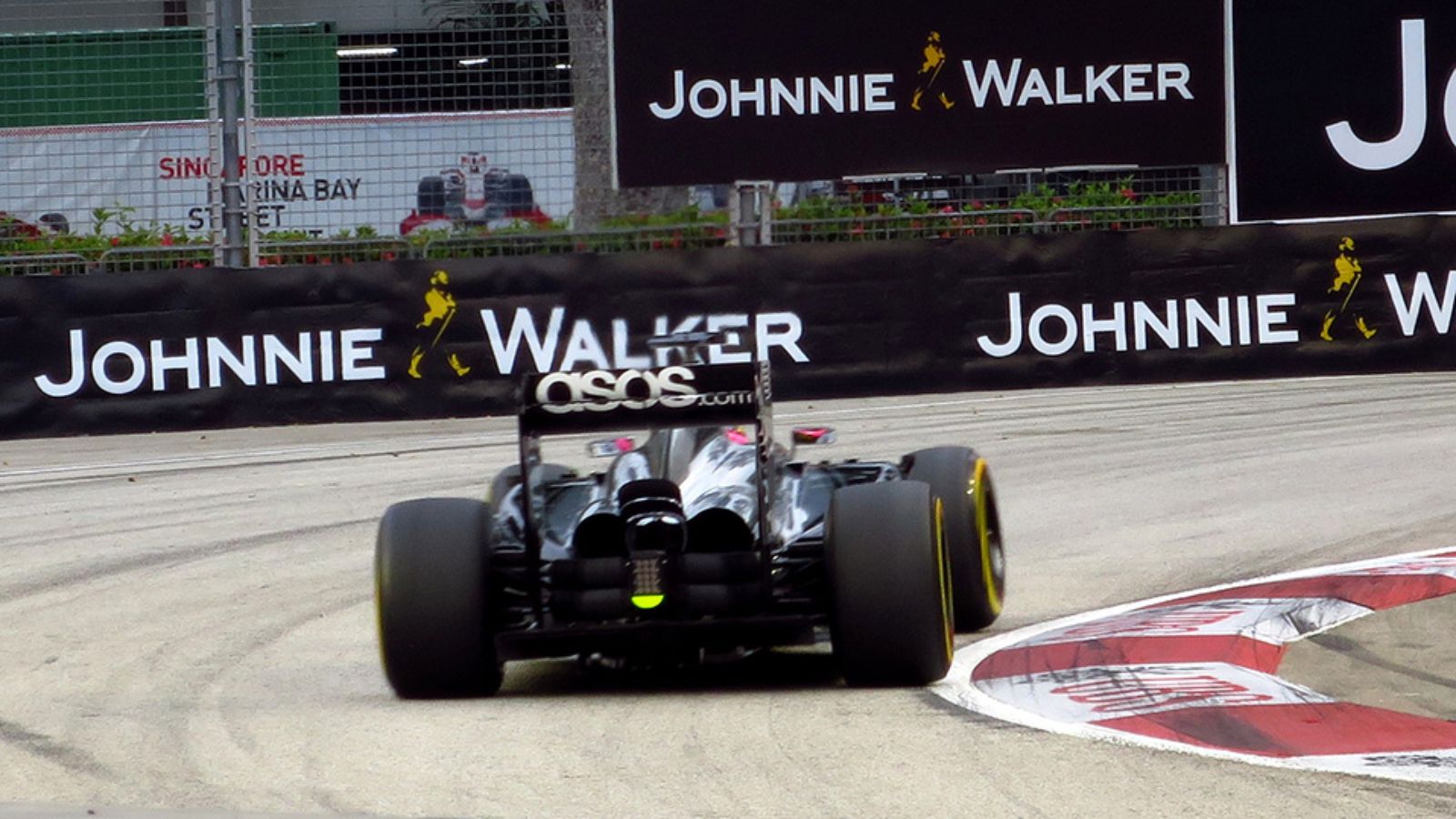 Using my prior experience, I found spots where the cars were just feet from the barriers, setting their brakes alight and smoking their tyres. Each of the three sectors is very different to drive, making it visibly difficult to get a rhythm. The drivers were very close to one another on the practice timing sheets, considering the lengthy lap time. The Ferraris and Red Bulls ran the dominant Mercedes cars close, and McLaren's Kevin Magnussen and Jenson Button were often within the top ten. 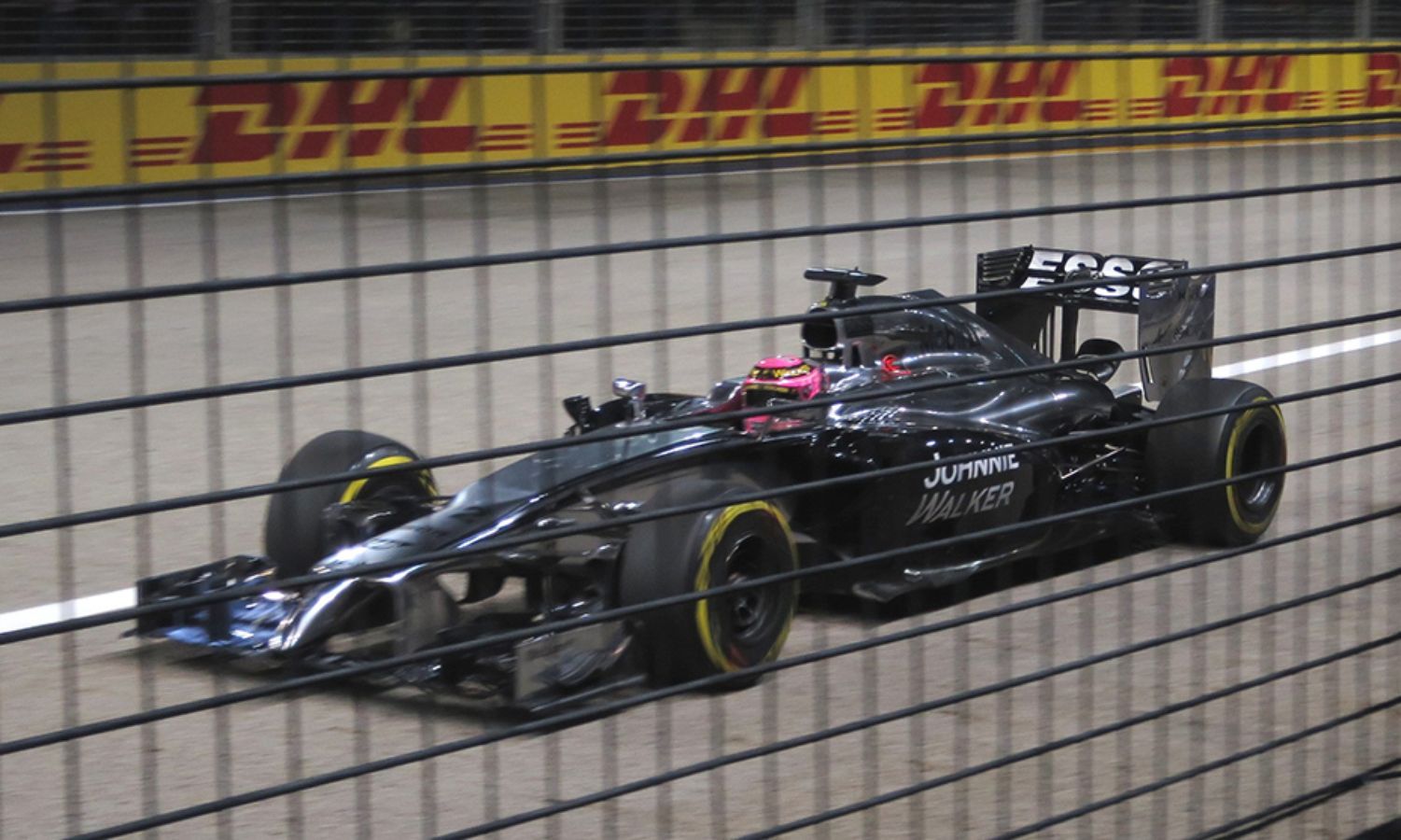 Race day began with smog-filled skies, but they cleared up as night fell. I picked a shady spot under the bridge near the end of the pit straight, and it afforded a great view of the start and several overtaking moves before Turn 1. Former McLaren driver Lewis Hamilton won the race from pole in dominant fashion, save for a couple of tense laps when Sebastian Vettel tried to fend him off after his final pitstop. Both drivers were well supported by the crowd, as evidenced by the cheers that erupted from different areas whenever the lead changed hands.

The Hamilton fans roared again when he crossed the finish line to set off the fireworks. For the first time, I joined in the post-race track invasion and witnessed the podium ceremony. Even then, all the teams had started packing up their garages, and that was the sign that another year of waiting had begun.

The weekend ended too soon though, and it left me with more great memories, gushing comments from friends abroad and a sleep pattern to fix. I hope the next twelve months until the next Singapore Grand Prix pass just as quickly!