Niki Lauda, whose three Formula 1 World Championships included one earned with McLaren in 1984, has passed away at the age of 70. The Austrian legend, who fought so hard to regain fitness after his crash at the 1976 German Grand Prix, had undergone a lung transplant last year.

Niki had an extraordinary career, and the determination he showed when trying to succeed in the sport was reflected in the way he returned from the accident that so nearly claimed his life.

Famously, Niki had to make it with no parental support, and had to finance his early career with a bank loan. In 1971 he paid for his first grand prix start with March at his home race in Austria, and the following year he ran a full season with March as team mate to Ronnie Peterson.

It was a move to BRM for 1973 that set him on the way to stardom. He showed well alongside Clay Regazzoni, catching the eye of Enzo Ferrari, earning him a seat at the Maranello team for 1974.

His sheer pace, combined with a relentless approach to car development and pursuit of physical fitness, saw him emerge as a major player. He scored his first grand prix win in Spain and took a string of pole positions as he helped Ferrari emerge from an uncompetitive spell. Everything then came together in 1975, when Niki beat McLaren’s Emerson Fittipaldi to secure his first World Championship.

The 1976 season has gone down in history. James Hunt replaced Fittipaldi at McLaren, and the colourful Englishman soon proved to be the strongest threat to Niki as the pair fought for the World Championship in a year packed with controversy and drama. In August, Niki crashed at the Nurburgring, suffering serious burns and lung injuries. His life hung in the balance, but with typical determination he fought back – and against the odds, just weeks later he was back in the cockpit at Monza.

In a dramatic rain-hit finale at Fuji, Niki pulled out of the race leaving Hunt to finish third and win the title for McLaren by a single point. Despite the on-track tensions, the two men would remain close friends.

Lauda and Hunt: fierce competitors on the track, close friends off it 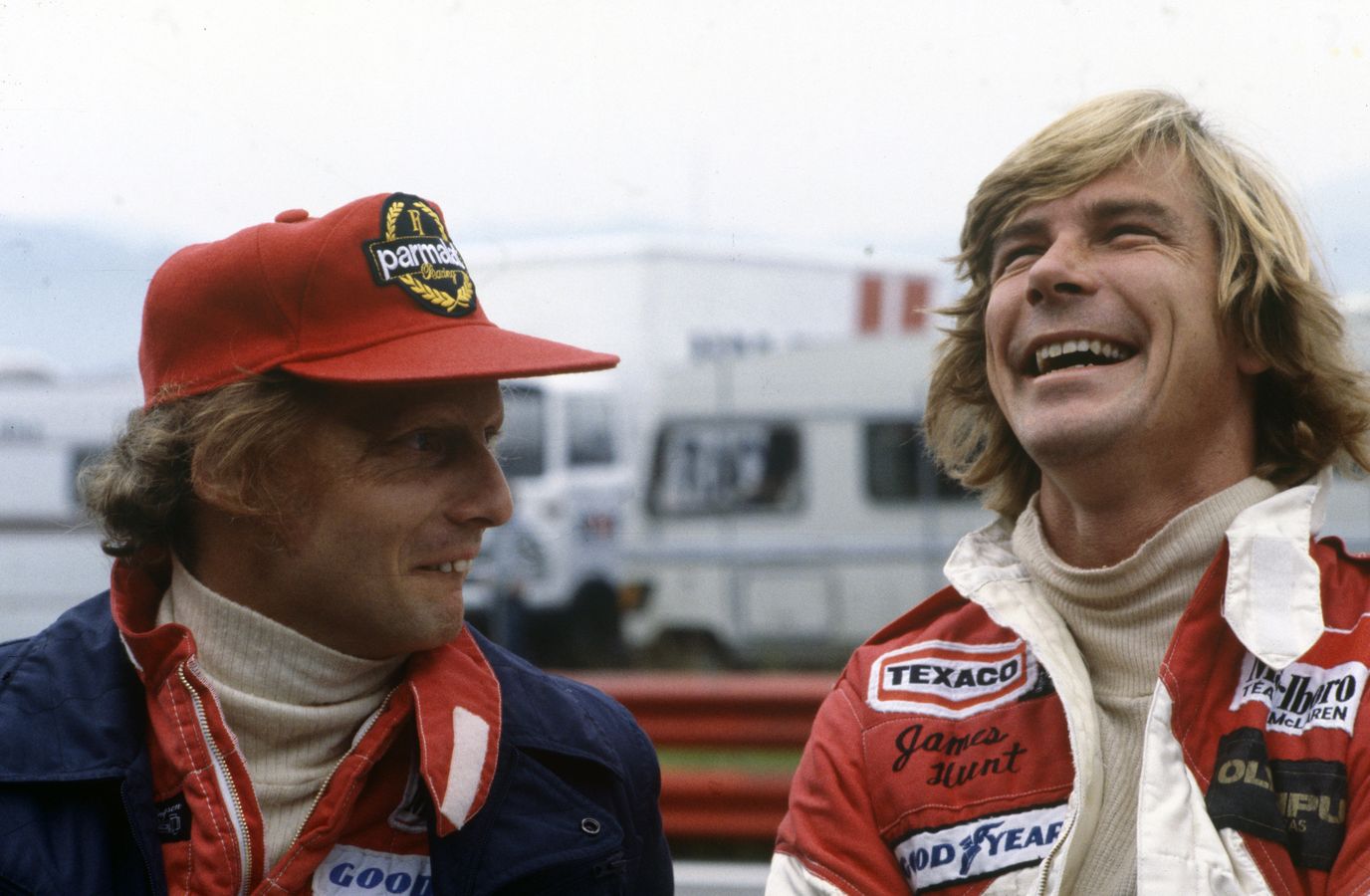 Lauda and Hunt: fierce competitors on the track, close friends off it

However, by the end of a fruitless 1979 season he had begun to lose interest in racing, and at the penultimate race in Canada he made an abrupt decision to retire and walk away from the sport.

Niki spent 1980 building up his airline, and he paid little attention to Formula 1. However, by the middle of 1981 he realised that motor racing was still unfinished business.

By now Ron Dennis was running McLaren, following a merger with his fledgling Project 4 operation. Dennis had got to know Niki well in 1979, when he fielded Niki’s car in the BMW M1 Procar series that supported grands prix.

That relationship led to a test at Donington in the MP4 on 16 September 1981. No longer race fit, Niki struggled to run many consecutive laps, but by the end of the day he was just a tenth shy of regular driver John Watson – and confirmed to himself that he did indeed want to come back. He soon concluded a deal to drive for McLaren in 1982.

Some were still sceptical about his return, but in his first race back at Kyalami in South Africa, he finished fourth – and third time out at Long Beach, he won. Niki won again at Brands Hatch, and eventually took fifth place in the World Championship.

Having won at Long Beach in 1982, Niki followed up at Brands Hatch in is comeback season 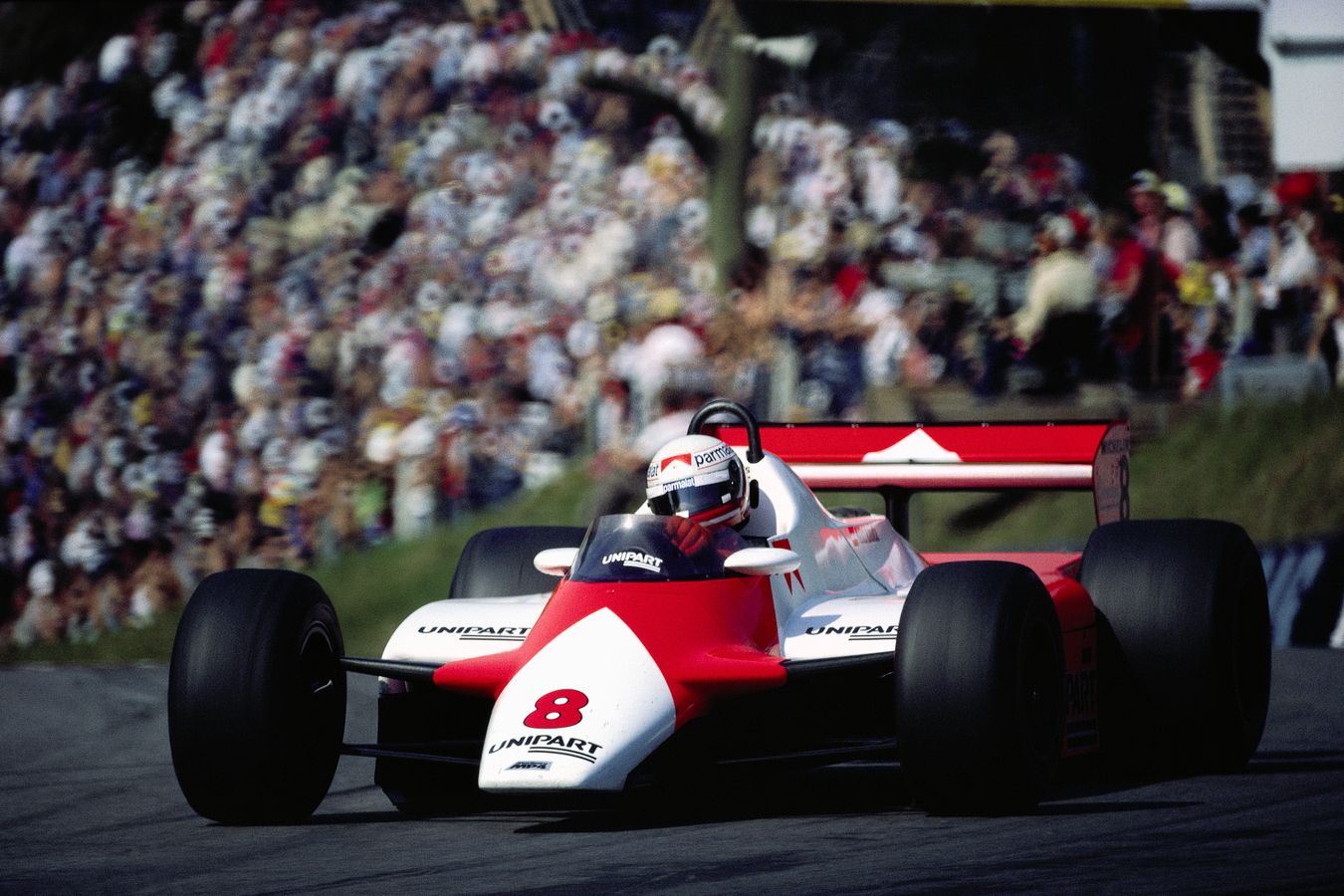 Having won at Long Beach in 1982, Niki followed up at Brands Hatch in is comeback season

The 1983 season started well for Niki with the MP4/1C, with third place in Brazil and second at Long Beach. However, by now the Cosworth-powered cars had little chance against the increasing ranks of turbos, and a string of mid-season retirements didn’t help.

However, McLaren’s own turbo project was well underway. With Niki’s encouragement, McLaren had commissioned Porsche to build a V6 engine, to a specification outlined by John Barnard. The new engine carried the name TAG Turbo in recognition of where the finance came from.

It was developed through 1983, and Niki pushed the team to race it as soon as possible. The prototype MP4/1E first appeared at Zandvoort in August, and while its first four races brought little in the way of results, the team conducted valuable development with the new package.

McLaren was thus able to hit the ground running with the MP4/2 in 1984 – when Niki was joined by a new team mate in the form of Alain Prost. The Frenchman had left Renault at the end of the previous season and was quickly snapped up by Dennis.

It was to be a fabulous season for the team, with Niki and Alain dominating the results and fighting for the title from the start of the year. Niki quickly realised that the Frenchman had the edge on pure pace over one lap and instead focussed more on having a good car for the race, and his approach paid off regularly.

He won five times, in South Africa, France, Britain, Austria and Italy, and in a dramatic finale in Portugal he did just what he needed to do by finishing second, claiming his third career title by just half a point. 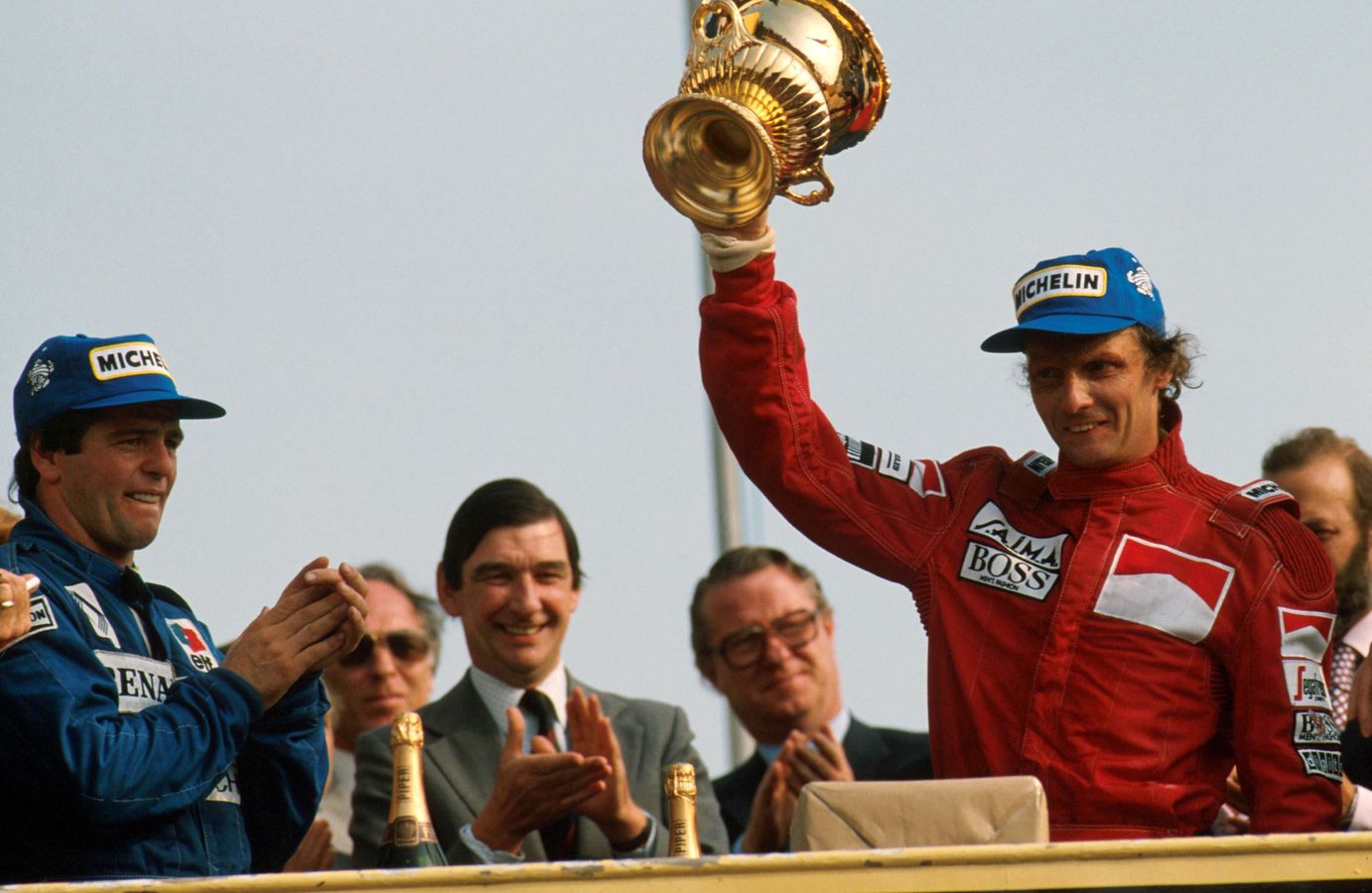 Niki endured a difficult season with the MP4/2B in 1985, suffering a string of frustrating non-finishes, while Alain continued to shine and went on to secure his first title. Feeling that he had achieved all he could in the sport, and with his focus turning once again to his airline business, in August Niki announced that he would retire at the end of the season. He then scored his only win of the season next time out in Holland. His final start came in the inaugural Australian GP in Adelaide, where he was running well until a brake issue led to contact with the wall.

Over the next three decades, as well as pursuing his airline interests, Niki would remain close to the sport, working in various senior management positions with Scuderia Ferrari, Jaguar Racing, and latterly Mercedes Grand Prix, where he played a key role in building the team that has won the last five World Championships.

Despite being a rival both on track and in business, Niki remained a friend of the McLaren team, and he will be much missed by all in Woking. The team extends its condolences to his family and his many friends in the sport.