Lando Norris began 2017 as the newly crowned McLaren Autosport BRDC Young Driver, and was expecting to make solid progress during his first season in the European Formula 3 Championship.

By the end of the year, he’d not only won the series – at the first attempt – but he’d also enjoyed two successful tests of the McLaren MCL32 Formula 1 car, finished runner-up in the prestigious Macau F3 Grand Prix, firmed up an assault on next year’s FIA Formula 2 Championship and a guest drive at the Daytona 24 Hours, alongside Fernando Alonso, become the National Driver Of The Year at the Autosport Awards, and signed on as McLaren’s 2018 test and reserve driver.

Not a bad year’s work for an 18-year-old. Here, he gives a recap on his sensational 2017, and his hopes for the year ahead:

You’re staying with Carlin Motorsport for Formula 2 next year – how pleased are you to remain within the family for another season?

“I’m very pleased. Confidence-wise, it gives me a bit of a boost. At the start of this year, we kind of weren’t at our best, but we really worked our way up. That’s the plan for next year as well. I’m definitely pleased I signed with Carlin – for everyone there and for myself it gives us a lot of confidence.”

Is the Formula 2 title a realistic target for 2018?

“It’s hard to say until I get to the first race. But I’m confident in what the team can do set-up wise; obviously, we’re quite limited with testing, but it’s a brand new car, which makes it a bit more of a level playing field for everyone.

“The aim is to win – but I think that’s going to be quite tough. I think top three would be more realistic. But I said that this year and ended up winning…

How important is it to maintain your title momentum next year?

“I would like to; it’s something good to have. The other day, I said if I wanted to prove I were as good as Charles Leclerc or better, then I needed to win. And I think if I were to win with Carlin then I’ll have probably proved I’m better, because it’d be with a team that doesn’t really know where it sits in the F2 hierarchy.

“But F2 is a much tougher category than F3, with a lot more variables. It’ll be tougher to win as many races as in the past, but Leclerc has proved he can do it. I don’t have any doubts that Carlin will be strong next year, especially from the mid-point in the season, when they should be as strong as somebody like Prema.” 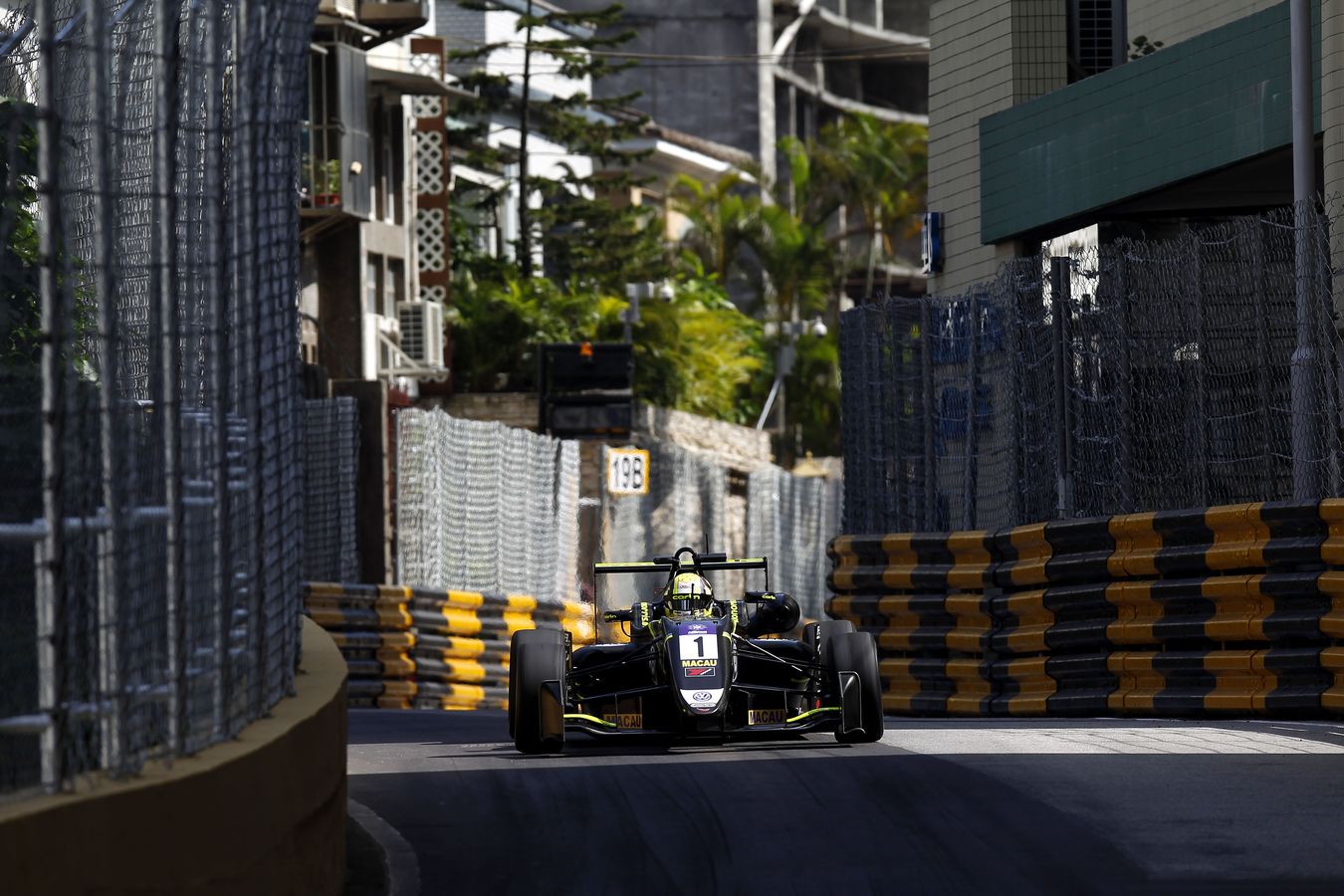 Next year you’ll be racing with a halo for the first time – what do you think about it?

“I’ve never driven with it so it’s hard to say, but I don’t really like it. Some people have said it’s okay; other people don’t like it because it makes their vision worse. I think it ruins it. But we have to deal with it, so there’s not much that can be done.”

You're driving alongside Fernando Alonso in United Autosports’ Daytona 24 Hours entry next year. What are your expectations for that race, particularly alongside such an illustrious team-mate?

“Obviously, I’d like to do well, but I think it’s a more of good opportunity to learn from Fernando. I definitely don’t want to let that opportunity go to waste.

“But, at the same time, I’d like to prove what I can do against him, especially in qualifying. Daytona is a team game, so I realise that we’ll be sharing the seat and working together. But I’d like to think there’ll be a bit of a competition about who can do a better job in practice and qualifying.

“Whoever does the best has done the best, but it’s still a great opportunity to learn not from him.”

You’ve already tested the United Autosports car, what were your first impressions of a sports car?

“It felt pretty good. We were quite limited with testing, so I didn’t get to do as much as I would’ve liked. But I still got a bit of an understanding; going into the event, I’m already more prepared than what I would otherwise have been.

“My pace compared to others is a bit hard to predict, because we weren’t running new tyres, or the same fuel-loads, so I don’t really have a direct comparison against Filipe Albuquerque, who was also driving at the test, and is basically the baseline. But against the others, I think my pace was pretty good for my first day, so I think it should go well in Daytona.”

It’ll be your first time at Daytona, driving in a sports car race – what are you expecting?

“It’s probably the biggest race I’ve ever done. So if we did win, it’d definitely be one of the highlights of my career. It’s a weird race because you never win within the first 22 hours, the race is only won in the last two hours, because you can unlap yourself under the Safety Car, which is quite a rubbish rule.

“So it’ll be about trying to make it to 22 hours, then putting the best driver in for the last two, because that’s when the race is won. I think it will be a fun race, a fun few weeks, and the aim is to win.”

How useful will it be to be working alongside Fernando Alonso?

“I’ll get to know a lot more about the work ethic of a Formula 1 driver. And, even though he’ll be driving a different car, he’ll still want to do as well as he can. He’ll particularly want to beat his team-mates, and he’ll work as hard as he can to improve the car. Wherever I can, I’ll try and take onboard everything he does.”

British teenager becomes youngest ever to win the title

We catch up with our 2018 test and reserve driver

"Already looking forward to the start of the next chapter"