Inside the McLaren clothing department

Job details: Providing team kit to McLaren employees. Our main concern is the race team and the drivers – making sure they’re all up to speed branding and clothing wise.

Today I’m...: Today I’ve been organising the drivers' Hugo Boss suits, making sure they have everything they need down to cufflinks, shoes and belts, so I’ve been packing that up. We’ve also been signing clothing back in from the previous Grand Prix in Monaco; making sure all the items are there, that the the Tag Heuer watches are stored back safely. Making sure the team look smart and fresh, that their suits don’t look tired, and replacing anything that’s looking worn with new stock.

Best moment of the day: Being around the team and the drivers. Turning around in the cafeteria and bumping into Jenson is a pretty cool part of the day! And dressing all the guys – seeing them on Sky Sports F1 during a race and knowing you’ve helped be a part of it all is a good feeling.

Favourite McLaren moment: One of my favourite McLaren moments was when I was new to the company and seeing the drivers, the overalls, and generally how this building operates. I think that was a pretty breathtaking moment, just witnessing how this place functions and the amount of people that are catered for.

Favourite race: It was 2 years ago, in Canada [2011]. Torrential rain stopped the race and then Jenson came back out and just flew past the other cars on track. Vettel ran wide at turn 6, and then Jenson took the win. That has to be my favourite race. 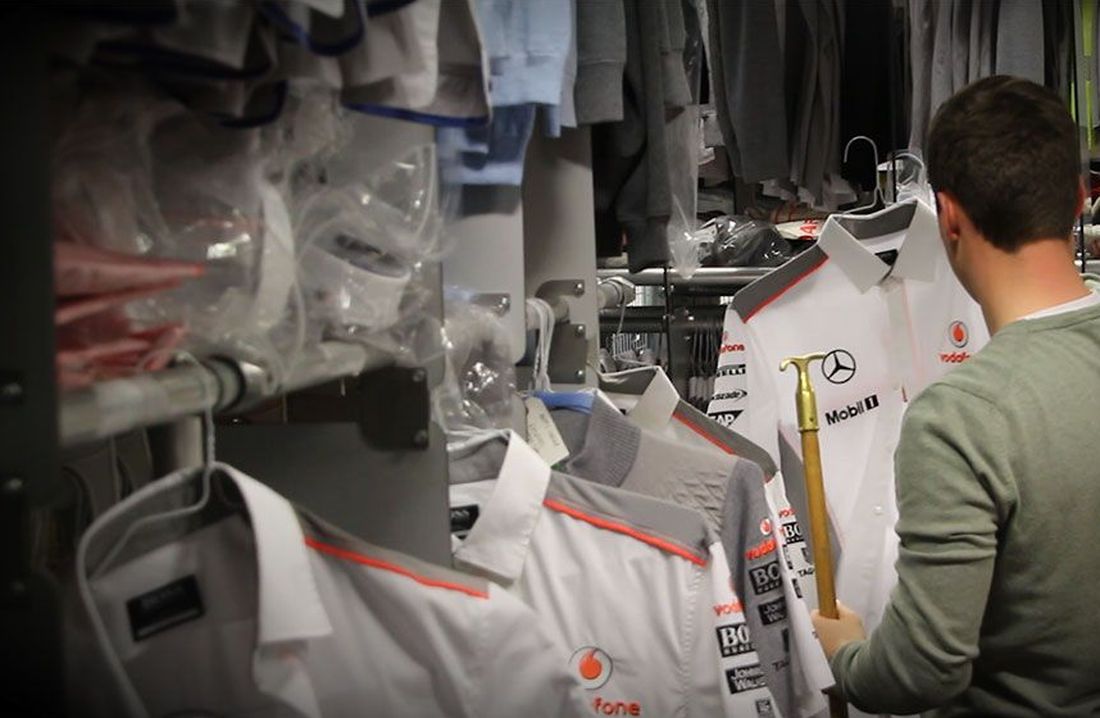