But an F1 fuel needs to do more than just deliver power – it needs to maximise efficiency, and it’s by specially blending the formulation that the fuel is able to run lean yet still deliver performance.

The same balanced approach is also true of a Formula 1 car’s lubricants.

Precisely machined components of aluminium and titanium may slot together beautifully when they’re sat inert and static, but drive them at upwards of 15,000rpm and they need a fine film of lubricant to guard against grinding themselves to pieces.

But balancing those amounts is tricky: applied too thinly, and the parts will quickly scream their objection; make it too thick and you risk wasting valuable energy fighting the forces of friction in order to move cleanly.

McLaren has worked with tribologists and engineers over the decades, deftly concocting and refining a suite of synthetic oils and greases, and fuel, that have made them class-leaders within the sport.

But just what’s in those cans? Let’s take a closer look.

An unleaded race fuel – not hugely dissimilar to regular pump fuel bought at your local forecourt – but created using tighter restrictions, and identified by its own unique fingerprint to ensure rules compliance throughout the season.

Formula 1’s stringent fuel regulations – each driver is allowed 100kg per race, and is limited by a strict fuel-flow restriction – mean that efficiency and economy have become as important as all-out performance.

Employing an aggressive philosophy to fuel development – aiming to continually deliver improved performance, while also maximising the benefits derived from improved efficiency, to deliver the best all-round fuel on the Formula 1 grid. The fuel has been formulated to deliver performance under lean conditions, with combustion taking just half a millisecond (0.0005s) without igniting spontaneously, known as engine (or fuel) knock.

In addition, tribologists use additives within the fuel blend to better maintain the engine’s internal surfaces. Keeping the engine clean during a race is an important as it avoid a steady degradation of power caused by worn and dirty internals.

Fuel is injected into the engine more than 500 times per second. The power generated from the fuel is enough to boil a cup of water in the blink of an eye. During a grand prix, the McLaren MP4-31 will use less than two kilos of fuel on every lap.

In a sport where the tiniest, incremental improvements can yield a lap-time advantage, fuel and lubricant efficiency is essential.

After all, if you can shave a fraction of a second from the single movement of a part within the power unit or the gearbox, you can amplify that effect by tens of thousands of times each and every minute. By the end of a two-hour race, that tiny increment turns into quite a valuable asset.

Engine oil is the essential ingredient in the reduction of friction within Formula 1’s state-of-the-art 1.6-litre turbo-charged V6 engines. It cools more than 300 moving components, withstands forces more than 8,500 times greater than the force of gravity, and has been designed to help increase power, improve efficiency and minimise wear to all moving parts, meaning that the engine can continue to deliver optimal performance.

Yet all that separates those gear teeth from grinding themselves to oblivion is a film  just 20 micrometres thick – about half the thickness of a human hair.

Running at over 200 bar and 100° C (212° F), hydraulic oil is an essential part of the hydraulic system which controls gear shift, clutch, differential, power unit control actuators, rear brake control system, and the operation of the Drag Reduction System (DRS) and steering systems.

During a grand prix, an F1 driver changes gear between 2500 and 4000 times. At a track like Montreal’s Circuit Gilles Villeneuve, which pummels the gearbox with lots of long, heavy straightline drags, and ratatat stops into tight corners, the drivers change gear on average every 1.3 seconds.

A heat-resistant layer of semi-solid synthetic lubricant that operates in some of the highest-temperature areas on the car.

Grease lubricates the four heavily loaded tripod joints on the car’s drive-shafts. These are sited in close proximity to the power unit’s exhaust system and the brake discs – both areas of extremely high operating temperatures.

The 220 grease is used to minimise rolling resistance in the car’s ceramic wheel bearings – helping to reduce friction and increase speed.

Each wheel on the McLaren-Honda MP4-31 is lubricated by a drop of grease that would fit on the head of a pin. 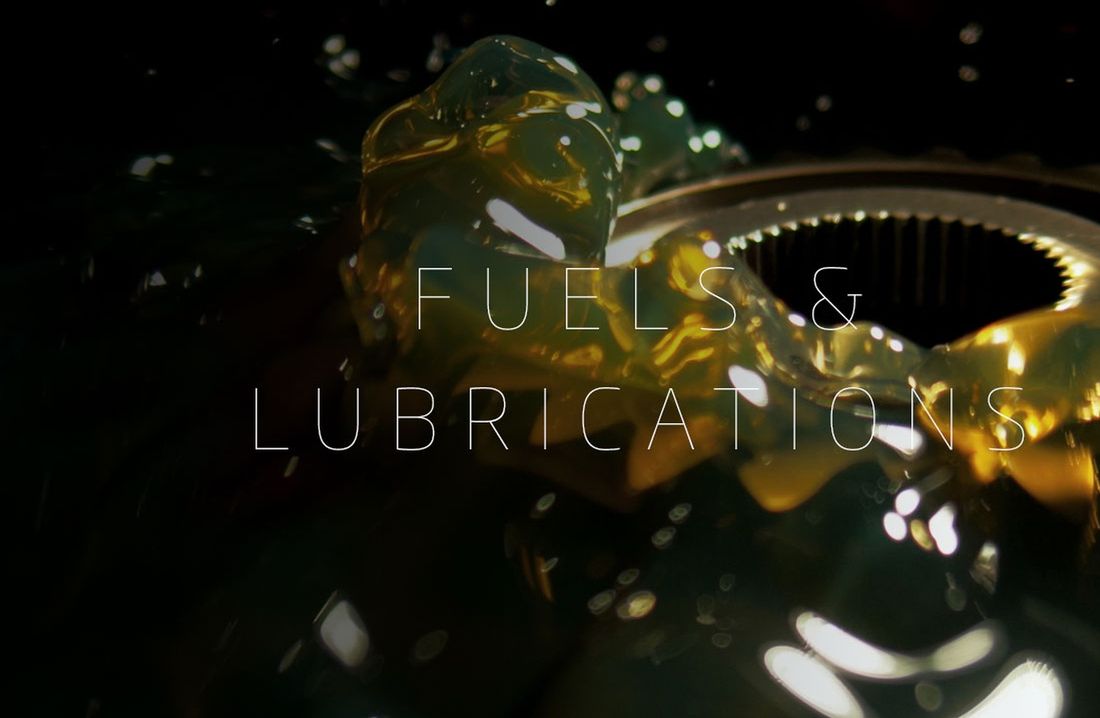